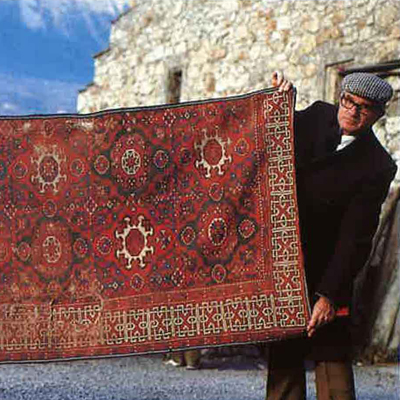 In memory of the noted Oriental carpet collector, Dr Marino Dall’Oglio of Milan, who passed away peacefully on Thursday, 21st November 2013, we publish here five articles written by him. The first, on ‘White Ground Anatolian Carpets’  was first given as a paper to the 1983 London ICOC, and was published  in 1986 in Oriental Carpet and Textile Studies II: Carpets of the Mediterranean Countries 1400-1600. The second article, ‘A Discovery at Sion’, featured in HALI Issue 27 in 1985. Dr Dall’Oglio’s Wher Collection was one of the most important and wide ranging assemblies of classical, historical, tribal and village oriental carpets formed during the second half of the 20th century. 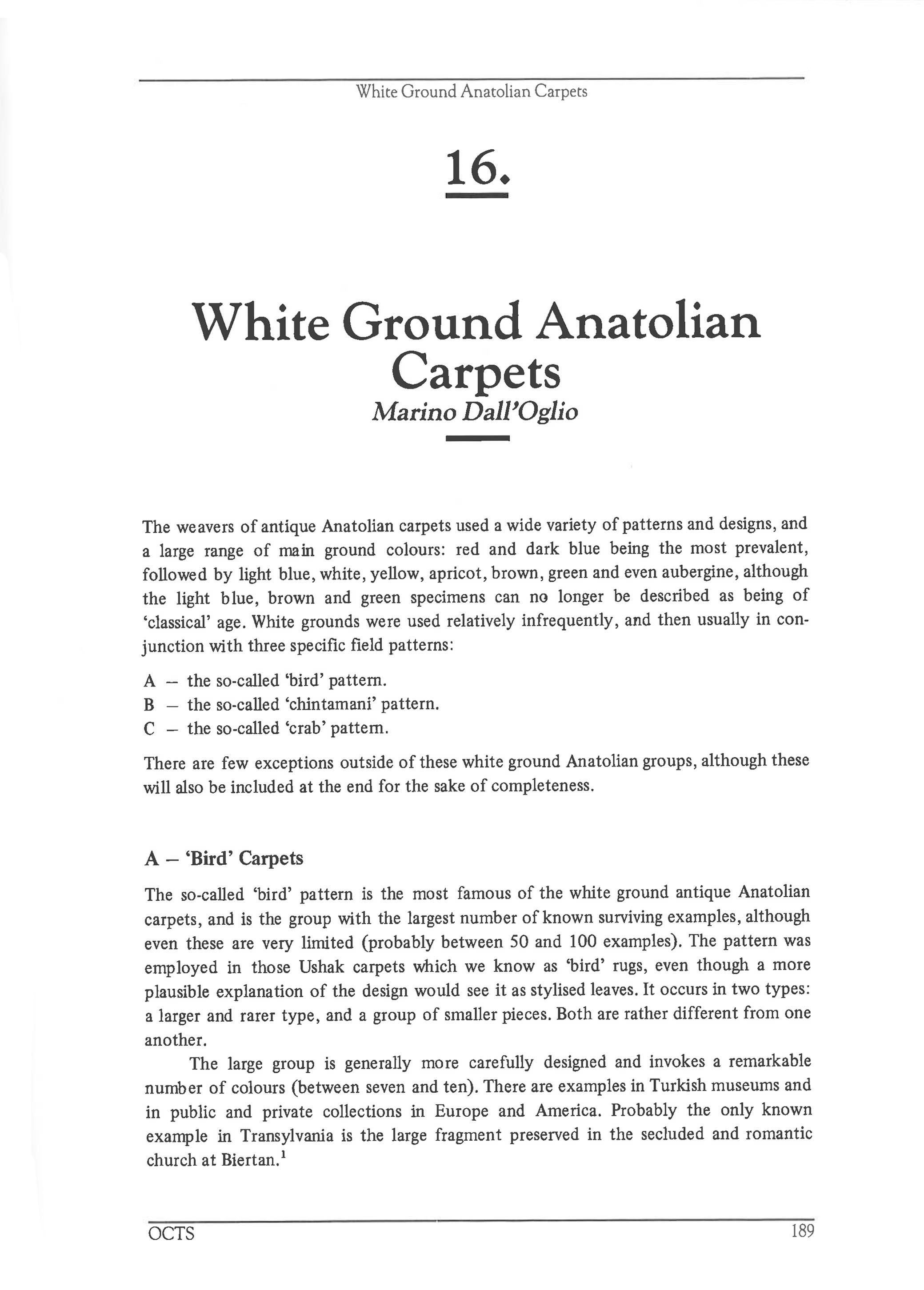 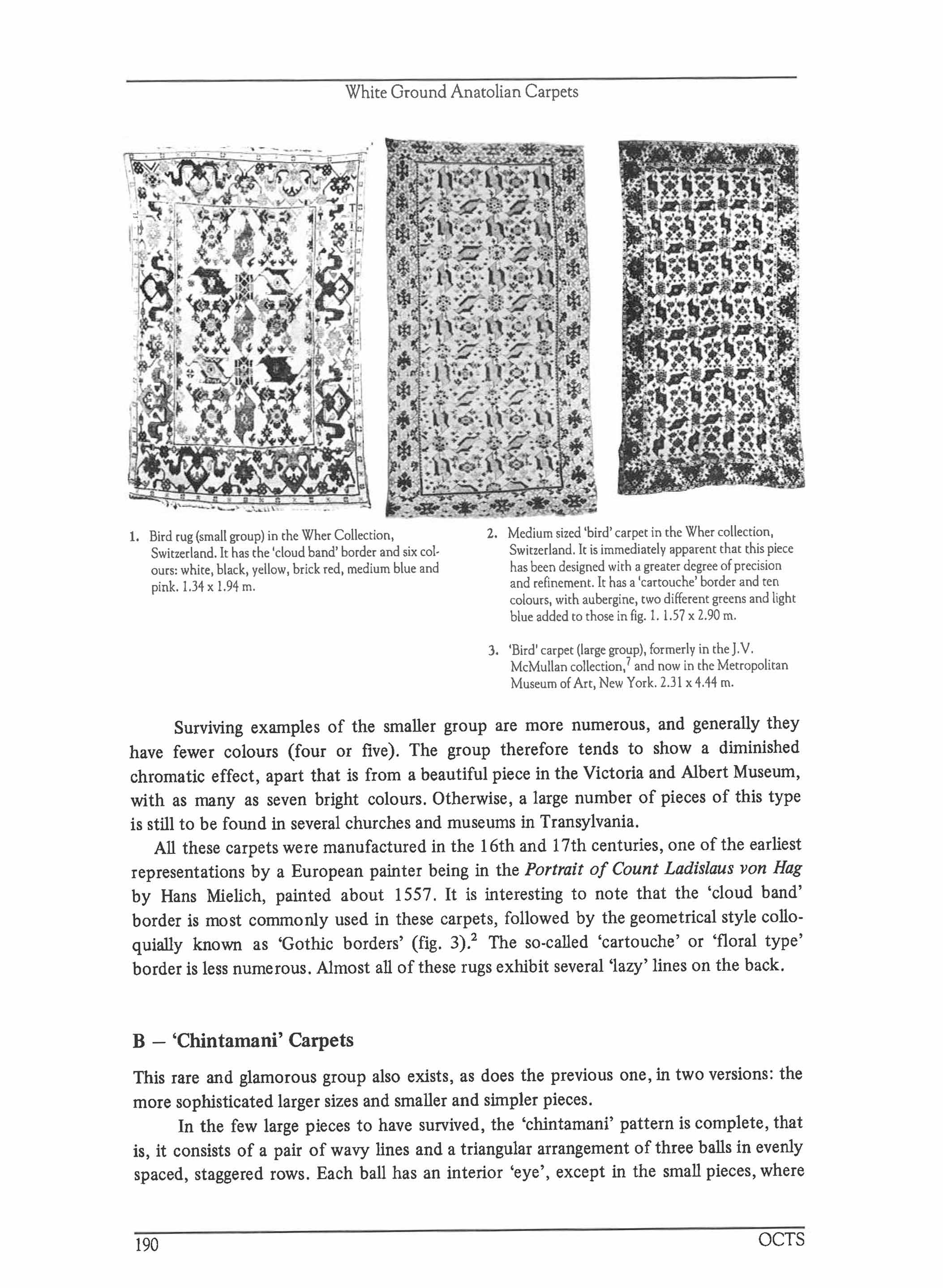 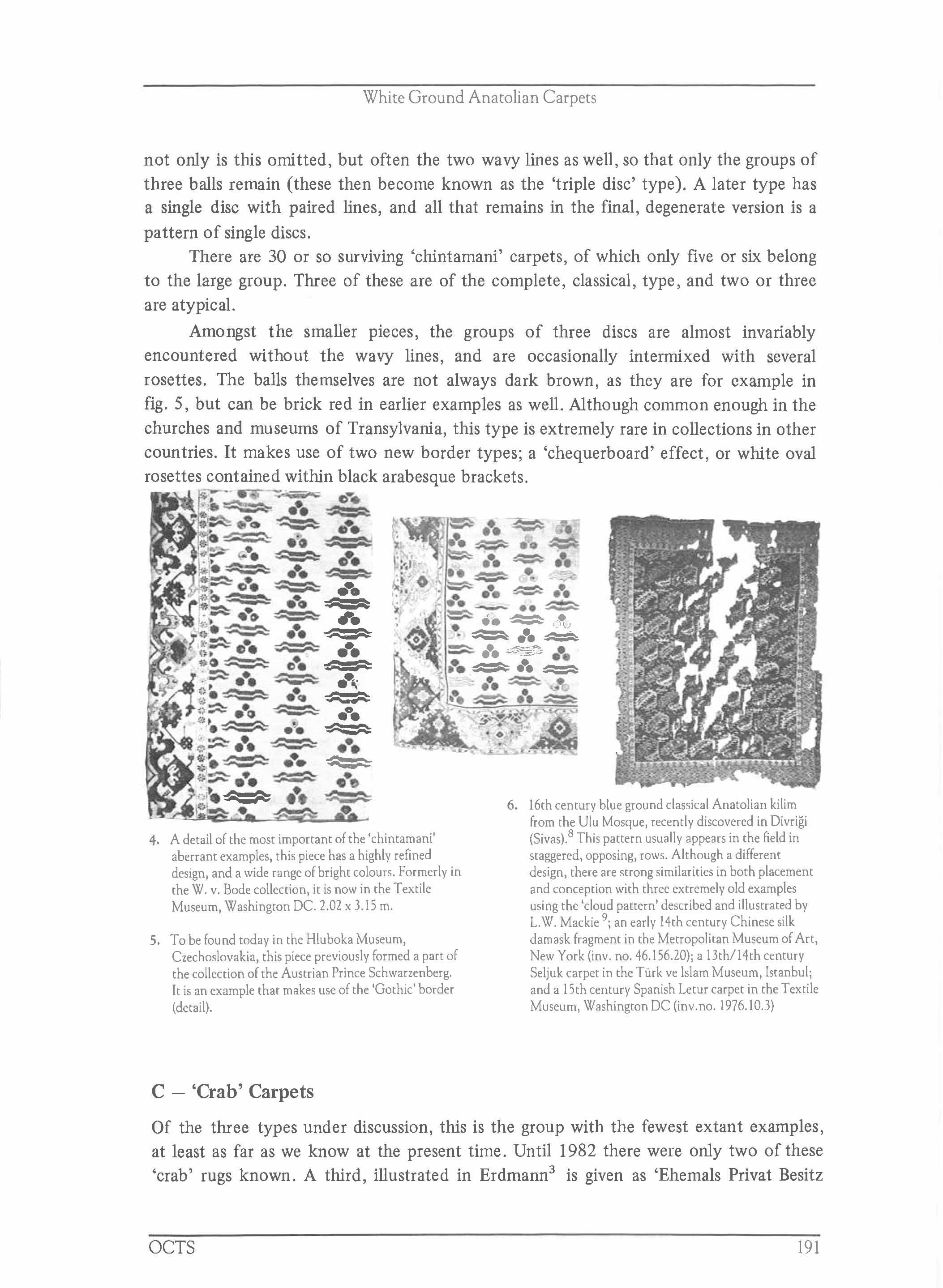 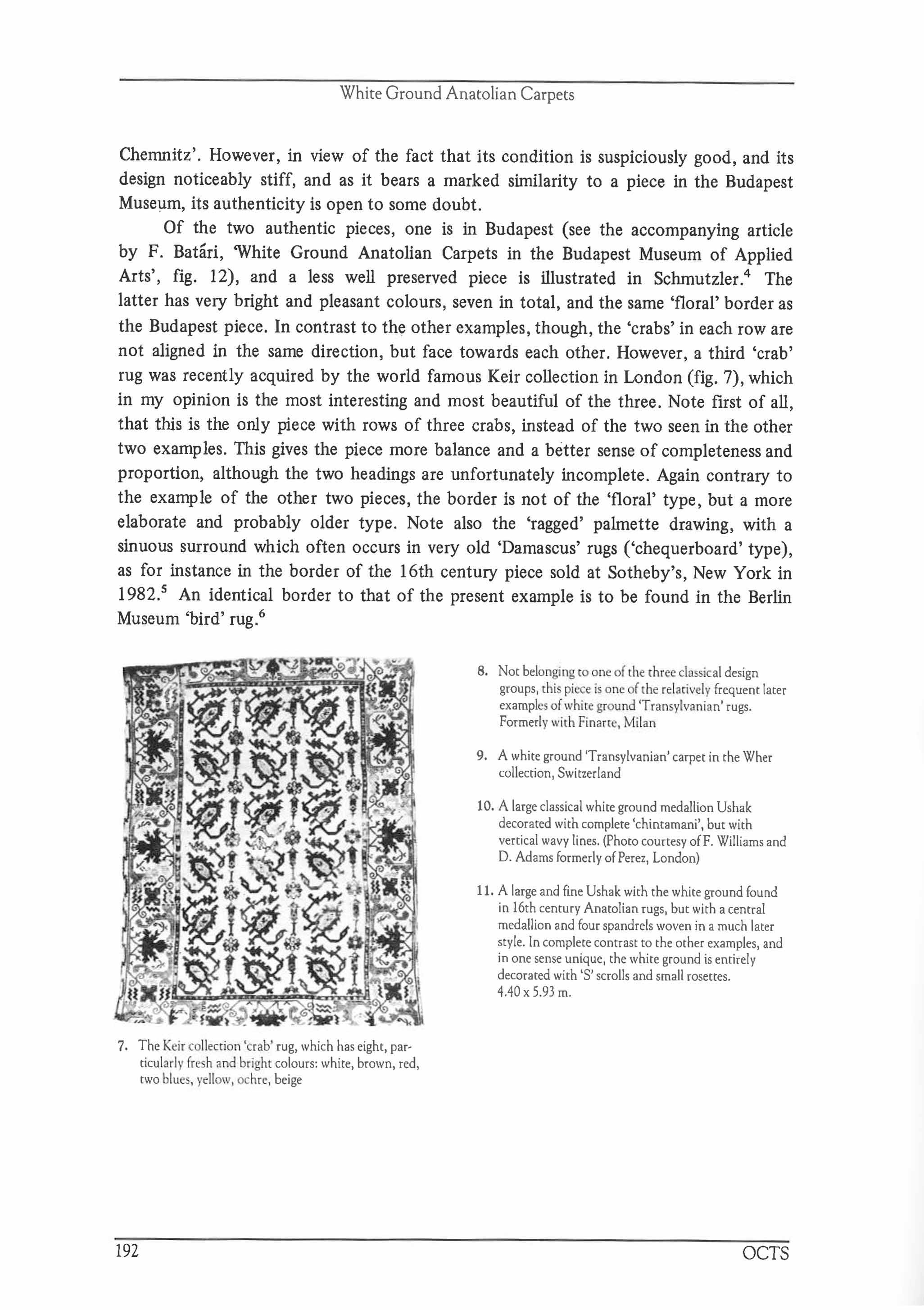 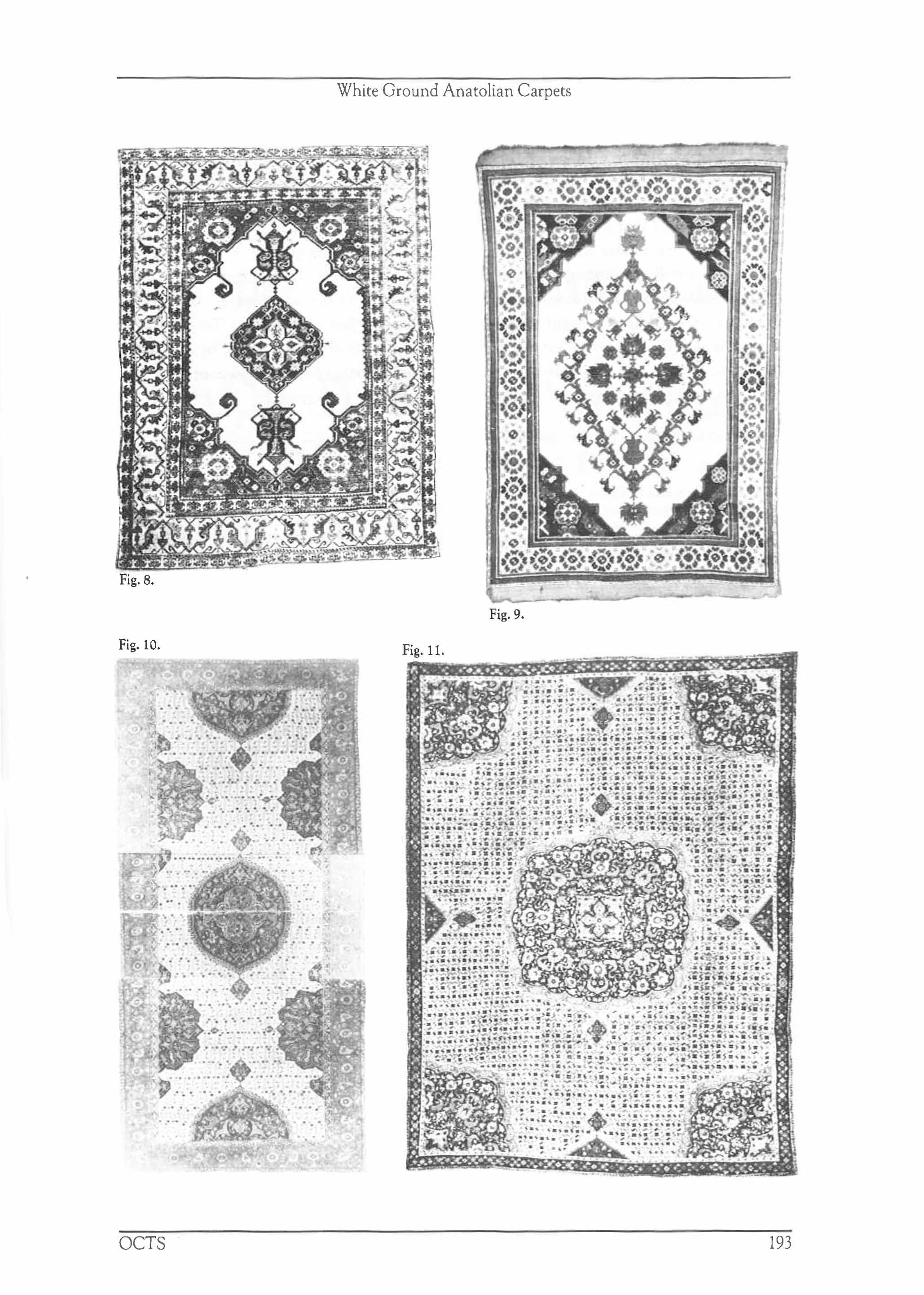 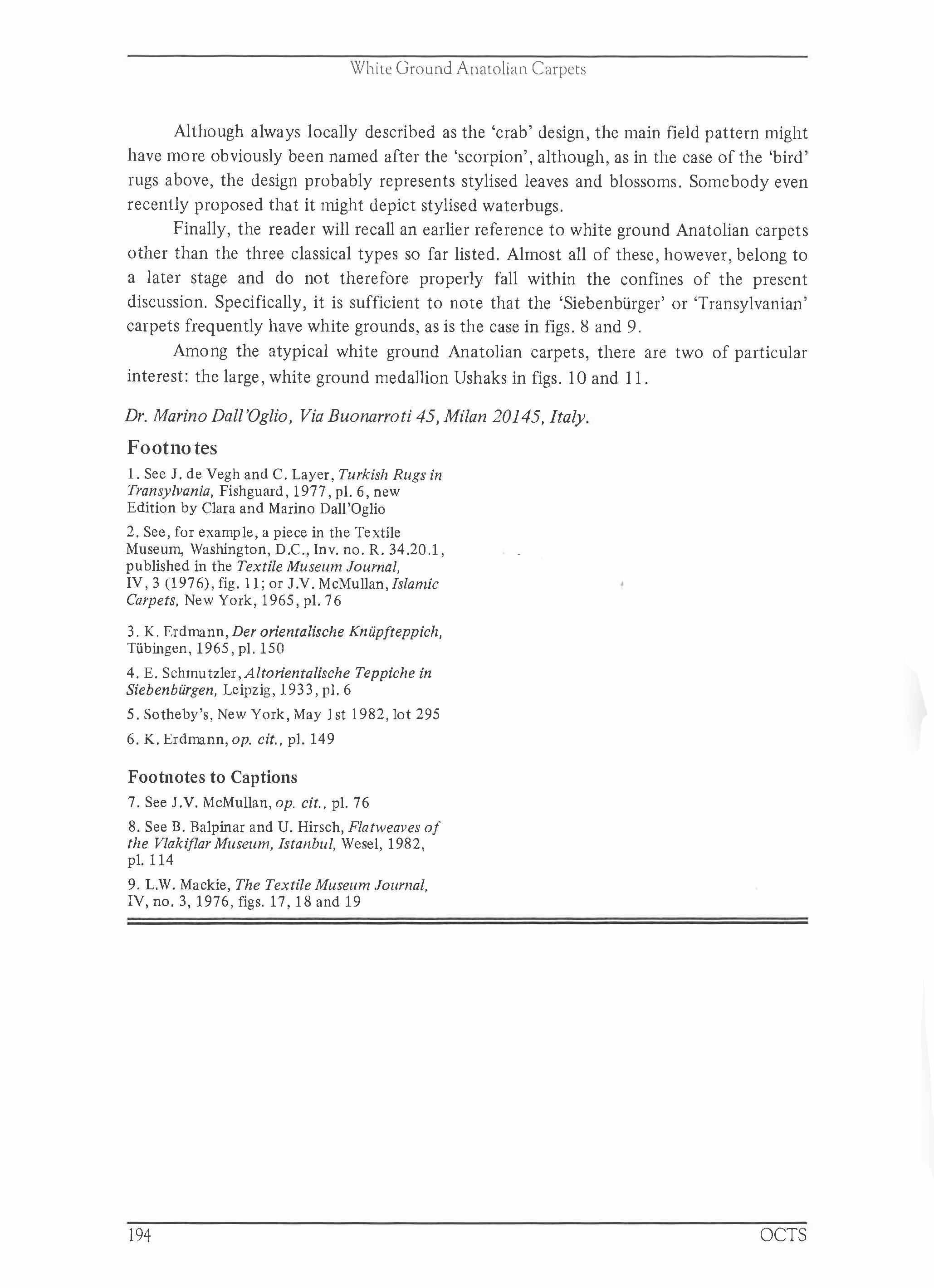 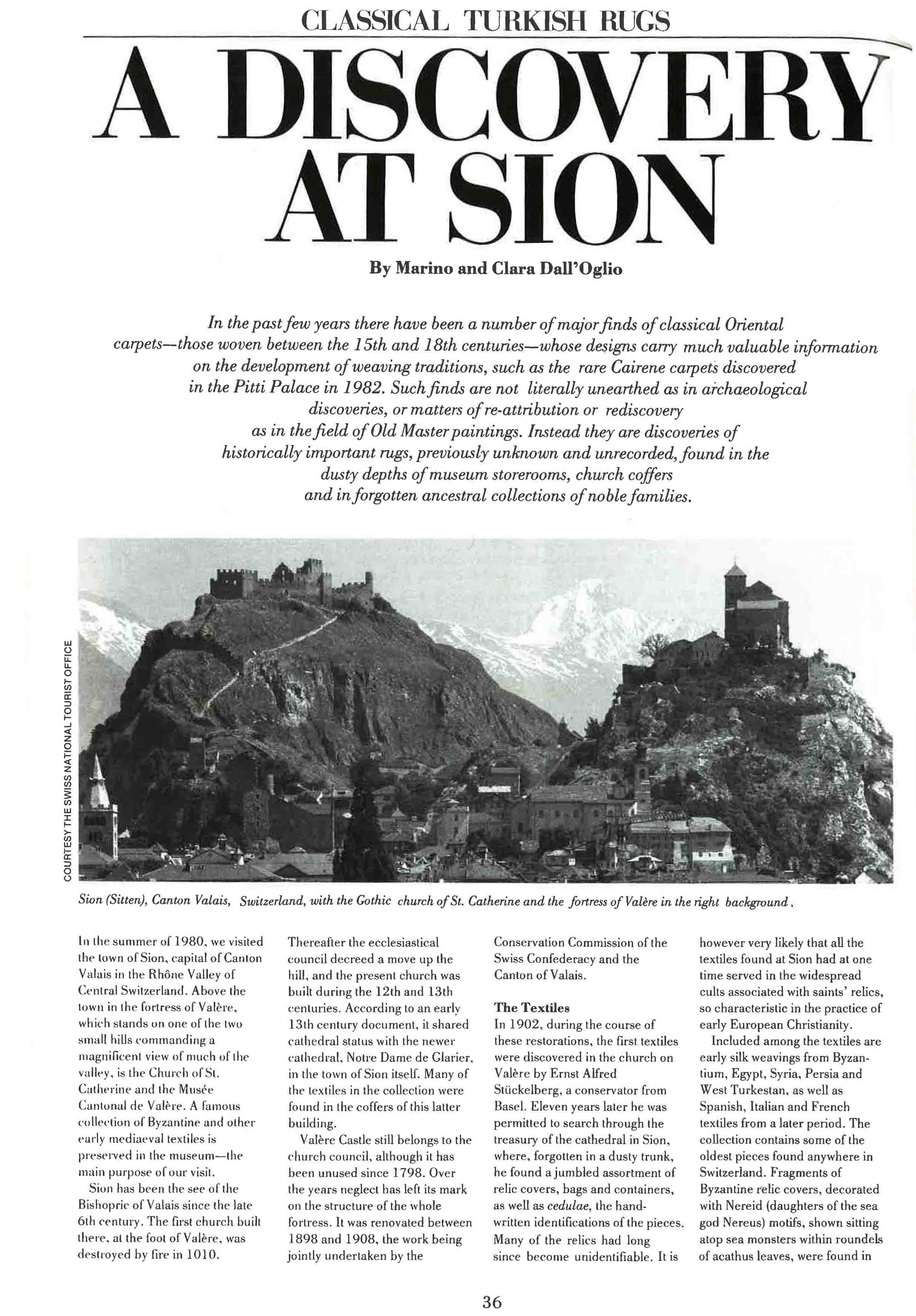 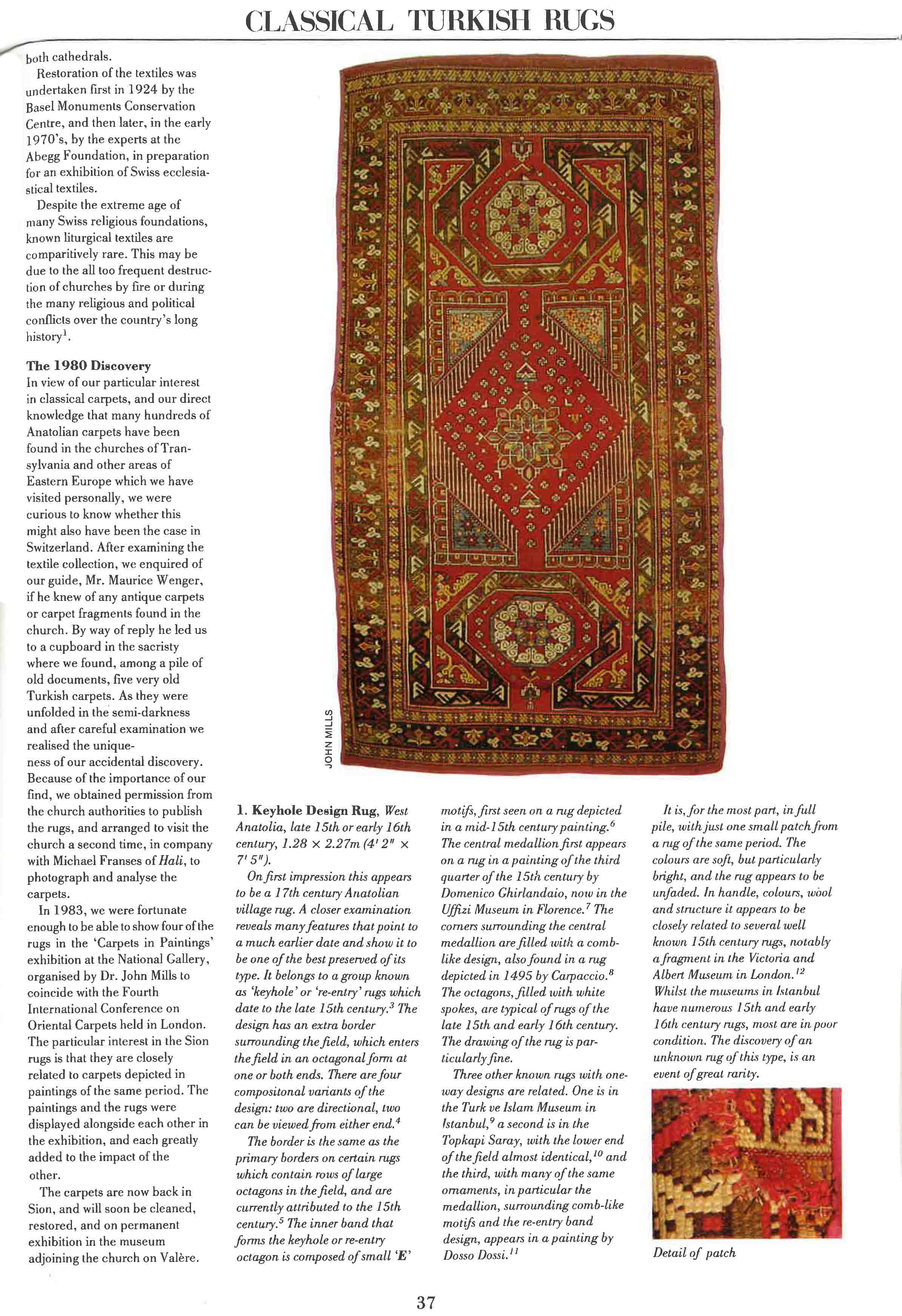 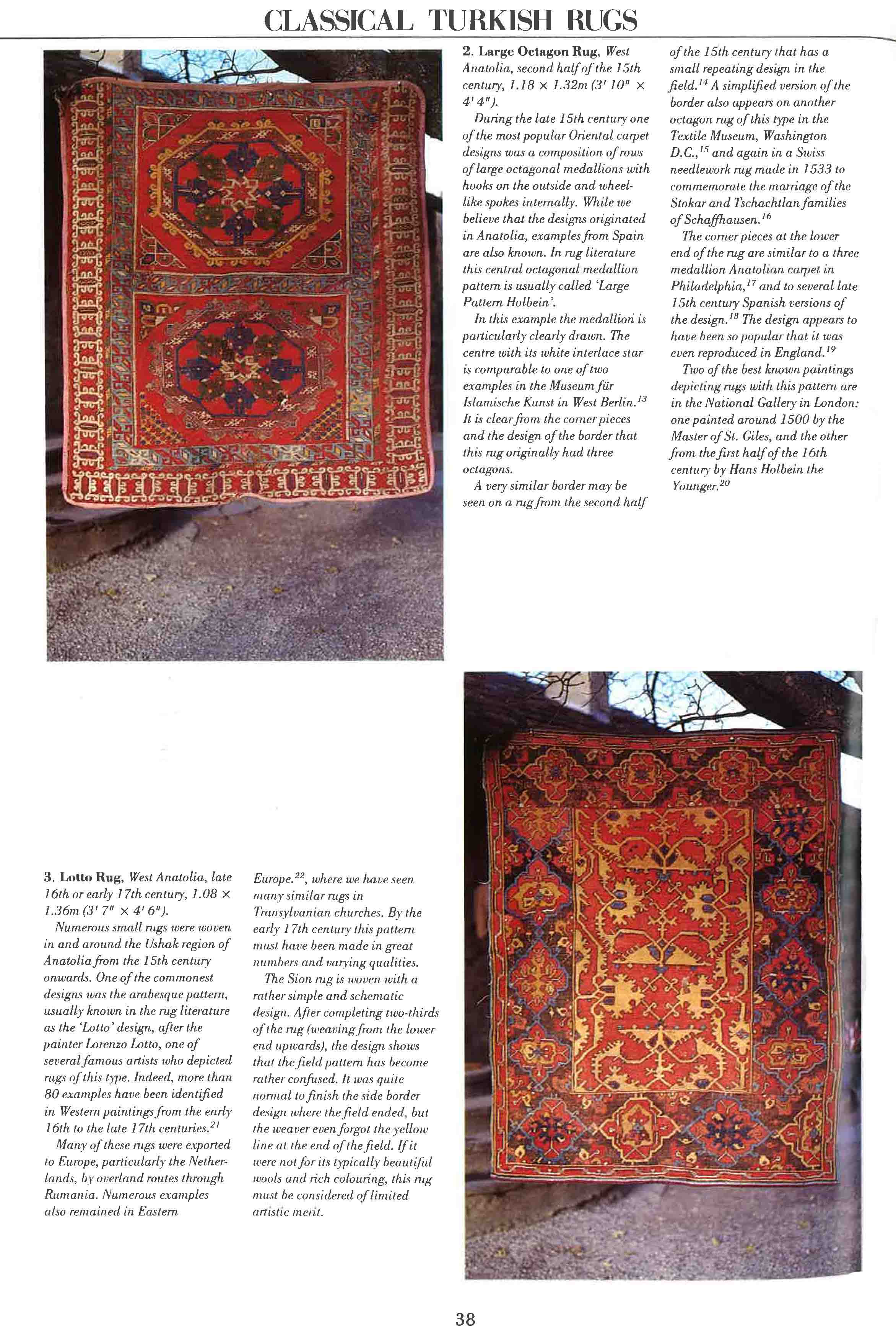 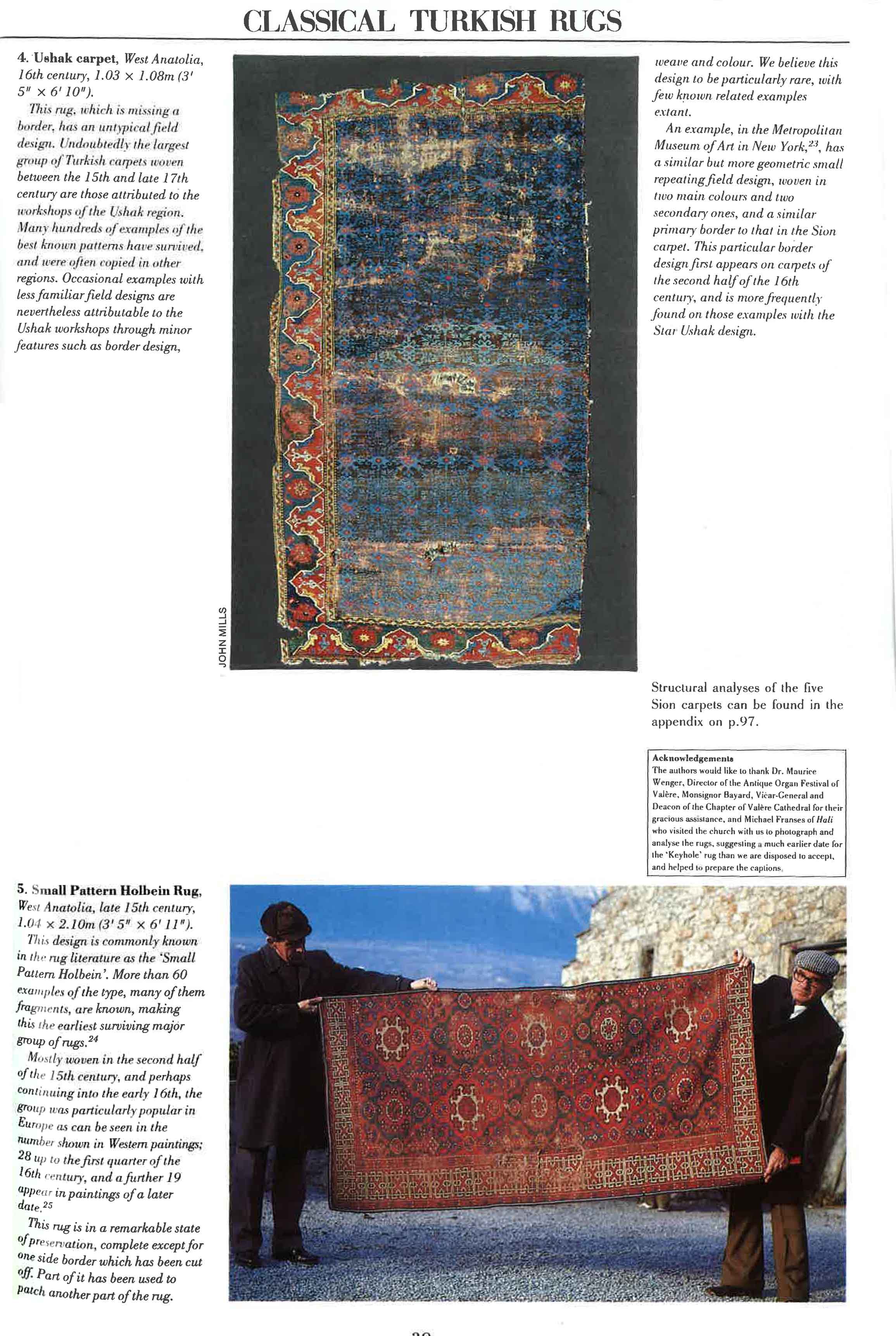 Transylvanian Rugs- Some Considerations and Opinions, featured in HALI Issue 3 in 1978 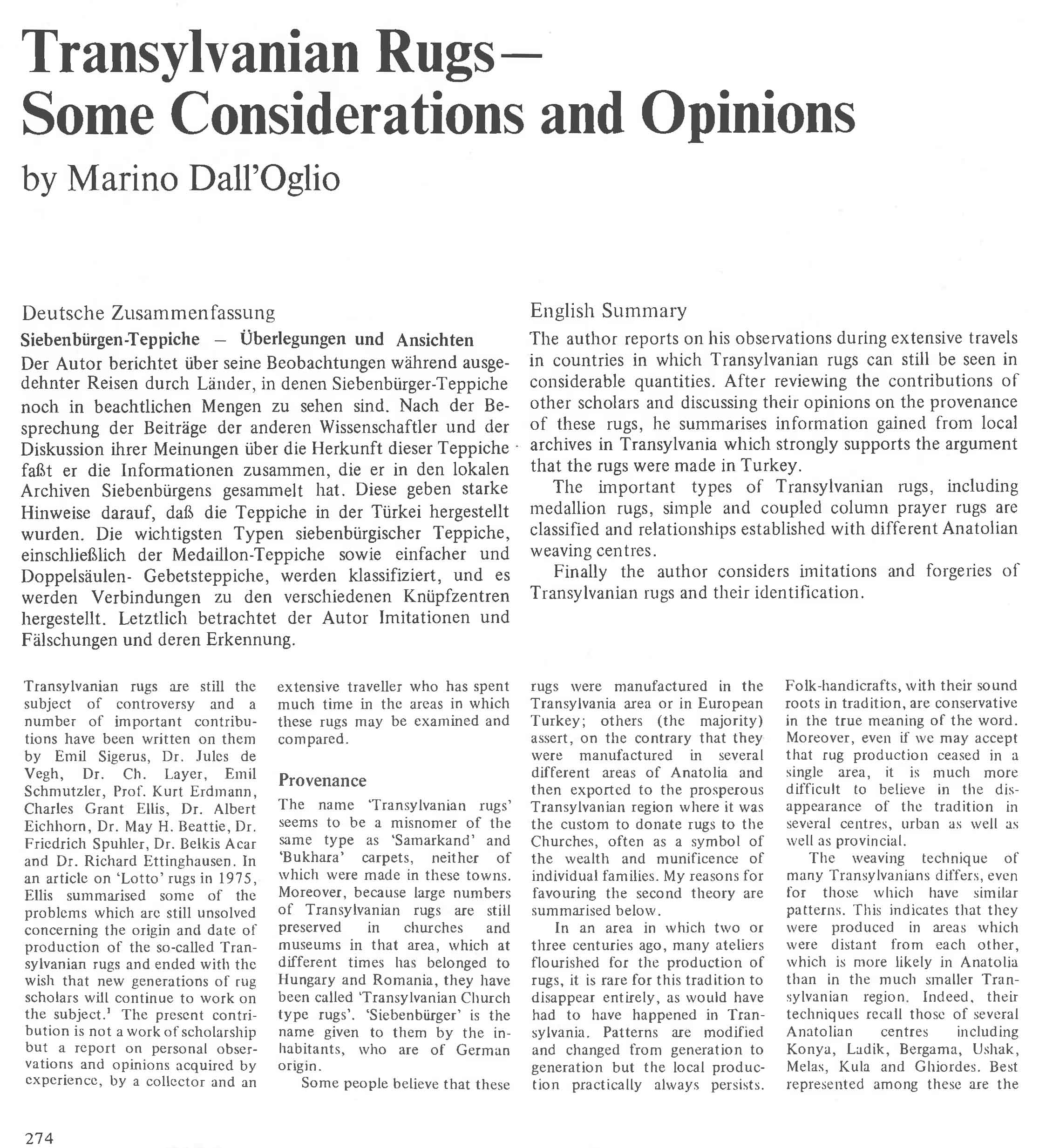 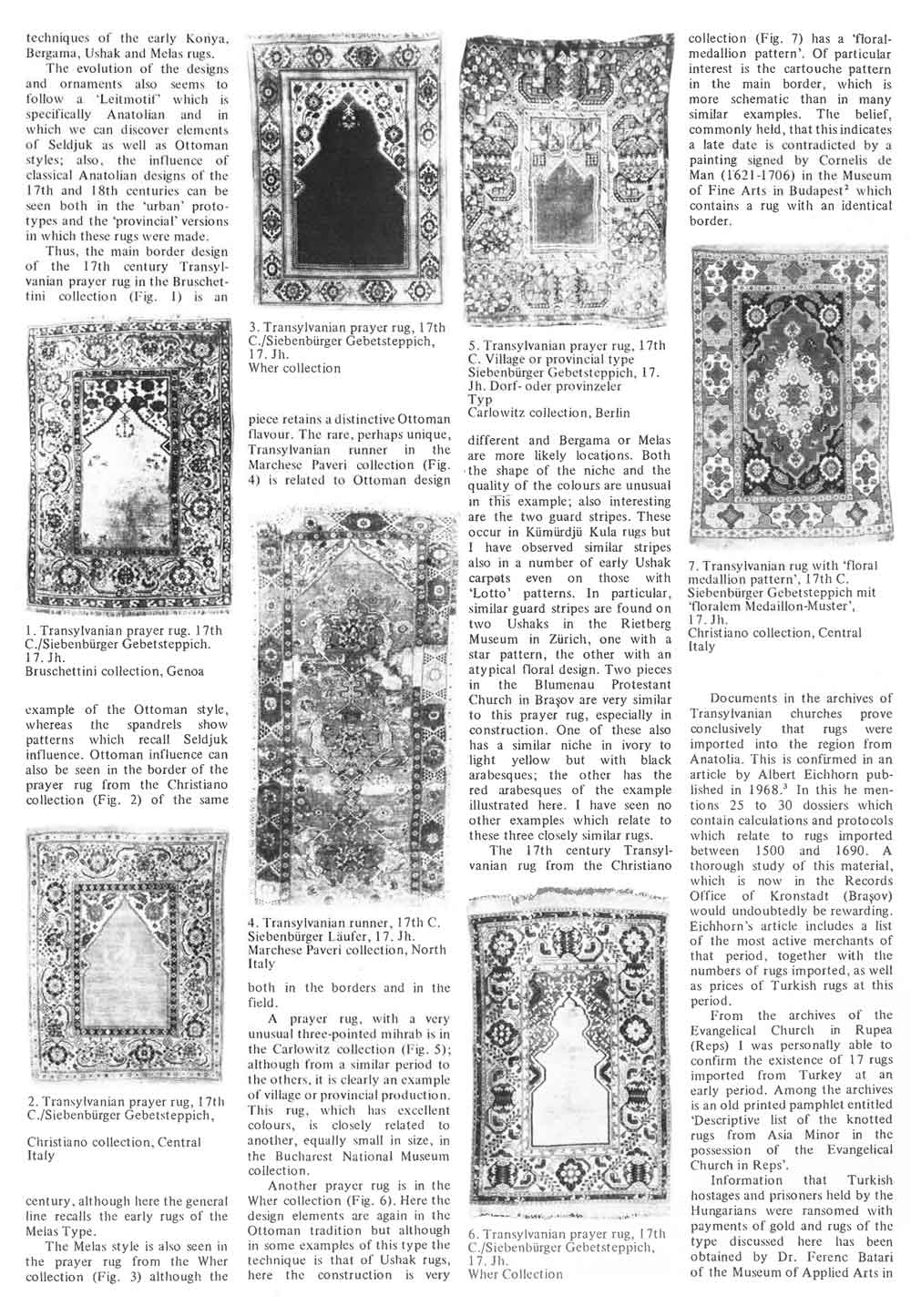 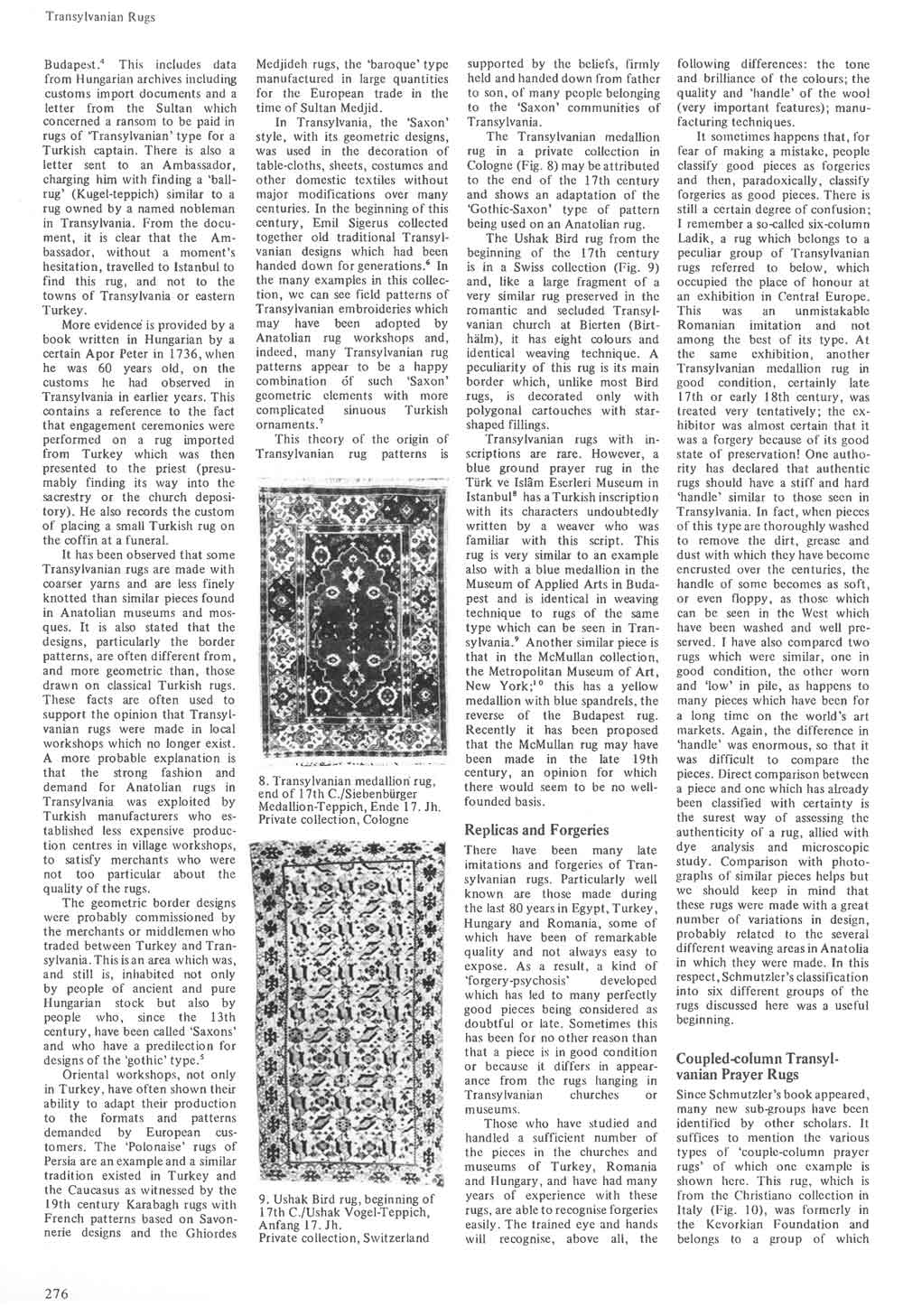 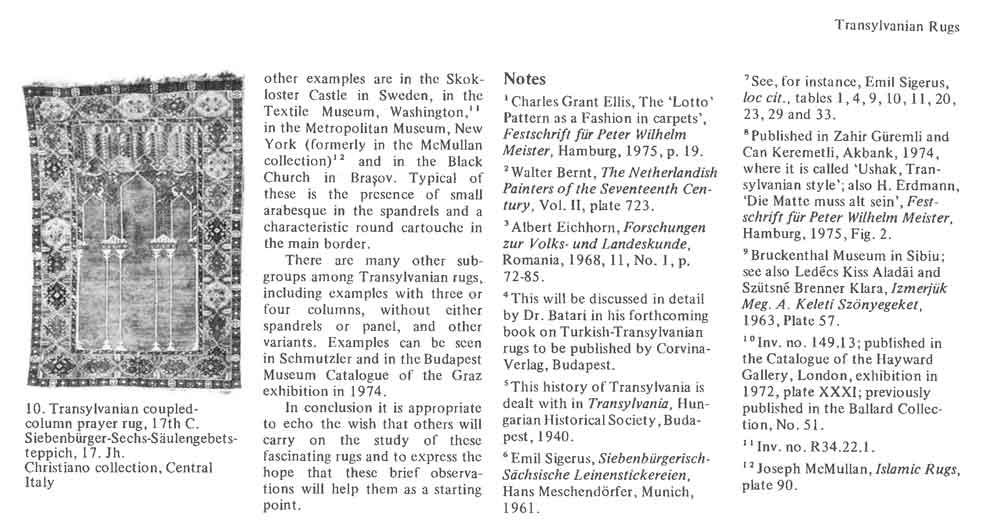 A White Ground Dragon Carpet: a study of design and relevant comparison, featured in HALI Issue 5 in 1979 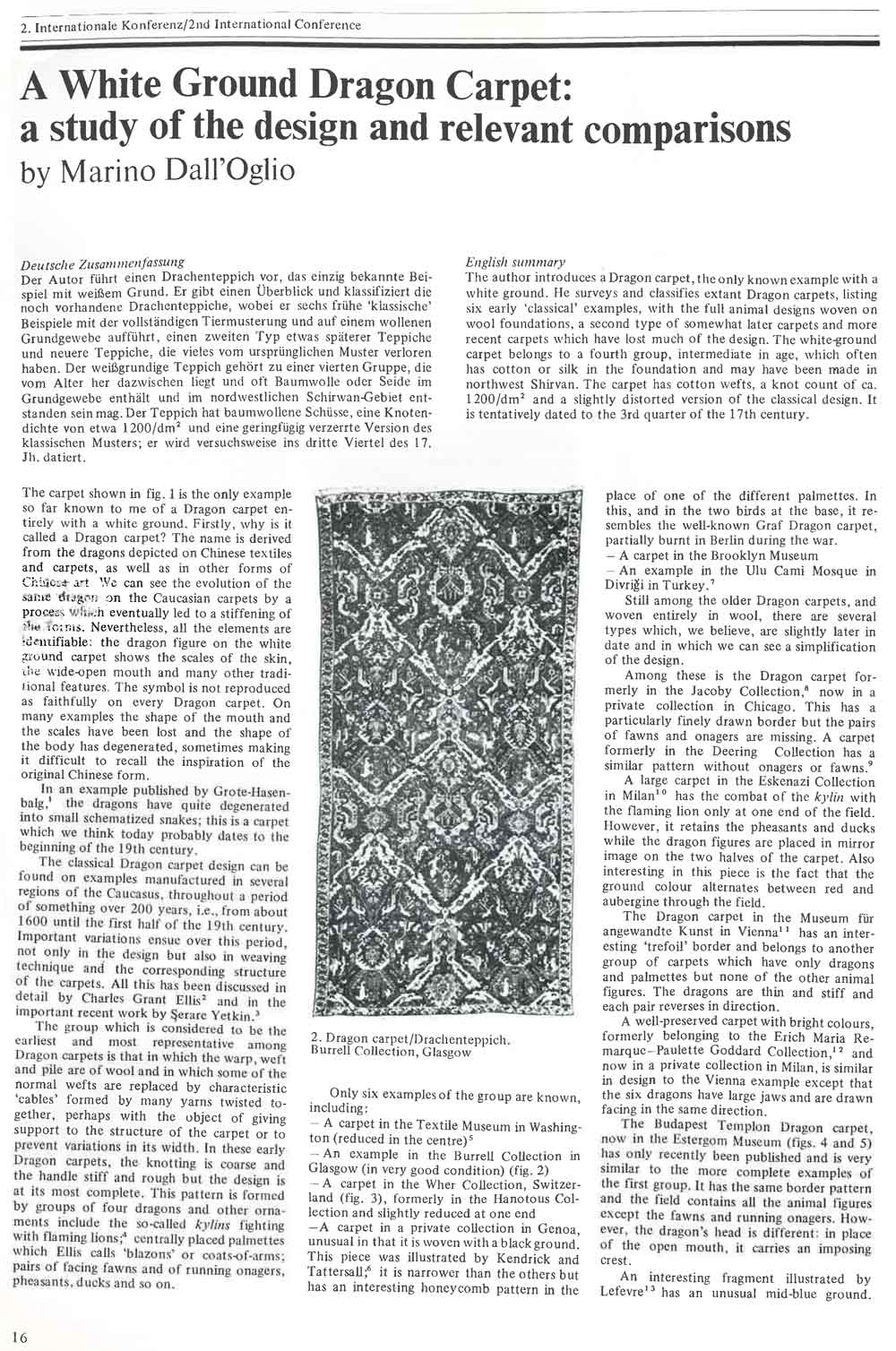 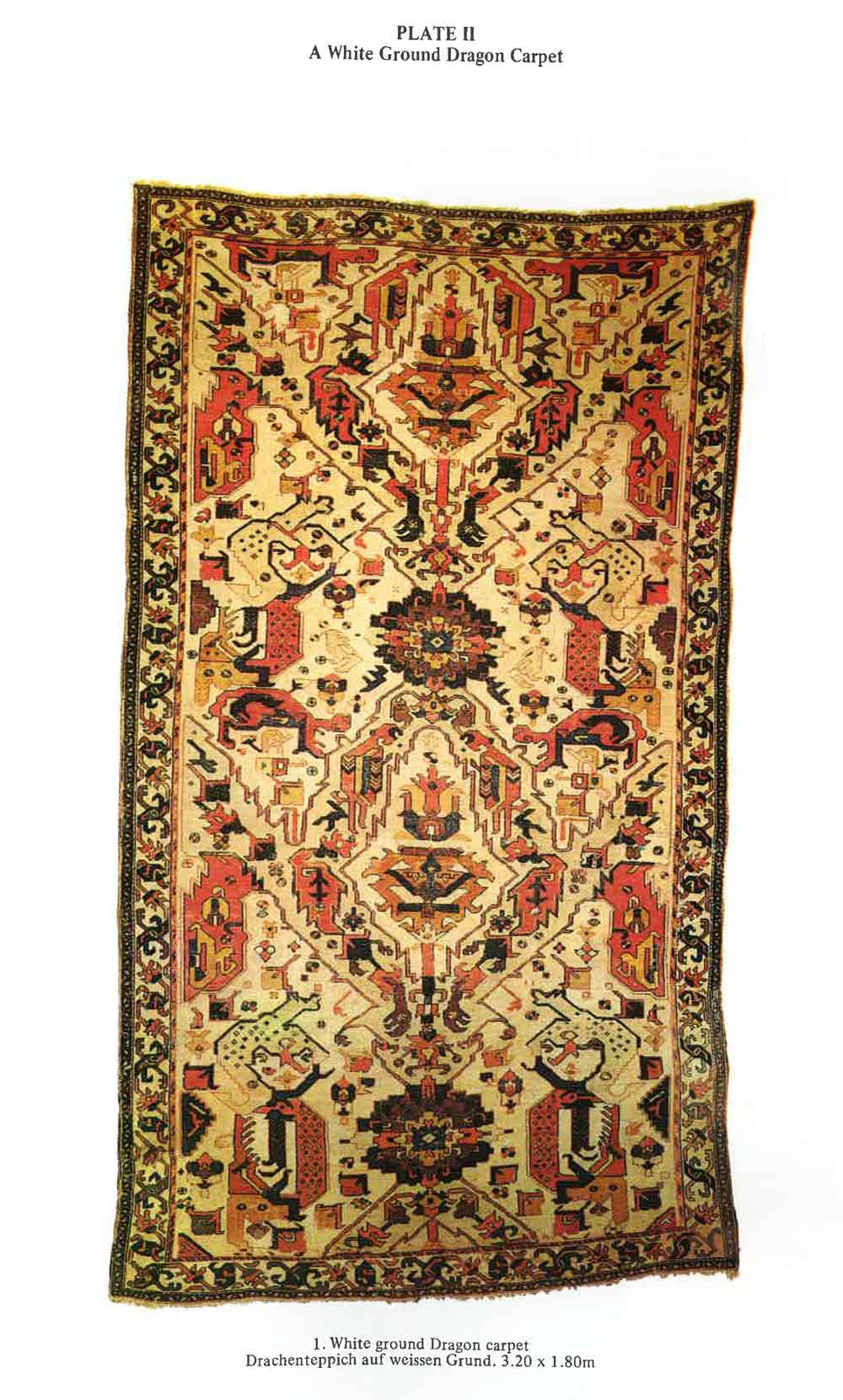 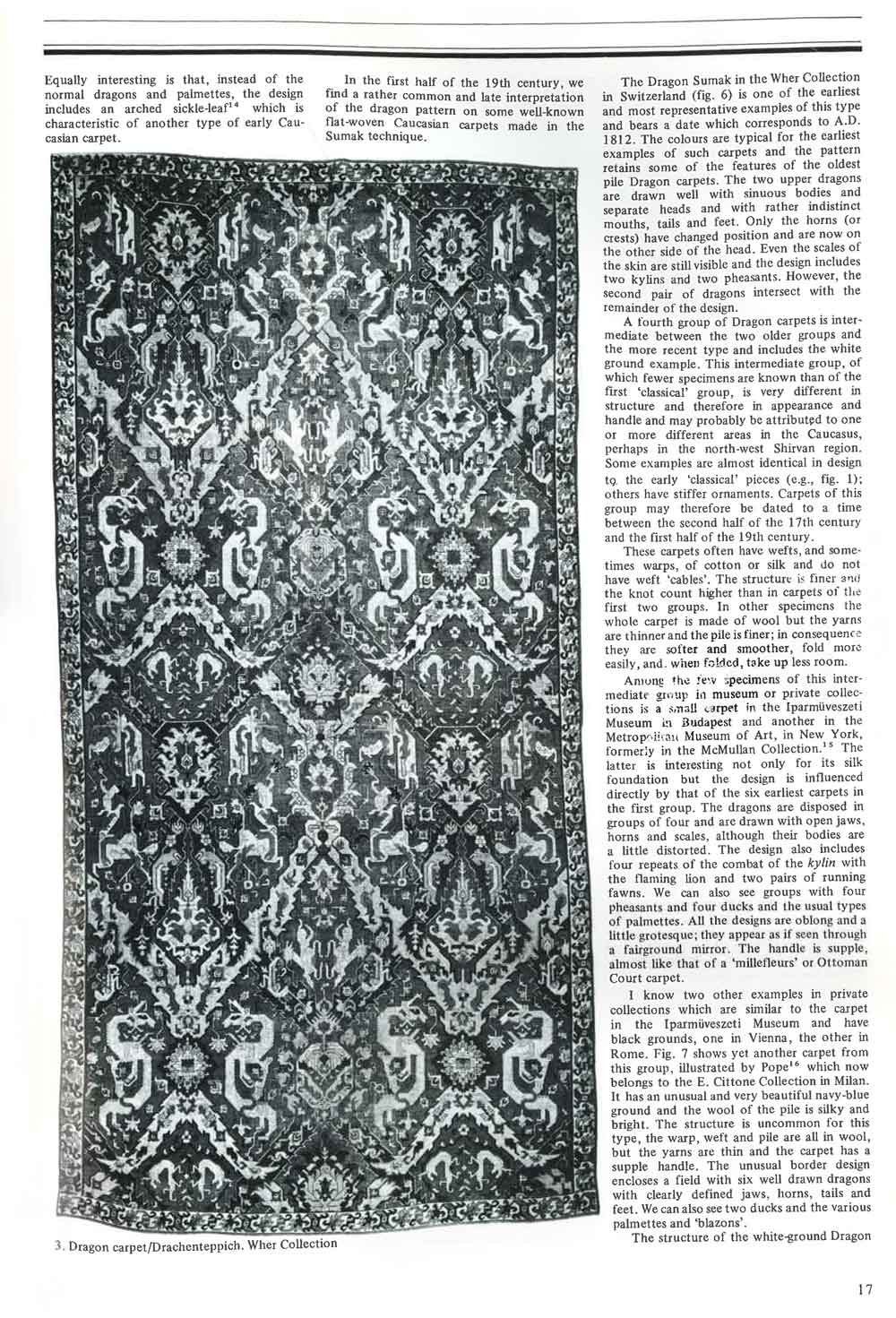 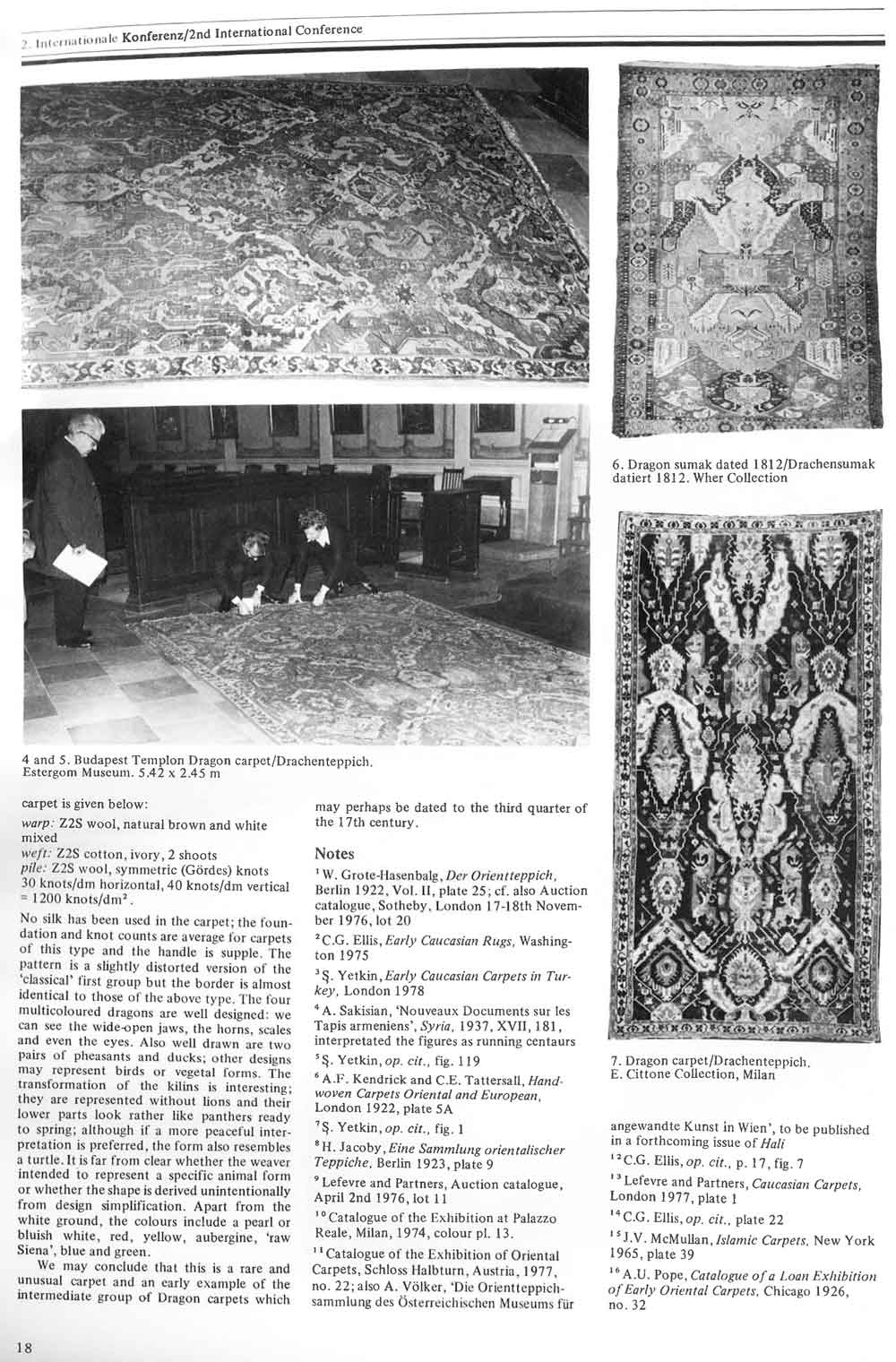 The Market in Oriental Carpets, featured in HALI Issue 48 in 1989 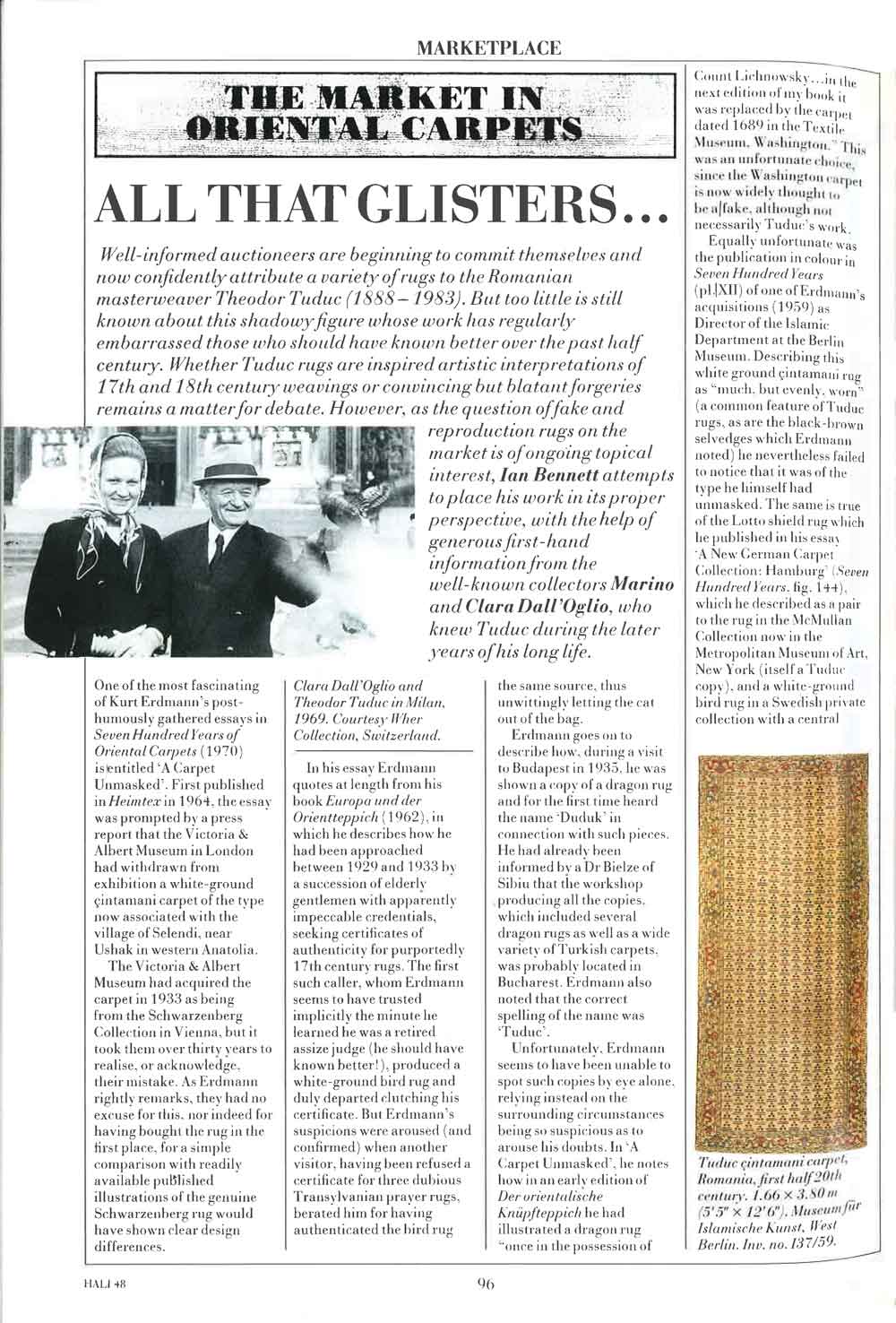 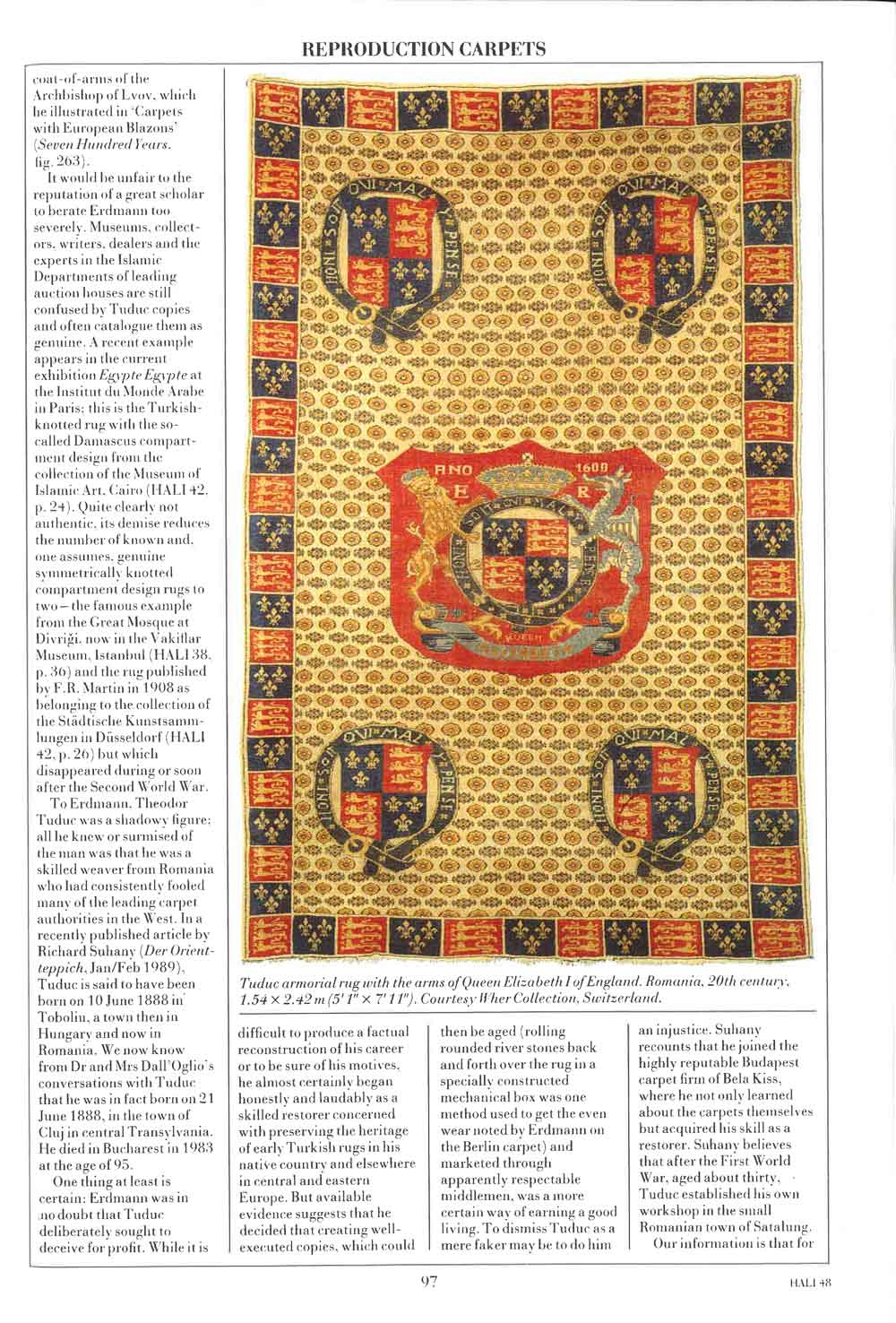 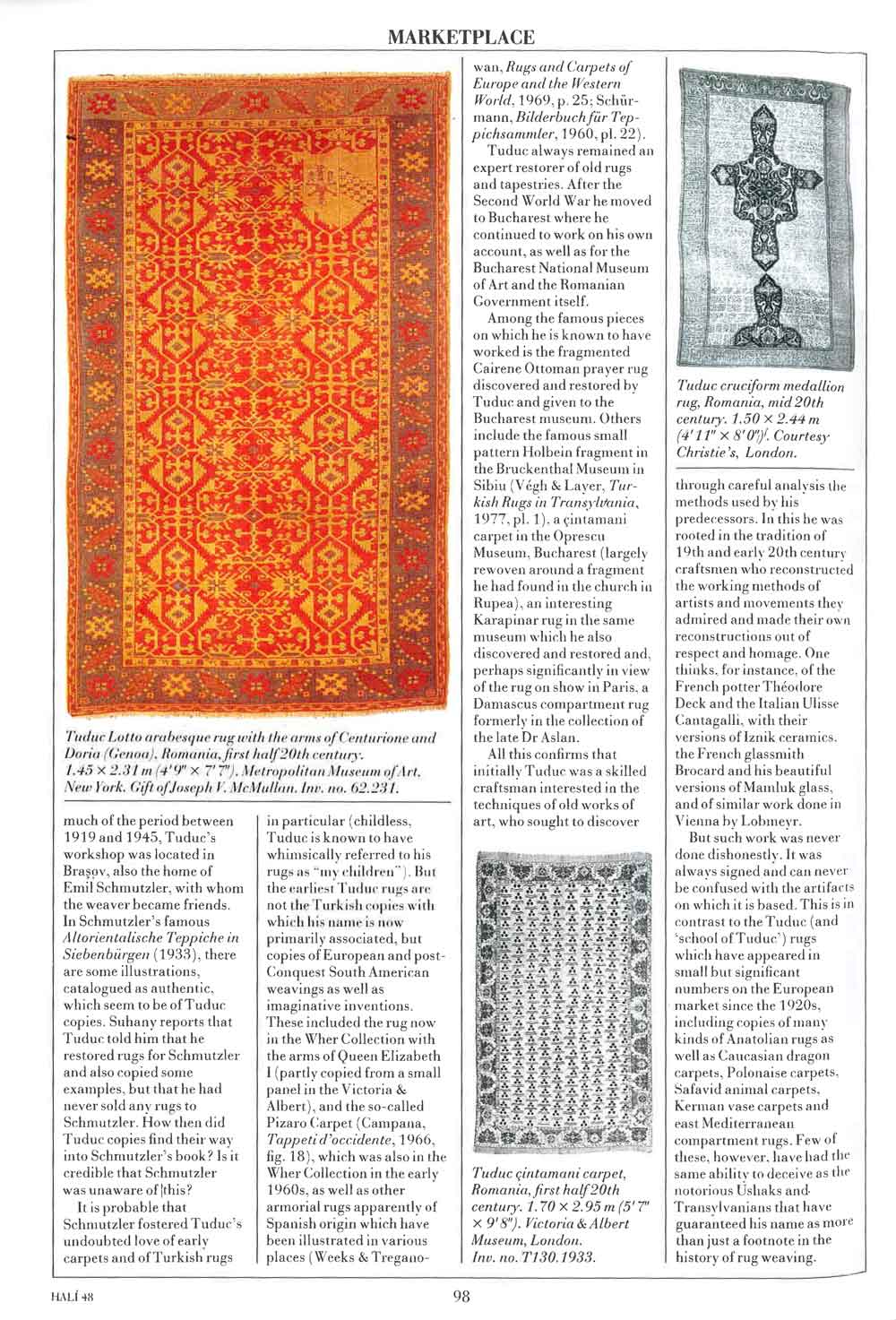