Art of the South Seas at Bonhams, San Francisco 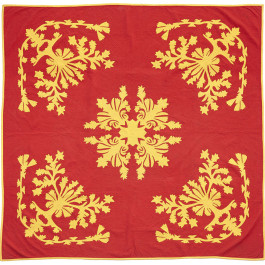 A spectacular array of masks, shields, clubs, textiles, paddles and other artefacts are offered in the February sale. All images courtesy of Bonhams. 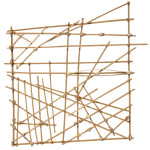 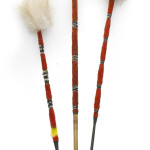 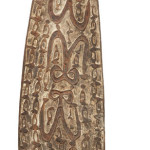 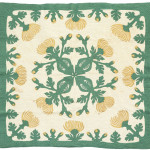 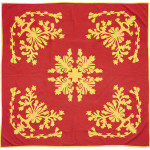 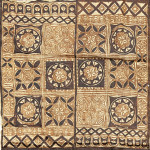 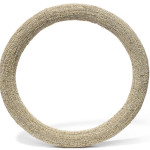 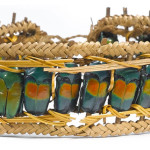 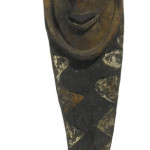 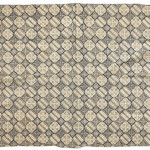 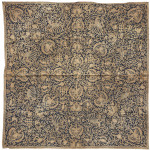 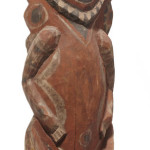 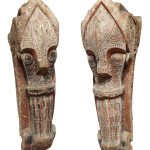 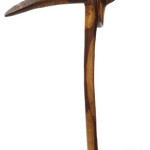 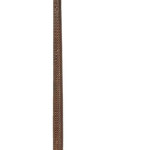 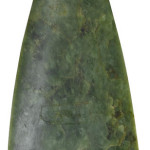 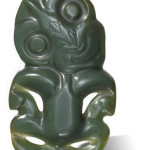 Bonhams Art of the South Seas auction in San Francisco on Sunday 9 February 2014 features an array of masks, shields, clubs, paddles and other South Seas artefacts. Amongst them, an incredible headband from Papua New Guinea constructed from multiple exoskeletons of the native Flower Beetle and woven plaited orchid stem, some decorated tapa bark-cloths, and a lot of three dart-like implements from the Solomon Islands made from wood and the feathers of the Cardinal honeyeater bird.

A rare group of three Hawaiian quilts from a Hawaiian family collection are on offer, as are two historically important, ornately decorated batik cloths from Java. They were collected on the Fahnestock expedition in 1940, on which birds (now housed in the Museum of Natural History, New York), music and film footage were also obtained. The squarer of these batiks, a man’s headcloth, is densely patterned with a skilfully balanced all over design containing birdlike creatures and sawat double wings within a kemada sada aren (‘rib of the sugar palm border’).

Lot 87 is an impressive Tolai currency ring measuring a metre across from the commercially orientated Melanesian society. Payment amongst the Tolai was made in small, white sea-snail shells that were threaded on long strings of rattan and then stored and presented in rolls called tabu or tamba. These were a status symbol and distributed publicly at funeral ceremonies, the owner’s spiritual access to the world of the ancestors being dependant on their wealth in tabu.

Two Maori nephrite jade items of exceptional quality, hewn of the most highly sought after stone are towards the end of the sale. One is a sizable hei-tiki breast ornament in human form; these items are often remembered in tribal songs and oral histories. The other, a short club with elegant lines and an intricately carved manaia head at the handle butt; generally known as patu these items were both weapons and insignia of male warrior status, classified as great valuables.