One of the most significant groups of Oceanic art from Polynesia and Melanesia to come on the market for the last 30 years is to be sold at Sotheby’s, Paris on 16 September 2014. The exemplary collection is that of the late Murray Frum and his family, collated over a period of 50 years, and the names of celebrated collectors feature regularly, providing a rich historical provenance. 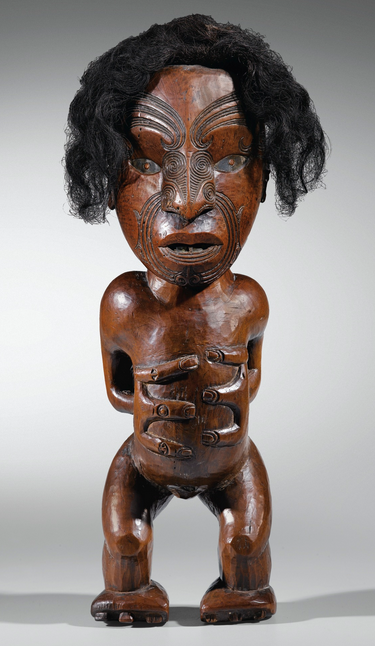 Several lots are particularly notable for their quality and rarity. Lot 9 is a putorino- a Maori wind instrument with intricate carved faces with Haliotis shell inlayed eyes. According to literature putorino could be used as a flute, bugle or horn and ceased to be used shortly after Maori contact with Europeans.

A pou tokomanawa- one of six known large scale, free standing Maori figures that was not used as an architectural support is offered as lot 10. The face is carved with moko male tattoo patterns, the head is topped with a shock of human hair, and the figure is the only one of these types to be outside of a public institution’s collection. Lot 13 is an unusually large, broad bodied nephrite hei tiki ornament; the stone from which it is carved is believed to contain supernatural powers by the Maori. Lot 19 is an intricately carved poupou panel that would have adorned the walls of a carved Maori house. The figures depicted symbolise ‘the essential unity between men, deified ancestors, and the earth’ (Salmond in Mead, Te Maori: Maori Art from New Zealand Collections, 1984).

Lot 27 is a dancing figure constructed from twisted mangrove roots and lot 47 is a mask which demonstrates the mastery of basketry of the Kapriman people. The mask has traces of the clay paste with which the wearer would have been covered and a very similar example is shown in a 1928 photograph, adorning the wall of the French founder of the Surrealist movement, André Breton. 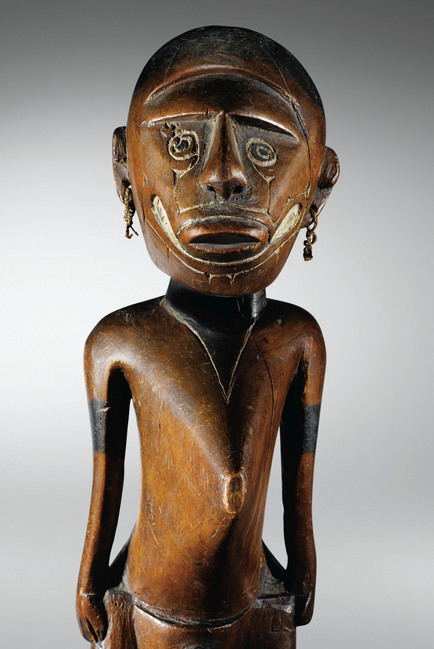 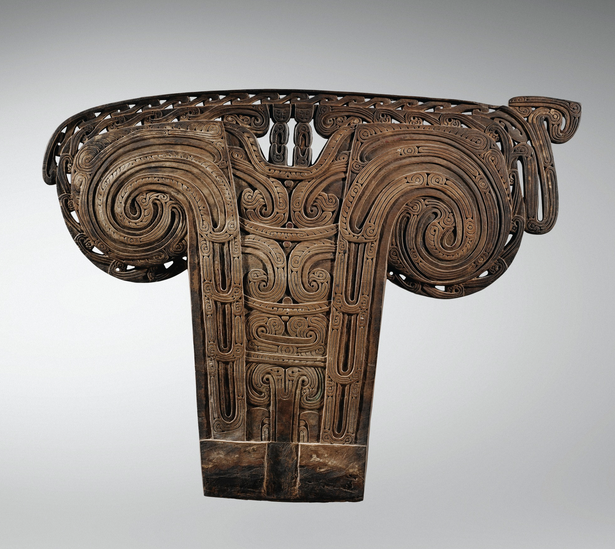 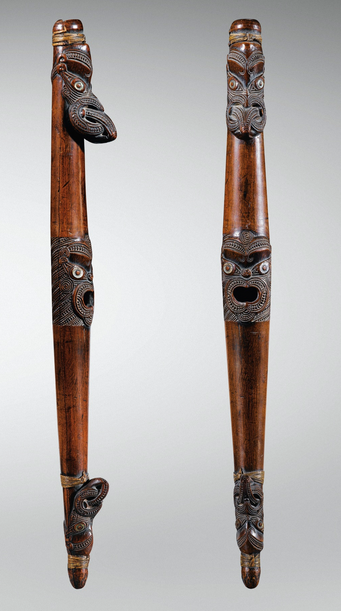 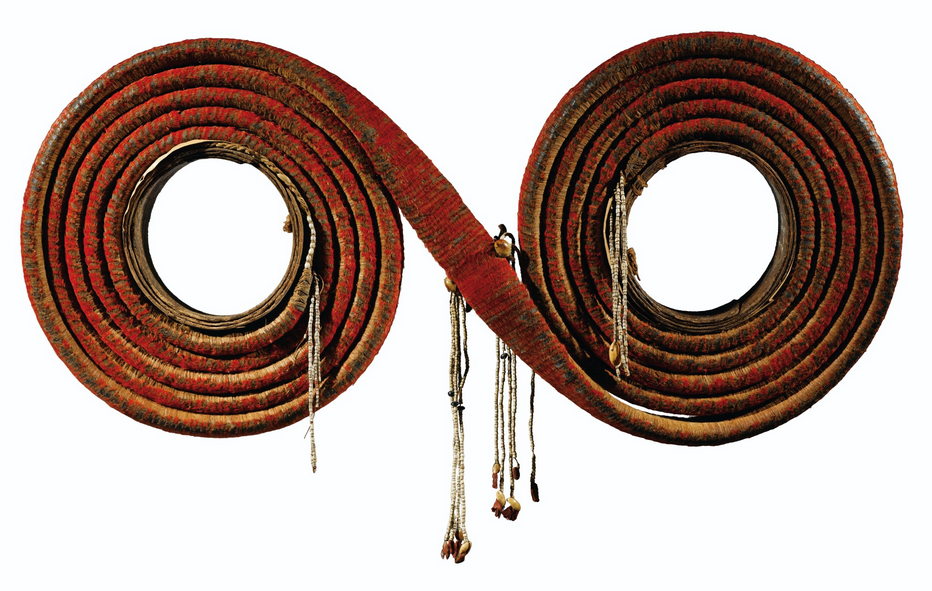 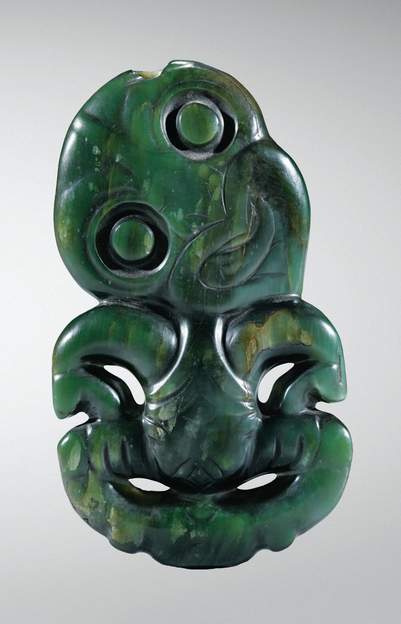 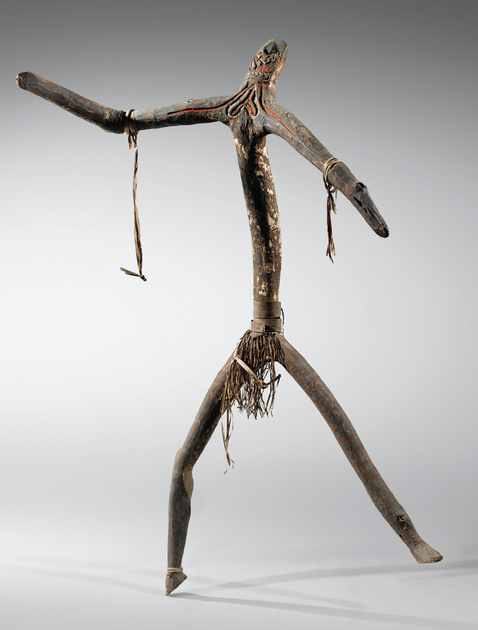 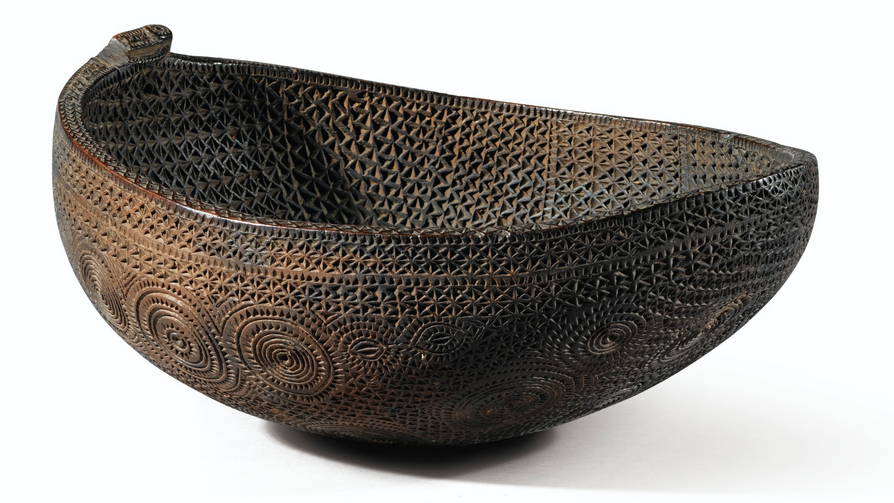