Hammersmith carpet falls short of its own record

This handsome Morris & Co ‘Hammersmith’ Carpet, designed by J.H. Dearle around the time of  William Morris’s death in the mid-1890s, failed to beat its own world record price for a Morris & Co carpet, including those designed by the master himself. Once the property of the Barr-Smith family in Adelaide, Australia, as Lot 1041 in Sotheby’s ‘Collections’ sale in London on 30 April 2015, it made £185,000 ($285,235), half as much again as the high estimate, but well short of the world record mark the same carpet had set in the same rooms back in October 1990, lot 316, when it sold for $429,000. 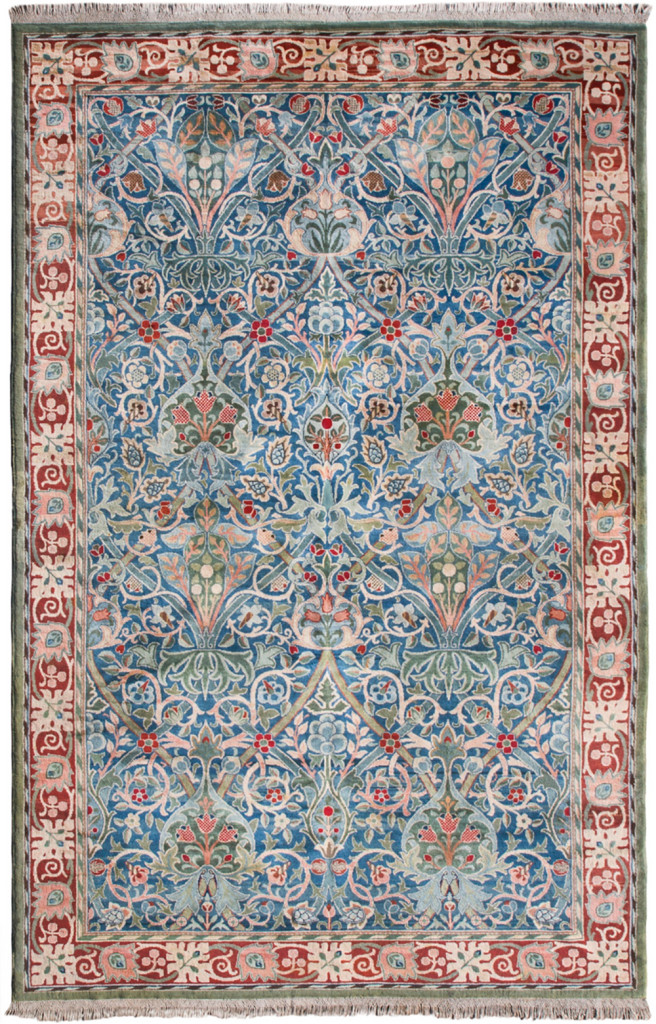