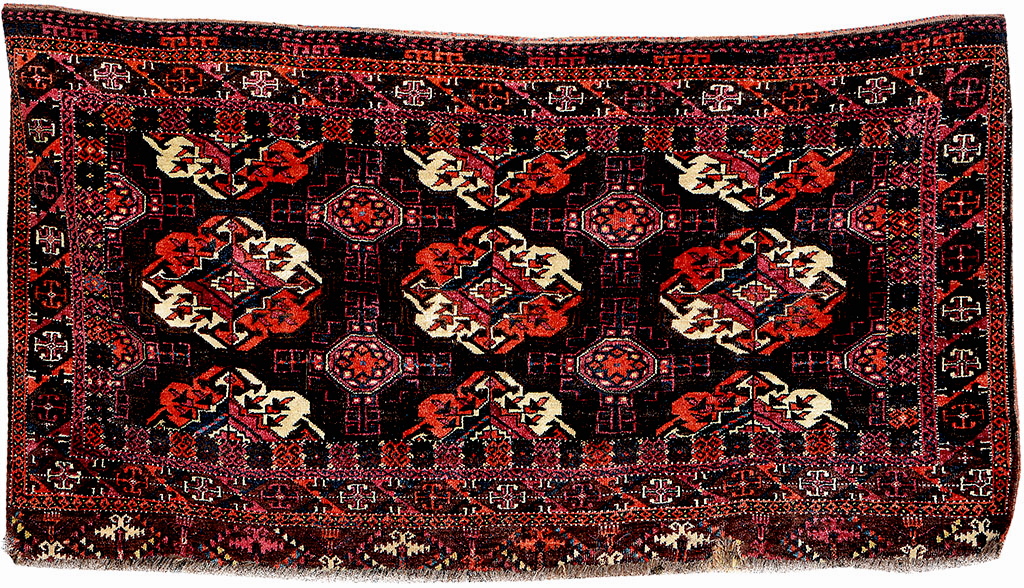 Over the last couple of years, Henry’s auctioneers in the ancient German Rhineland city of Mutterstadt have emerged as enthusiastic international purveyors of traditional old and antique oriental carpets. Their series of dedicated carpet, textile and tapestry sales has been characterised by generally very accessible ‘minimum’ prices.

Henry’s sixth sale of some 280 ‘Antique Collectors Carpets and Rugs’ comprises pile rugs, kilims and sumakhs from most of the major carpet weaving areas, as well as Scandinavian folk textiles, many of them unpublished and from private collections. Held on Saturday 7 November 2015, the sale takes place online and in their Mutterstadt rooms at An der Fohlenweide 12-14.

The offering is headed by an example of a so-called west Anatolian ‘Dragon carpet’ from the 18th century, of the type discussed by Peter Willborg in Oriental Rug Review in 1990, which has been in a south German private collection since the late 1970s (lot 7170, minimum bid €5,000). The same modest sum is expected for lot 7240, a large and luxurious silk Heriz tree of life carpet, which heads a wide selection of fine 19th and 20th-century Persian town carpets. 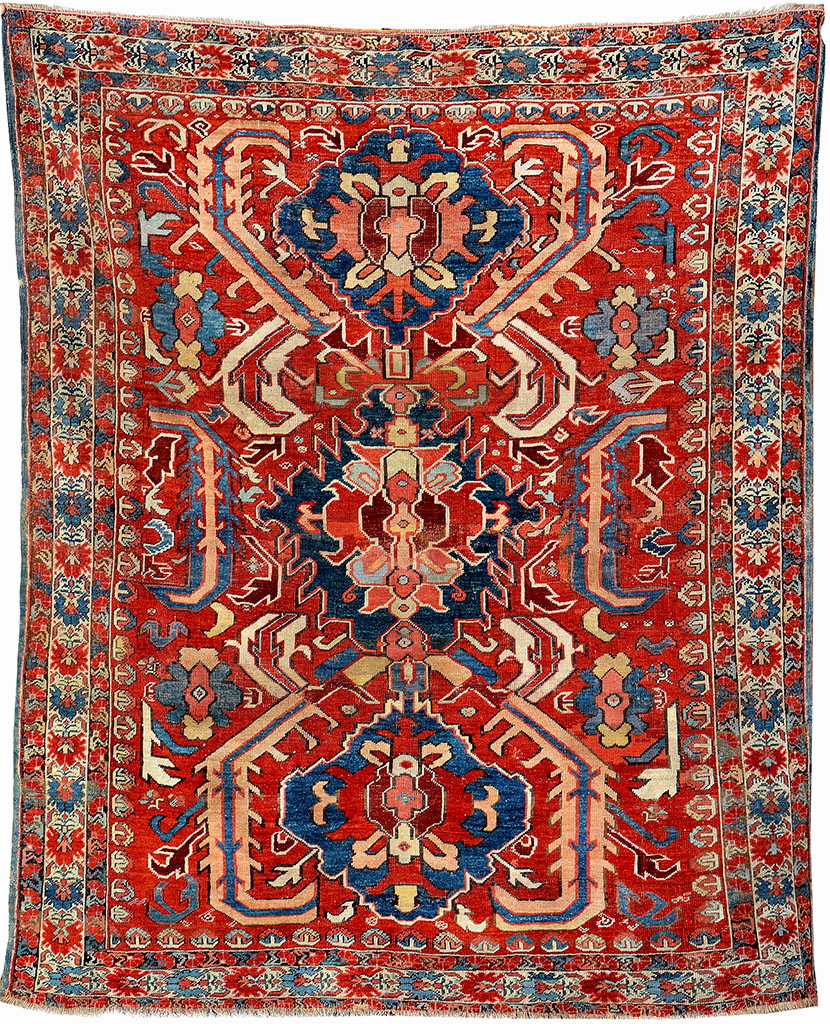 Among the wide variety of 19th/early 20th-century Caucasian pieces, a Lori Pambak Kazak, lot 7142 (€3,000) is a very good example with brilliant colours, while at the same minimum price we find a charming yellow-ground Luri figural gabbeh which Henry’s carpet expert, Yashar Ahadzadeh, describes as a marriage carpet (lot 7172).

For Turkmen carpet enthusiasts, of whom there seems to be no shortage, especially when bargains are on offer, the main attraction of the sale is a single collection of 70 Turkmen and other Central Asian tribal rugs, tent bags and trappings. These are being sold, without reserve prices, by the family of the late Peter Gangler, who was well known as an active member of the German Turkmen collector community. 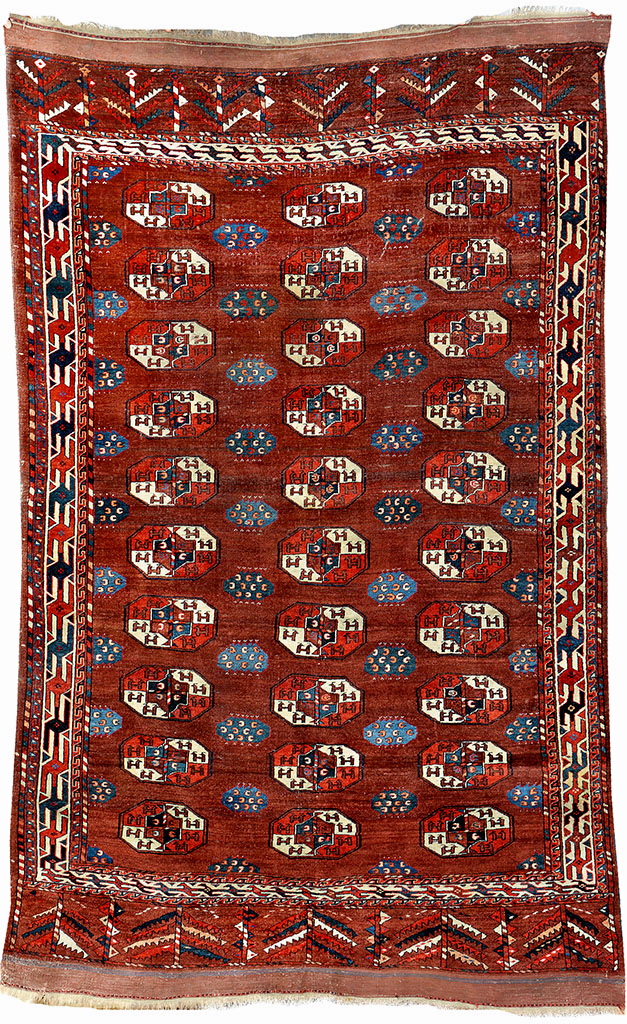 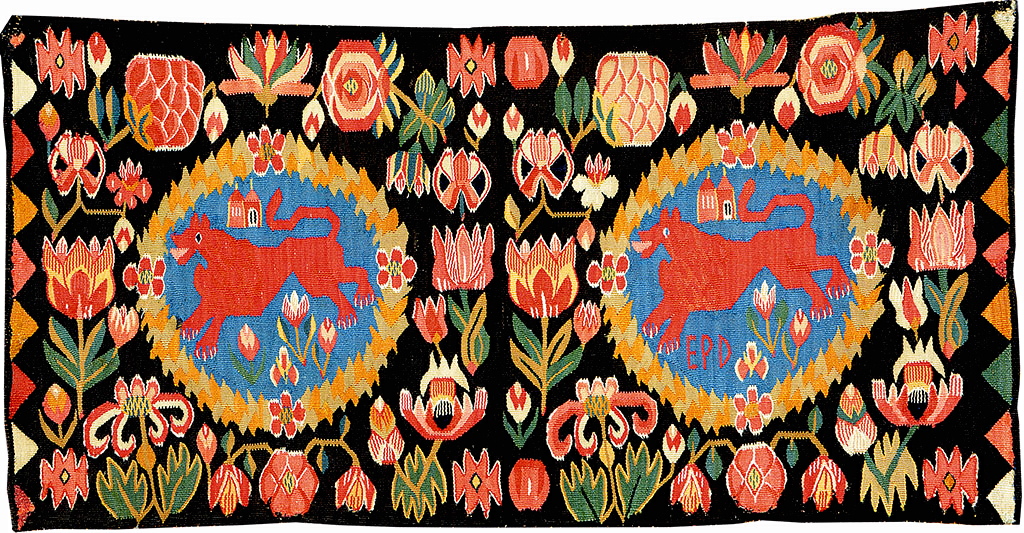 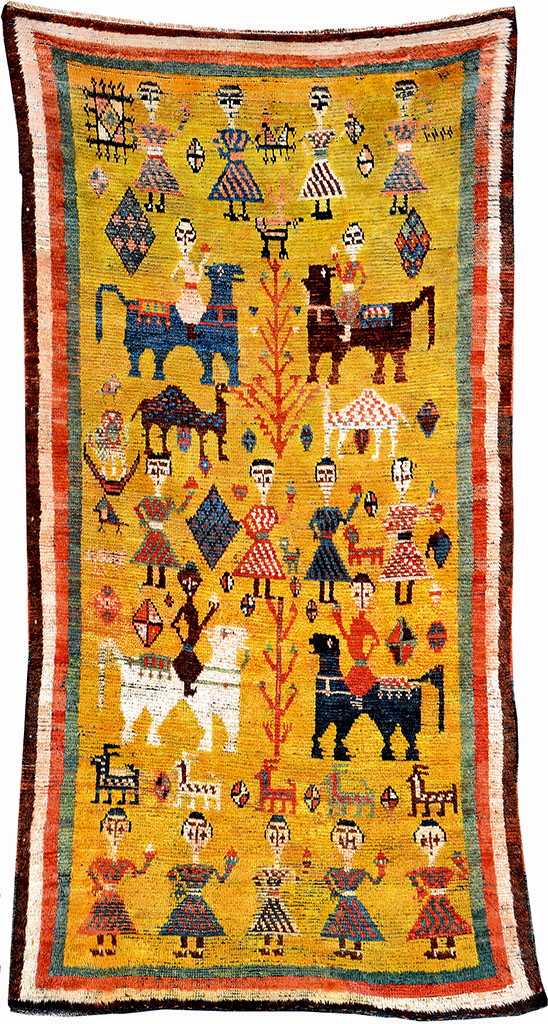 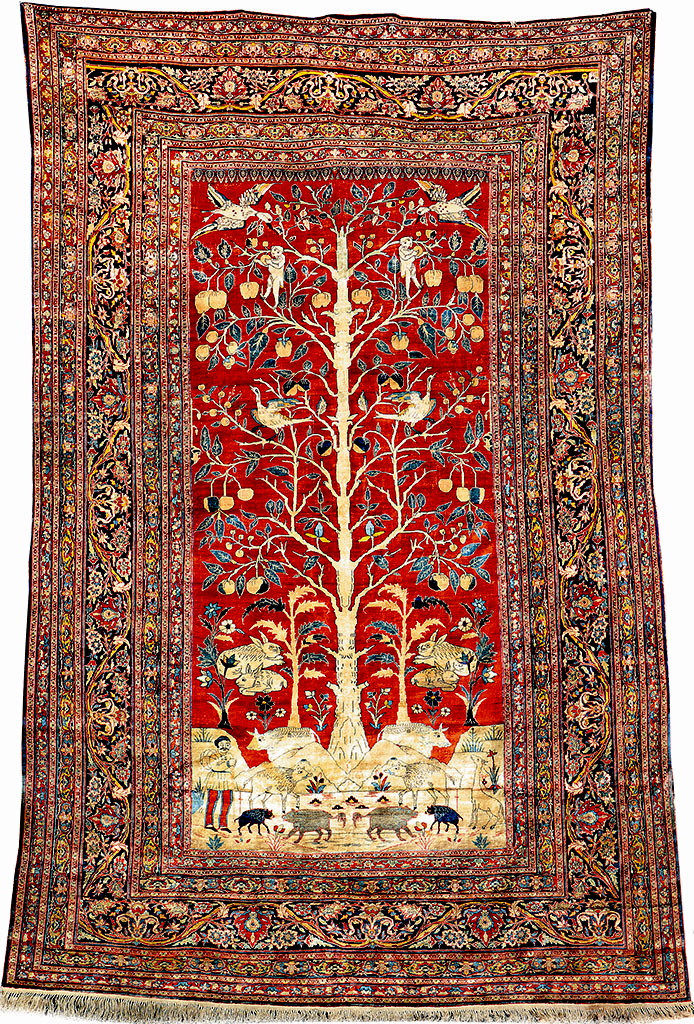