The upcoming sale of Native American Art at Bonhams, San Francisco on 8 December 2014 consists of almost 400 lots, a large proportion of these being textiles, including several significant items.

Lot 2100, a Northwest coast ‘Chilkat blanket’ with a pair of killer whales flanking the central face motif has an estimate of $30,000 – 50,000 and is in exceptional condition without fading. These ceremonial dance robes were made from goat hair and cedar bast by a branch of the Tlingit people – not only the Chilkat, but by neighbouring tribal groups too. The distinctive weaving style is thought to have died out around the end of the 19th century but has recently been revived as reported in HALI 119, p.113. The record price so far as we know for a textile of this type at auction was $74,500, an amount fetched twice for the same piece at Sotheby’s New York in May 2009 and 2011 (HALI 161, p.127 and HALI 169, p. 145). 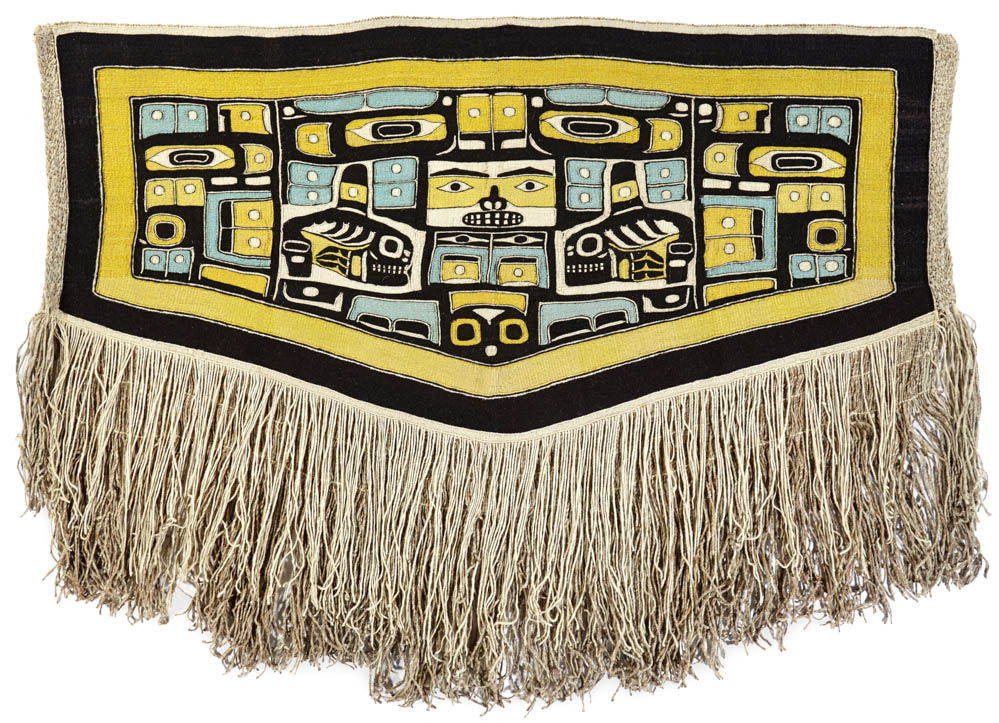 Lot 2209 is a Navajo Ute-style First Phase Chief’s Blanket, characteristically tightly woven with a simple balanced design. These were not made specifically for Chiefs, but they commanded a high price due to the top quality materials and workmanship, and so came to denote wealth and success. The mid 19th century ‘Chantland Blanket’ smashed the world record for a Native American textile on 19 June 2012 at John Moran Auctioneers in California, selling for ‘an unimaginable $1.8 million’ (HALI 172, p. 23). That example was one of only four known examples outside of public institutions to contain lac based red stripes. The estimate on the indigo and natural colour example at Bonham’s is $200,000 – 300,000. 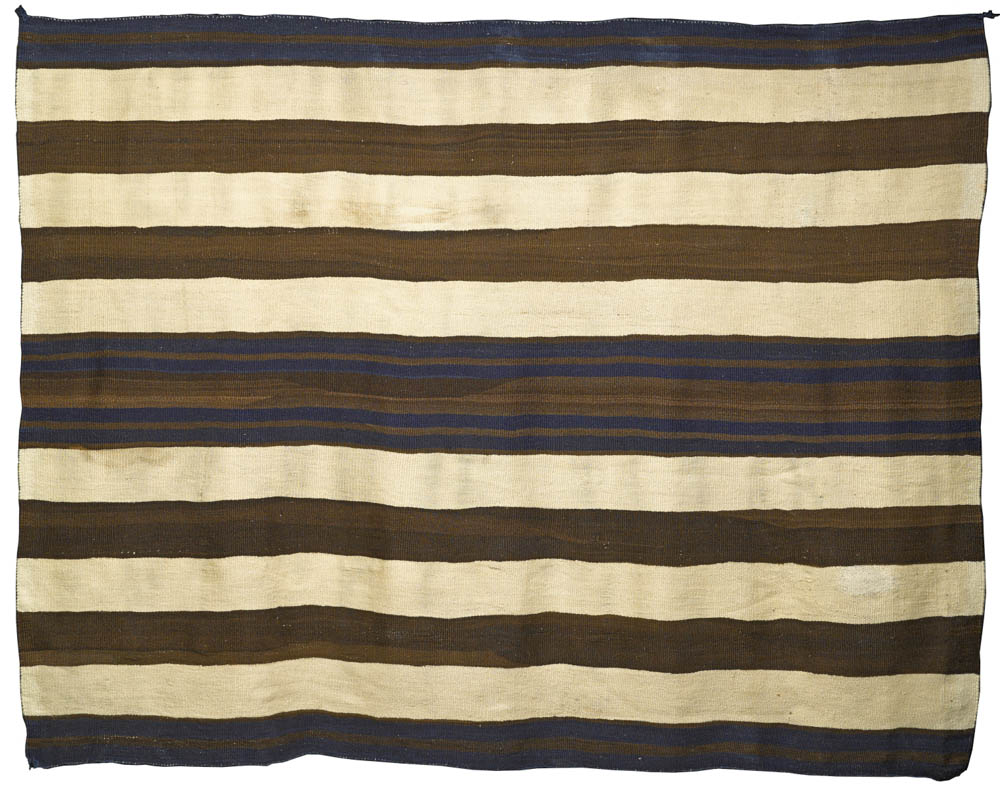 Lot 2221 is a pictorial Navajo sandpainting rug with an estimate of $20,000 – 30,000, depicting the Waterway chant with four fish people, sacred plants and otter guardian figures depicted. Ceremonial sandpainting, or ‘dry painting’ rituals were carried out on the earth in order to request healing and protection from the gods. Lot 2372 is a Sioux beaded hide with a central eagle, and surrounding elk and men on horseback, it has complete fringes on all four sides and is estimated to make $10,000 – 15,000. 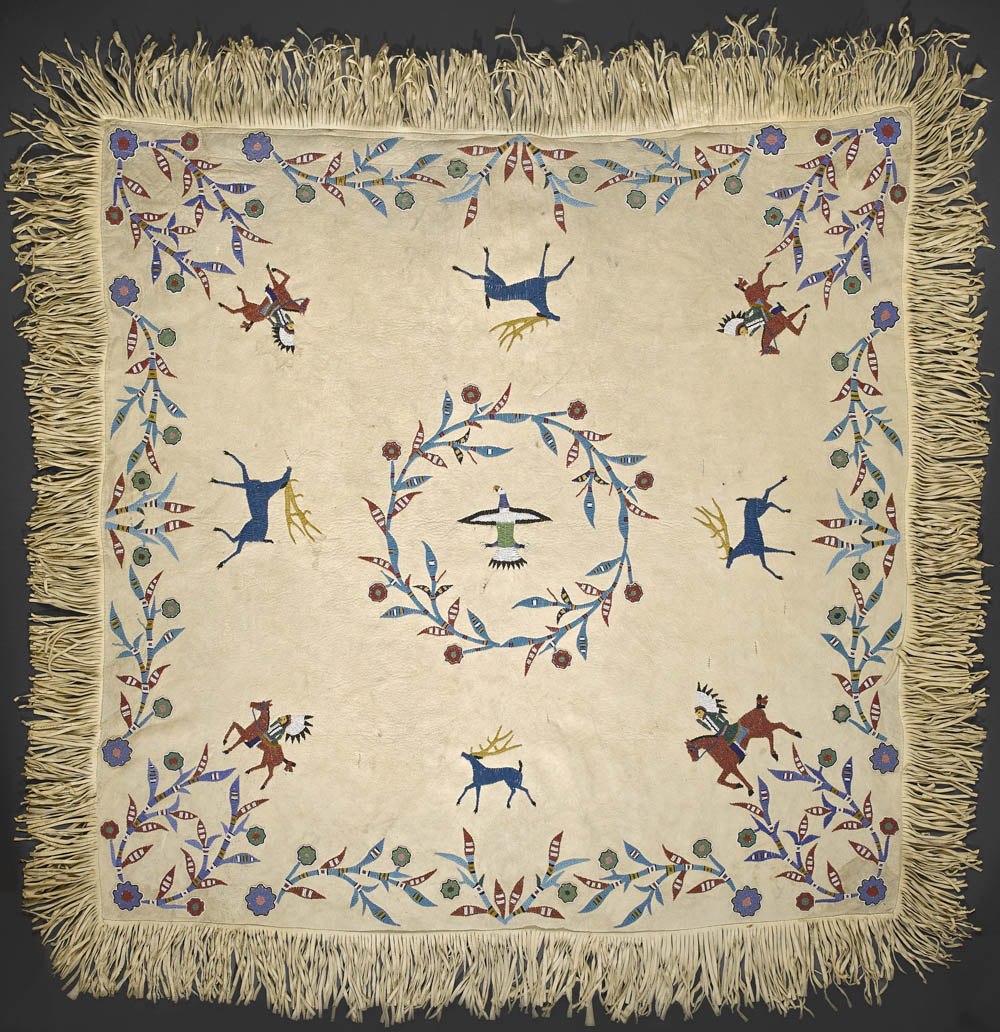 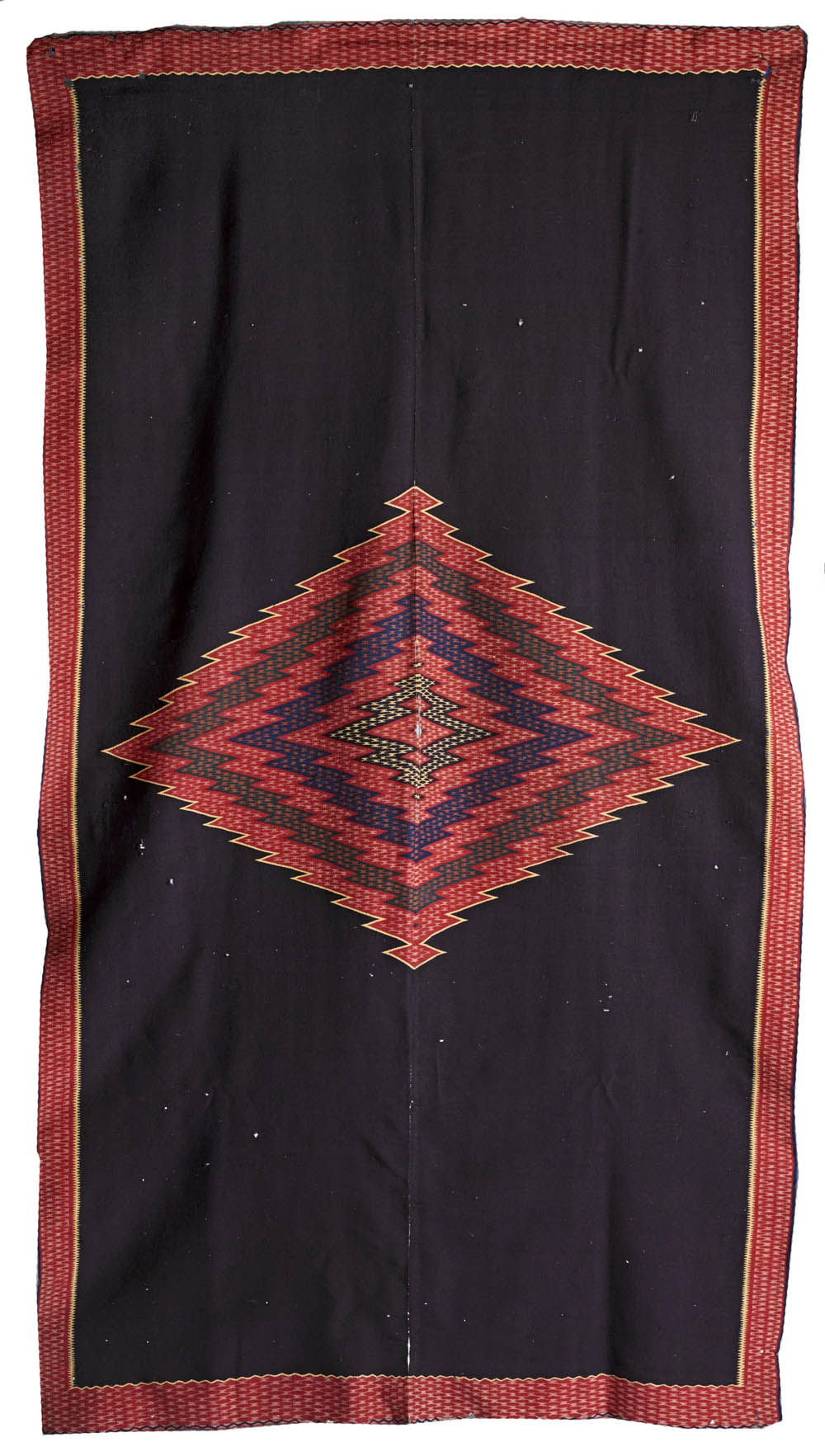 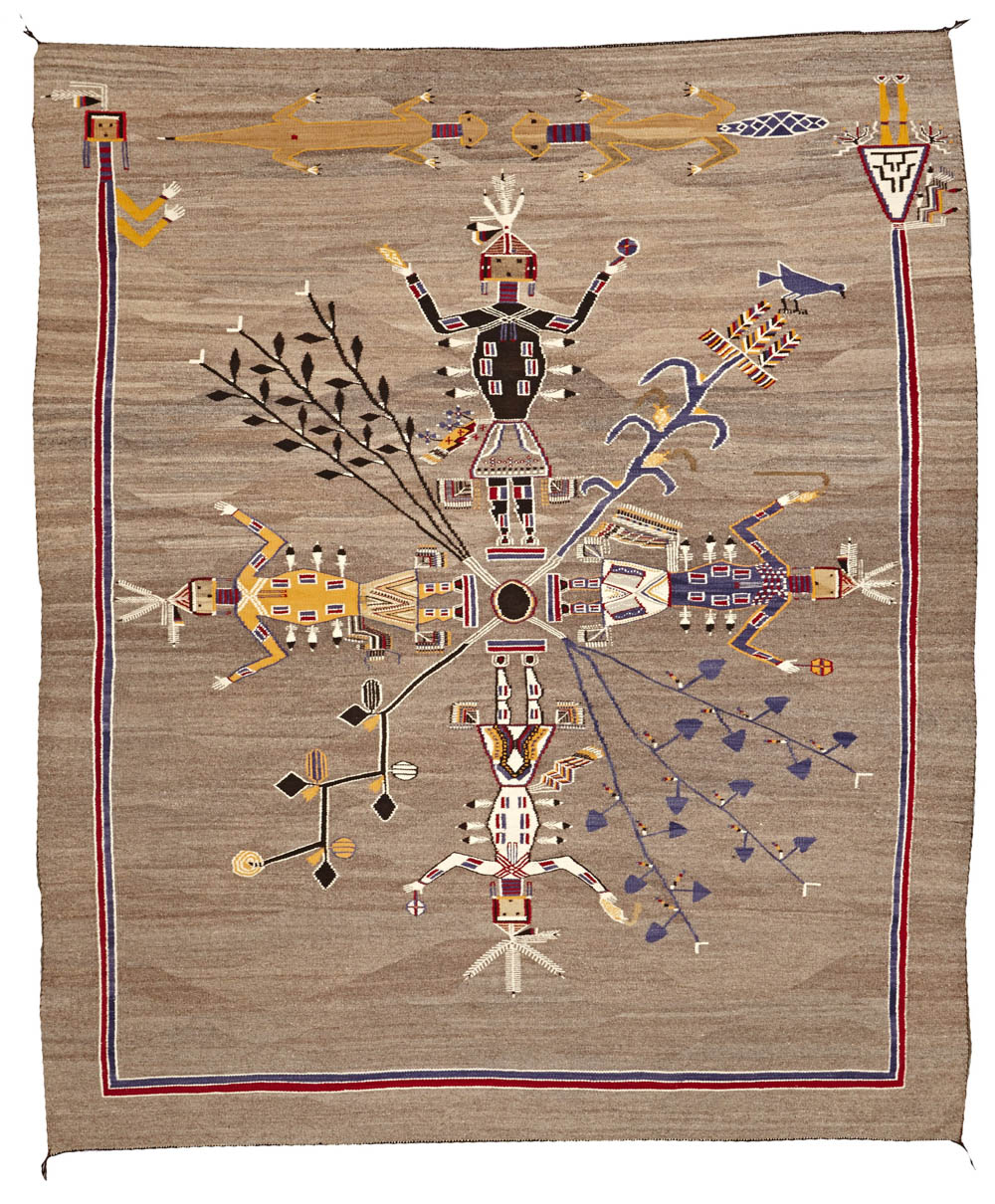 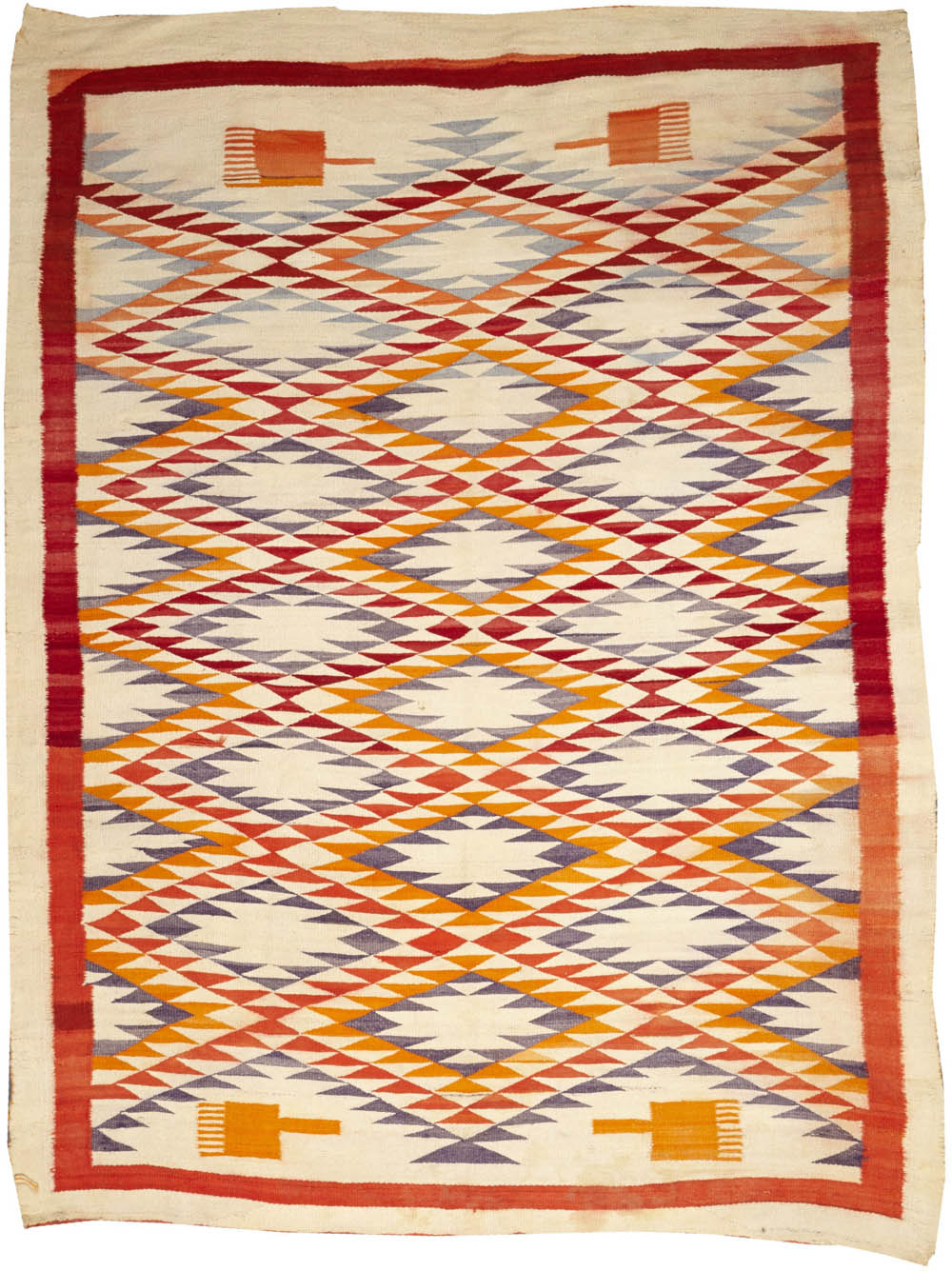 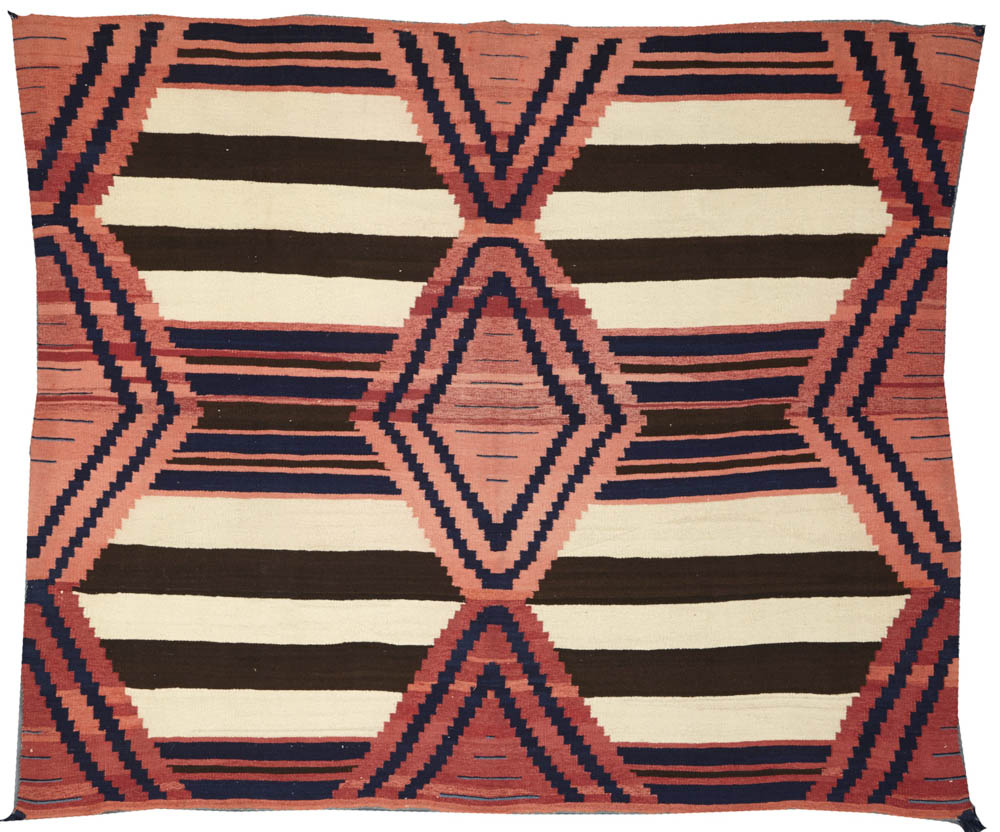 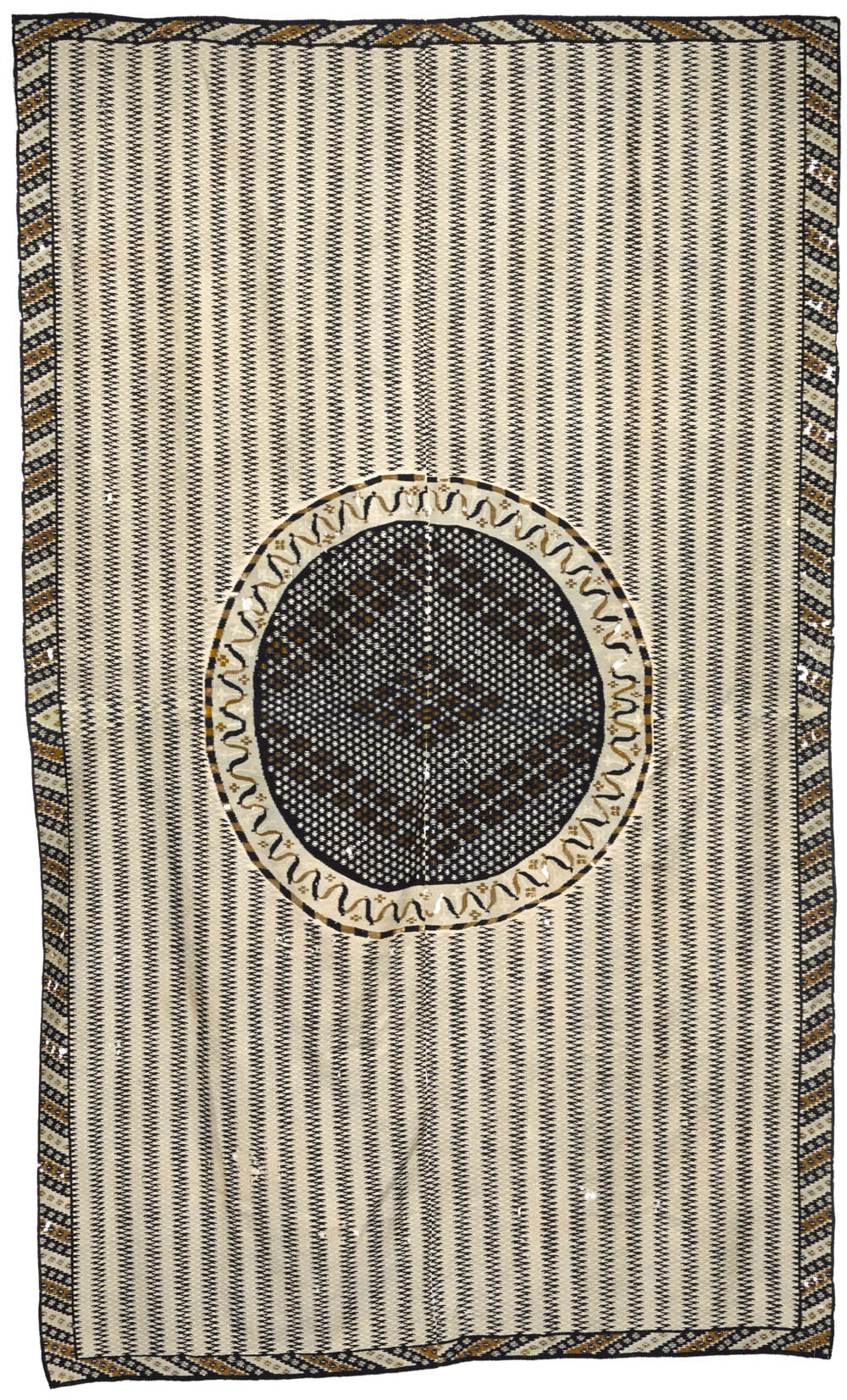