This classic North Rhine/Basel tapestry dramatically surpassed its £40,000–£60,000 estimate, selling for over £1.2 million at Sotheby’s Arts of Europe sale in  London on 3 December 2013.In the 19th century it belonged to Baron Arthur de Schickler at Château Martinvast in Normandy, France.

The tapestry consists of two joined horizontal panels with standing figures in relief, depicting church fathers, saints and philosophers. The panels incorporate inscriptions in German, woven in red and black, with each figure identified by their name in the narrative scroll above and by further inscriptions within a cartouche shaped banderole with text extolling the virtues of the figure enclosed. Each figure stands on a small carved architectural plinth, and all is set against a background repeat pattern of eagle and foliate motifs against dark indigo ground, with some metal-thread highlights.

The religious subjects imply the piece may have been commissioned for Church use in the 15th century. At this time, however, tapestries of a similar style, containing pagan ‘Wildman’ imagery, were also being created as domestic decoration for the homes of prominent families from German-speaking towns in the Basel area. Bought by the trade, in all likelihood bidding against the Basel Historical Museum, this lot vastly surpassed expectations in terms of monetary value, highlighting the importance of these elaborate tapestries of Gothic Europe, and setting the third highest price at auction for a tapestry of any description, behind two South Netherlands Falconry tapestries sold for $3,443,900 and $2,199,225 at Sotheby’s London on 17 November 2010 (HALI 171, p.142). 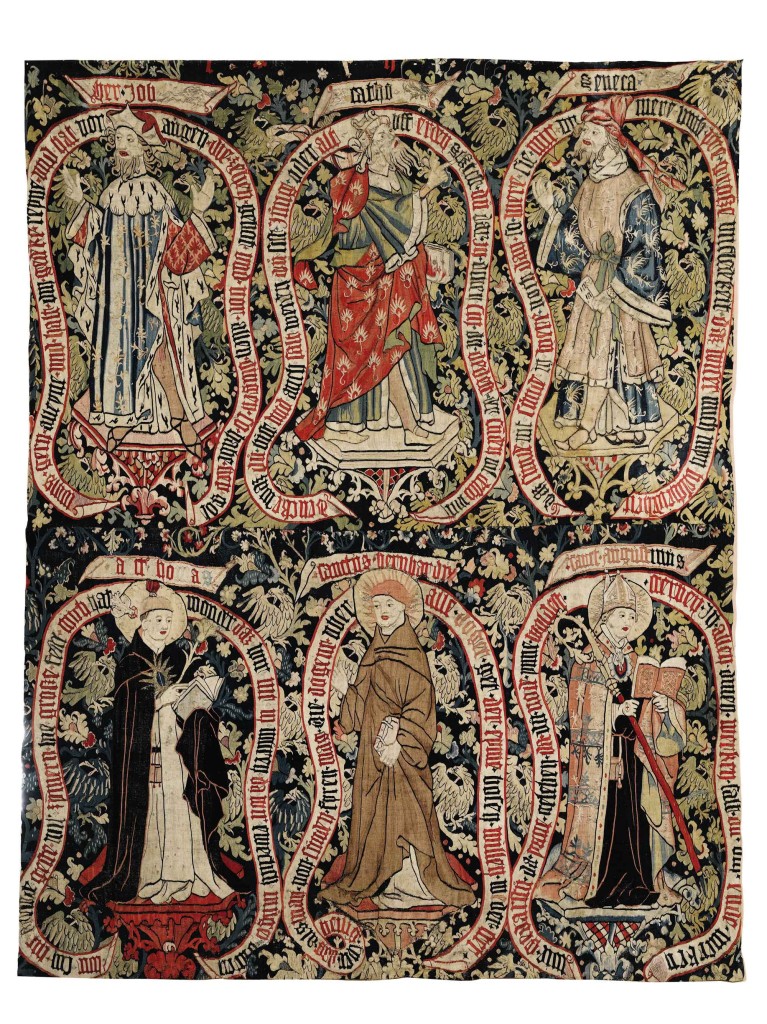