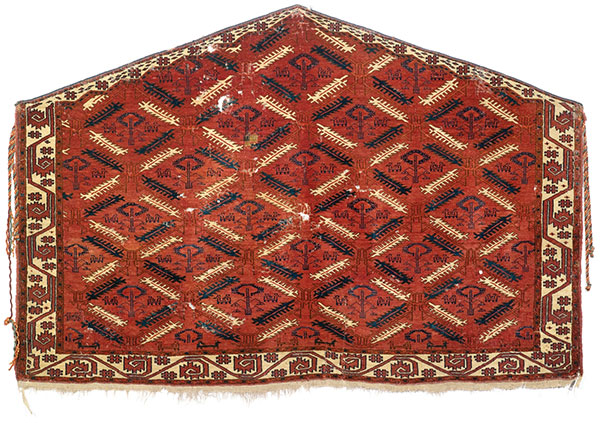 The star piece of the upcoming Rugs & Carpets, Ethnographic Art sale at Nagel in Stuttgart on 24 March is lot 25, a Tekke animal tree asmalyk. From the collection of former Stuttgart district Court councillor Burkhardt, it is a new discovery, becoming one of only 14 known examples of this type. An Ushak Lotto carpet (lot 1) with a blue ground ragged palmette border from the 17th century hails from the same collection. Familiar from the cover of Tappeti antichi. Collezione Orler (2008) is a late 19th century pinwheel Kazak (lot 31), decorated with seven swastikas in varying shades of dark blue. Lot 30, a late 17th century Transylvanian plain-niche prayer rug, comes with an inviting estimate of €4000. Other highlights include a Kurdish carpet fragment with a black-ground afshan design and a boteh-patterned yellow field Bakthiar kilim (lot 119). 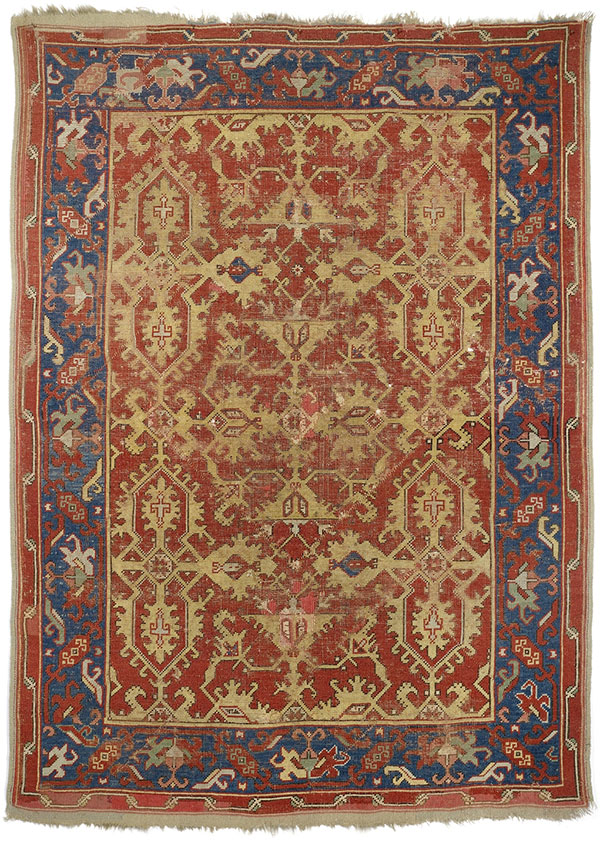 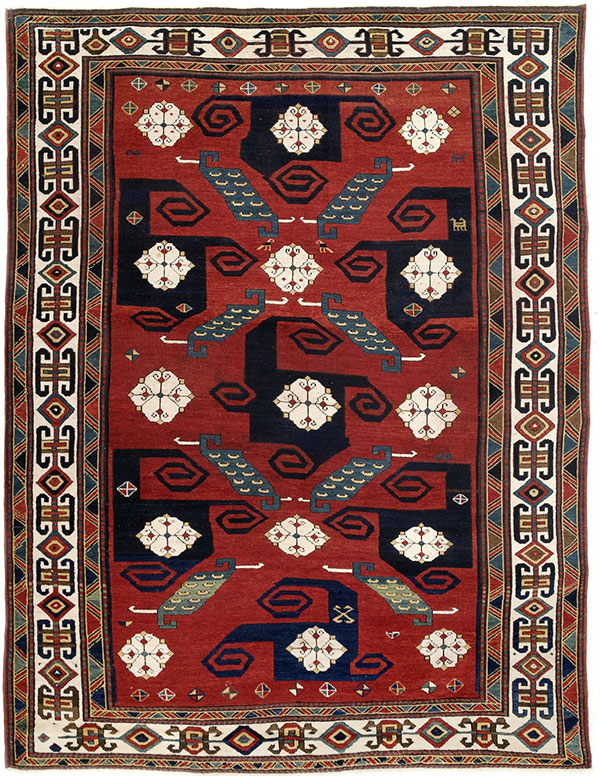 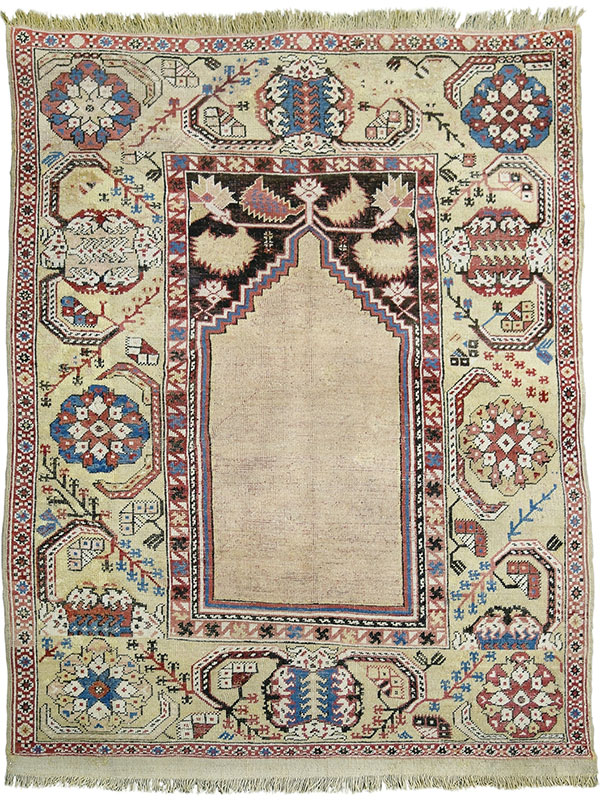 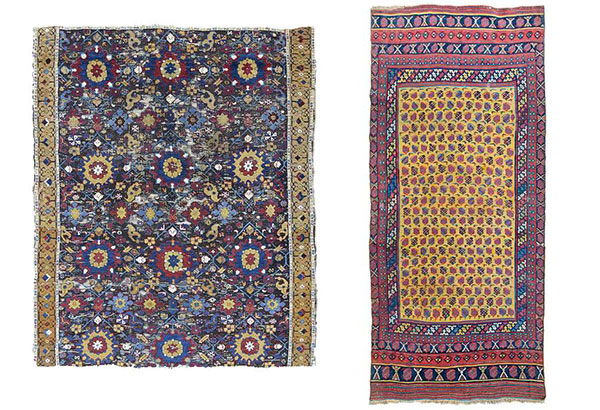