The annual ‘Masterworks’ sale at Sotheby’s in New York on 11 December 2014 consists of just 24 lots of diverse items of English and European furniture and decorative arts from ‘distinguished’ collections. This year’s offering will feature two significant textiles, a rare and important 16th century Renaissance historical tapestry, The Field of the Cloth of Gold, probably woven in Tournai, and an equally rare mid 17th century Savonnerie carpet. 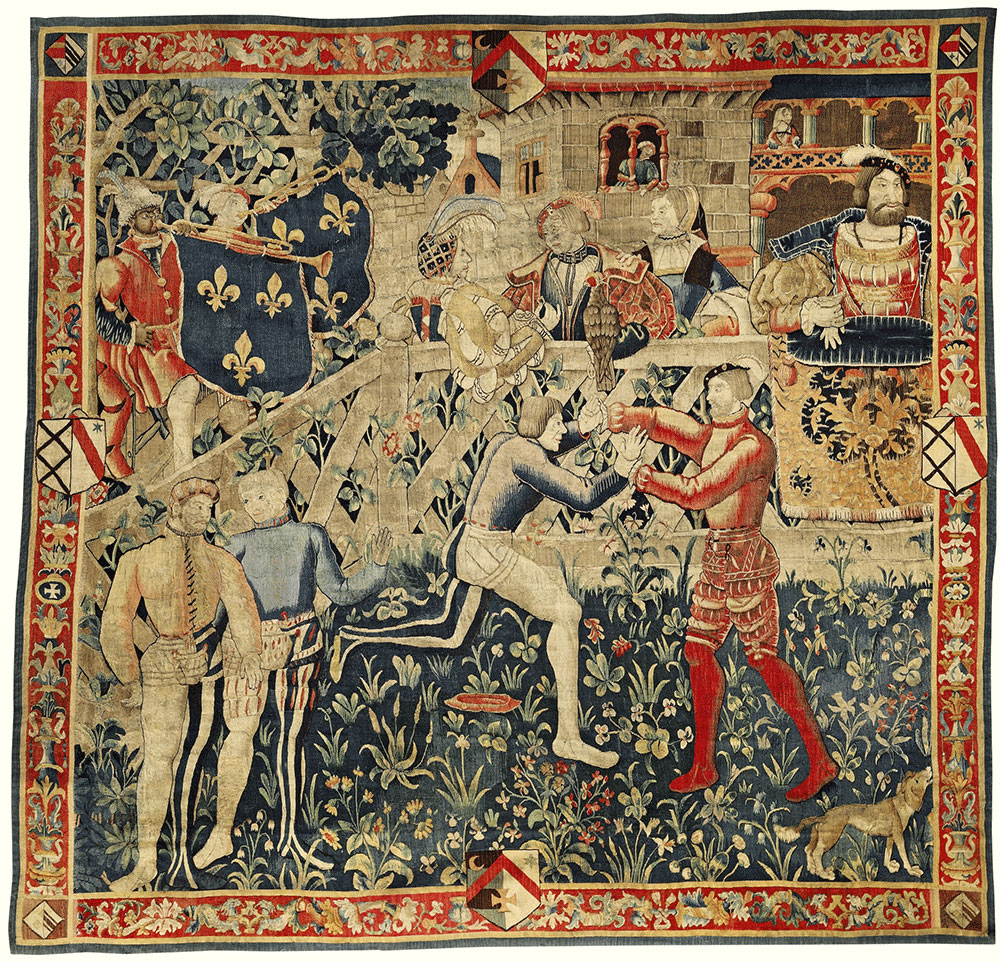 The Tournai tapestry, lot 14, is estimated at $450,000–550,000. It was acquired by the Parisian antiquarians Wildenstein before 1905 from le comte Georges de Monbrison (1830-1906), a collector of Renaissance paintings and decorative arts, and was subsequently sold to a South American private collection. It depicts a scene from the ultimate display of European court spectacle, the fortnight-long but ultimately fruitless diplomatic meeting in June 1520 at Val d’Or, near Calais, between the young Kings Henry VIII of England and Francis I of France, known as Le Camp du Drap d’Or. The tapestry was reduced some time before the 20th century (the right half would have included the King and Queen of England). Nevertheless it is a rare document of the events of 1520, one of only a handful of surviving visual accounts of the meeting made in the 16th century. The source of the commission is not known, although the silk and wool tapestry must have been created for a wealthy nobleman, someone within the French court.

Lot 20, an early Louis XIV period Savonnerie carpet, was last seen on the market in the sale of the André Meyer Collection at Christie’s in New York in October 26, 2001, when it sold for $160,000. It is now estimated at $150,000-250,000. It belongs to the earliest group of Savonnerie carpets often referred to as Louis XIII carpets, thought to have been made either at the Louvre or at Chaillot between his death in 1643 and the young Louis XIV’s assumption of power after the death of Mazarin in 1661. Carpets from this period share many features, notably the black, dark blue or sometimes brown ground strewn with naturalistic flowers or sprays. Their wide borders usually show similar flowers and floral arrangements. The overall concept is based on Oriental carpets combined with the European period taste for floral decoration. 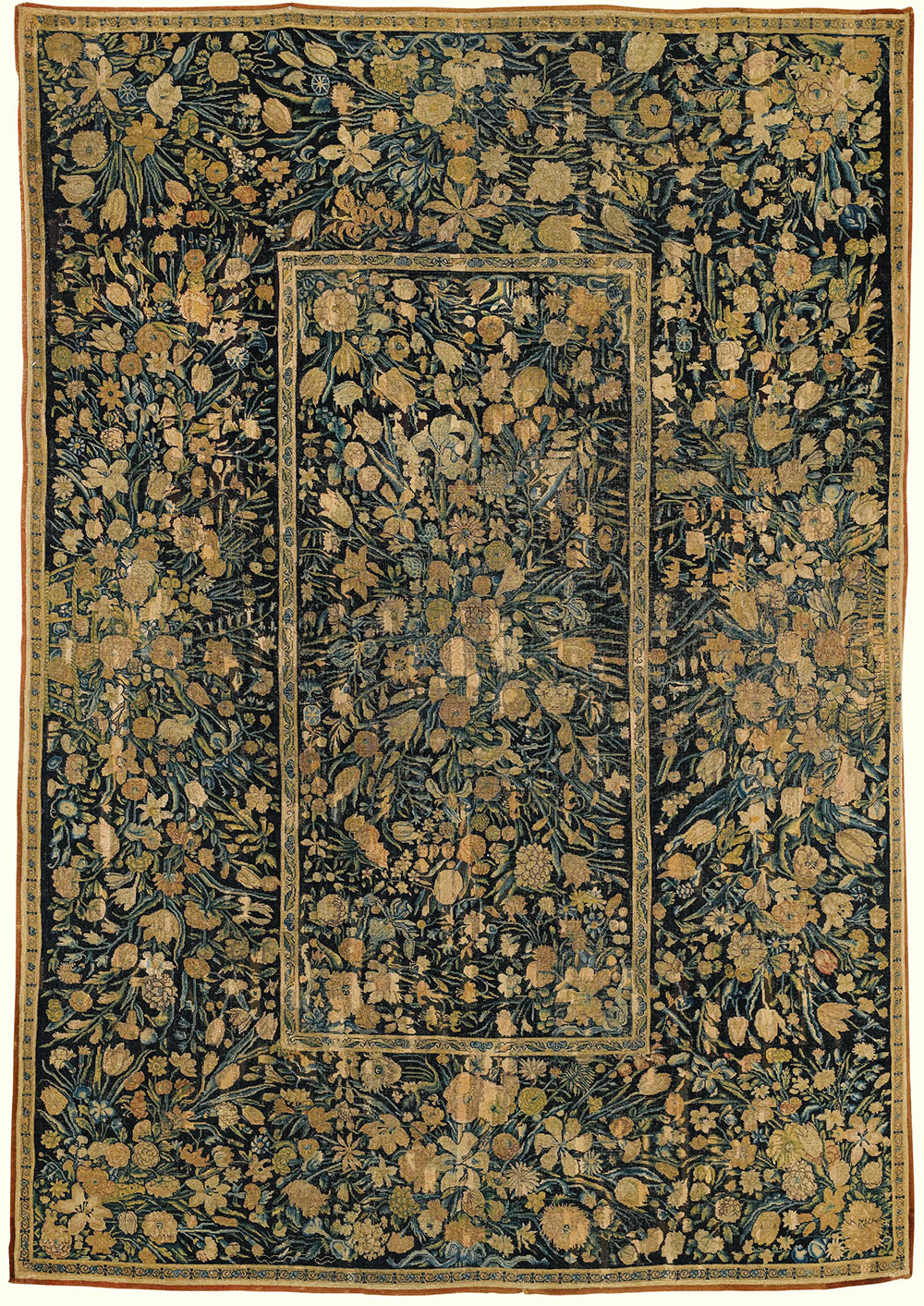