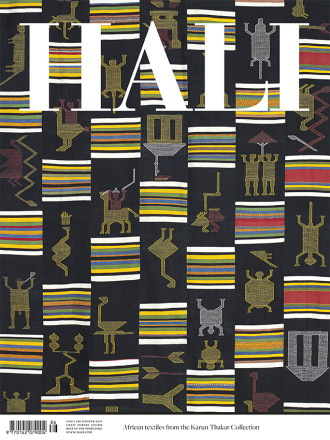 Narrow-strip woven cloths from Ghana & Togo
Figurative Indian chintzes for the Armenian Church
Rural and nomadic Moroccan textiles
How Islamic art came to Berlin
Interview with collector Ignazio Vok
'Kongo: Power and Majesty' at the Met
The lost tiles of Damascus
And much more! 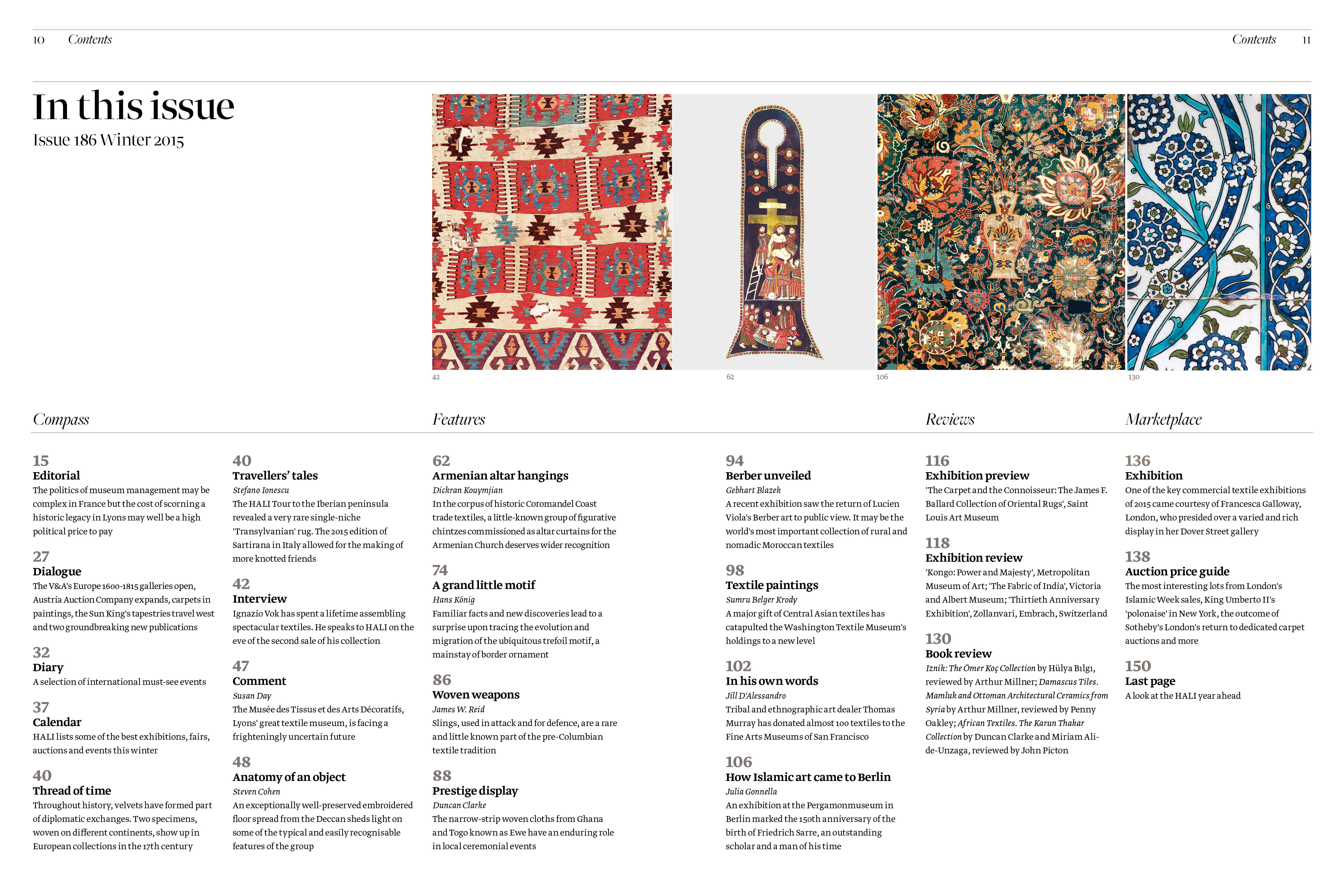 Calendar HALI lists some of the best exhibitions, fairs, auctions and events this winter

Thread of time Throughout history, velvets have formed part of diplomatic exchanges. Two specimens, woven on different continents, show up in European collections in the 17th century

Travellers’ tales Stefano Ionescu The HALI Tour to the Iberian peninsula revealed a very rare single-niche ‘Transylvanian’ rug. The 2015 edition of Sartirana in Italy allowed for the making of more knotted friends

Interview Ignazio Vok has spent a lifetime assembling spectacular textiles. He speaks to HALI on the eve of the second sale of his collection

Anatomy of an object: Steven Cohen An exceptionally well-preserved embroidered floor spread from the Deccan sheds light on some of the typical and easily recognisable features of the group

A grand little motif Hans König Familiar facts and new discoveries lead to a surprise upon tracing the evolution and migration of the ubiquitous trefoil motif, a mainstay of border ornament

Woven weapons James W. Reid Slings, used in attack and for defence, are a rare and little known part of the pre-Columbian textile tradition

Berber unveiled Gebhart Blazek A recent exhibition saw the return of Lucien Viola’s Berber art to public view. It may be the world’s most important collection of rural and nomadic Moroccan textiles

How Islamic art came to Berlin Julia Gonnella An exhibition at the Pergamonmuseum in Berlin marked the 150th anniversary of the birth of Friedrich Sarre, an outstanding scholar and a man of his time

Exhibition One of the key commercial textile exhibitions of 2015 came courtesy of Francesca Galloway, London, who presided over a varied and rich display in her Dover Street gallery

Last page A look at the HALI year ahead