In 1995, to mark half a century in the rug business, the late Paul Nels was interviewed by HALI’s then deputy editor Andrea Marechal. Her brief account, published in HALI 82, captures much of the spirit of a larger-than-life character who was a given on the London antique carpet scene for so many decades. 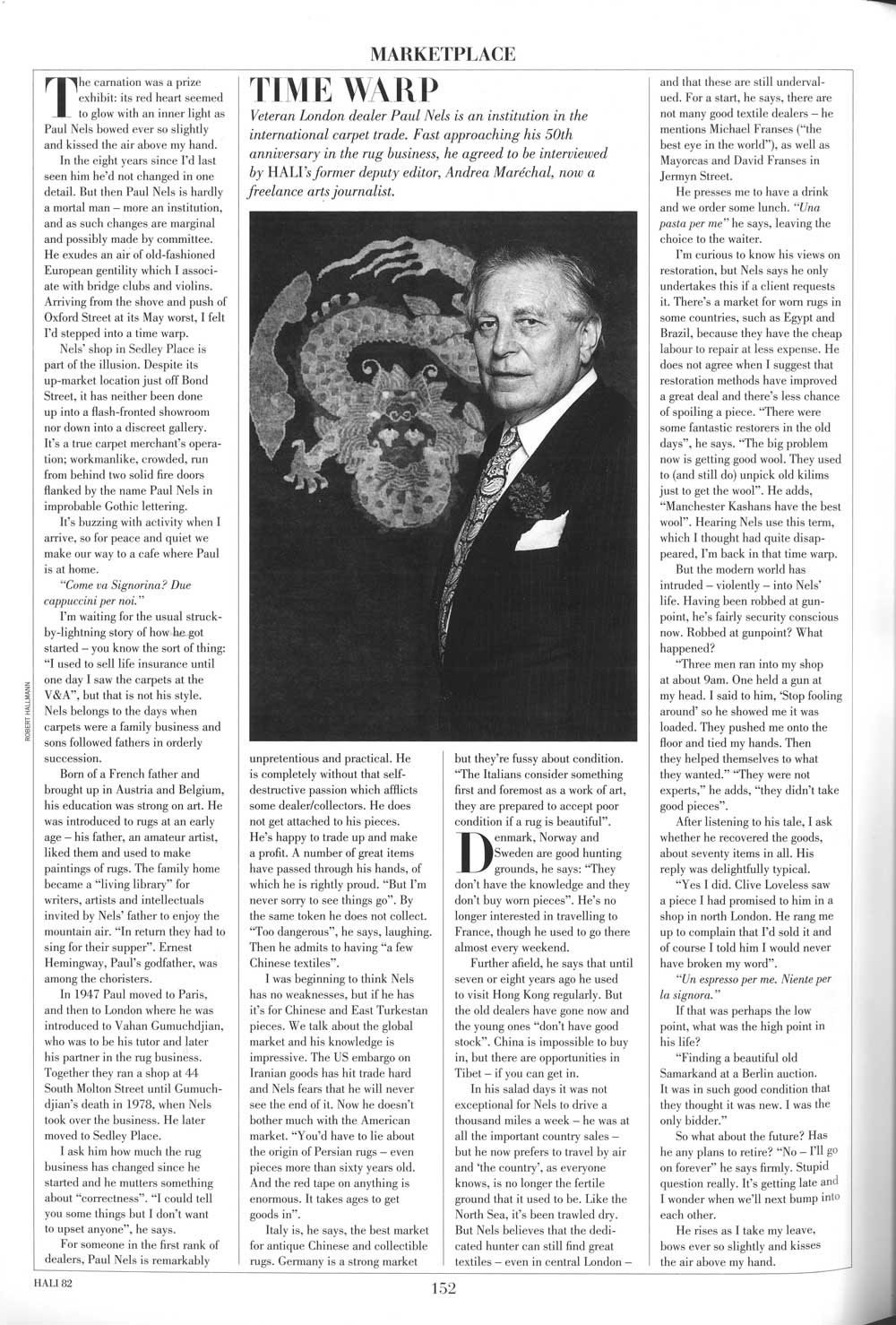