The first, Abraham’s Sacrifice of Isaac, a Flemish-style Allegorical tapestry consigned by a Hessian private collection, may have been made in Lower Saxony around 1600, although a more conventional Brussels attribution cannot be ruled out. 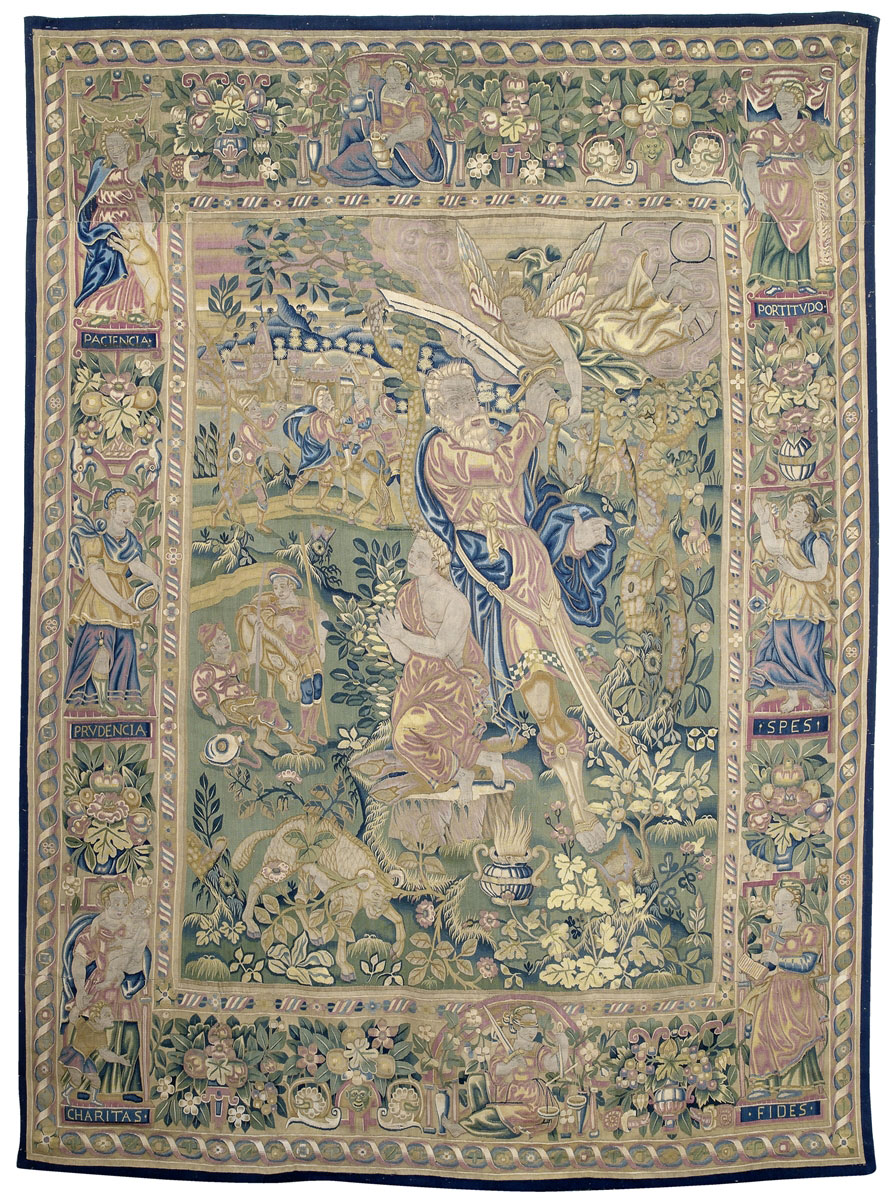 Lot 1: Abraham’s Sacrifice of Isaac (Genesis, 22,1-19), with allegorical figures of the Virtues in the borders. Tapestry, Germany, possibly Wolfenbüttel, or Brussels, circa 1600. 270 x 190 cm, Estimate €15,000.Provenance: Dr Schäfer Collection, Hesse; Bausback, Mannheim, early 1990s. An expertise of 1992 attributes the tapestry to Brussels; however it is almost identical to an example in the Museum of Fine Arts, Boston (no.64.41 labelled ‘Possibly Wolfenbüttel, Germany’. Another almost identical tapestry, once in the Berlin art trade, was attributed by Heinrich Göbel to the workshop of Boldewin of Brussels (Wandteppiche, III. Die germanischen und slawischen Länder, 1934, ill. 72b). 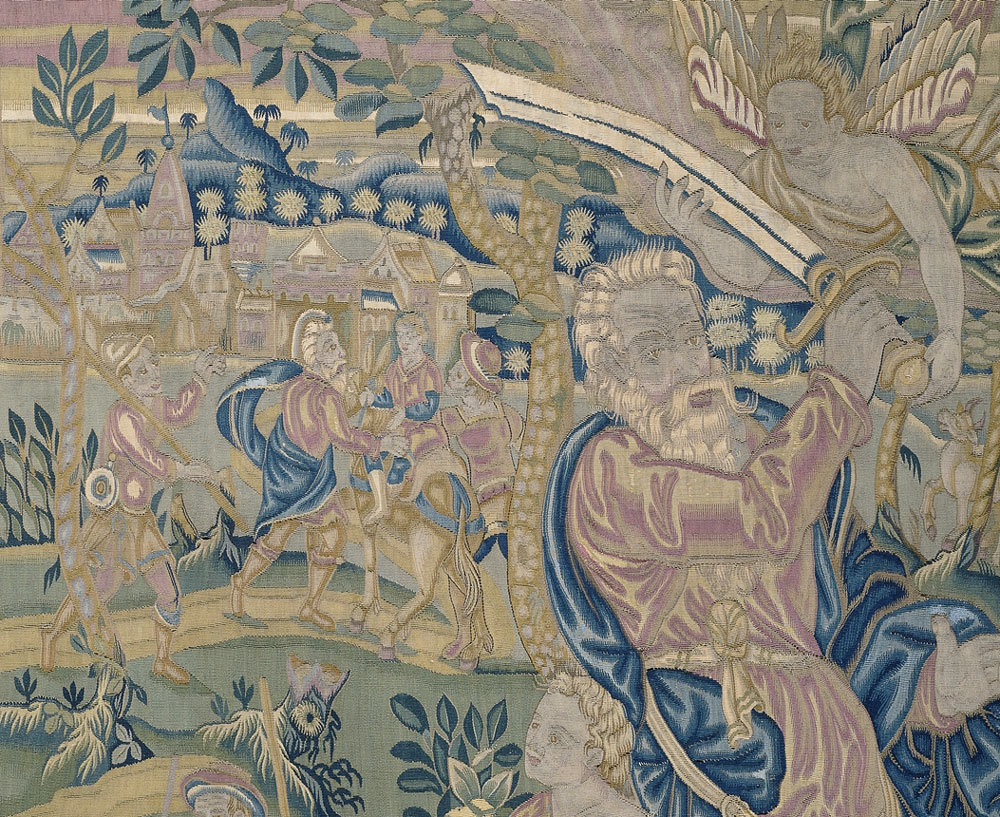 More certain is the origin of Five Swans, which was woven in Schleswig-Holstein in the late 1890s in an edition of 100, after a design by the German Jugendstil artist, graphic designer and typographer Otto Eckmann (1865-1902), and is considered an important work of German Art Nouveau. This example was acquired in 1900 at the Paris World Fair: others are held in the collections of institutions such as the Museum of Fine Arts, Boston and the State Museum of Baden-Württemberg. 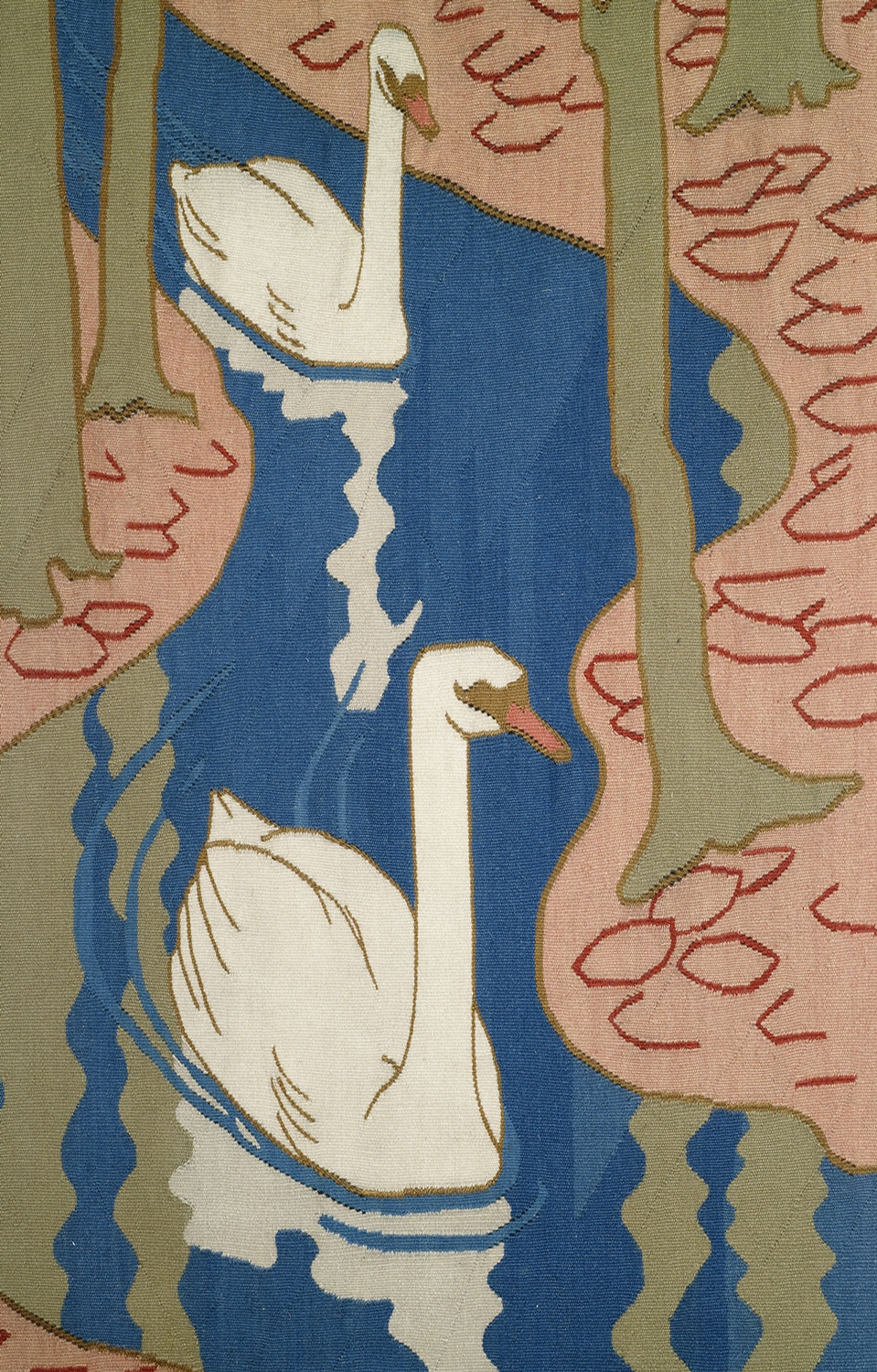 The sale also includes a 17th century French Aubusson tapestry depicting the marriage of a king. 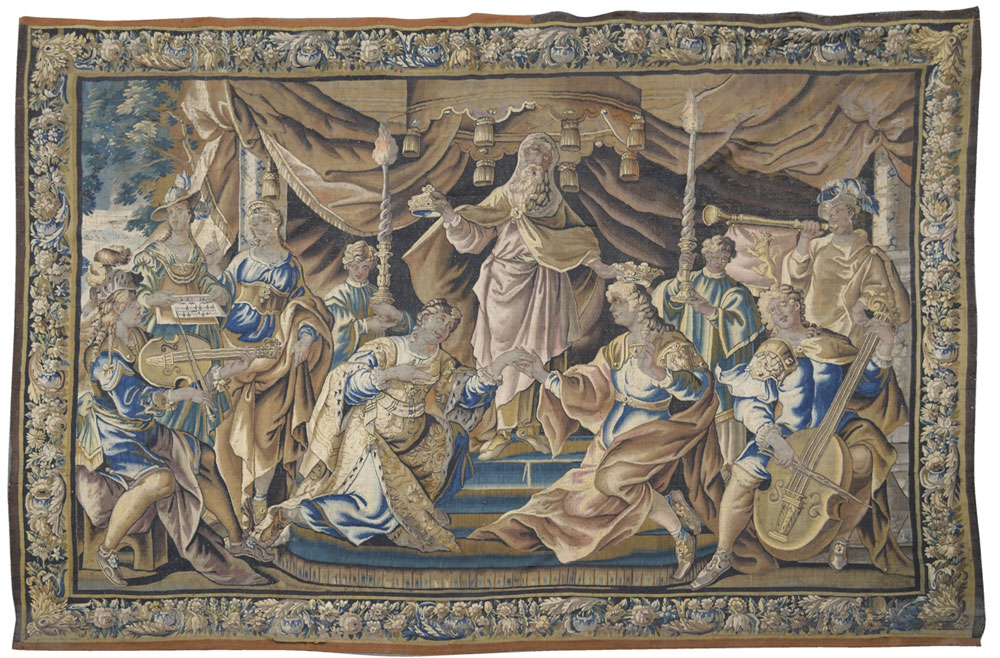