Dr Peter Alford Andrews, formerly Professor of Islamic Art and Archaeology at Bamberg University and now an honorary research fellow in Archaeology and Anthropology at Bristol University in the UK, and internationally known as the master of tent studies, has been granted the £1000 Ancient & Modern award for 2014. The £500 Godfrey Goodwin Prize for the runner-up goes to Oxford biochemistry graduate, Harriet Rix. 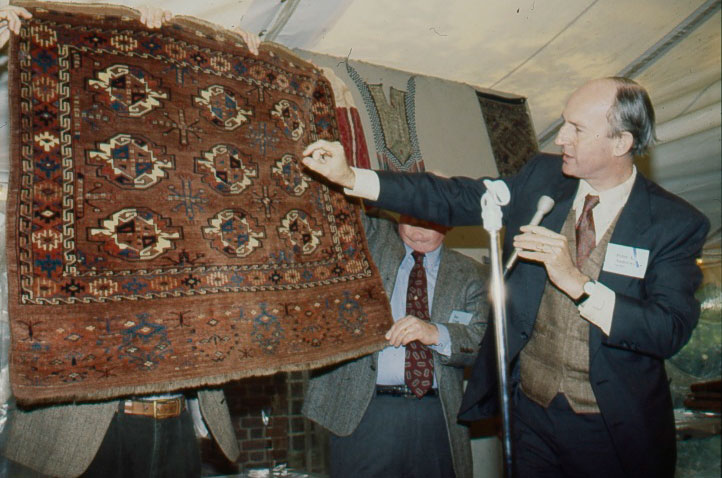 Set up by artist, author and art historian John Carswell to benefit scholars at the opposite ends of their careers, the annual Ancient & Modern prize for original research is open to those under 25 and over 60 years of age. Contributions towards the prize are made by HALI, Cornucopia and the three major London auction houses – Christie’s, Sotheby’s and Bonhams.

Prompted by a remark made by Persian art expert Arthur Upham Pope in 1966 that ‘no-one has ever considered tents seriously as architecture’, trained architect Dr Andrews and his wife Mügül Ataç, an expert on oriental embroidery, have dedicated much of their lives ‘studying nomadic and urban tents from Morocco to Mongolia’. The A&M grant will allow them to investigate two Indian tents ‘of unique importance’.

One is held at National Trust property, Powis Castle in Wales, where it was once used as a marquee at garden parties, having been acquired by the 2nd Lord Clive in 1800. It had originally belonged to Tipu Sultan of Mysore (1750–1799) who used it as his headquarters in the field. The other tent is in the Museo del Ejército, Toledo, Spain and is made from 20 panels embroidered with geometric and plant motifs, ships and highly prized spices. Dating from 1535, it is likely to be the oldest surviving Indian tent in the world. No technical details on either have ever been published. 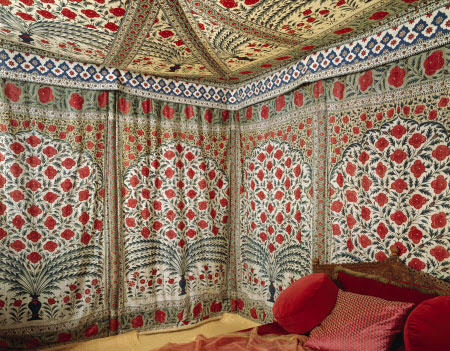 The Sultan Tipu’s tent, in the Clive Museum at Powis Castle. POW.CLIVE.T.1 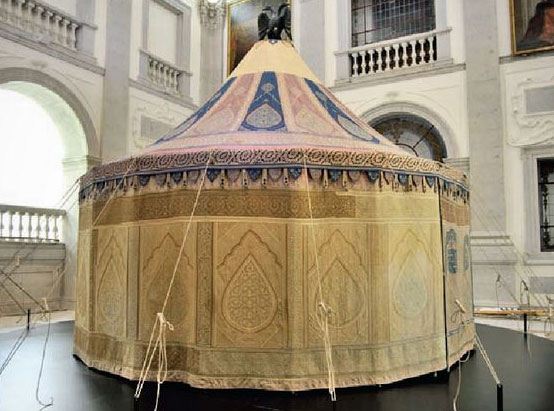 The Tent of Carlos V at the Museo del Ejército, Toledo, Spain

Rix, the recipient of the Godfrey Goodwin Prize, which was set up in memory of the Ottoman architecture scholar, will use her award to embark upon a journey that mimics that of the 17th century Levantine traveller, Francis Vernon, who made his way across the Ottoman Empire in 1676. The plan is to travel by boat and horse, as her predecessor would have done, though she concedes that she may have to rely on more modern modes of transport for part of the journey.

The closing date for the next Ancient & Modern Award will be April 2015. For all entries and enquiries please contact Julie Witford, secretary@ancientandmodern.co.uk