Henry’s Auktionshaus in Mutterstadt has been active in the auction market since 1979, however over the last few years it has emerged as a significant venue for buying antique rugs and textiles. The next sale on 9 December 2017 has almost 350 lots with a good offering of antique Tibetan and Chinese rugs among the semi-antique and antique furnishing carpets and rugs that represent the bulk of the sale. It is interesting to see a number of fine silk and wool Persian city rugs of the Pahlavi period with low reserves. 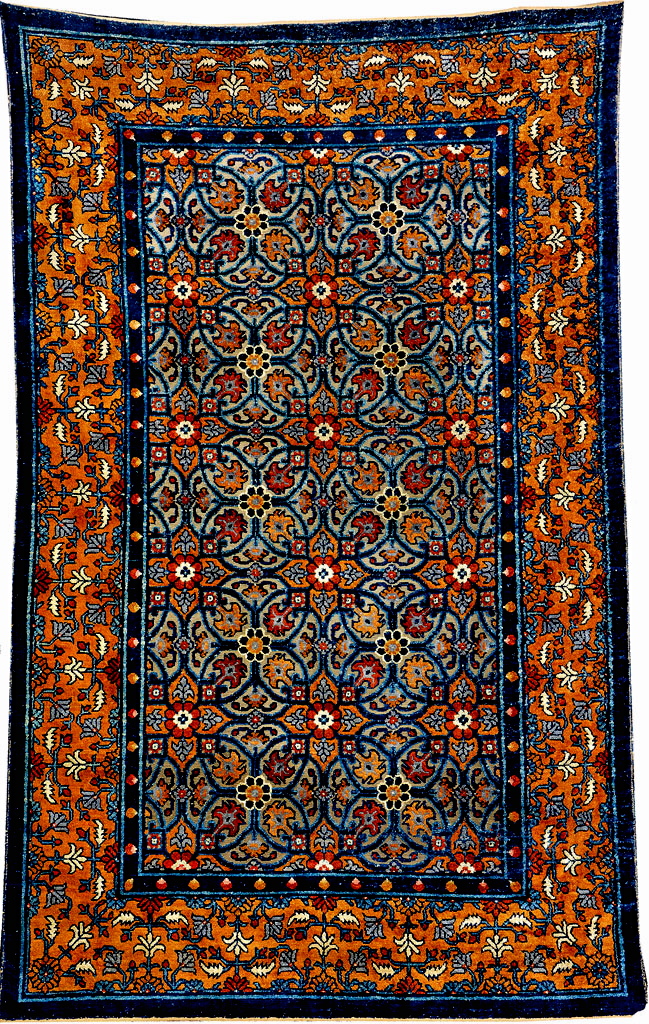 Three of the most interesting lots include a silk pile rug, lot 7225, embellished with precious metal thread and assigned as a ‘Palace Carpet’ probably made for the Forbidden City in Beijing. In great condition and with exceptionally fine drawing in the border and a clear substrate design in the field the carpet is ascribed to Khotan in the catalogue and dated to the late 18th century, being offered at a starting price of €20,000. 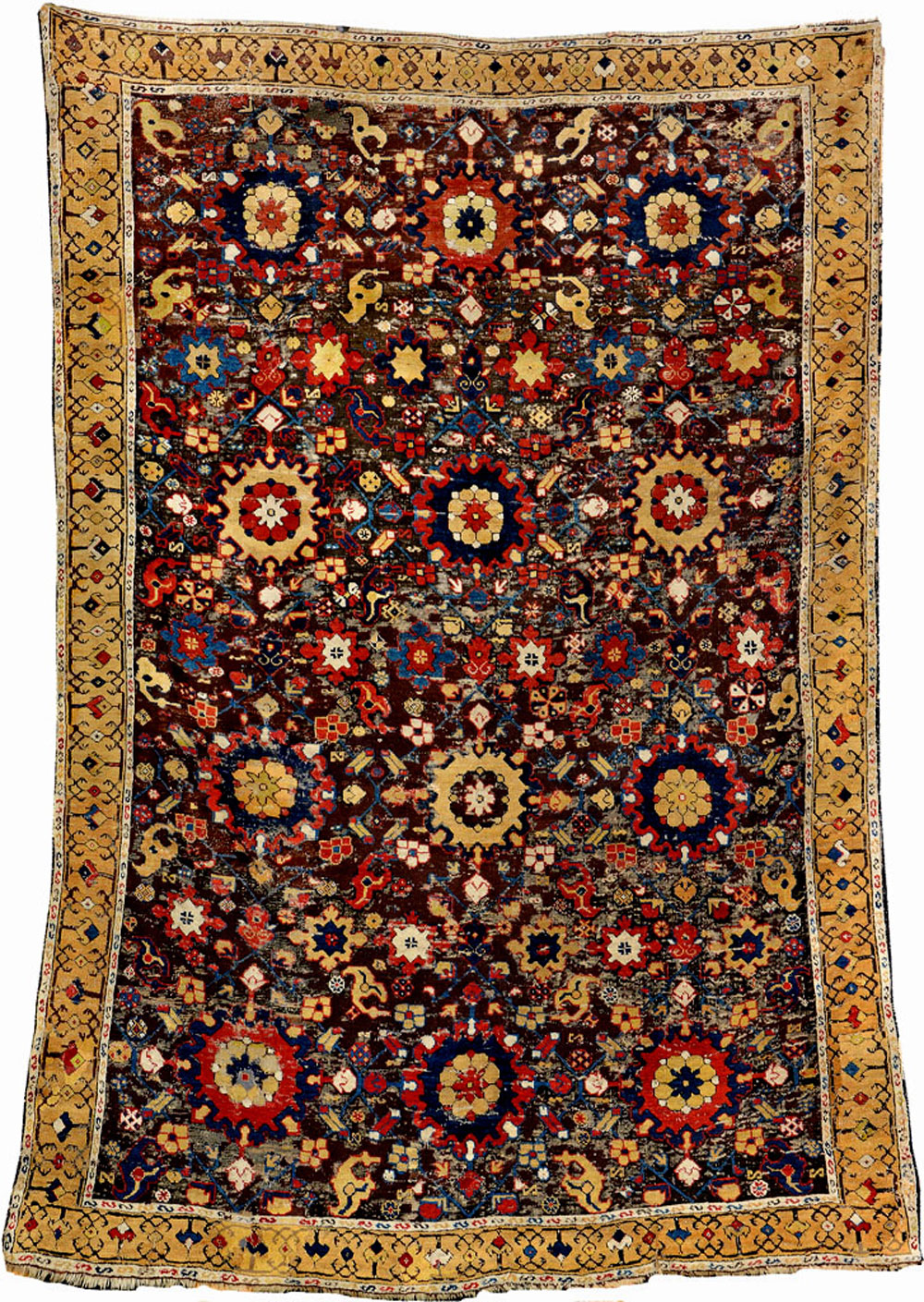 There are two early Caucasian entries: lot 7227, an 18th-century east Caucasian carpet with an Afshan design with an estimate of €3,000 and lot 7226, catalogued as a huge Azerbaijan kelleh and dated to circa 1800, measuring 5.5 m in length and with an opening bid at €5,000. The latter’s so-called cane design is known on later Persian Fars-region rugs, however Azerbaijan was one of the most important centres for the importation and distribution of Kashmir shawls with similar designs from the 18th century, making this an unusual and early example of the transmission of designs between textile media. 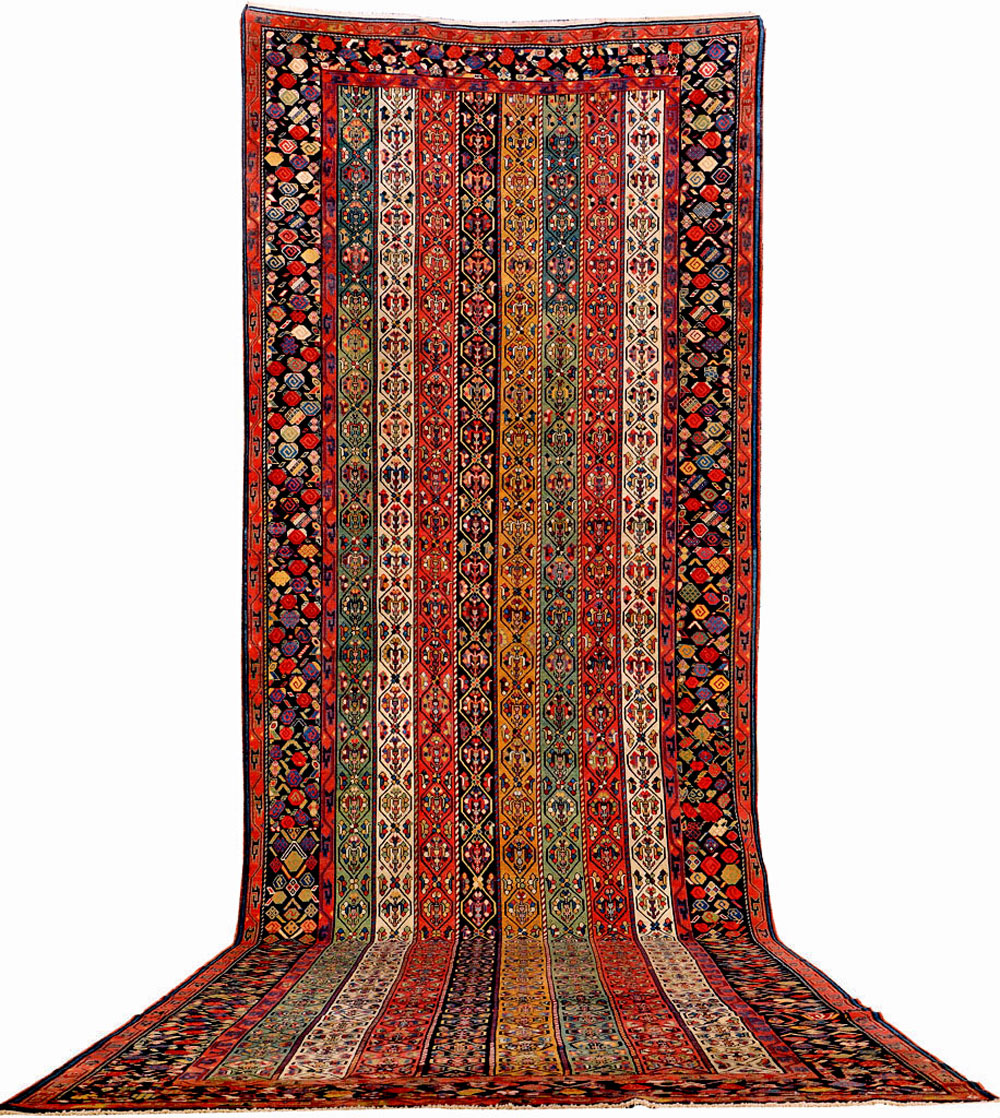 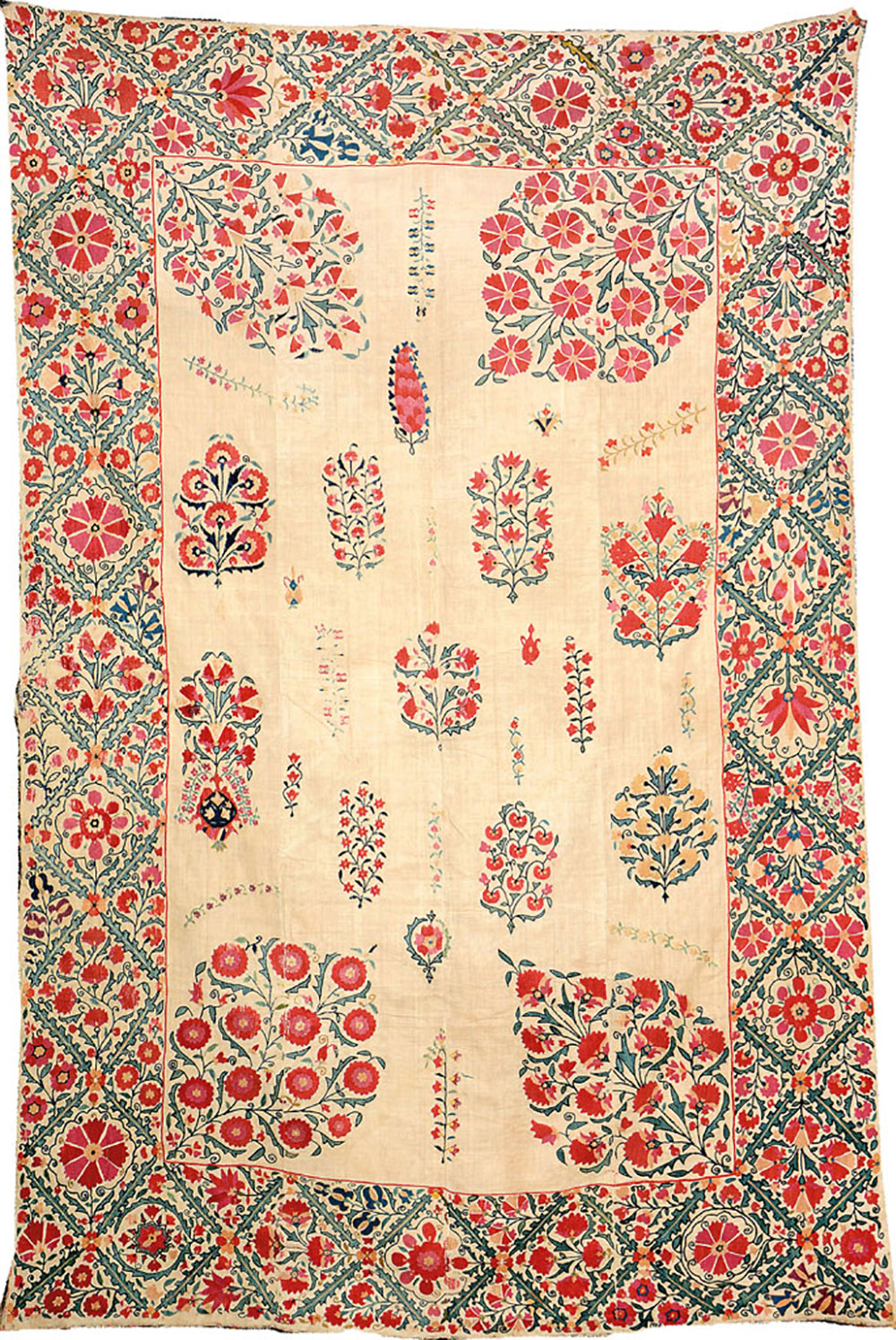 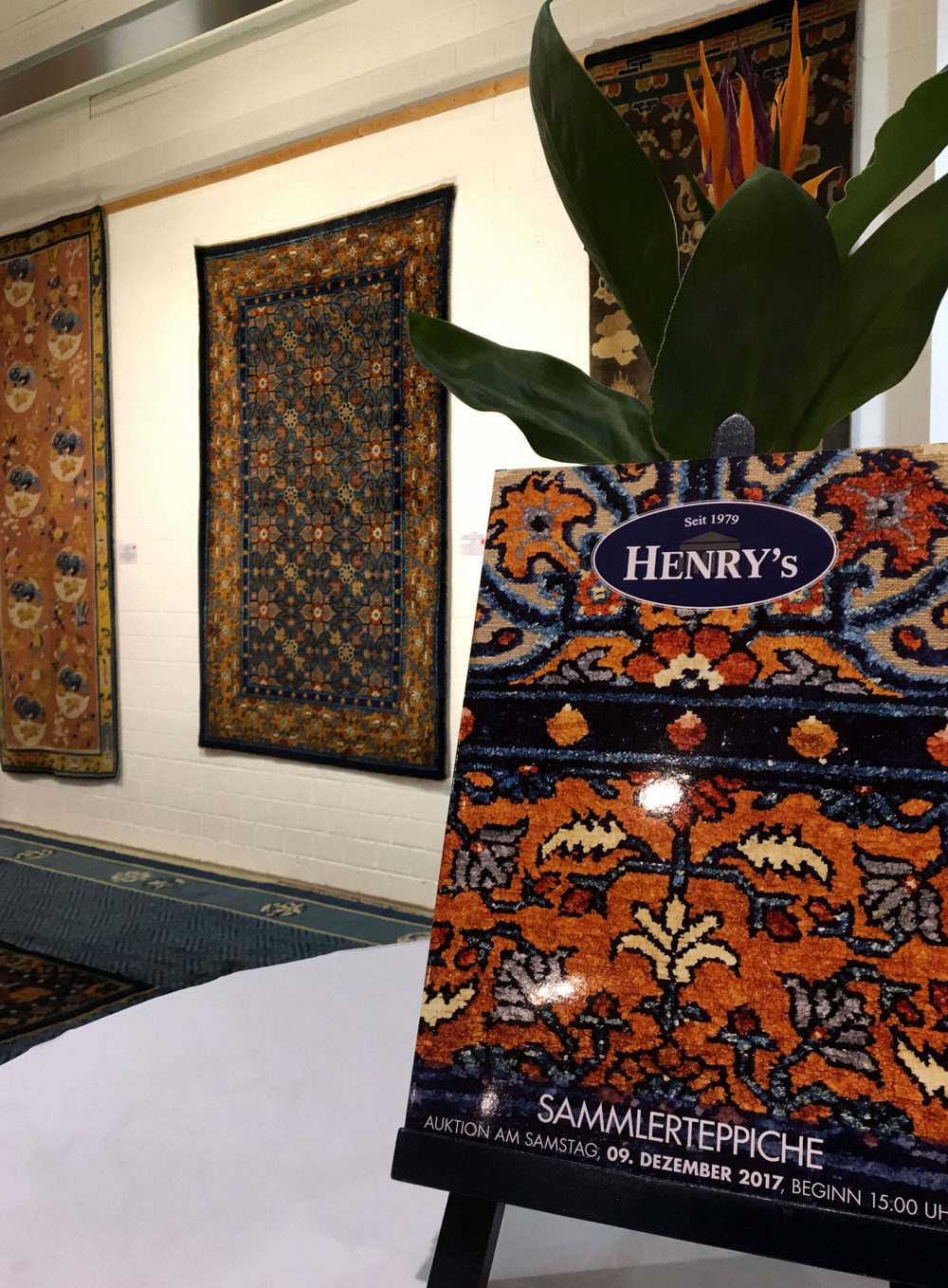 The lots are currently on view at Henry’s in Mutterstadt 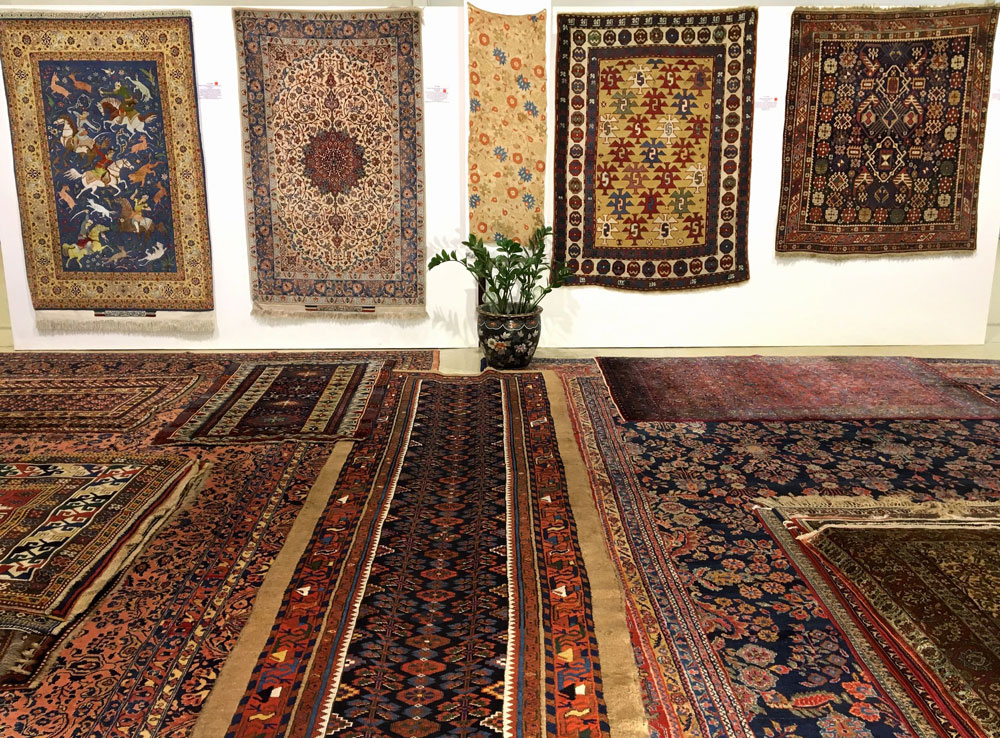 View from Henry’s in Mutterstadt