Dorotheum’s special single-owner sale in Vienna of oriental carpets, kilims and textiles from the Adil Besim Collection on Tuesday 19 June 2018 features a single consignment of 152 lots from the holdings, both private and corporate inventory, of the Austrian capital city’s leading firm of carpet dealers. Known for its annual grand exhibitions at the Vienna Hofburg, and the series of Mythos & Mystik sales catalogues, the company was established in 1946 by Adil Besim, and was run from 1971 to 2000 by Ferdi Besim and Fritz Langauer, the second generation of the family who founded the firm, and since then by Ferdi together with his son Omar. Now Ferdi plans to wind down his professional career while Omar will continue running the company business, but with an increasing focus on modern items. 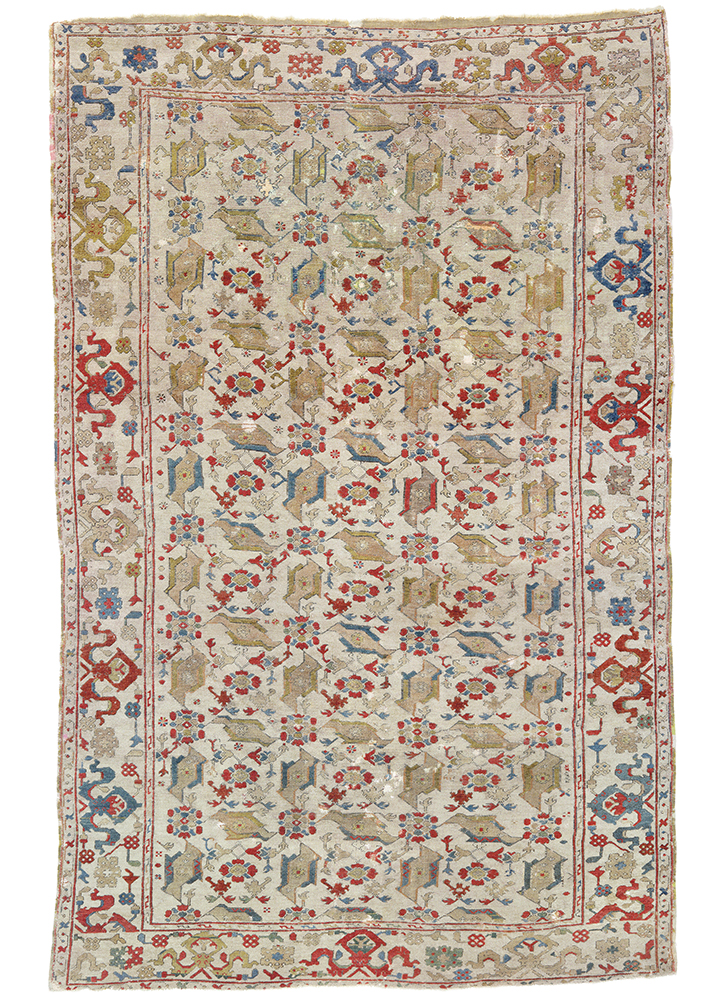 The most talked-about item in the sale is a white-ground West Anatolian, so-called Selendi, ‘Bird Ushak’ rug (lot 58), reputedly booty from the Turkish siege of Vienna in 1683, with reported provenance including an Austrian noble family, the von Schärffenbergs of Hohenwang in the Steiermark, from whom the current owner’s family acquired it. At some point in its history, this curious carpet was apparently overdyed in ecclesiastical purple/red for use in Christian ritual. It was exhibited (not for sale) by Galerie Sailer of Salzburg at the Kunstlerhaus Dealer’s Fair during the 1986 Vienna ICOC, when traces of the overdyeing were still evident. It has since been recleaned. The catalogue lists an estimate of an eye-watering €500,000. Suffice to say that if it achieves that price, it will be one of the most expensive classical Turkish carpets ever sold at auction. 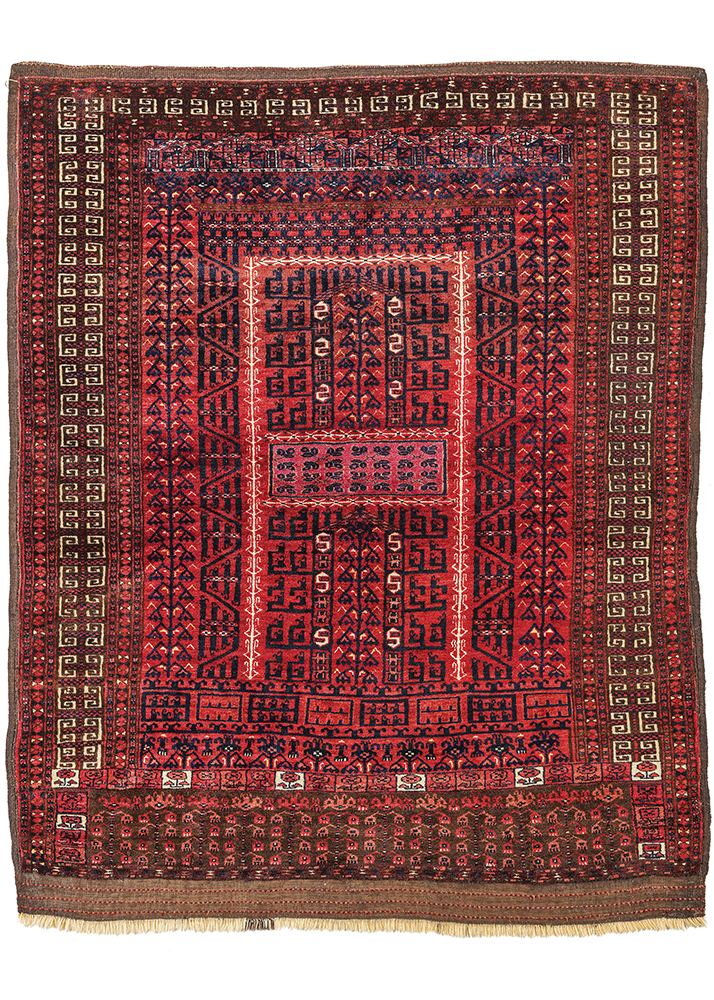 Several of the antique Turkmen carpets in the Besim sale, most of them previously unpublished, are also worthy of note: Lot 42, a Saryk ensi, will open at only €5,500. The same opening price is asked for lot 46 and lot 50, both Yomut kepse-göl main carpets with ‘C’ elements in the göls, as well as lot 47, a 12-gül Kizil Ayak chuval with strong Salor influence, and lot 52, a 4 x 10 göl Tekke main carpet with intact knotted pile ends. 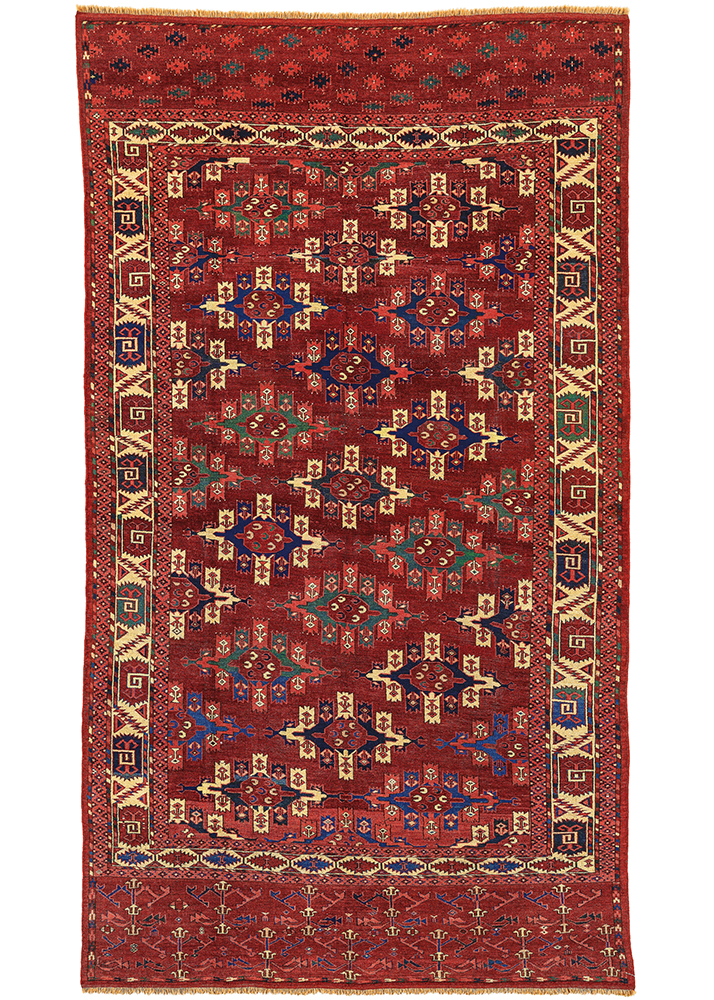 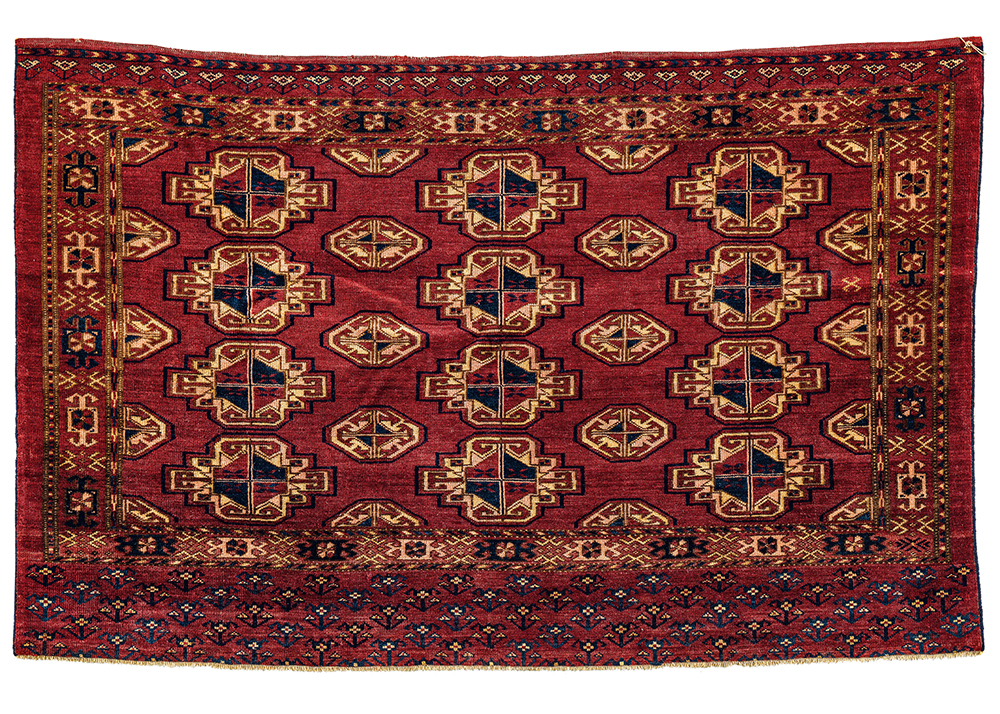 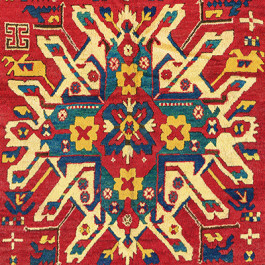 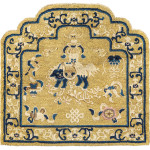 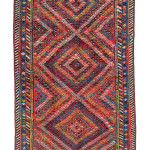 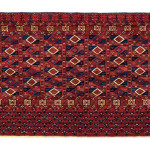 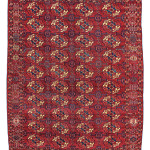 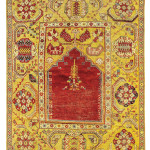 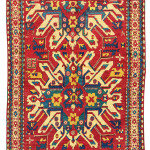 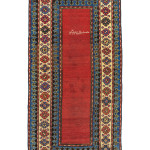 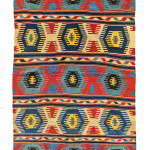 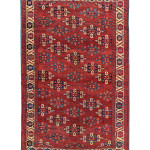