The Fabric of India at the V&A

The Victoria and Albert Museum have announced a major textile exhibition for Autumn 2015. The Fabric of India, supported by Good Earth, will present 200 handmade objects that will celebrate the variety, virtuosity and incomparable richness of India’s textile traditions, 3 October 2015 – 10 January 2016. This show will be the highlight of a whole series of events happening as part of the V&A India Festival, which marks 25 years since the V&A’s Nehru Gallery of South Asian art was opened, and the Nehru Trust for the Indian Collections was launched in order to support and encourage the study, preservation and display of India’s art and cultural heritage. 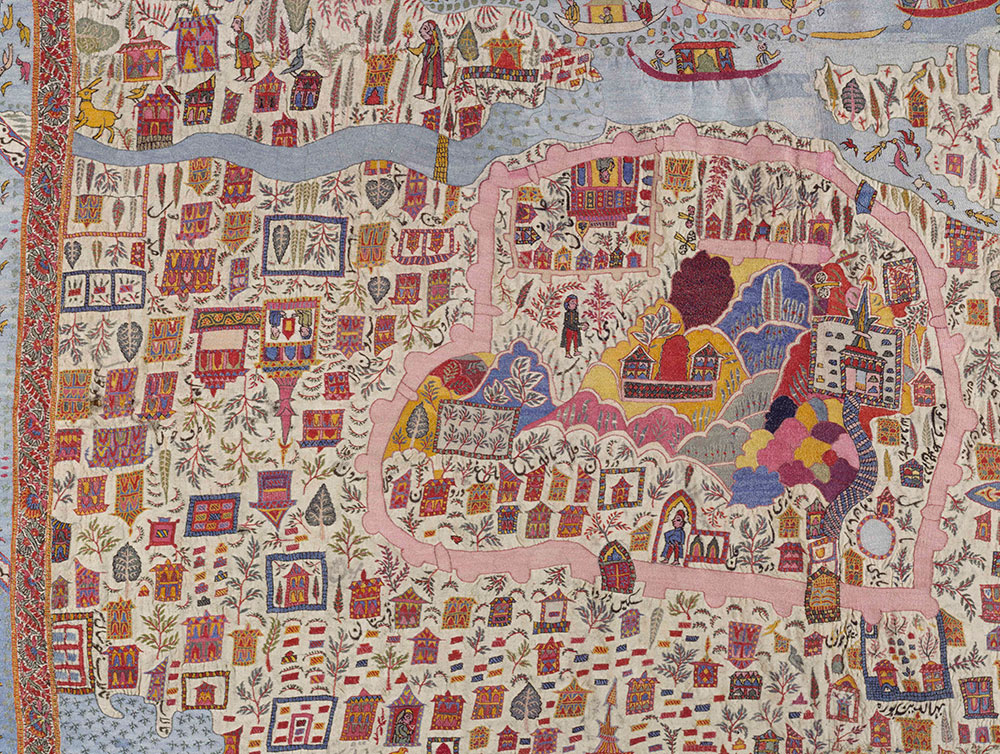 The Fabric of India is co-curated by Rosemary Crill and Divia Patel, both of whom are thrilled to have the opportunity to showcase such a dynamic range of textiles. A vast applique wall-hanging from Gujerat that was discovered abandoned on a New York sidewalk in 1994 and a flag from a Muslim shrine in Northern India circa 1896 that was acquired by the V&A in 1912 are just two of the objects that will be on show for the first time. Until now, it has proven impossible for several of the large-scale pieces in the collection to be put on public display.

There are to be six distinct sections to the exhibition; Nature and Making, will look at the abundance of India’s raw materials and the extraordinary variety of regional techniques used in the fabrication, embellishment and natural dyeing of textiles across the subcontinent.

Sacred and Splendid will explore the use of textiles for religious purposes within Jain, Muslim, Christian, Hindu and Buddhist traditions, and the opulence and splendour of lavish textiles produced for courtly furnishings and dress. A 17th century Mughal hunting coat in this section was rejected when it was first offered to the museum in 1929. Fortunately the owner got back in touch 20 years later, when the rarity and importance of the exquisite piece was recognised and purchased for the sum of £100. It is one of the most densely decorated Mughal garments to have survived. The enormous Tipu’s Tent, usually displayed at Powys Castle in Wales will be installed here also, allowing visitors to walk inside, surrounding themselves in its 58 square metres of printed floral chintz.

Designed to Appeal tells the complicated tale of India’s historic textile trade and includes the earliest piece in the show; a wool blanket fragment from 3rd century AD, excavated in present-day China. Examples made for export to Indonesia, Egypt and Europe highlight the differences between global textile tastes. Seven different handkerchiefs made for export to France, England and West Africa demonstrate that the majority of textiles in this show were humble objects made for everyday use.

Changes in textile trade patterns and protest movements upon global economics and fashions will be addressed, as will the future of Indian textile design from Bollywood to the catwalk.

A full catalogue will accompany The Fabric of India. A second major exhibition, Bejewelled Treasures: The Al Thani Collection and a broad programme of lectures and events will also take place during the V&A India Festival. 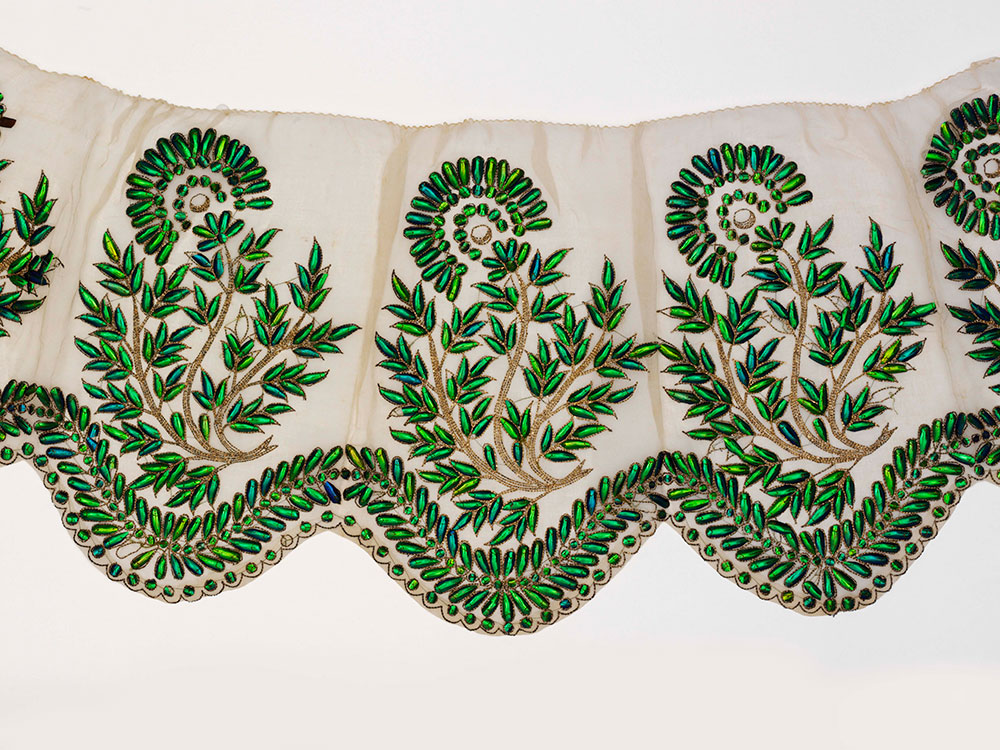 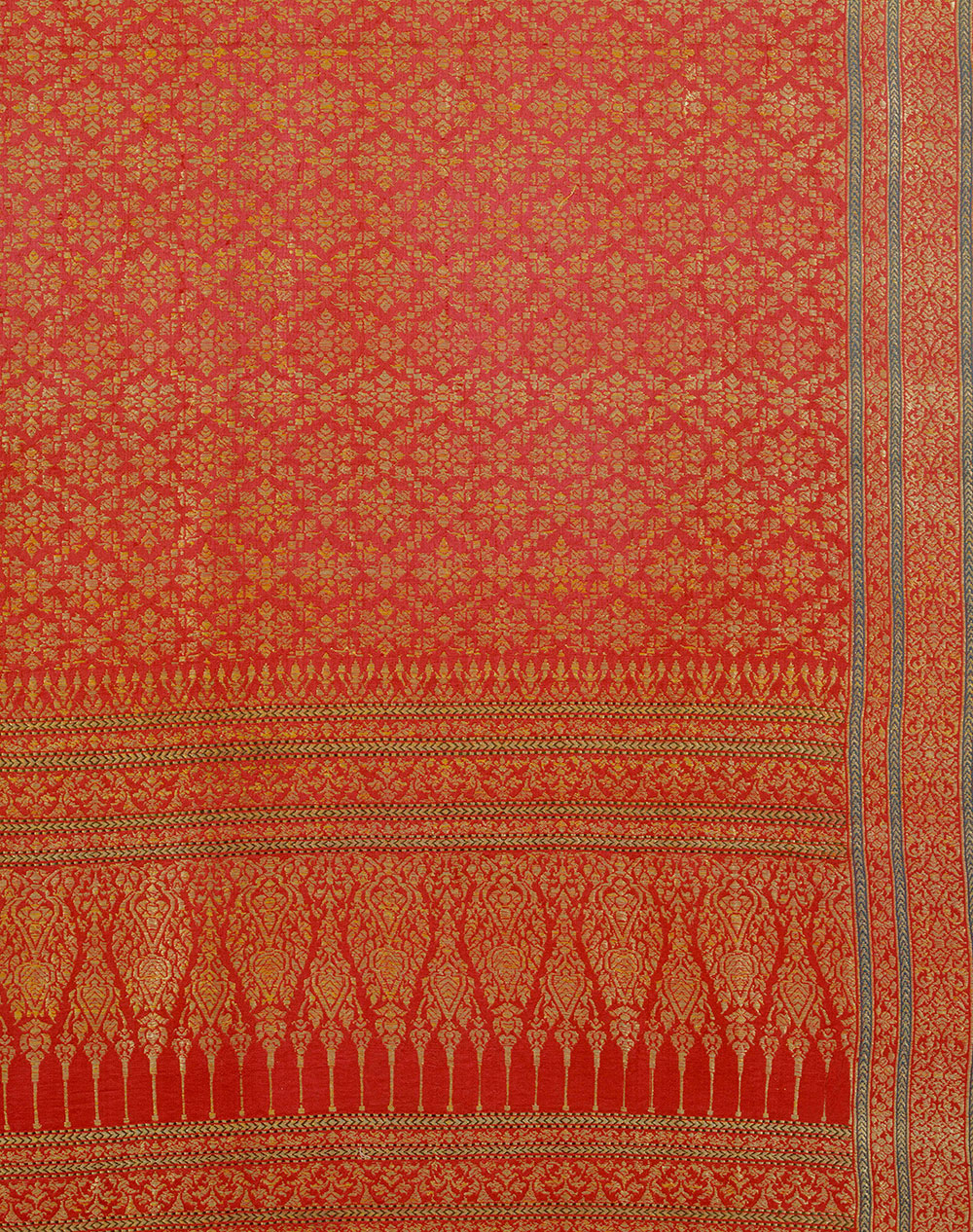 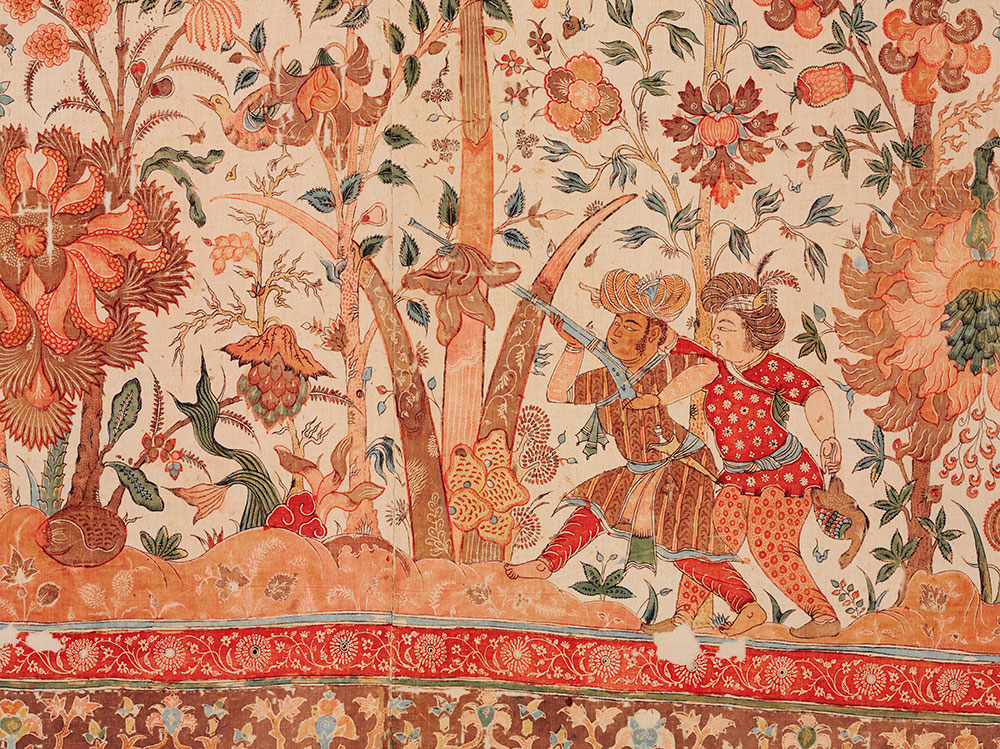