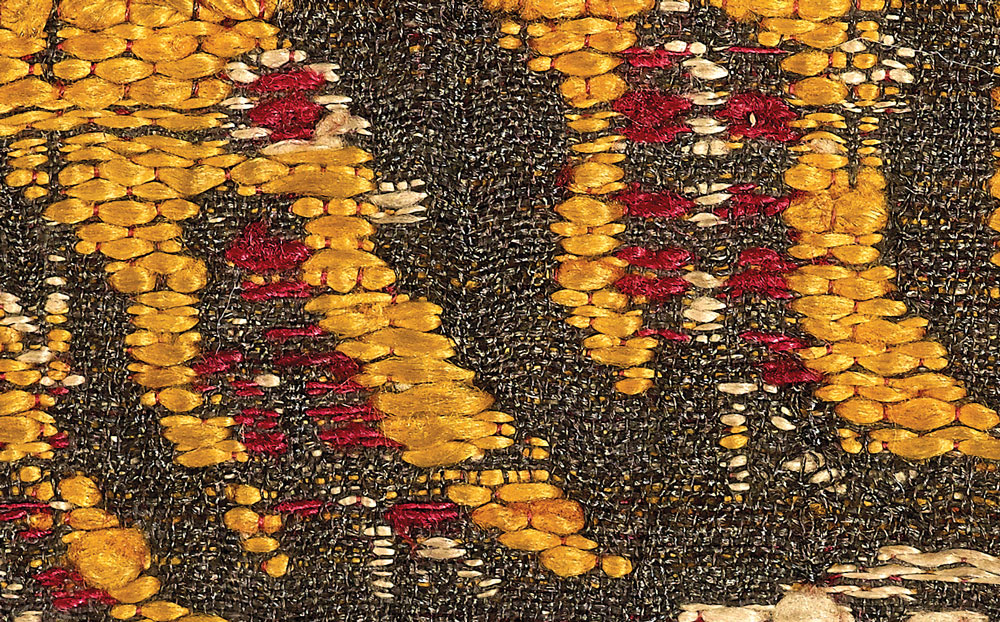 The full article appeared in HALI 187. Buy the issue here.

More than nine metres long, The British Museum’s ‘Cloth of Vrindavan’ is the focus of the current exhibition ‘Krishna in the Garden of Assam’. Woven in India and assembled in Tibet, it is introduced here by T. Richard Blurton, senior curator of the South and Southeast Asian collections at the museum.

In Rudyard Kipling’s homage to his friend Perceval Landon, quoted in the title, we get a glimpse of how in the early 20th century, unknown and apparently exotic textiles came to Britain as part of the process of empire. His 1927 poem, ‘A Song in the Desert’, described the way Landon, a newspaper correspondent, brought him objects to marvel at that he had acquired during his worldwide travels. 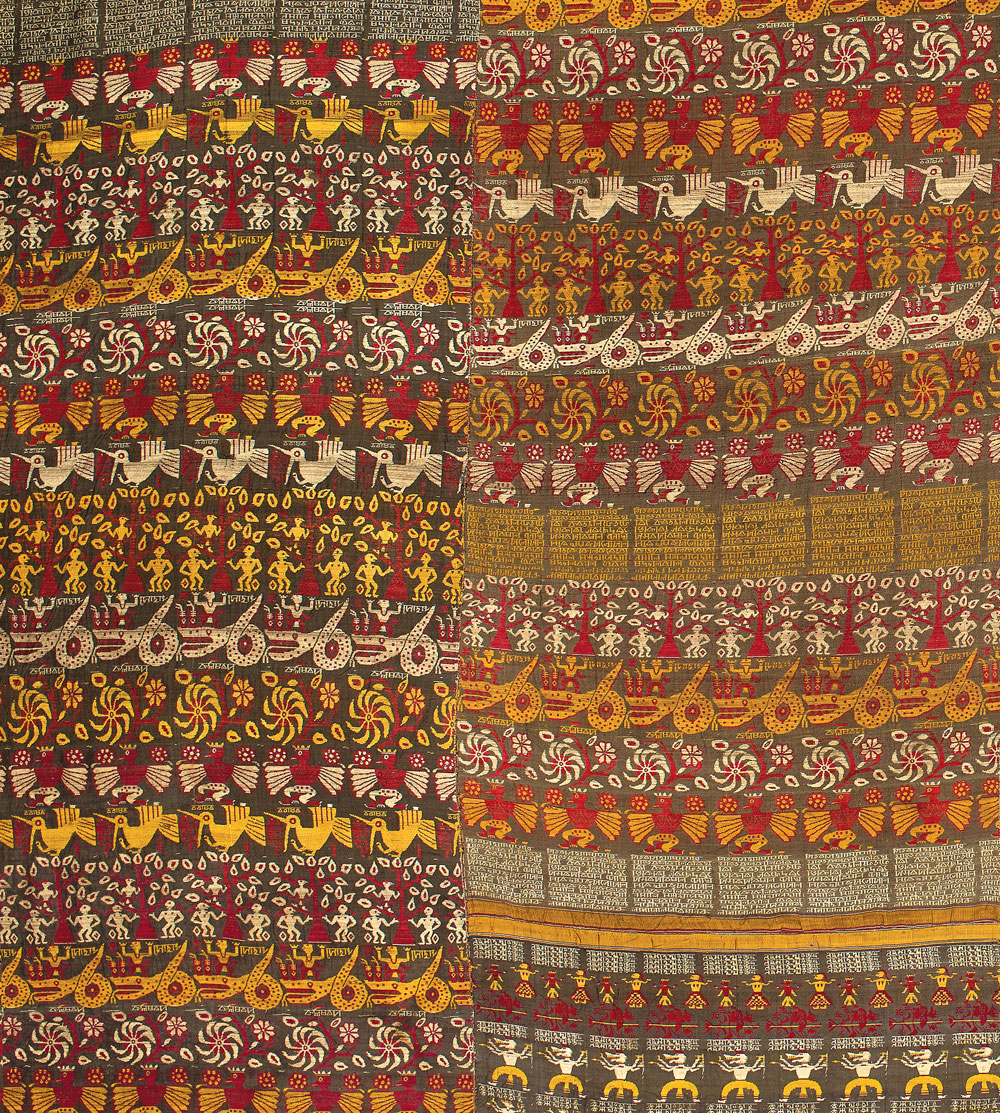 One such magnificent example, originally from Assam in northeastern India and known as the Vrindavani Vastra (the Cloth of Vrindavan), features in the current exhibition ‘Krishna in the Garden of Assam: the Cultural Context of an Indian Textile’ (until 15 August 2016) at the British Museum. Given by Landon to the museum in 1905, it is made of woven silk and is now believed to be of late 17th century date, though when it was found no one ventured any date for it. Further, we now know it to be from Assam, though when acquired by the museum it was assumed to be Tibetan – despite the many identificatory captions and, in one area, an eleven-line verse repeatedly woven into it, in Assamese characters.

More than nine metres in length today, this extraordinary textile is made up of twelve separate strips of cloth, each about 80 cm wide, that are now stitched together. This assembly almost certainly happened when the strips were taken to, and re-used in southern Tibet – they ended up in the Monastery of Gobshi near Gyantse. At that time, lengths of brocade and damask were added along the top of the cloth and above this, metal hanging rings attached. 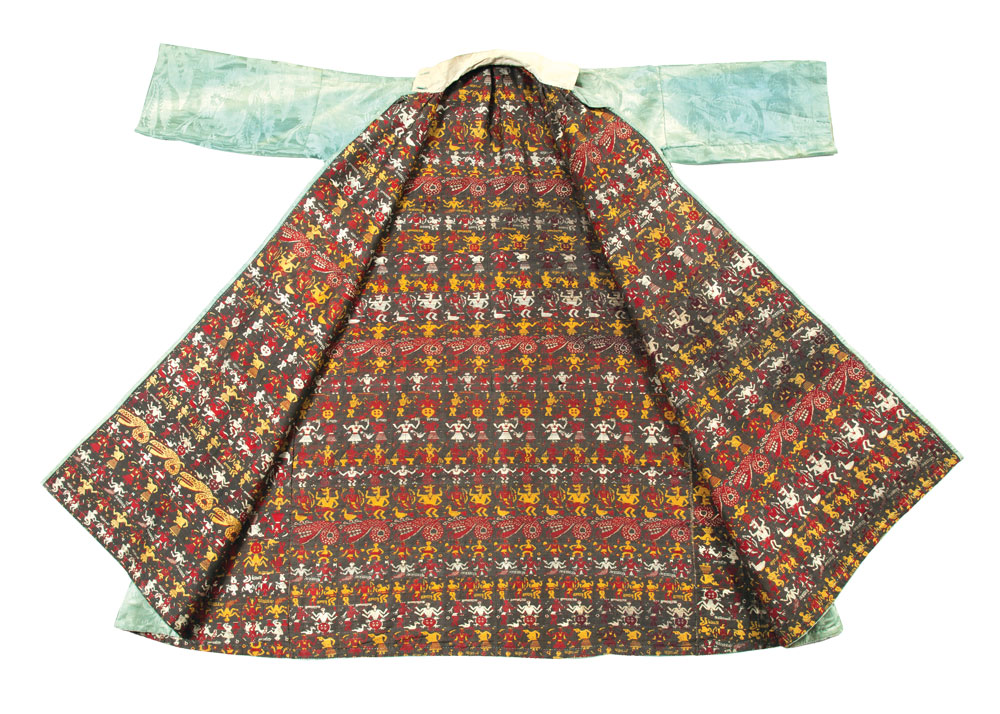 Each of the original strips is woven, in the lampas technique, with scenes from the life of Krishna or depictions of the ten incarnations of the Hindu god Vishnu (Krishna is also the eighth incarnation). Not all the strips have the same sequence of motifs: there are four different sequences, some almost entirely incarnations, and others mostly scenes from Krishna’s life.

The dating of these strips is not certain, but Rosemary Crill, whose early work has been fundamental in providing a framework for understanding the group, has suggested a date around 1680 for all twelve strips (HALI 62, 1992, pp.76-83). In Assam, the combination of Krishna and Vishnu imagery points ineluctably towards Shankaradeva, the great saint of late medieval Krishna devotion (d.1568). He founded and then energised the tradition of unconditional devotion to Krishna in Assam, and most things concerned with the god and his story ultimately go back to him and his many disciples in the years soon after his death.