Wall hanging from the ‘The Fabric of India’

HALI is pleased to announce its return to the Olympia International Art & Antiques Fair in London, 18-28 June 2015. Back by popular demand, HALI brings together a group of select dealers in antique carpets and textiles in a single location.

With its unrivalled expertise in the field of rugs and textiles, HALI is putting on a celebration of this art form with a series of curated talks and a HALI Tour. Exhibitor participation is by invitation only and includes a number of leading national and international galleries: James Cohen, Aaron Nejad, Brian MacDonald, Gideon Hatch, Rippon Boswell & Co. Wiesbaden, Iznik Classics from Istanbul, Ramezani and Cornucopia magazine. Also exhibiting under the same umbrella are Galerie Arabesque from Stuttgart, Carbone from Turin and Clive Loveless Primal Art.

“Textiles are the architecture of an interior, they bring passion to a space. They are an immediate window into the soul of the home owner offering a glimpse at their taste and personality. They create comfort, warmth, presence and individuality to a space unlike any other interior design instrument. HALI at Olympia is a must-see exhibition. For anyone interested in interiors and their design it will be a joy to see this important fair back and I very much look forward to the inspiration and knowledge it will give us all who visit.” Interior designer Martyn Lawrence Bullard 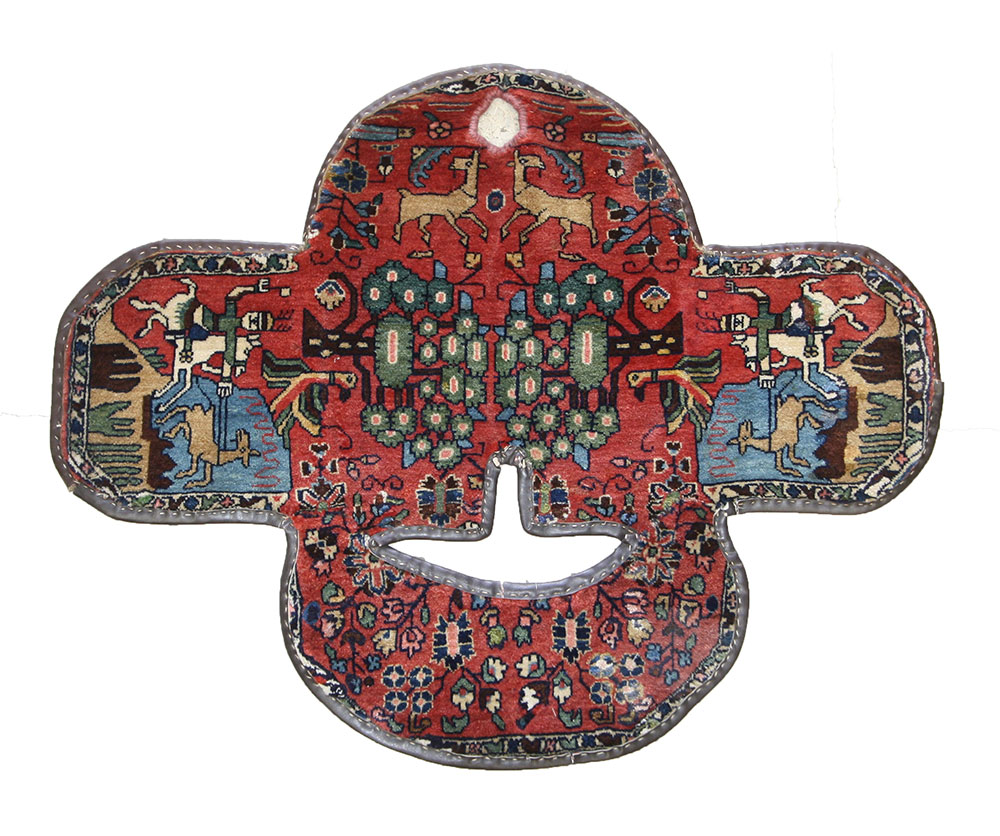 Join HALI in London on 23-26 June 2015 for a four-day series of specialist events offering exclusive access to little seen carpet and textile treasures amidst the convivial atmosphere of the UK summer art season.

View Safavid Persian carpet fragments and antique Indian textiles in the Victoria and Albert Museum archive at the Clothworkers’ Centre and Blythe House in the company of two esteemed curators: Rosemary Crill and Moya Carey. At the William Morris Gallery, explore the 19th-century English designer’s fascination with Persian carpets and their influence on his original designs. 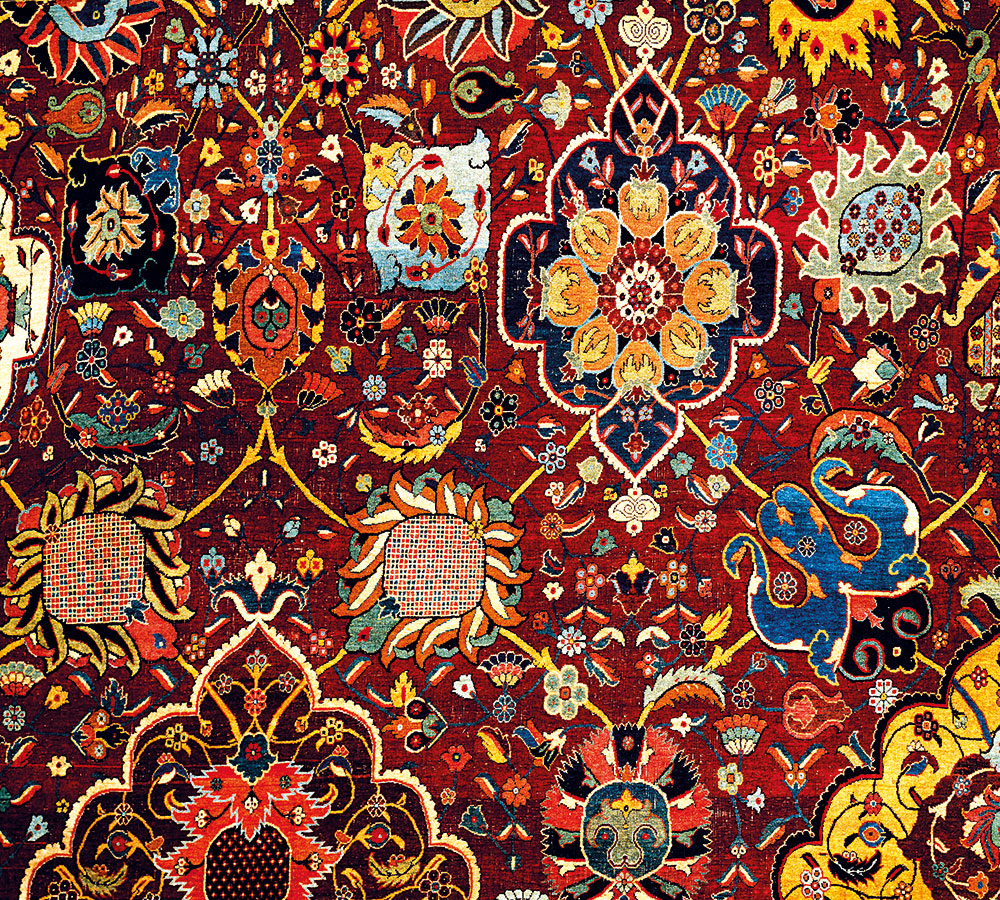 Marvel at a host of masterpieces at Boughton House, one of the art treasure houses of Britain, a privately owned stately home set in landscaped parkland, with furniture, tapestries, ceramics, a spectacular 16th century Persian ‘Sanguszko’ carpet and four unusual English knotted carpets. Tickets to Masterpiece London at the Royal Hospital, Chelsea, a drinks reception at Olympia International Art & Antiques Fair, all transport to venues from Olympia and two lunches are included in the HALI in London Tour. The price per person is £350. Limited places are available. For further information, please contact Rachel Meek at rachel.meek@hali.com or +44 (0)207 657 1220.

Saturday 20 June, 12pm: ‘Eagles of the Caucasus – A flight of textiles, carpets and folktales’ by Robert Chenciner: Witnessing birds of prey circling the thermals in Daghestan in 1988 had a profound effect upon Robert Chenciner. He describes the experience as ‘almost mystical’ and was spurred to investigate the role that eagles play in Caucasian folktales, decorative motifs and symbolism. An eclectic journey ensued, delving into the varied appearances and interpretations of the bird in national heraldry worldwide. This talk relates to the eagle and associated beliefs in the decorative themes found on handknotted carpets and Kaitag embroideries of the Caucasus and neighbouring lands.

Sunday 21 June, 12pm: ‘William Morris and his fascination with carpets from the Middle East’ by Anna Mason: William Morris was intrigued by carpets from the Middle East. In 1877 he wrote to a friend, ‘I saw yesterday a piece of ancient Persian, time of Shah Abbas (our Elizabeth’s time), that fairly threw me on my back: I had no idea that such wonders could be done in carpets…’ London was the centre of a thriving import in Persian carpets to grace the floors of the most fashionable homes. Morris started to collect as early as the 1860s and became an authority, acting as an adviser to the V&A and encouraging the museum to buy the Ardabil carpet. This talk will explore his fascination with these textiles and how it influenced his own practice as a designer. www.wmgallery.org.uk

Friday 26 June, 5pm: ‘The Fabric of India’ by Rosemary Crill: The highlight of the V&A’s India Festival, ‘The Fabric of India’, which opens in October 2015, will be the first major exhibition to explore the dynamic and multifaceted world of handmade textiles from India. It will include a spectacular 18th-century tent, a stunning range of historic costume and highly prized textiles made for international trade. Several large-scale pieces from the museum’s collection will be on public display for the first time. This talk by the exhibition’s curator will provide an in-depth preview of selected objects from ‘The Fabric of India’. www.vam.ac.uk