Tina Tabone reports: Ending on 17 January 2014, the Motamedi family’s latest exhibition, ‘The Golden Knot’, is taking place within one of the giant neo-gothic warehouses that line the canals of Hamburg’s Port City, a remarkable building which has housed the Motamedi gallery since 1986. Visiting Brooktorkai 15 one can expect to be surprised at every turn. 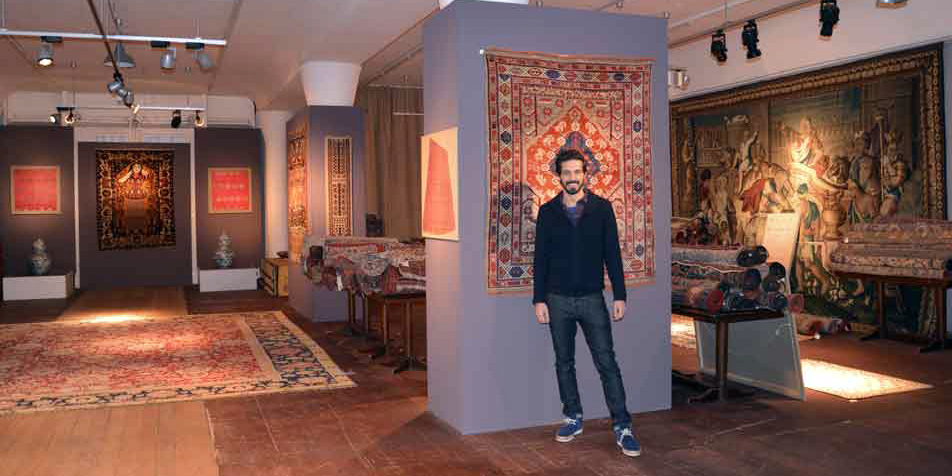 Before entering the gallery floor, hanging on the office wall one is immediately attracted to the first of the remarkable ‘knots’ – an exceptional and rare late 19th-century Malayer rug on a red ground, designed with enlarged boteh motifs inside a protective shield. According to Amin Motamedi, this is an abstraction of mother and child; the symbolism and weaving artistry set it quite apart from others of this type. 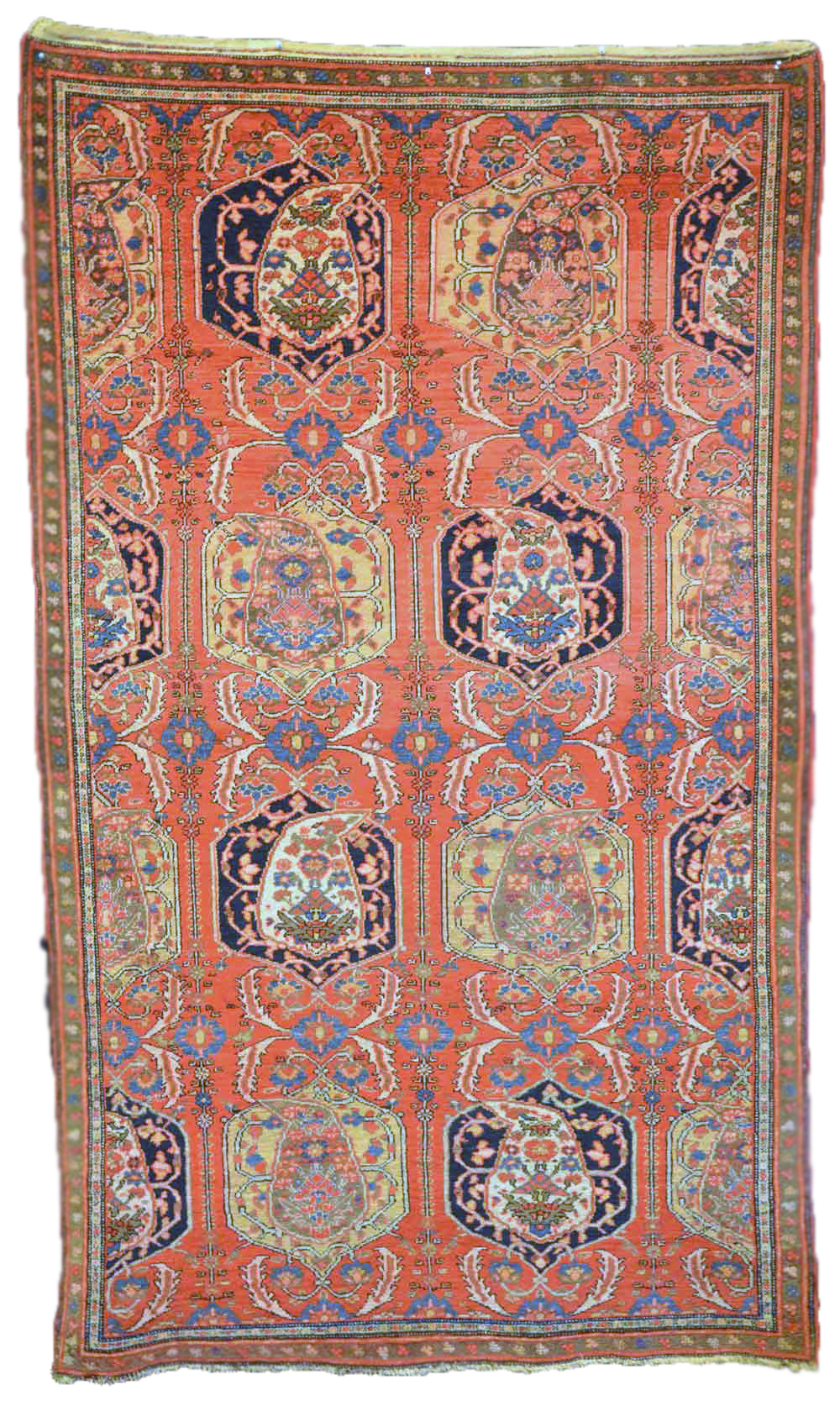 A Bakhtiari tribal pictorial rug really puts a smile on your face, with a fantastic illustration of a radiant woman gaily clad in a boteh-patterned blouse and a decorated skirt reminiscent of a Kashmir shawl,standing against an ochre background. This is quite an eclectic combination of tribal and trendy attire of the time, as Amin remarked while we admired her, looking expectantly at her visitors while surrounded by countless animals in the borders. 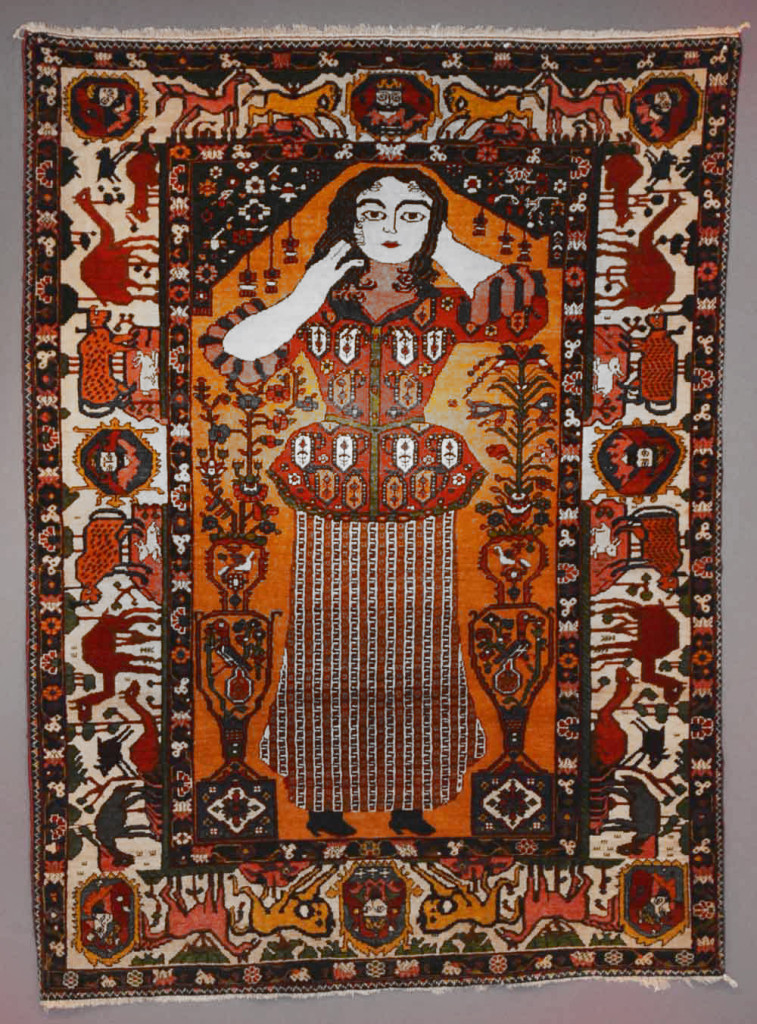 Continuing the Bakhtiari theme, the next piece was a spectacular Tree of Life carpet. The tree bears all kinds of fruit, grapes, peaches, pomegranates and so forth, growing and reproducing as life does. The wonderful blue abrash adds an artistic sensation of water and field landscapes. 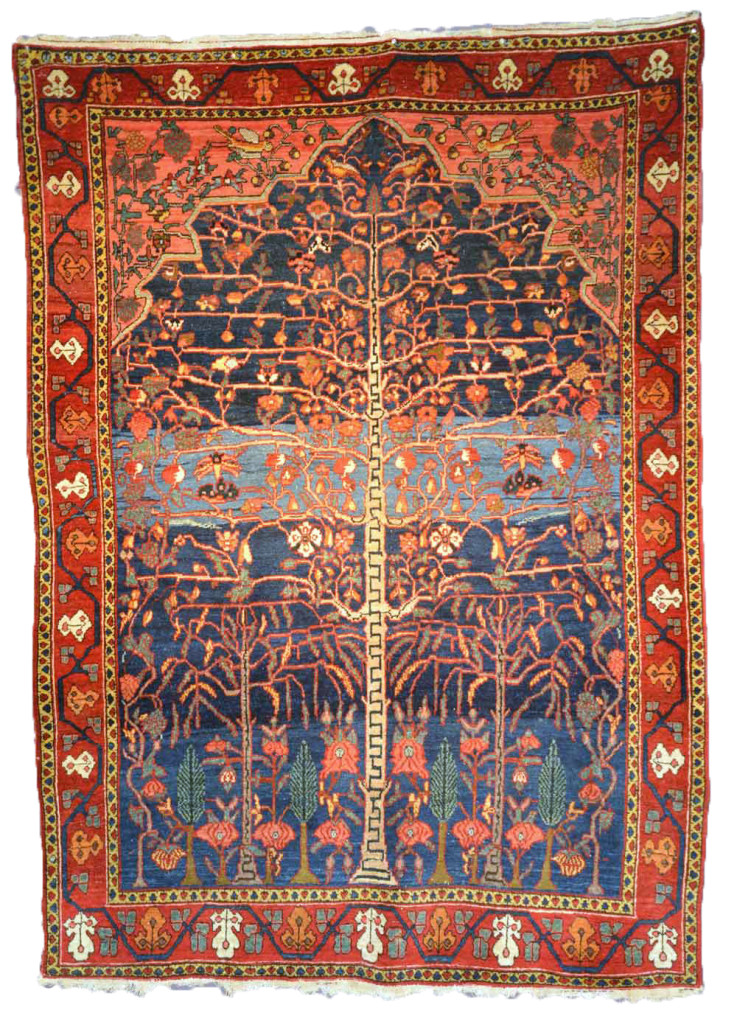 The grandest piece on display is a large 17th-century Brussels narrative Tapestry, with a lively celebratory scene of Alexander the Great’s victorious entry into Babylon. The flamboyant and dynamic scene is full of movement and the vivid colours are remarkable, considering the age. 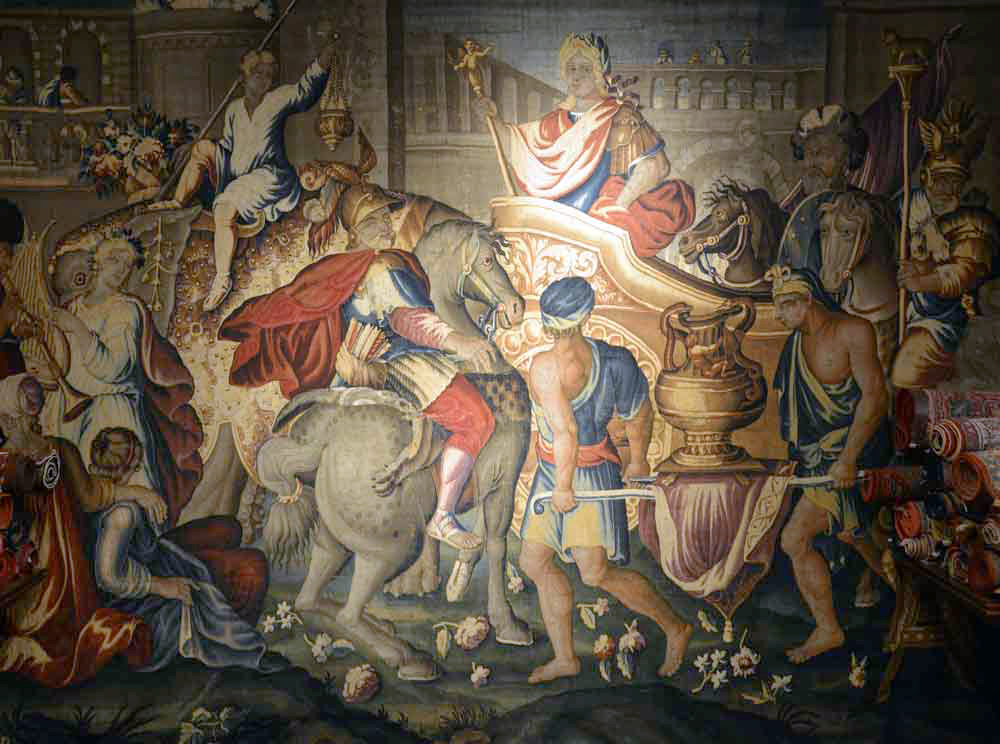 Other feasts for the eyes include a pair of ‘Tudeshi’ Nain workshop carpets woven circa 1910 in central Iran. Their outstanding features are the fineness of the knotting and wool, and the deep midnight blue background covered with flowers and vinery. An incredible variation of colour is packed into this piece, which is attributed to a special workshop  in the city run by one Salehi , who, according to Amin, made such fine pieces on commission for special customers. 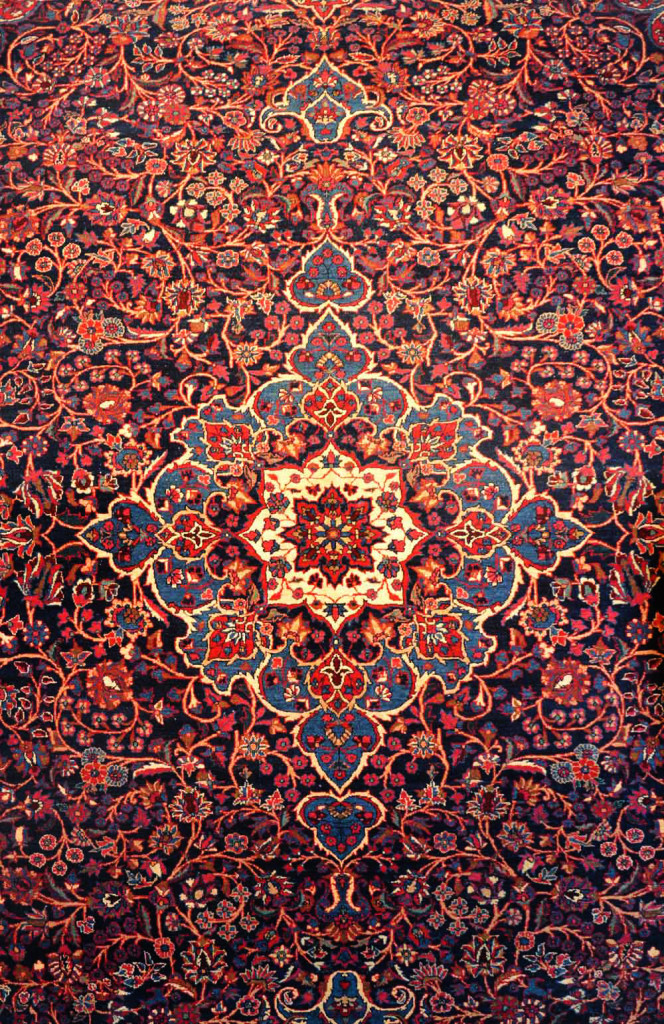 The eyes are also drawn to a superb double-niche Greek embroidery, a 17th-century Turkish lampas fragment with a çintamani motif, a very large Bijar vagireh (sampler)  from about 1880, and a mid-19th-century or earlier southwest Anatolian Dazkırı rug, with a well-balanced and open design, and in excellent condition. 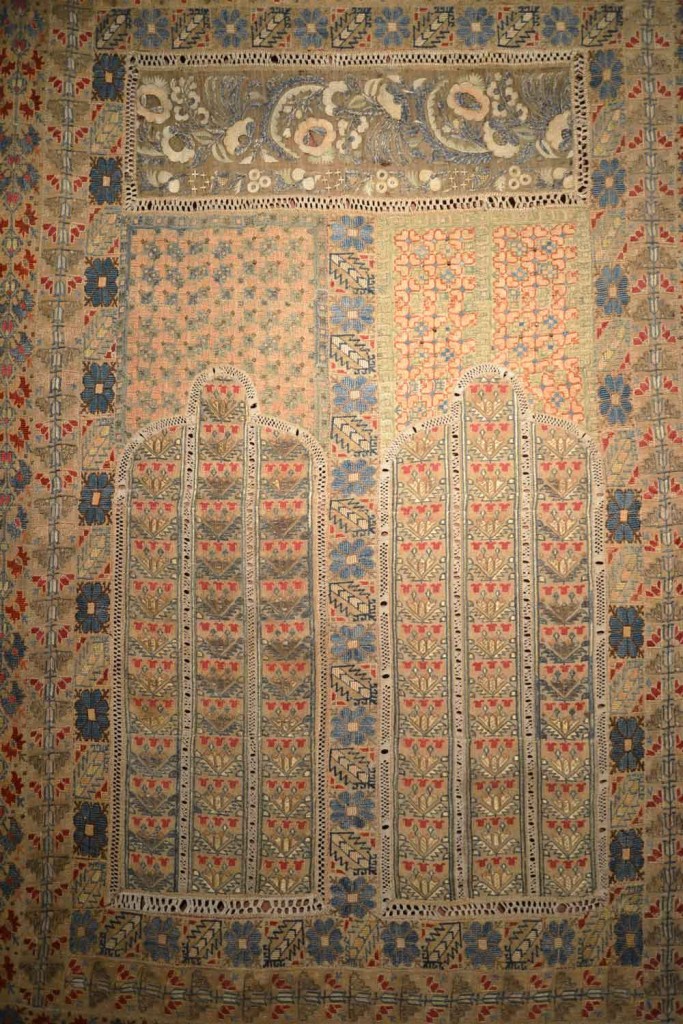 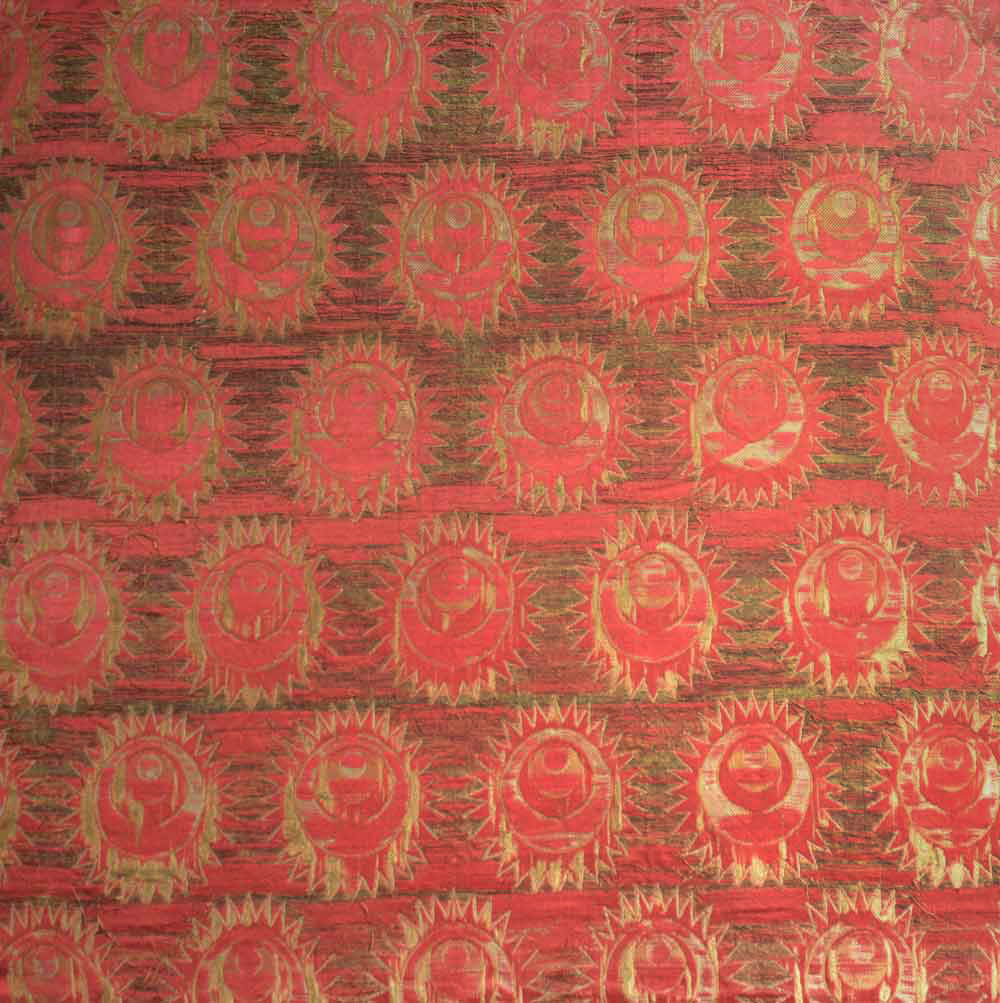 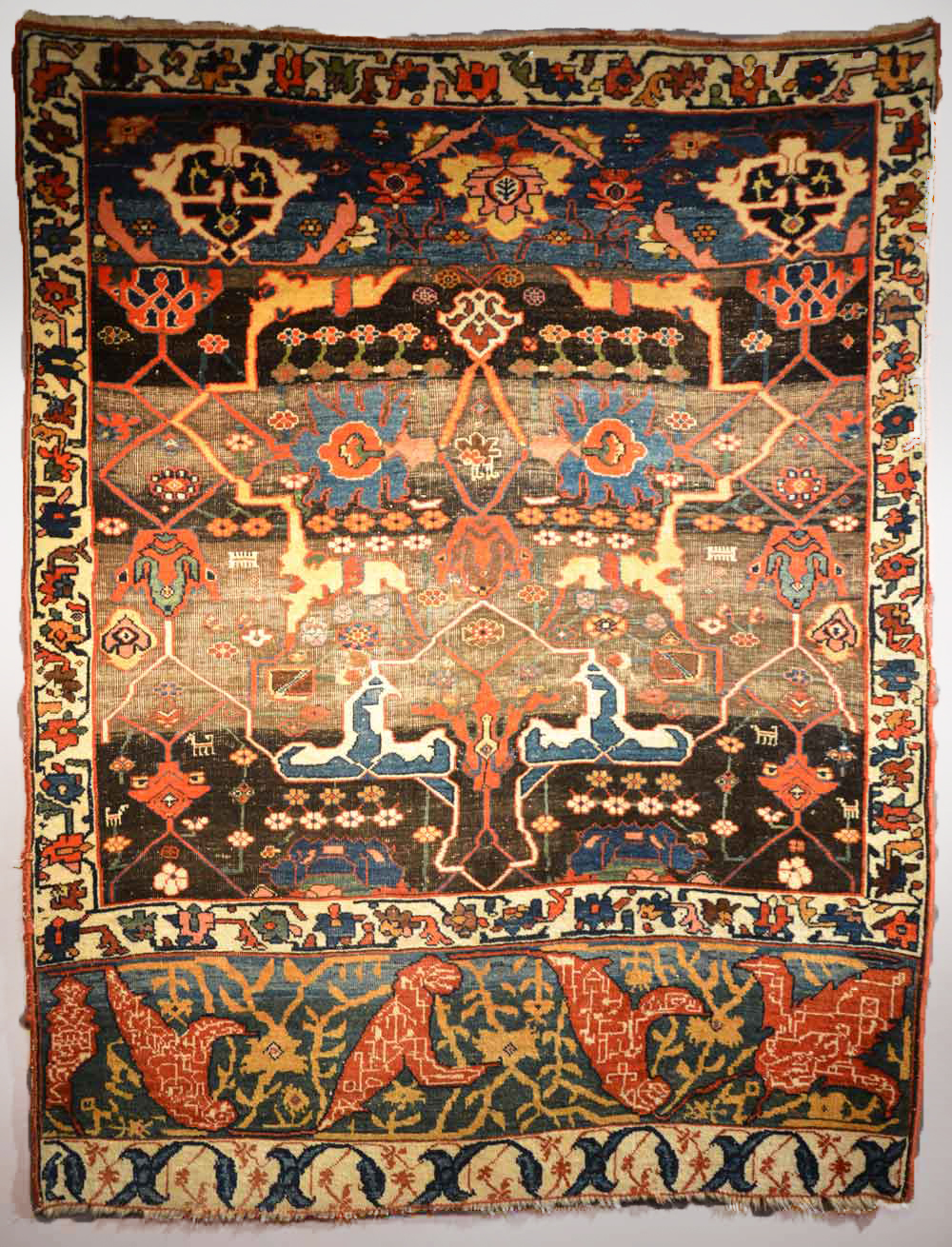 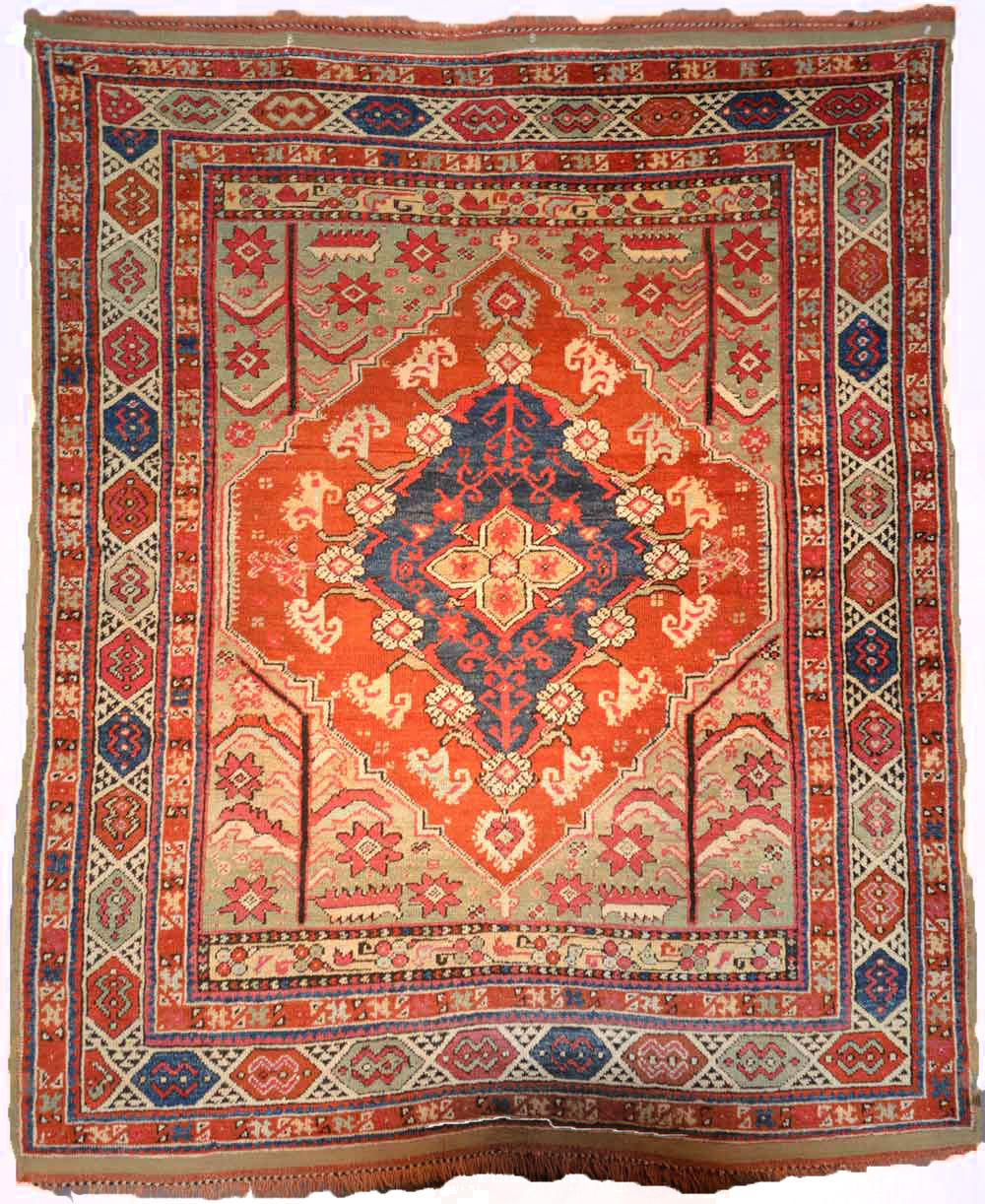 Further exquisite pieces include a striking group of Skåne weavings from southern Sweden with vibrant patterns. One in particular is intriguing: an early museum-quality piece of muted colours, an assortment of crazy design surrounding a central griffin. It is signed 1790, but this date was added later to this early 18th-century piece, possibly to commemorate a marriage or other rite of passage. 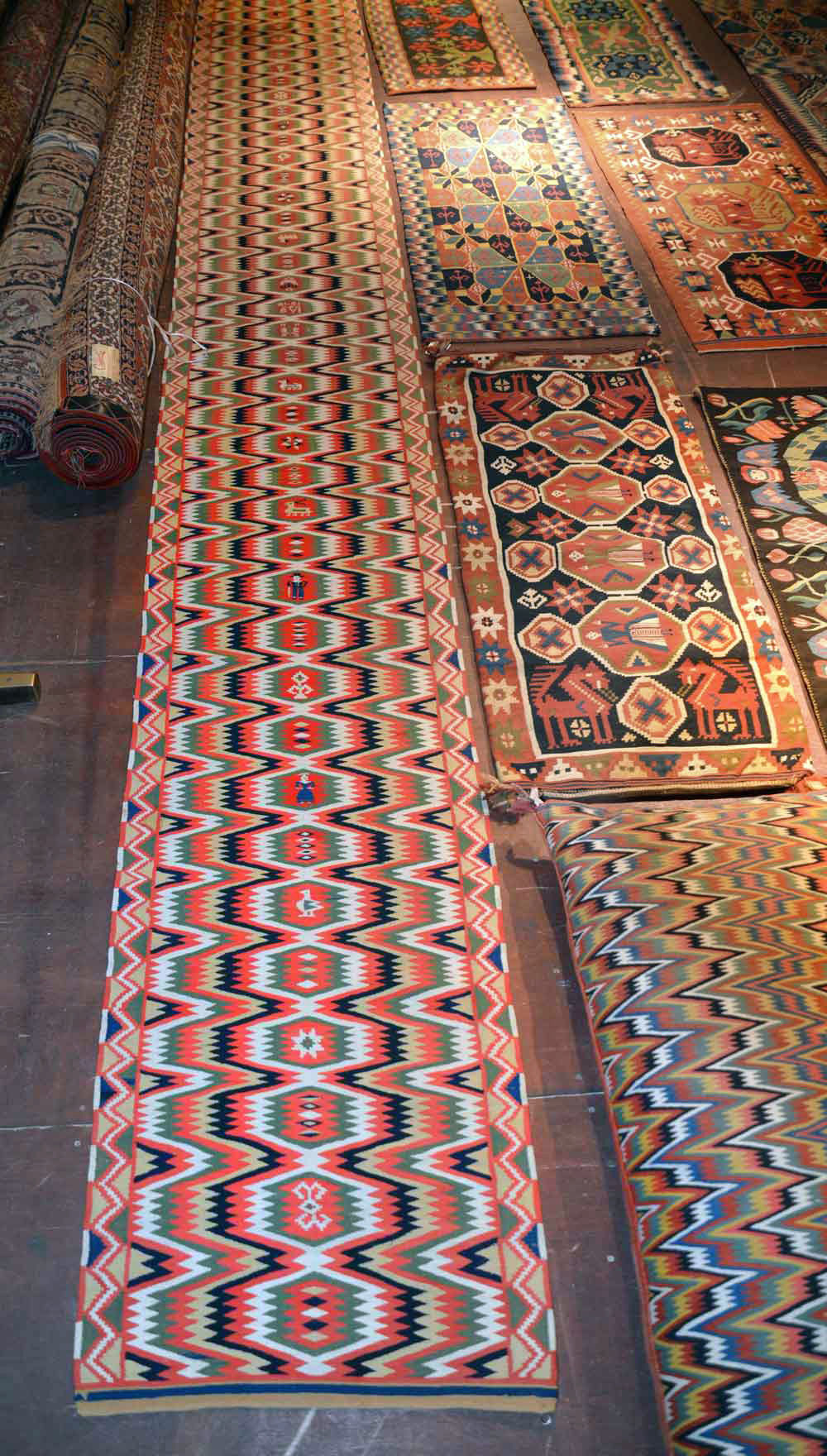 Overall, this exhibition is quite understated and one should make time to dig among the rolls to see what other museum-quality beauties lie beneath. For any international readers still in Germany after the Domotex event or for anyone just visiting Hamburg, it is well worth a detour to see this astonishing building, which houses the largest concentration of traditional oriental carpet traders in Europe. 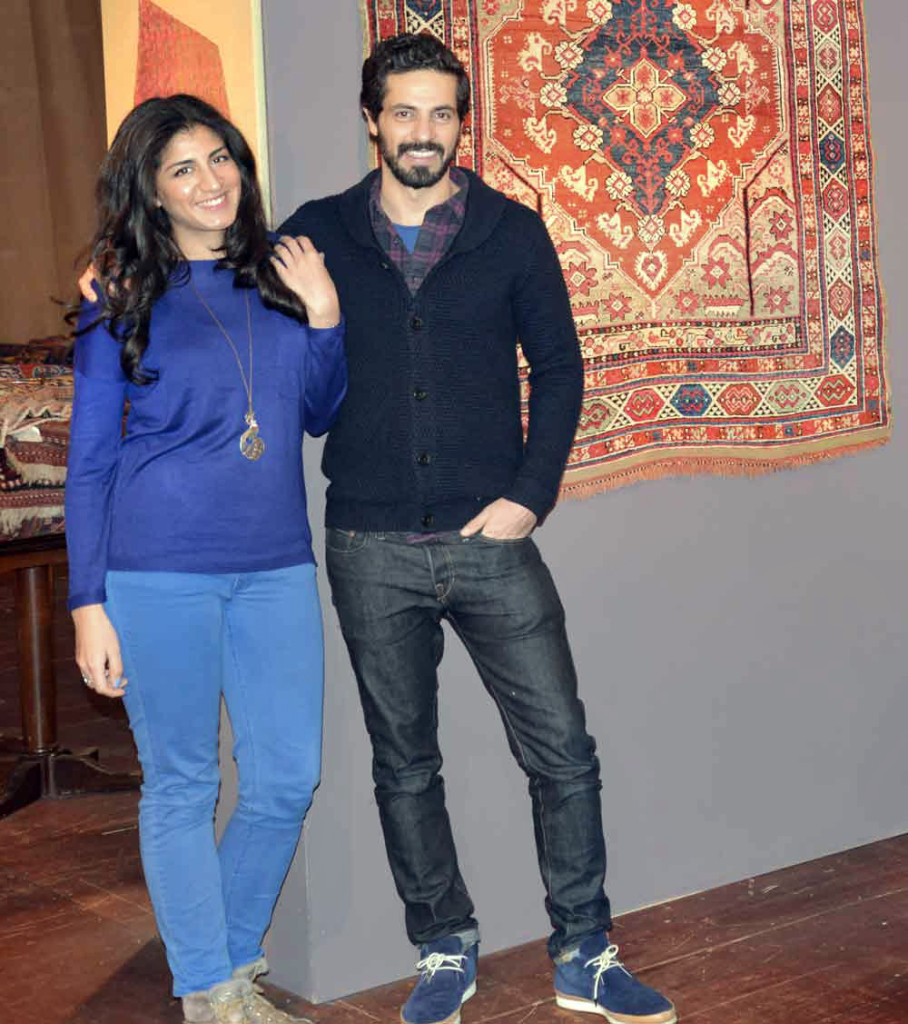