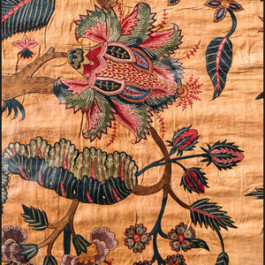 The Toilet of the Princess,’tapestry, circa 1690-1715, attributed to a London weaver. 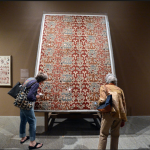 A cover, dyed and then overpainted in southern India in the first quarter of the 18th century 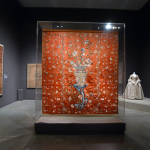 A double-sided hanging with silk embroidery on silk-satin, made in China for the European market. The other side is a deep yellow. 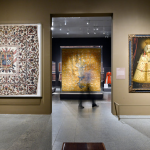 From left, an armorial hanging from Mexico, the reverse side of the Chinese double-sided hanging in the previous image, and a 1680 oil painting of the Virgin Mary from Peru. 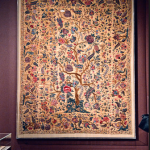 An 18th-century Indian palampore, or wall hanging depicting a tree of life surrounded by scrolling vine and flower patterns. The palampore is a repeated motif in several galleries of the show with versions in embroidered or dyed cotton inspiring textile producers around the globe. 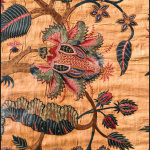 (detail) A mid-18th-century palampore created for the European market. 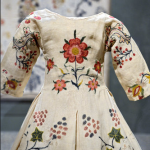 Detail of an embroidered dress for an English boy, circa 1755-65. 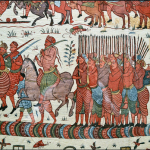 A hanging depicting a conflict between colonialists and indigenous locals in southern India, created on the Coromandel Coast for the English market in the mid-18th-century. 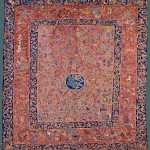 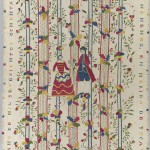 HALI gives readers a first look at this thrilling exhibition at the Metropolitan Museum of Art in our Summer 2013 issue (HALI 176), with exclusive images and an extensive twelve page preview, written by exhibition organiser Amelia Peck and her team of interdepartmental exhibition curators.

Even before its public opening on 16 September 2013, the MMA’s autumn exhibition has attracted high praise. ‘Interwoven Globe: The Worldwide Textile Trade, 1500-1800’, which runs until 5 January 2014, is a staggering story of hidden treasures covering more than three centuries of art from all corners of the world.

The show occupies nine galleries, and brings together more than 160 fabrics and textiles, as well as paintings and books. Moving geographically from Europe to the Americas, Asia and India, the exhibition traces the world’s early sea trade routes. The New York Times describes the result as ‘a feast of transcendent artefacts variously embroidered, woven, dyed and printed, and one of the great art experiences of the season. Hybridity, a favoured buzzword in the art world these days, is shown to be as old as the sea.’

Most of the objects are drawn from the Met’s collection, but have been exhibited rarely, with a third of the show from key loans. These intriguing assortments of all things textile circa 16th-19th century includes dresses, quilts, tapestries, warrior ‘s wear, capes, curtains, carpets, kimonos, magnificent ball-gowns, shawls, sashes, priestly robes, an altar hanging, petticoat fragments, panels, ceremonial hangings pieces and a salt cellar, with some oils on canvas.

There are many marvels to follow and the sheer physical nature of the textiles gives an intense visual perception of the cross-cultural exchange of art, craft and commerce. Do not miss this exhibition!

See the full review in HALI 176 or, for existing subscribers, see the Preview online. 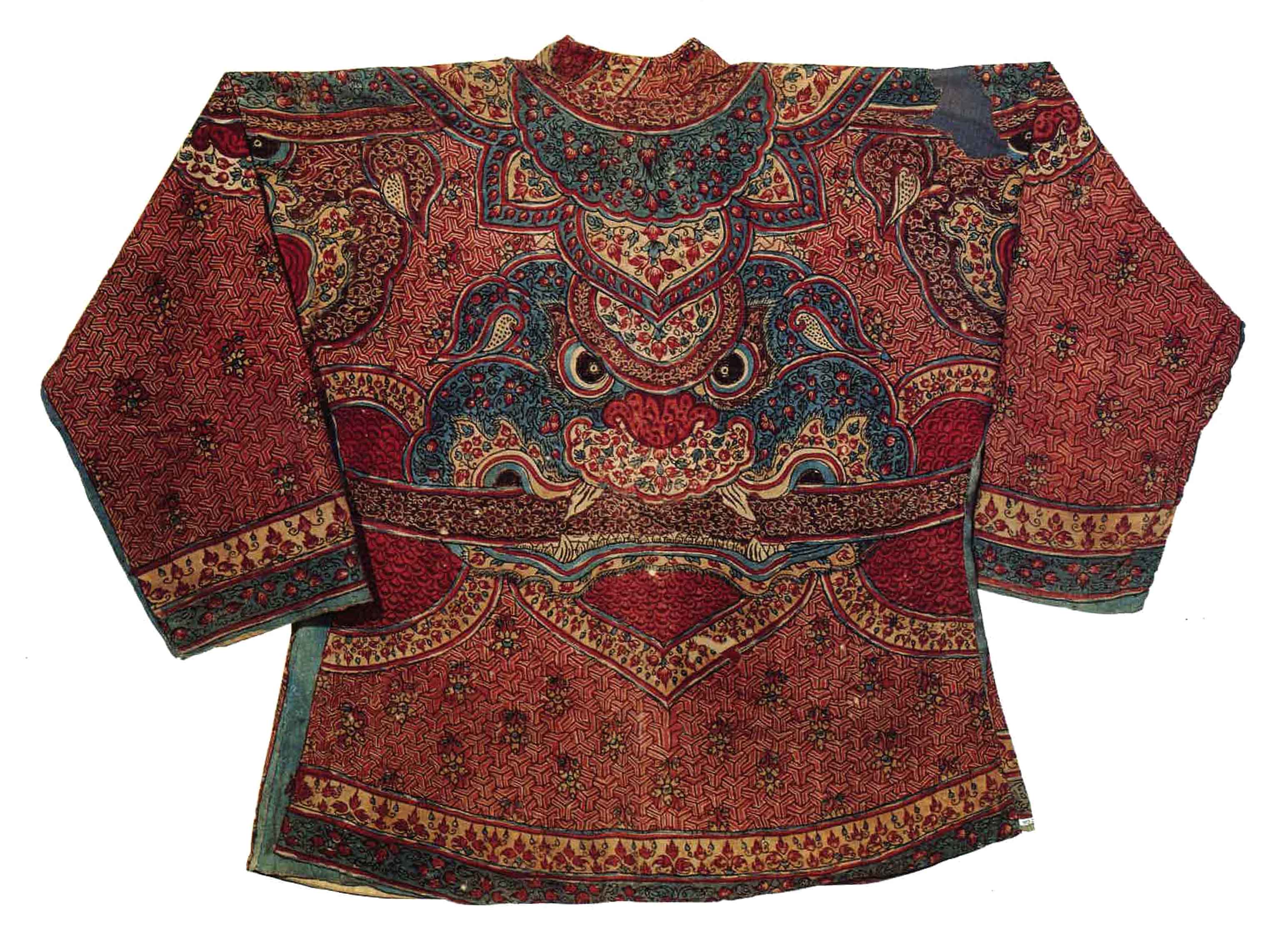 Enter now for your chance to win the HALI competition!

For your chance to win, sign-up to receive the HALI e-mail newsletter and we’ll enter you into the exclusive HALI competition.