Sheep were a recurrent theme in Lalanne’s work after the mid-1960s, including a series of hand-knotted rugs, ‘Flock of Sheep’, woven in 1978 by the Lodève Workshop, part of the French National Savonnerie Manufacture, after a 1976 design. A suite of eight examples was made exclusively for the use of the French state and will never appear on the market. However, an artist’s sample was sold at Sotheby’s in Paris in May 2010 for $296,310, which at that time was not only the highest price at auction for a Lalanne rug or textile, but was also a record for a 20th century Savonnerie carpet by a modern artist (see HALI 164, p.137). 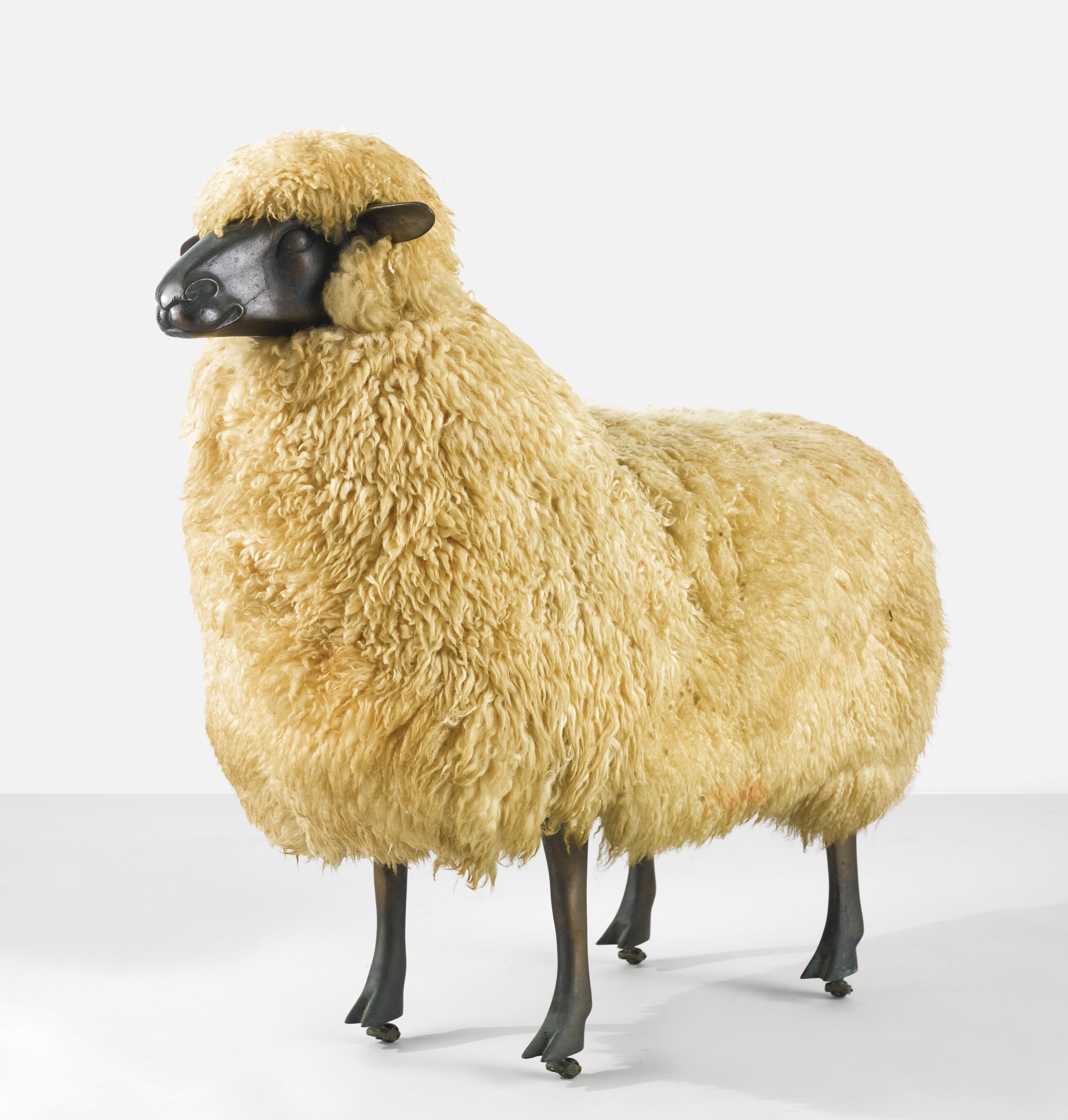