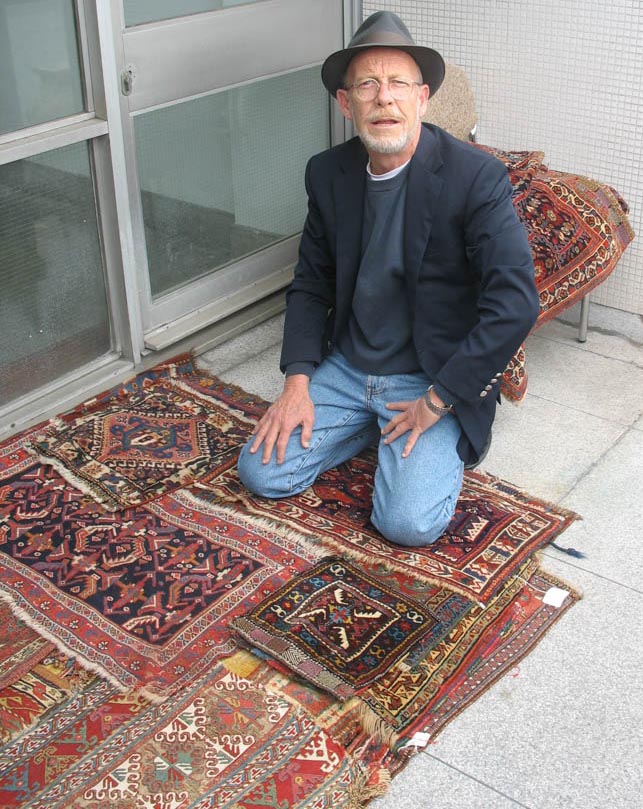 It is with great sadness that we have to report the death, after a battle with leukaemia, of the well-known tribal rug dealer Michael Craycraft. For all his idiosyncrasies and his penchant for armchair punditry, Michael was a hugely influential figure in the San Francisco Bay area rug scene during its most exciting and dynamic period in the 1970s, 1980s and early 1990s. He established an international reputation as a genuine, if often highly opinionated and intuitive, expert on and connoisseur of Baluch and Turkmen weaving in particular, enjoying almost guru-like status. The Adraskand Inc. rug store he founded with his former partner Anne Halley, first at Point Reyes Station and later in San Anselmo, was a major meeting place for the lively local rug and textile community, and was the agency for the recruitment of a whole generation of collectors and aficionados. In later years Michael moved from California to Germany, and became an equally familiar presence on the international rug fair circuit in association with Dr Ulrike Montigel of Galerie Arabesque in Stuttgart. One of the good guys, Michael will be sorely missed by literally hundreds of friends, acquaintances, colleagues and competitors. Readers who wish to pay their own personal tribute to Michael and his achievement should add a comment to this posting below.