On May Day 2013, in Christie’s London sale of 20th Century Decorative Art and Design, two English Arts & Crafts Movement embroideries closely associated with William Morris and his daughter May Morris were sold for significant prices. Our thanks to former V&A textile curator Linda Parry, the world’s top expert on Morris & Co. textiles, and to Christie’s, for their permission to use an abridged version of her catalogue notes in this brief report.

The first of the two Morris lots was a pair of embroidered hangings or bed curtains designed by May Morris (1862-1938) in 1891-2 and stitched between 1898 and 1902. Worked in crewel wools on natural linen in stem stitch with satin, chain, running and knitting stitches and French knots, the ground is of narrow widths of hand-spun and woven linen with the edges butted and seamed prior to embroidery. 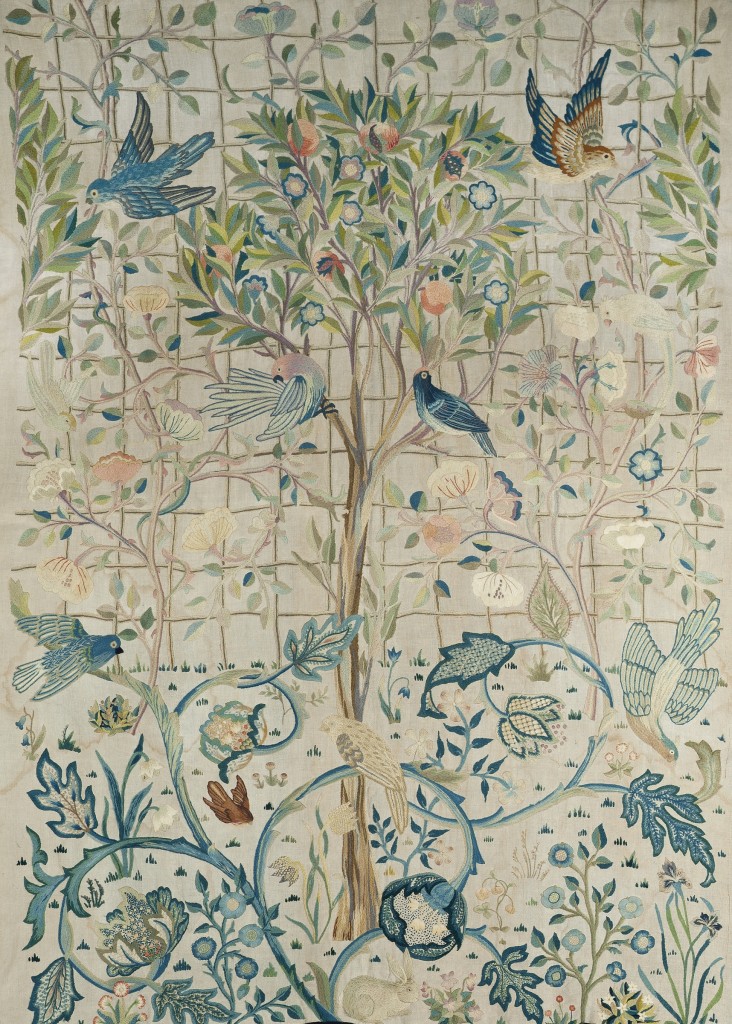 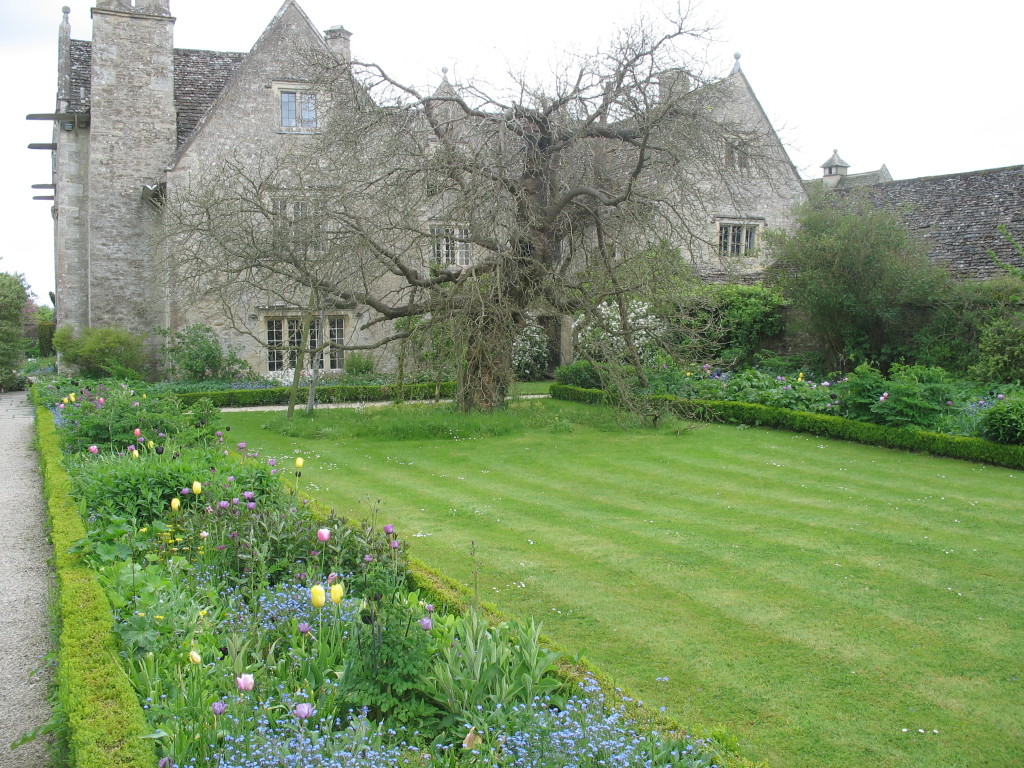 The original bed hangings, which include curtains and valances and are inscribed with a poem especially composed by William Morris, were embroidered over four years under May’s supervision by Morris & Co. embroiderers. These included Lily Yeats, sister of the Irish poet W.B. Yeats, and Ellen Wright, who was to run one of the first embroidery classes at the newly opened Central School of Arts and Crafts. The Kelmscott Manor hangings were completed shortly before William Morris’s death in October 1896. 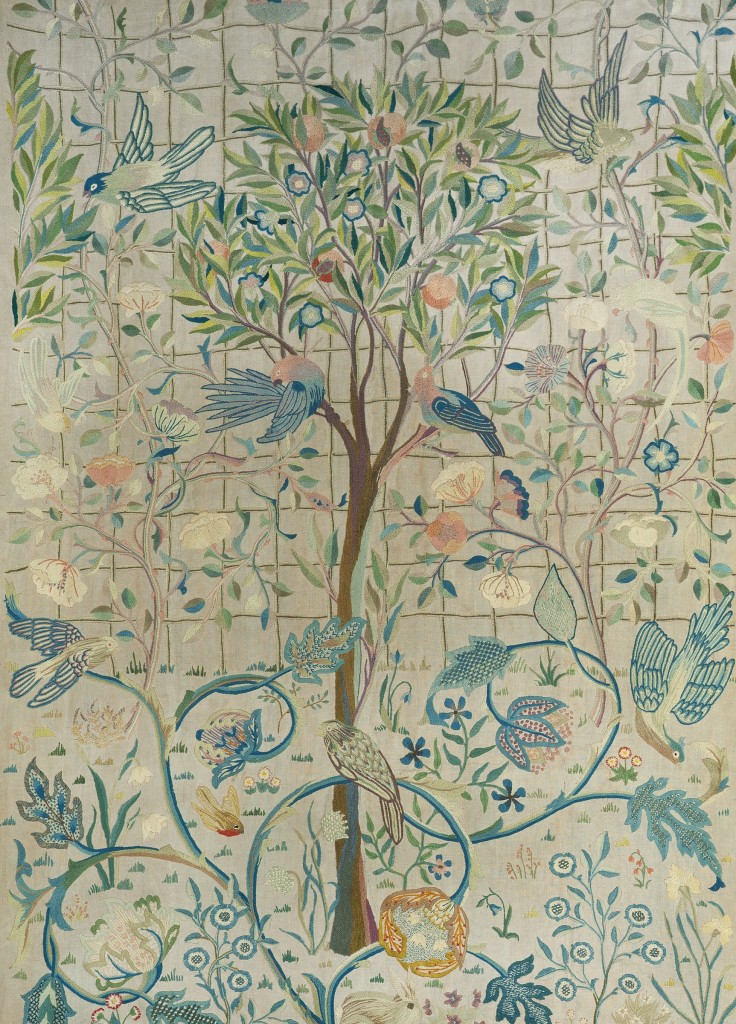 No other versions of these designs are known apart from these two hangings, which have recently come to light. There are slight differences between the two sets. The ground of the Kelmscott versions is of machine-woven linen, suggesting that the use of hand-spun linen was specified in the later commission. Furthermore the colours of the latter are softer, veering towards pastel shades, suggesting not only a later date but also additional evidence of input from the client. Finally, some details in the design of flower heads have been changed indicating some freedom in interpretation. It is very likely that the curtains were a collaboration between May Morris the designer and the client, her friend Theodosia Middlemore (1861-1943), a keen and experienced embroiderer in her own right. 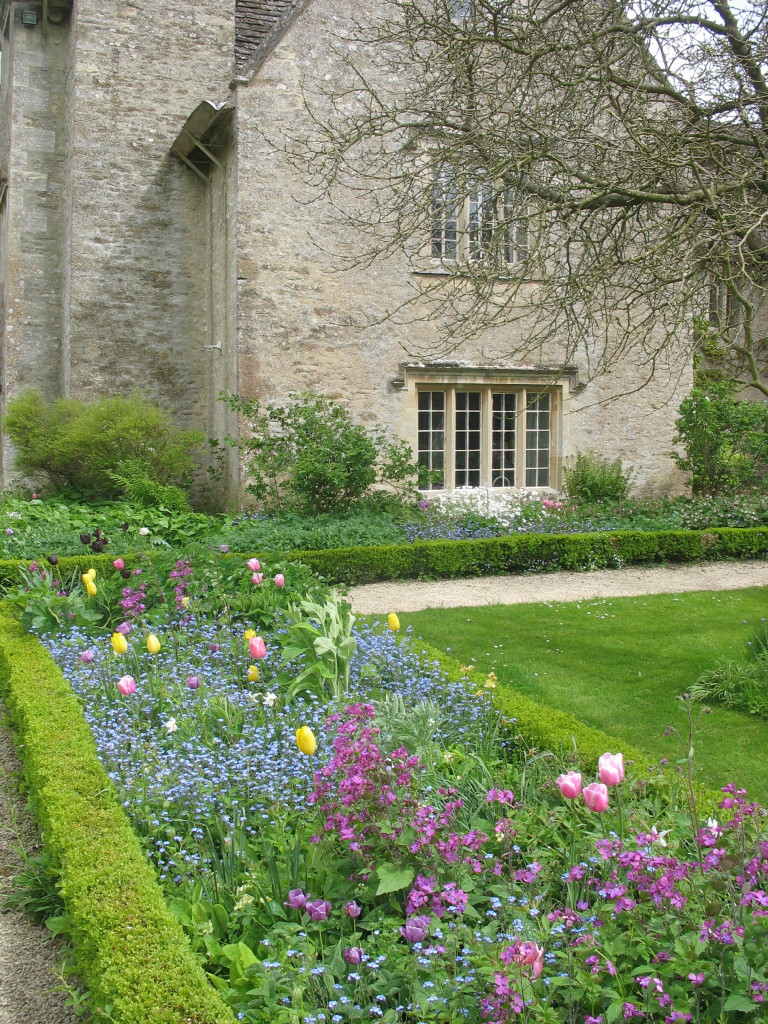 The spring garden at Kelmscott Manor

The Middlemore family were enthusiastic clients of Morris & Co., and in 1893 they commissioned a number of significant furnishings for their Birmingham a silk embroidered hanging designed by May Morris which is signed by Theodosia, suggesting she also embroidered the panel (now in the V&A). In 1898 they employed the noted Arts and Crafts architect William R. Lethaby (1857-1931) to build them a house at Melsetter on the isle of Hoy in the Orkneys, and a number of commissions for furnishings from Morris & Co. followed. As well as four later tapestry panels ordered in 1900 (now in Birmingham Museum and Art Gallery), it is probable that these curtains also date from this time although it is difficult to establish whether they were official commissions from the Company or were ordered directly from May Morris who by this time was working as a free-lance designer and embroiderer having given up the management of the embroidery section of Morris & Co. on the death of her father in 1896. It is known that May visited Melsetter House in 1902. It is also believed that it was while on holiday there that she first studied wool spinning, an important aspect of the Orkney Islands’ folk tradition. She greatly admired the house and in her book William Morris, Artist, Writer, Socialist (Oxford, 1936) she described Melsetter as an important late example of ‘a building standing like a fairy-castle in the loneliness of the far North, and filled with all the glow and richness of Morris invention, every room thought out with absolute fitness and beauty by the genius of the Lady-of-the-house’. 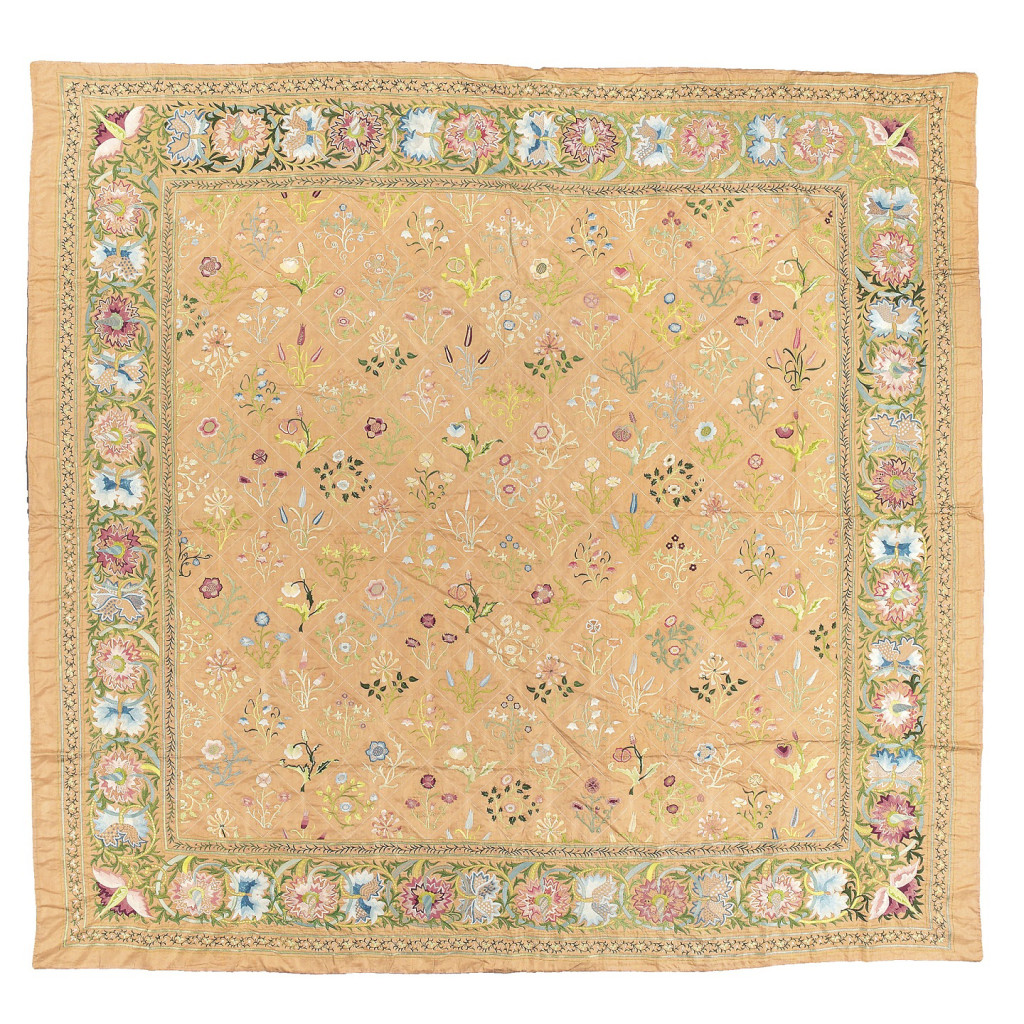 The second Morris lot, also from a Scottish collection, the country house, Blair, in Ayrshire, was a Morris & Co. bedspread, worked in polychrome silks on a silk ground. It fetched £15,000 ($23,310) against an estimate of £12-£18,000. The popular poppy border was designed by William Morris and first displayed at the Philadelphia Exhibition of 1874. It was registered with the Patent Office on 24 December 1875 and was repeatedly employed by the Morris and Co. workshop. The pattern of the central field, with its repeating lozenge of foliate motifs, follows William Morris’s own bedspread, also made by May Morris, which remains on his bed at Kelmscott Manor. 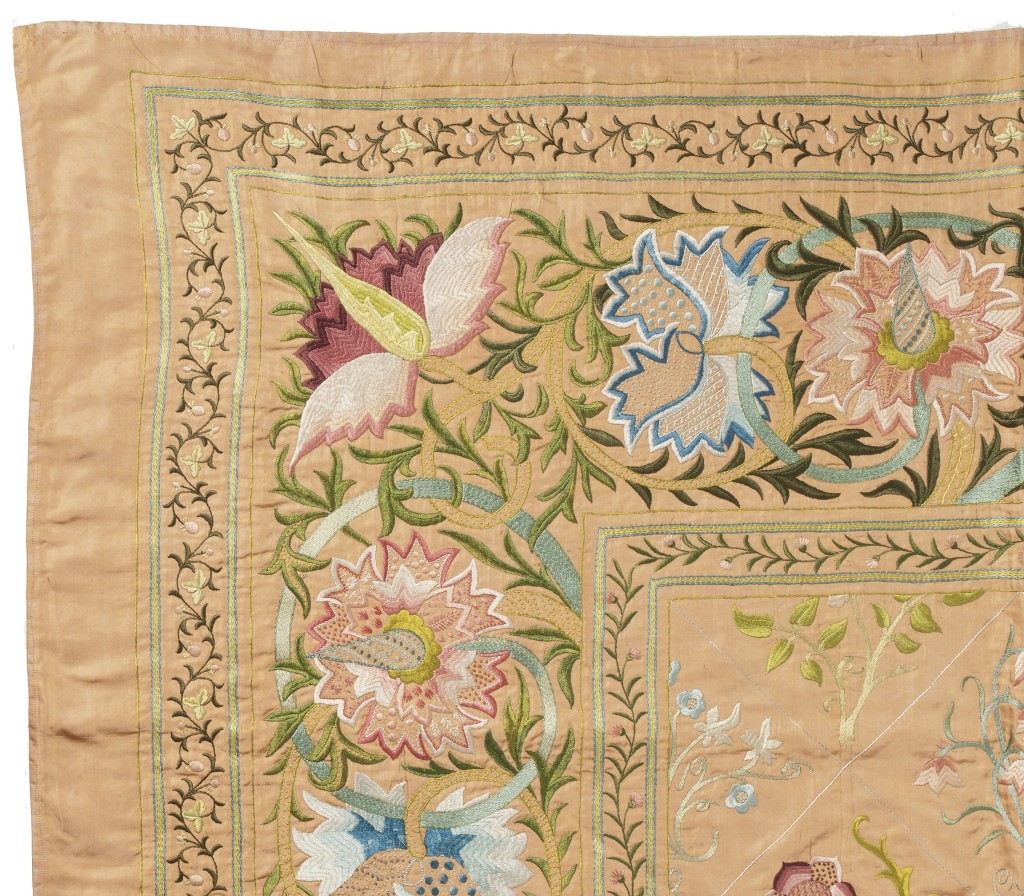