Spanning the spaces of Friedman Benda and Albertz Benda in New York, ‘Under the Night Sky’ will run until 15 December 2018. The show explores the numerous ways in which the frontier of the night sky influences the human psyche and continues to hold artists in its grip. Works by modern, post-war, and contemporary artists and designers—demonstrating an interplay between literal homages to the night sky and looser interpretations of the theme—have been brought together with a selection of rugs. 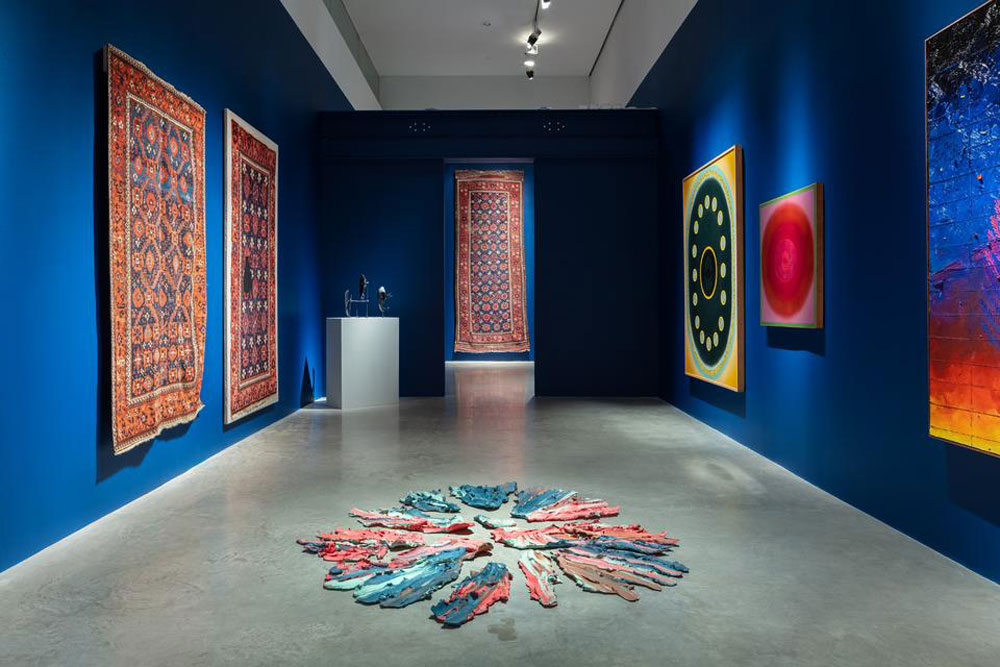 The centrepiece is a rare collection of 19th century Baluch and related tribes’ Mina Khani rugs. Palettes of midnight blues, coral, cherry reds, and emerald greens are often punctuated by white floral and geometric motifs, elements which the curator interprets, on an unconscious level, as evoking ‘the visual effect of luminescent stars amidst the night sky.’ 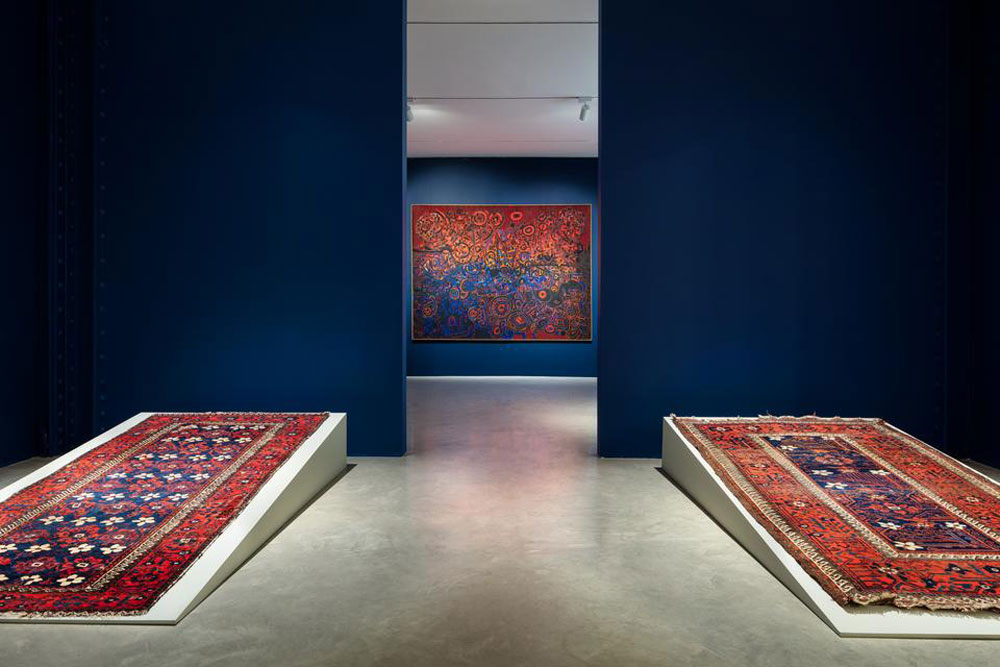 In HALI Vol 3 No 1 from 1980, author Ian Bennet offers an entertaining look at how he started his Baluch rug collection in an article entitled ‘On Collecting Baluch Rugs Mainly for Pleasure’.  An abridged extract follows:

‘The small carpet with ‘tree and cone’ design is by far the most splendid example of a fairly common Baluch design I have yet encountered. In almost mint condition, with short cropped wool of an almost velvet consistency and sheen, and with a subtle range of the most mellow colours, it also has wide, beautifully woven, slit-tapestry and weft-float brocade ends of unusually complex design; it is, in other words, the archetypal Baluch rug and, for me, a perfect introduction to the subject. I bought the piece and have never regretted it.’ 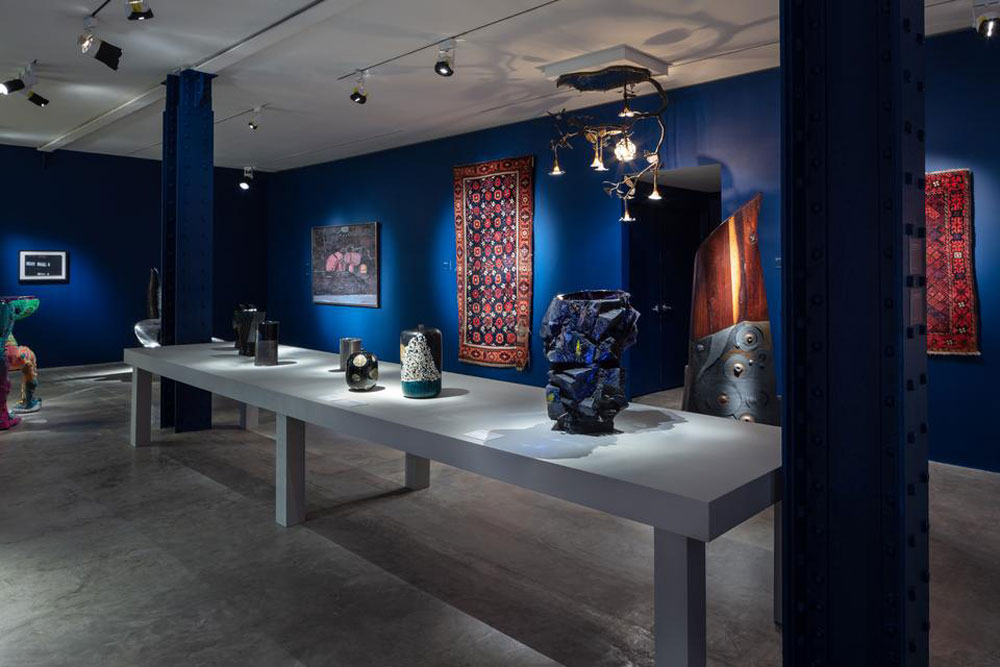