Timed to coincide with the last day of the London Masterpiece Fair, Sotheby’s prestigious evening sale on 3 June 2013 of Treasures, Princely Taste, consisting of 49 well-provenanced works of art from the Renaissance to the 20th century, totalled £9,218,850. Among the successful lots were two well-known Classical period Oriental carpets consigned by the Thyssen-Bornemisza Collection.

The Yerkes-Remarque Mughal Hunting carpet from the first half of the 17th century doubled its pre-sale estimate to make £314,500 (US$481,185) including buyer’s premiums, and the Jeziorak Kerman ‘Vase’ carpet, also 17th century, which sold within estimate range for £302,500 (US$462,825). The Jeziorak carpet was last seen at Sotheby’s inaugural sale in Doha in March 2009, when it failed to sell against a rather higher estimate of US$600,000-800,000. Despite some ugly repairs, in the light of recent world record breaking prices for other members of the Kerman ‘Vase’ carpet group, it now looks like a bargain. The third lot of textile interest in the ‘Treasures’ sale, a Brussels Biblical tapestry of ca. 1630-35, was unsold. 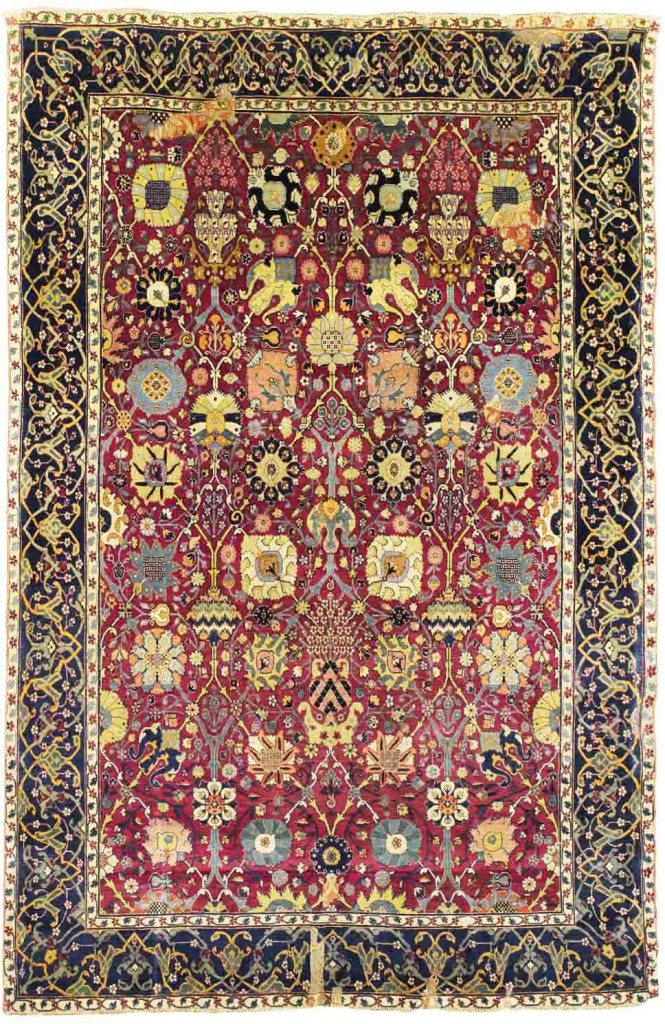