The first UK Sonia Delaunay (1885 – 1979) retrospective is now open at the Tate Modern, London 15 April to 9 August 2015. The abstract artist and joint founder of the ‘Simultaneism’ movement was a key figure of the 20th century Parisian avant-garde. This major show represents her considerable body of radical designs for fashion and textiles for interiors, alongside paintings that chart her practice from early figurative works to energetic 1960s abstracts. 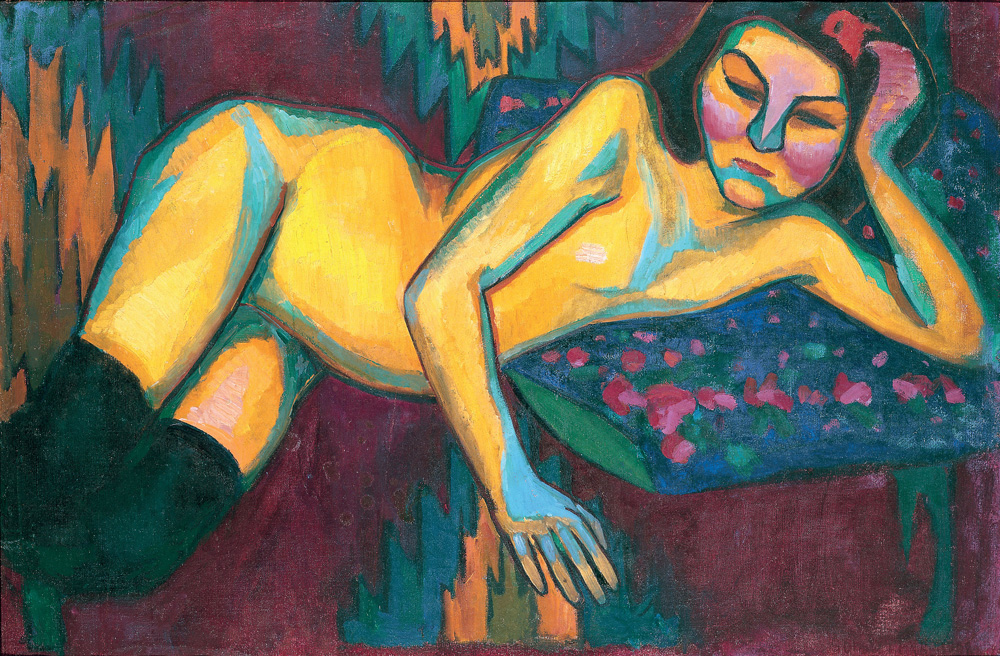 Stitching and textiles played an important role throughout Delaunay’s creative career. The patchwork cradle cover that she made for her son in 1911 is considered her first abstract work. Her designs for lampshades, cushions and other items adorned the Parisian apartment that she shared with her artist husband, Robert Delaunay which helped to establish it as a popular meeting point for their contemporary artists and poets. 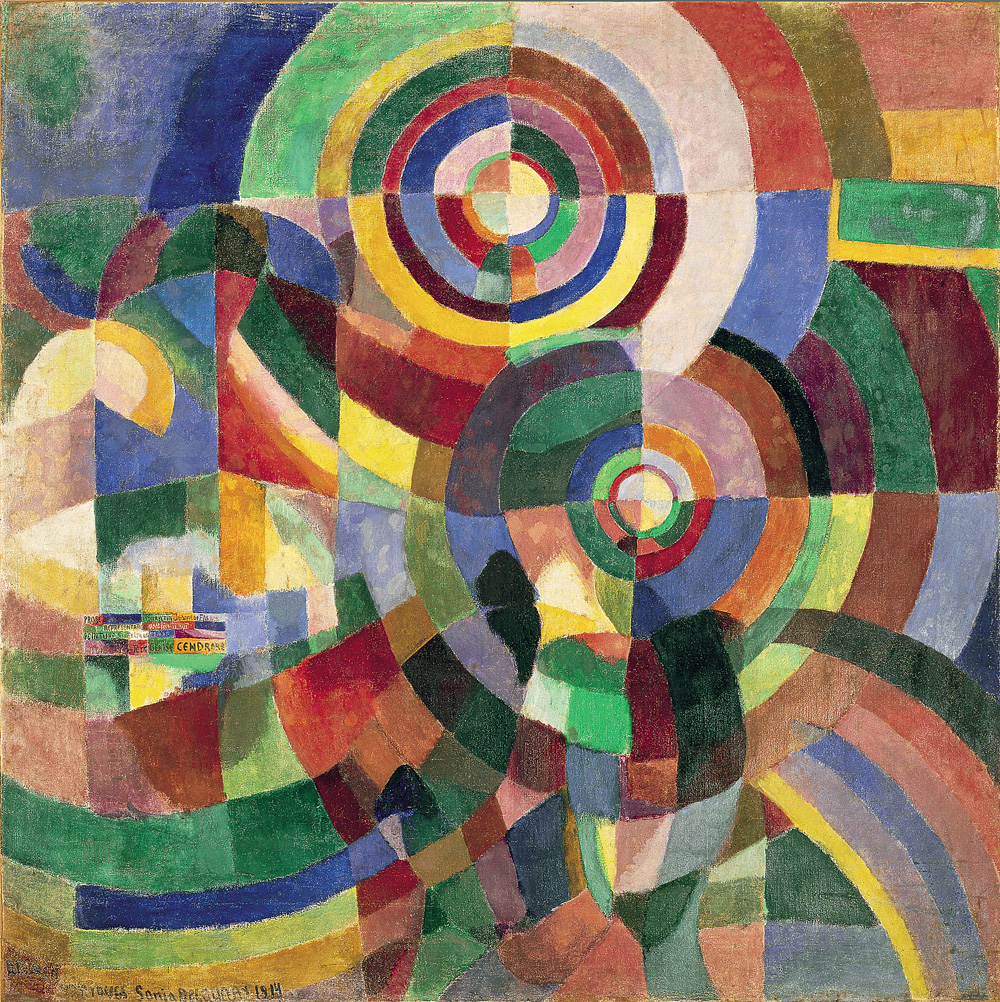 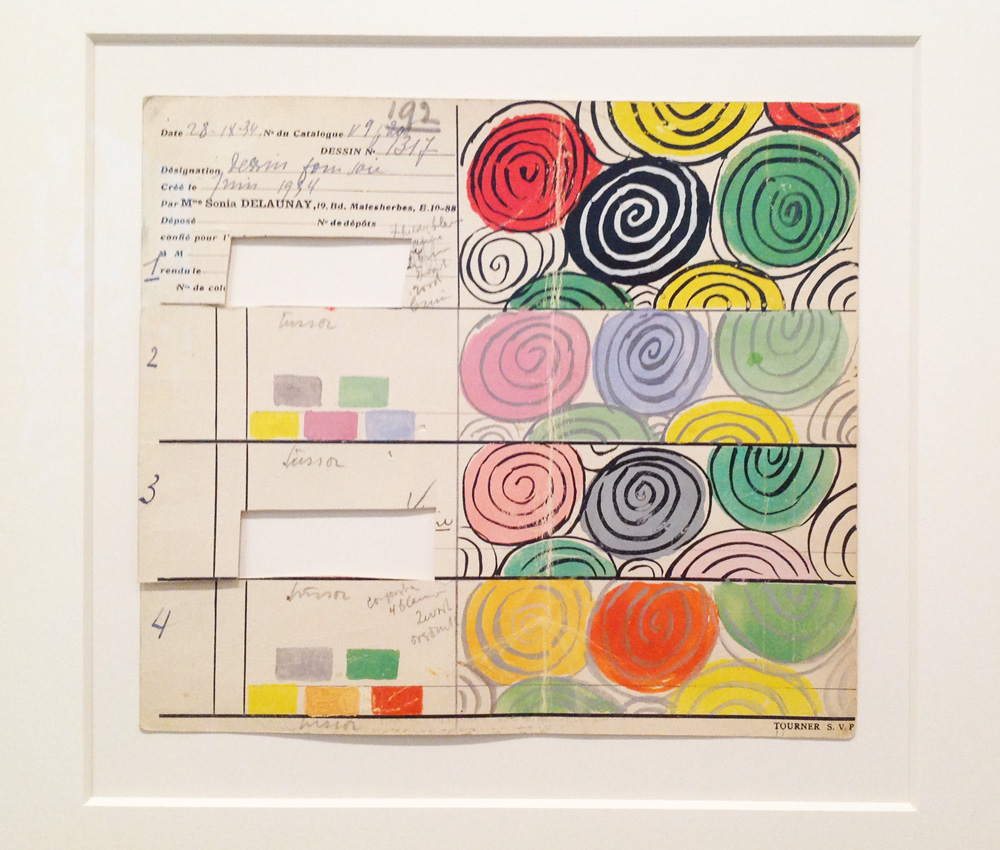 Unique handcrafted creations such as the expressive Foliage Embroidery use thread in a painterly manner. Original designs for her more widely available furnishing fabrics that scroll on rollers in a shop window setting demonstrate her commercially minded creativity and expansive oeuvre. A 1925 fashion video projection playfully brings her scarves and outfits to life. 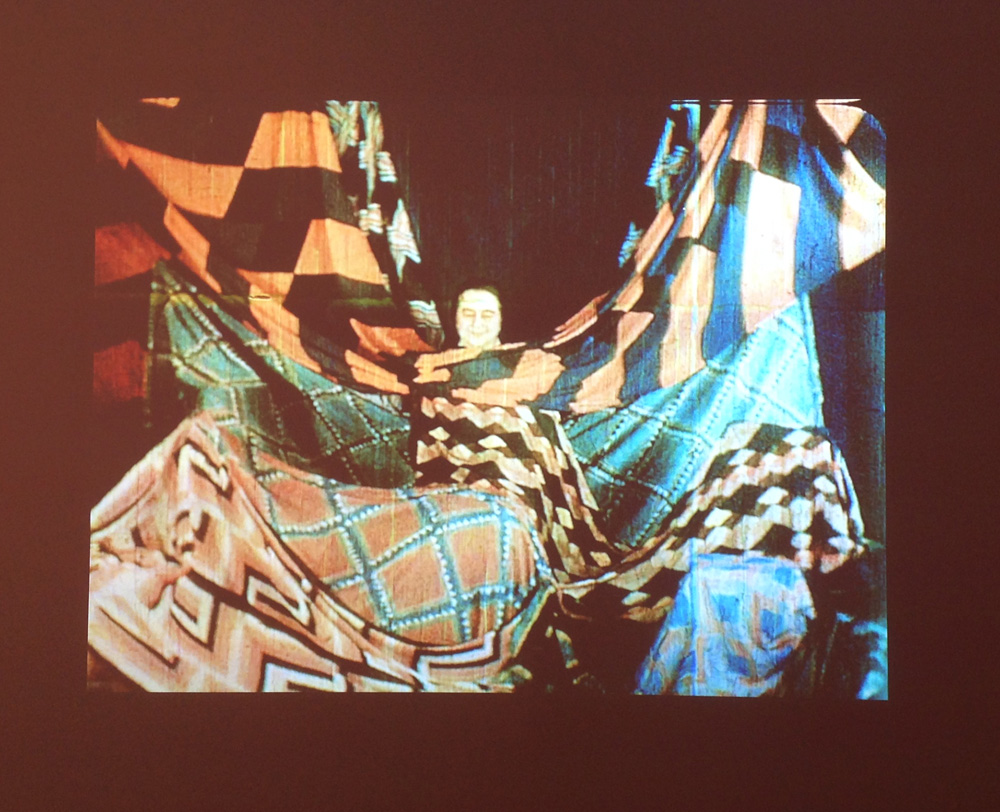 Discs, a 1968 handknotted carpet woven in a Spanish technique closely echoes the dynamic swirls of the 1939 painting Rhythm Colour no. 1076 with a minimalist twist. The relentless experimentation with shape and colour that defines Delaunay’s work led to an innate knowledge of graphic effects that translate spectacularly to cloth- something that, refreshingly, is given much credit in the Tate Modern exhibition. 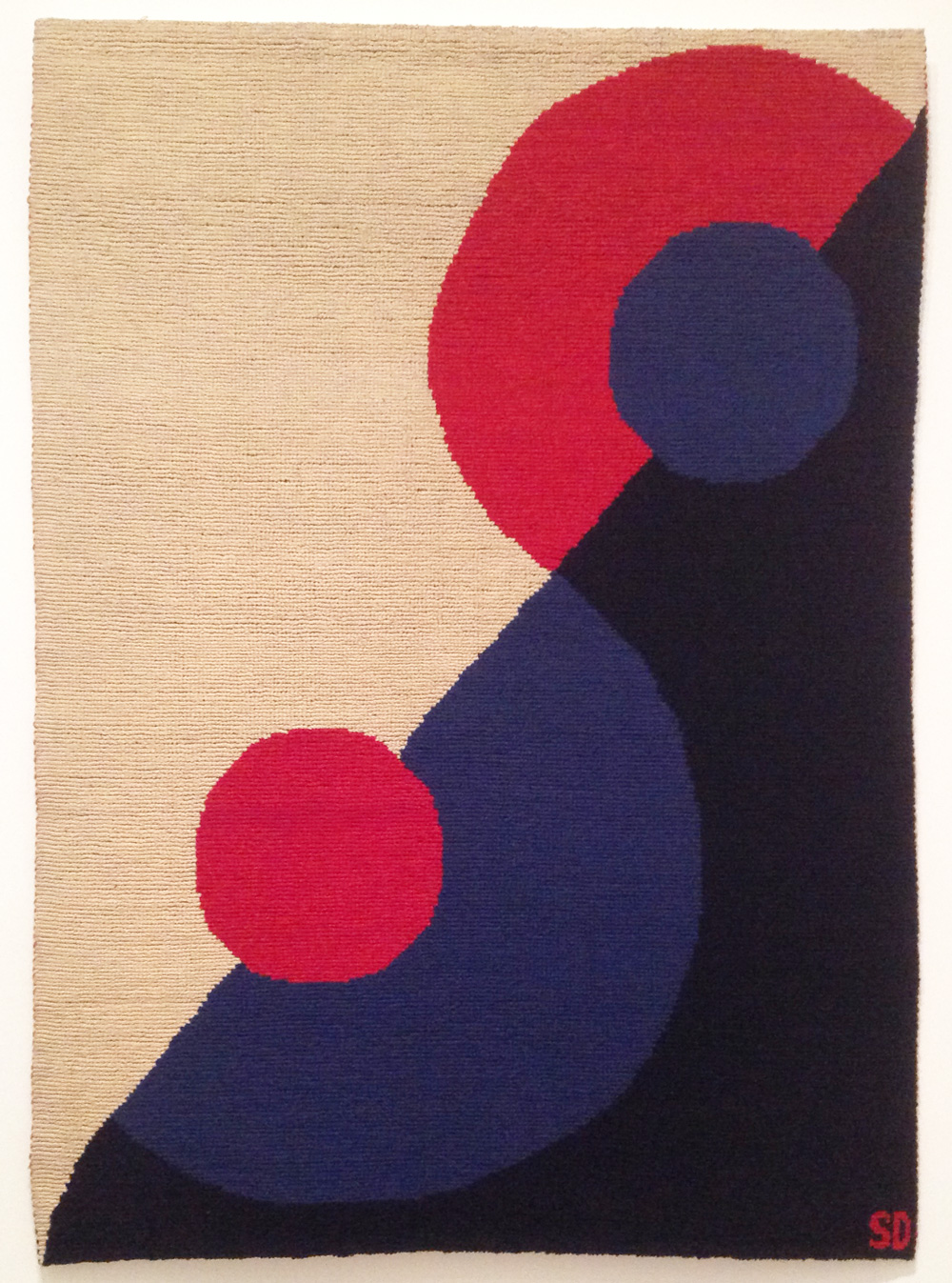 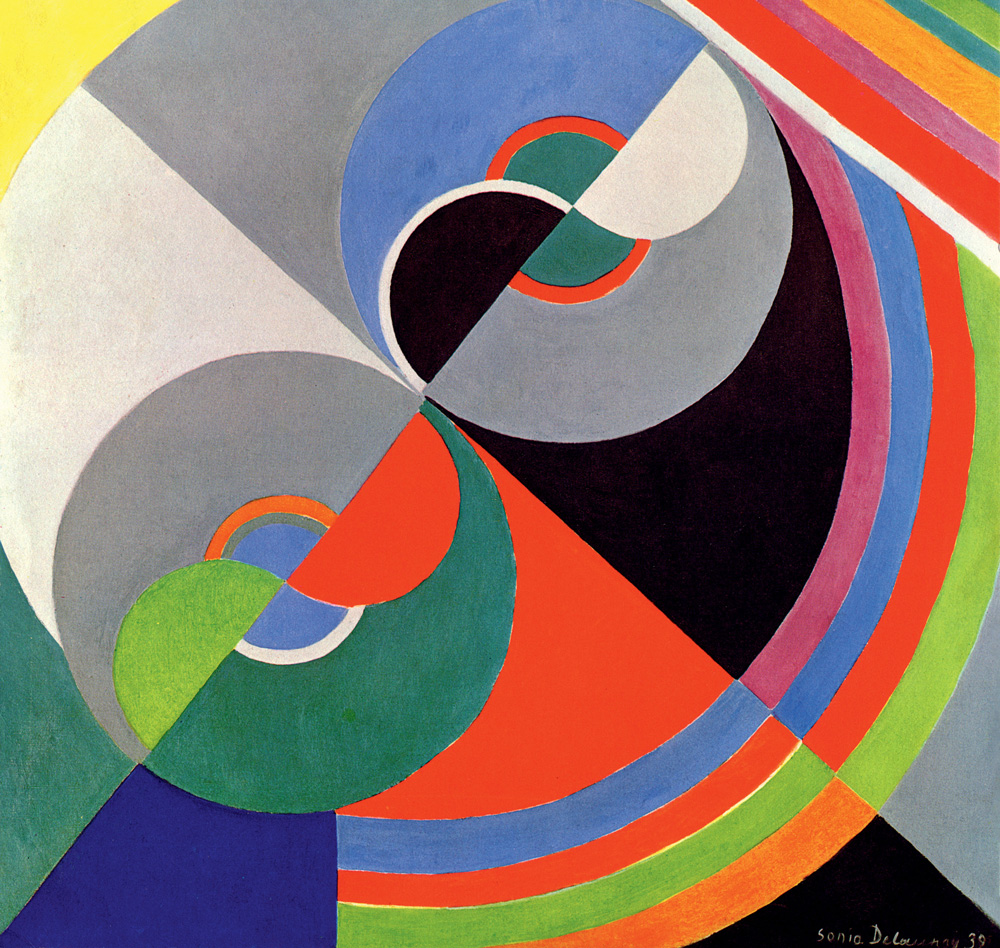 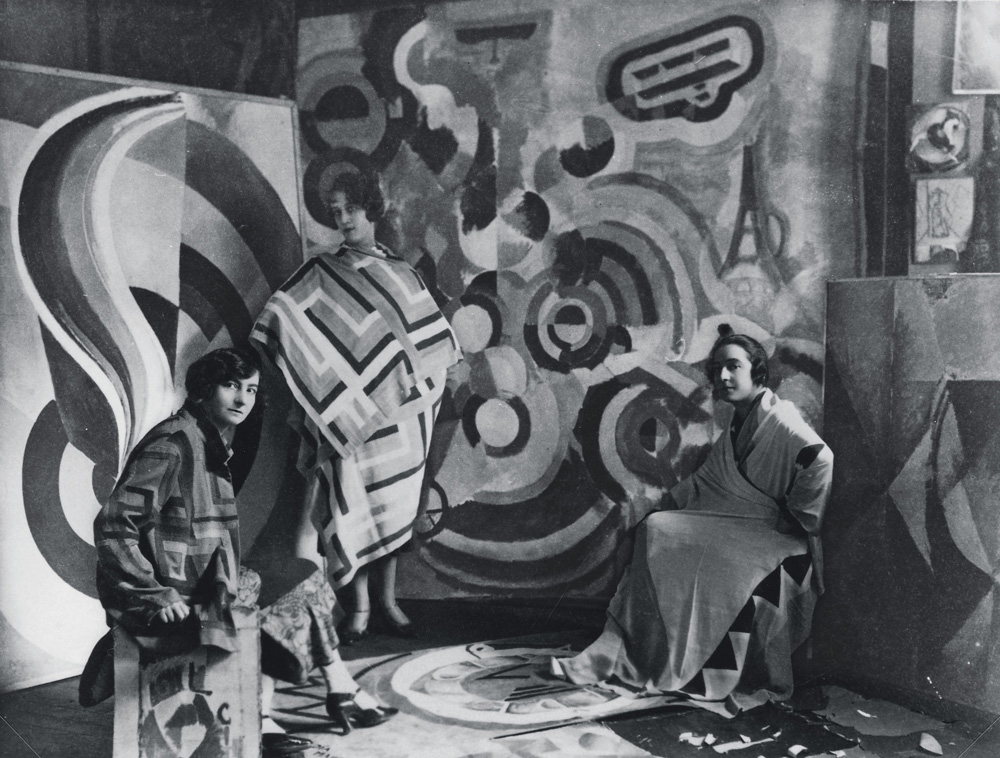 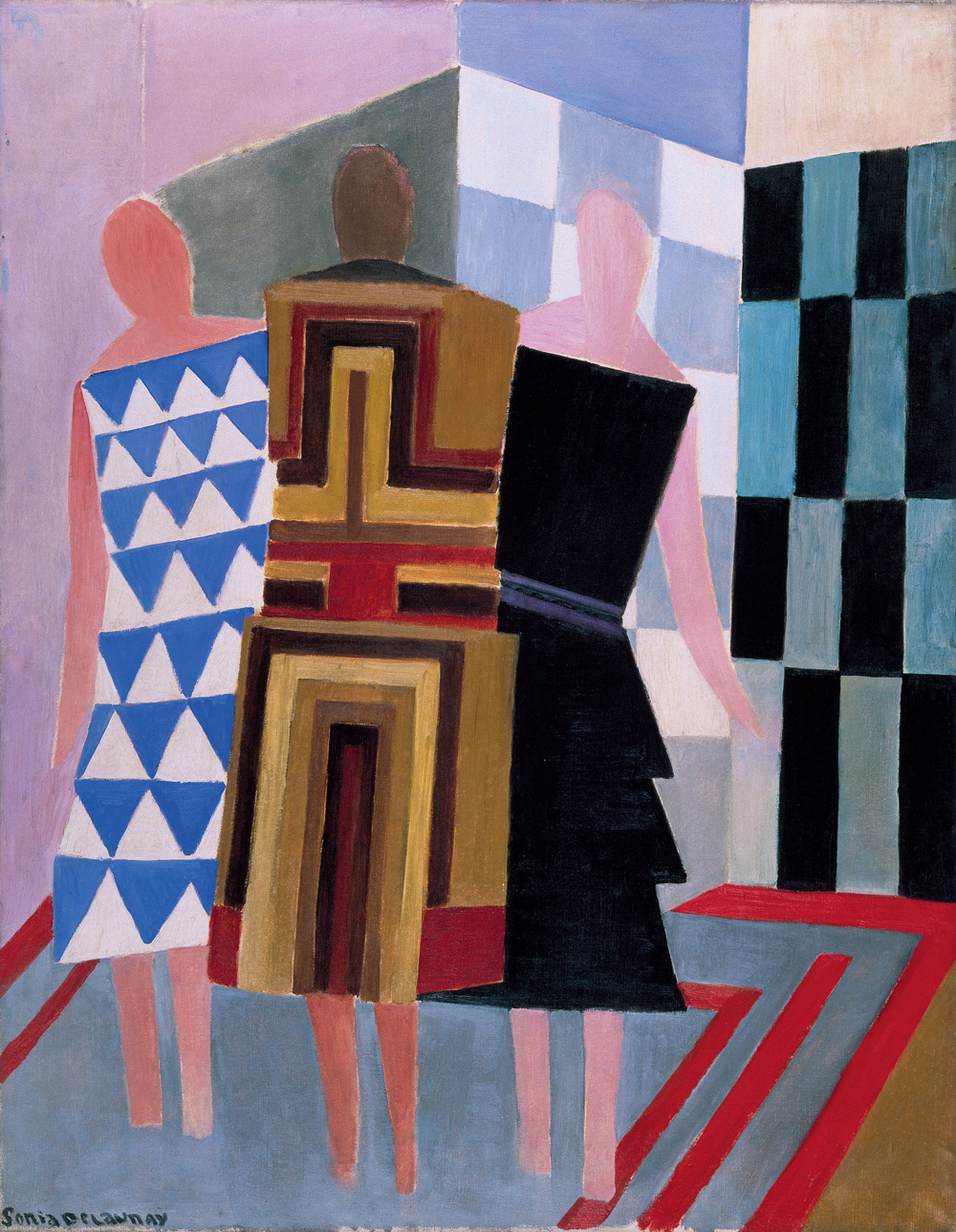 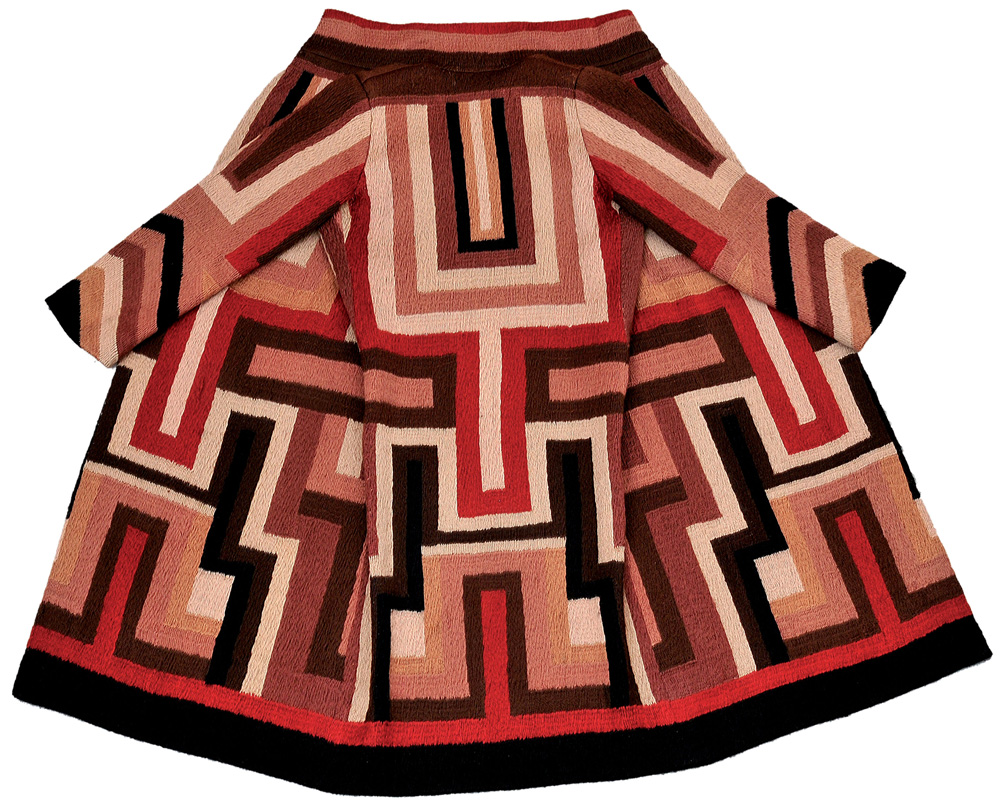 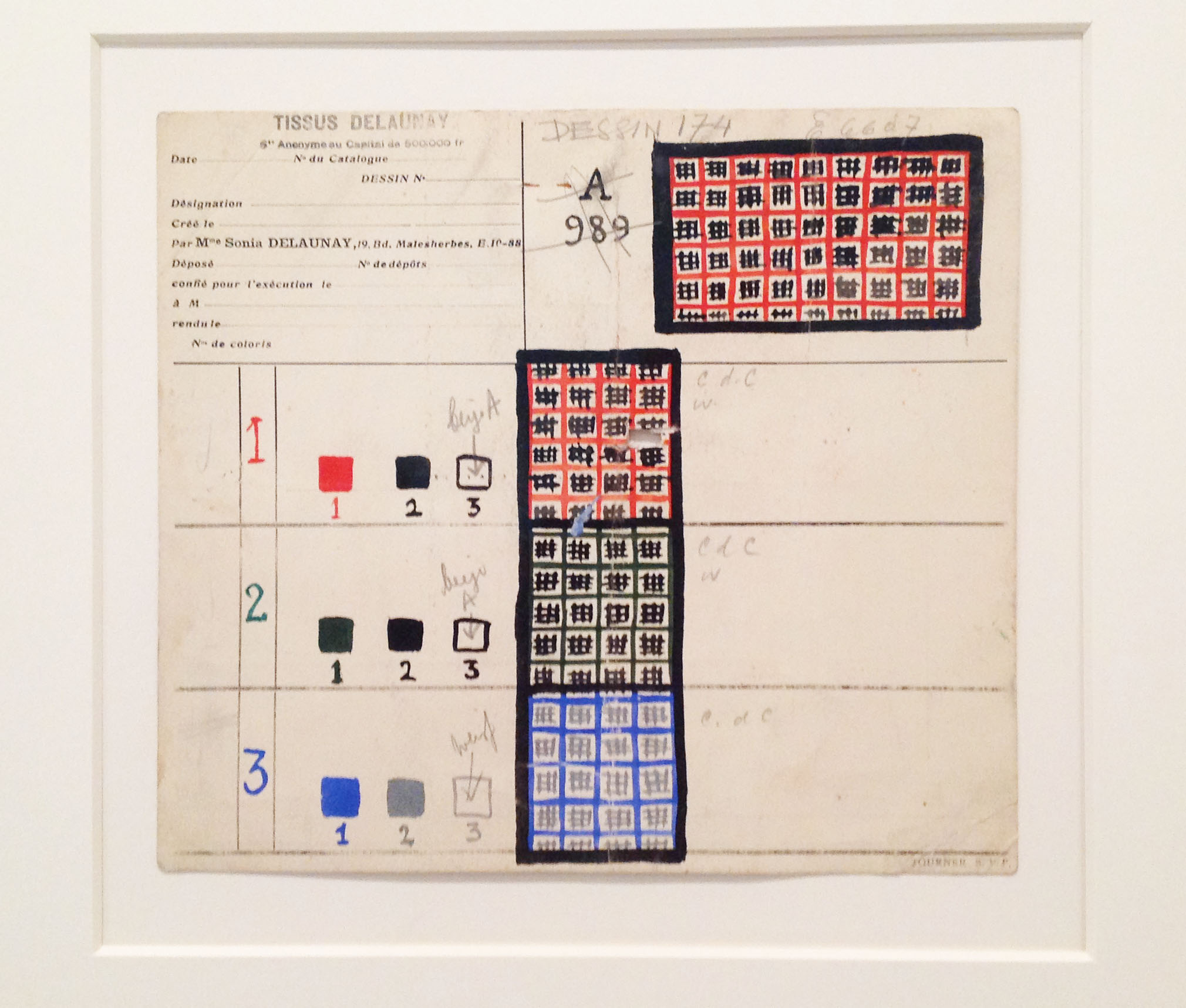 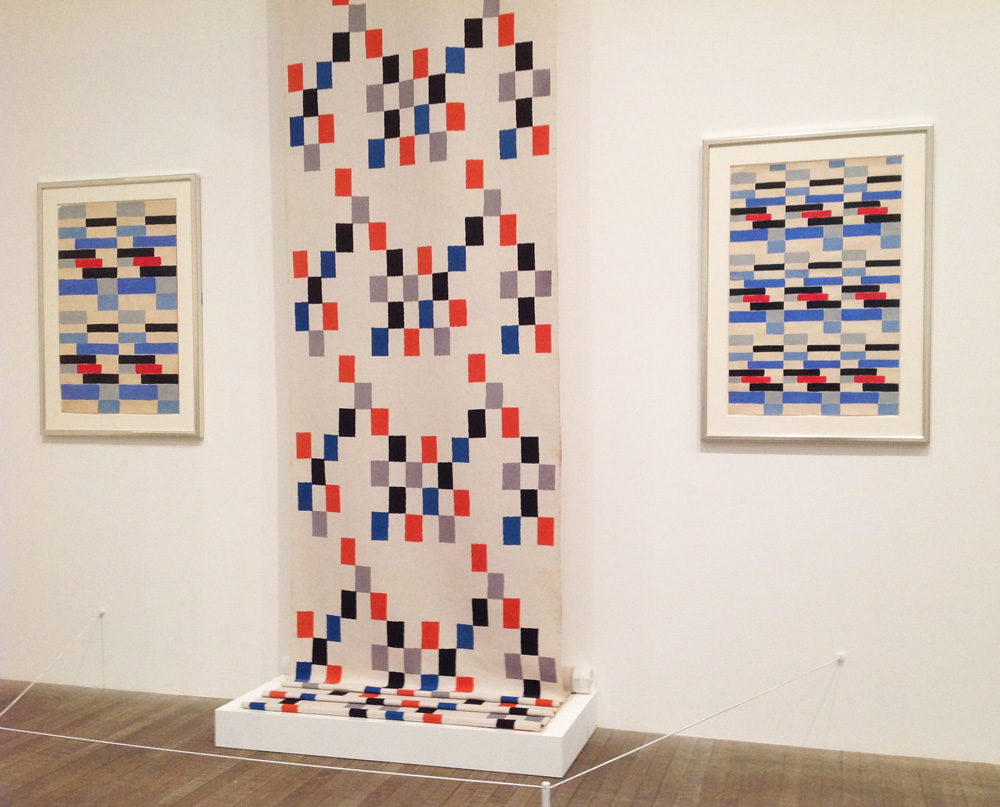 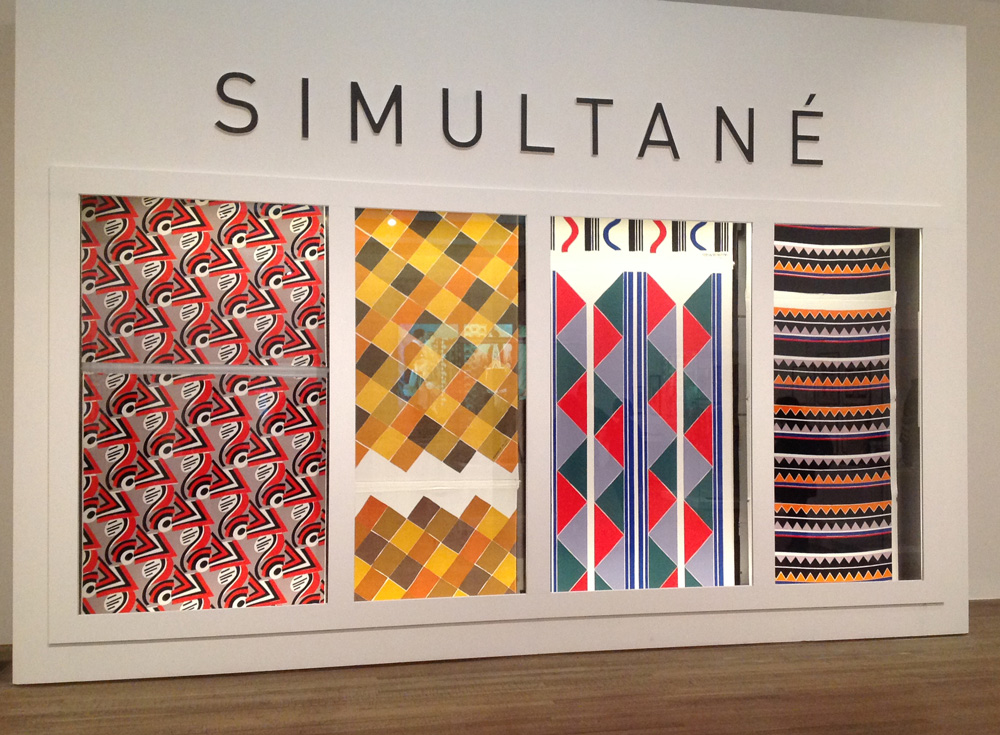