‘Rugs and Carpets from Distinguished Collections’ at Sotheby’s in London on Tuesday 3 November 2015 marks a return to the auctioneer’s New Bond Street rooms for sales dedicated to oriental rugs, carpets and associated textiles, the first for eight years. This is especially welcome as since 2007, only small carpet consignments have been included, almost as an afterthought, in SLO’s twice-yearly ‘Arts of the Islamic World’ sales.

In line with current more focused marketing practices, SLO’s new-look rugs and carpet team – consultant Jacqueline Coulter, director Stephanie Douglas, and cataloguing assistant Harry Grenfell – has assembled a 126-lot come-back offering under the ‘Distinguished Collections’ banner, for the most part eschewing the recycled dealers’ stock that has filled out so many international rug auctions in recent years in favour of rugs from private owners. In addition to a handful of classical pieces, there are strong selections of collectable 19th-century Caucasian carpets and Turkmen tribal rugs and trappings. 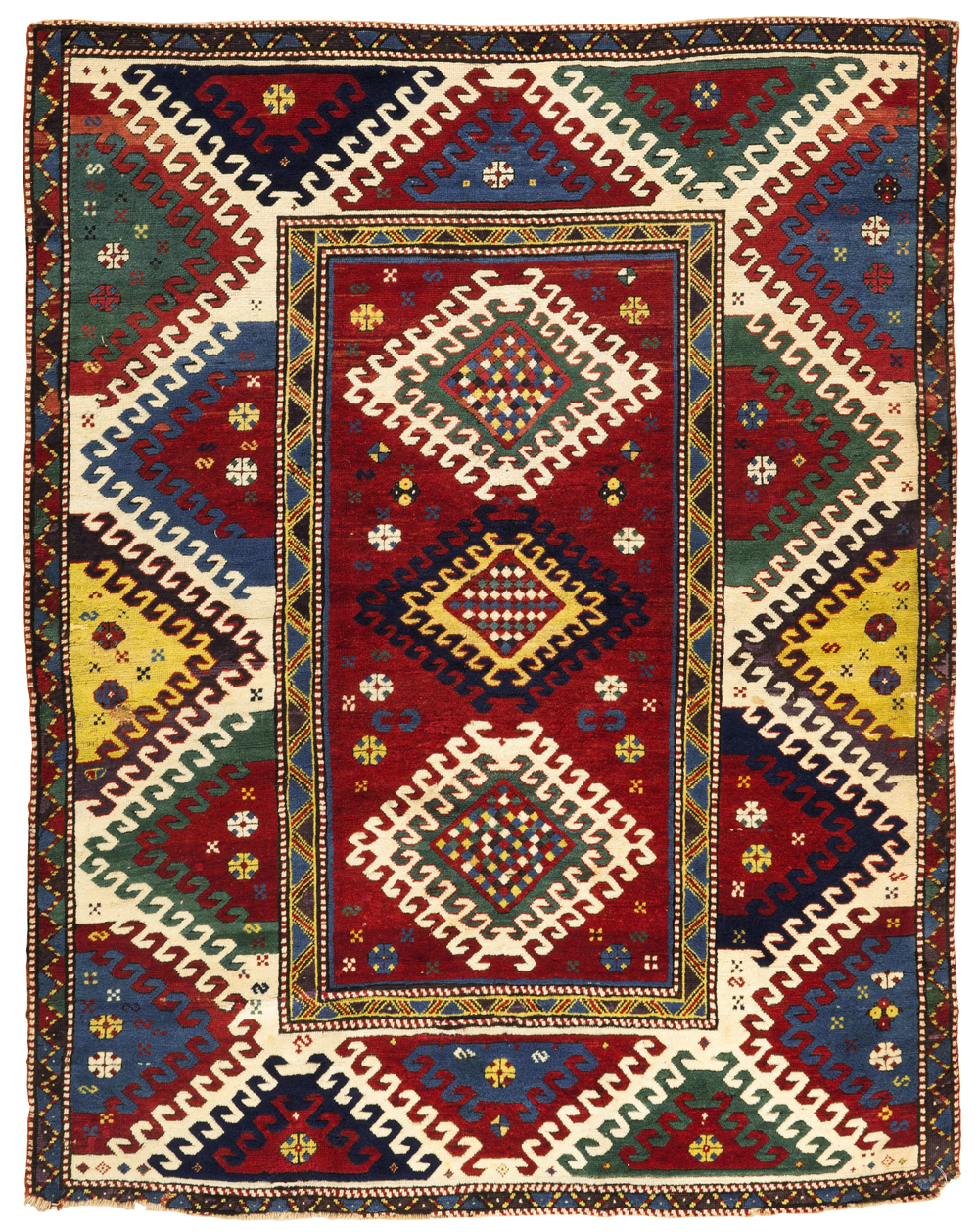 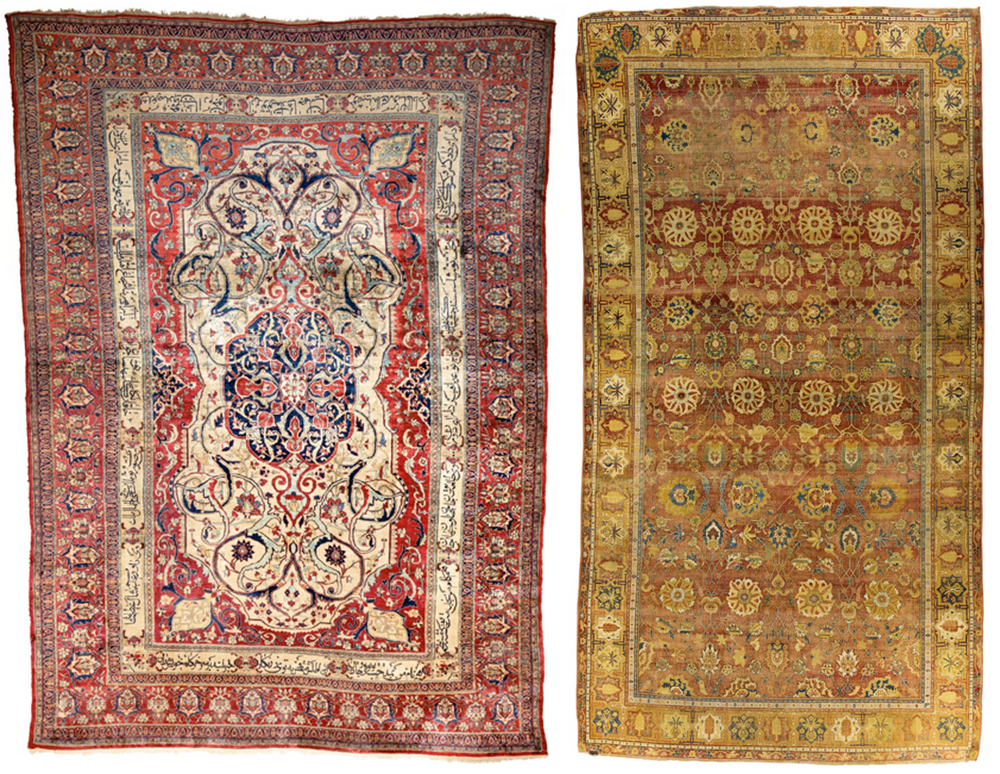 There are also strong prices expected for two Indian carpets. The first is lot 113, a circa 1900 north Indian (Agra) jail carpet, with a highly decorative pattern based on a mirror image repeat of a classical Ushak medallion carpet (£25,000-40,000). The second, lot 92, is one of the few pieces in the sale accompanied by more detailed provenance information. Consigned by ‘a noble lady’, this rather worn late classical Indian carpet, formerly in the Hagop Kevorkian collection, was exhibited at the MMA in New York in 1966 and subsequently appeared in the first Kevorkian sale at SLO in December 1969, when it was bought by the intriguingly named ‘Arts of Man’ for £1,100/$2,640. This time around it is expected to make £20-40,000. Sotheby’s catalogues it, conventionally, to Lahore in northern India, and to the 17th century, which may well be true, but since 1969 Indian carpet studies have moved on somewhat, and it could just as easily be an 18th-century Deccani weaving. As no structure analysis is given in the catalogue, it is hard to tell. 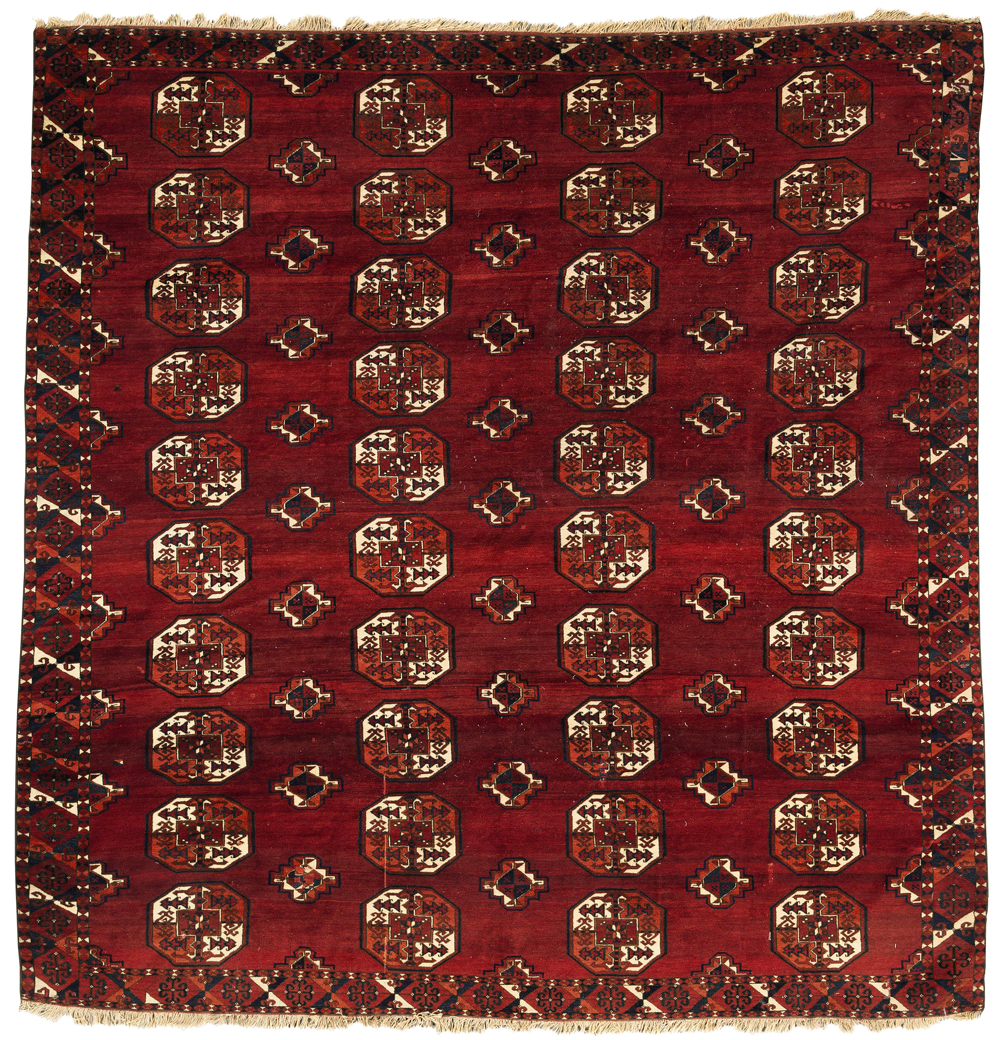 The classical carpet consignment also includes lot 75, an unusually small late 16th-century Medallion Ushak from an Italian collection, which is surely seriously underestimated at £12-18,000, the same price expected for lot 122, a Kangxi-period Ningxia pictorial rug with a lion and deer, and of a small number of Chinese and East Turkestan pieces on offer.

Top price expected among the large consignment of Caucasians (almost a quarter of the sale) is for lot 49, a deep-piled and beautifully coloured Borjalu Kazak with the classic hooked diamond pattern, at £20-30,000. Lot 32, a red ground Sevan Kazak with a stylized palmette border, and lot 40, a blue-ground Karachov Kazak, are both expected to make £15-25,000, as are lot 66, a small Qashqa’i carpet with medallion and pendants on an ivory herati field, and lot 95, a so-called ‘Mohtashem’ Kashan Medallion rug.

Overall this is an attractive consignment, with a number of very good pieces on offer at achievable prices, and with most collectable lots realistically estimated. But that is, unfortunately, no guarantee of success. In the present market good luck and a favourable wind are also essential. 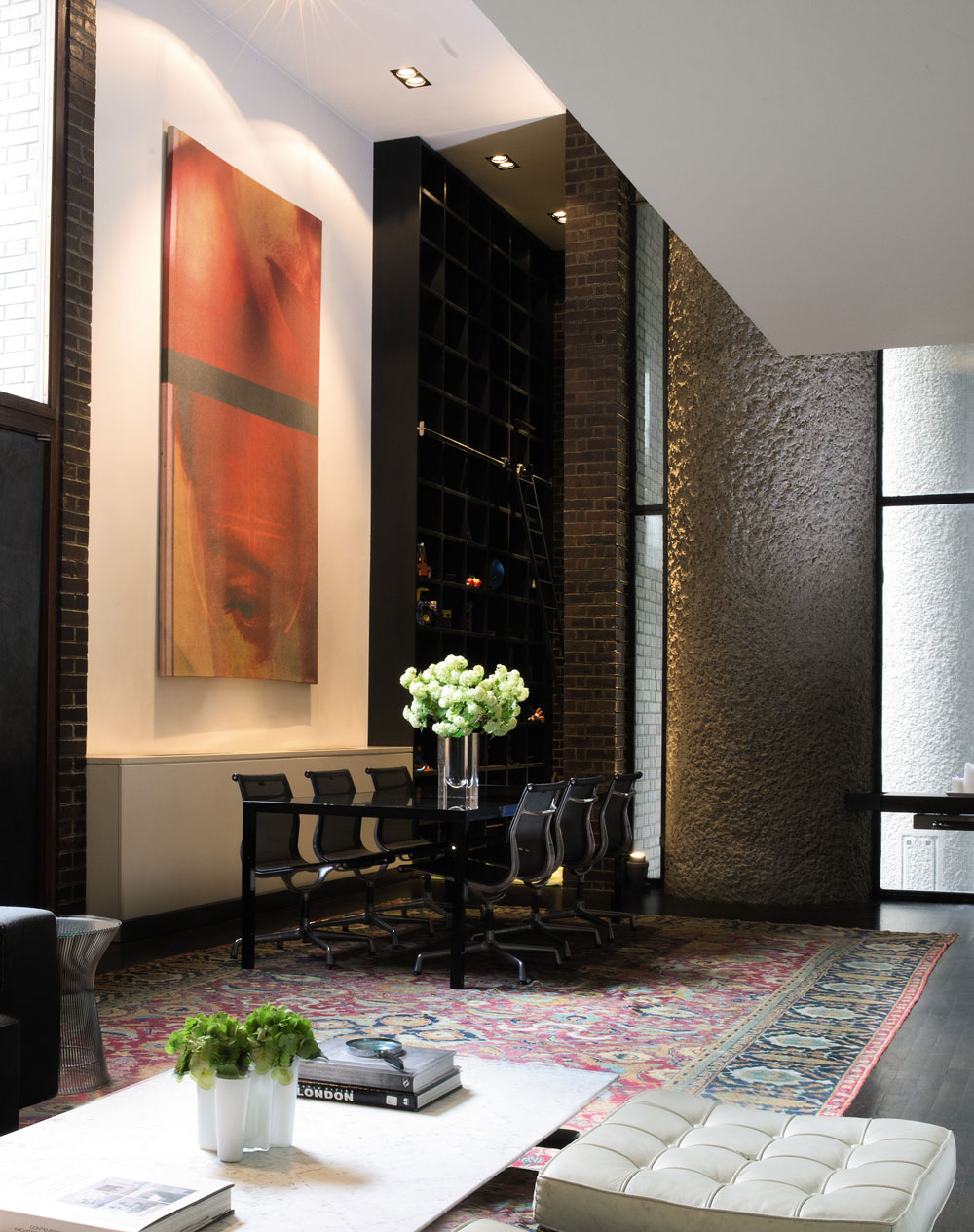