Featured in HALI 209’s pick of the best rug and textile exhibitions and events around the globe, the current exhibition, ‘Spain, 1000–1200: Art at the Frontiers of Faith’ is open at The Met Cloisters, New York until 30 January 2022. Below we take a more detailed look at some of the medieval textiles on display:

This exhibition demonstrates how artists and patrons of the day negotiated different visual traditions at a time of complex interfaith interaction. Among works that testify to the diversity of Spanish medieval art is this 12th-century Camel, fresco, transferred to canvas pictured below. 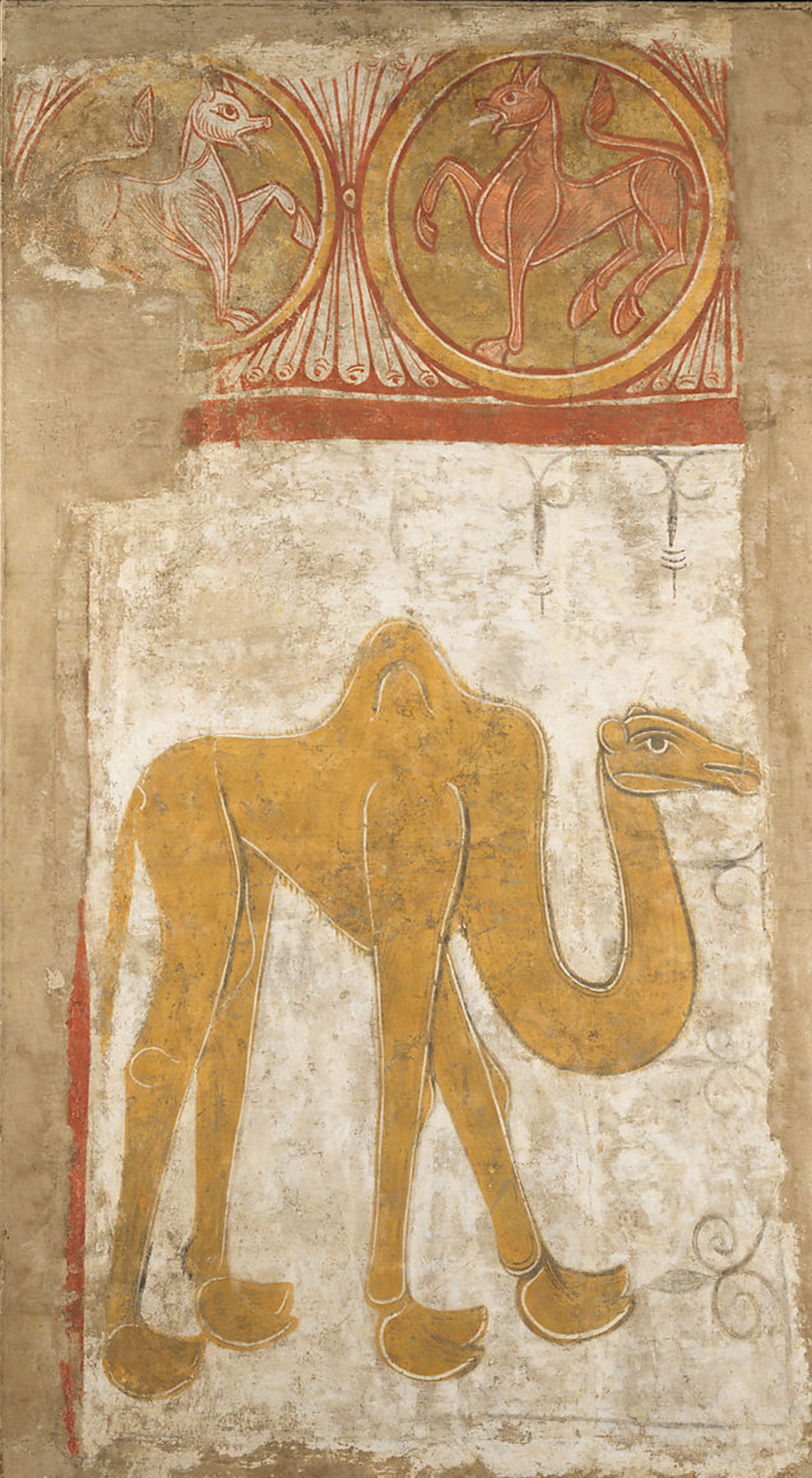 This is a fragment of tiraz, a type of textile decorated with a band of text. Traditional tiara were woven in royal workshops and featured inscriptions that named the ruler. Over time, isolated single or paired bands multiplied into tiers of decoration, as pictured below. The inscription on this Egyptian woven fragment appears to read ‘help from God.’ While few examples of tiraz survive from medieval Spain, inscribed textiles were a very important component of Iberian production. 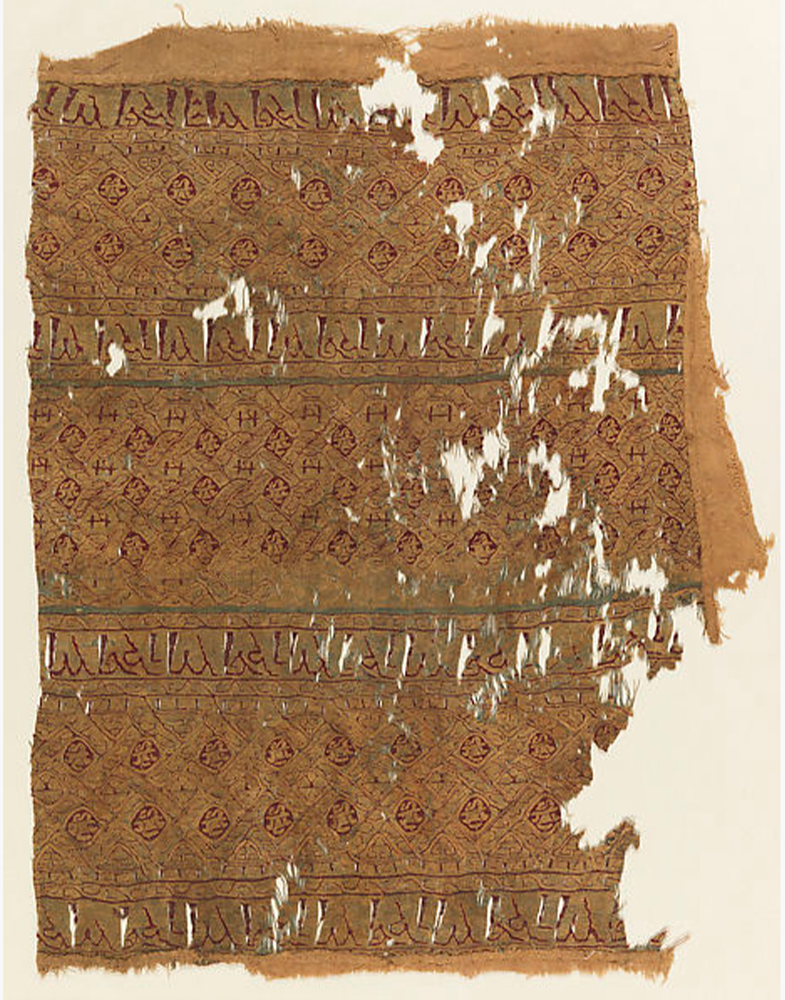 The San Baudelio mural painters were inspired by the kind of colourful, patterned silks that this textile fragment originated from. The imagery on this piece may have also inspired an elephant painting originally from San Baudelio (now in the Museo del Prado, Madrid). Before being divided, this textile would have featured a repeated pattern of roundels framing single elephants, arranged to face each other in pairs, in a manner similar to the paired roundels above the camel painting at San Baudelio. While this silk was likely woven in the eastern Mediterranean, due to the vitality of the silk trade it made its way to a church in Aragon, Spain. 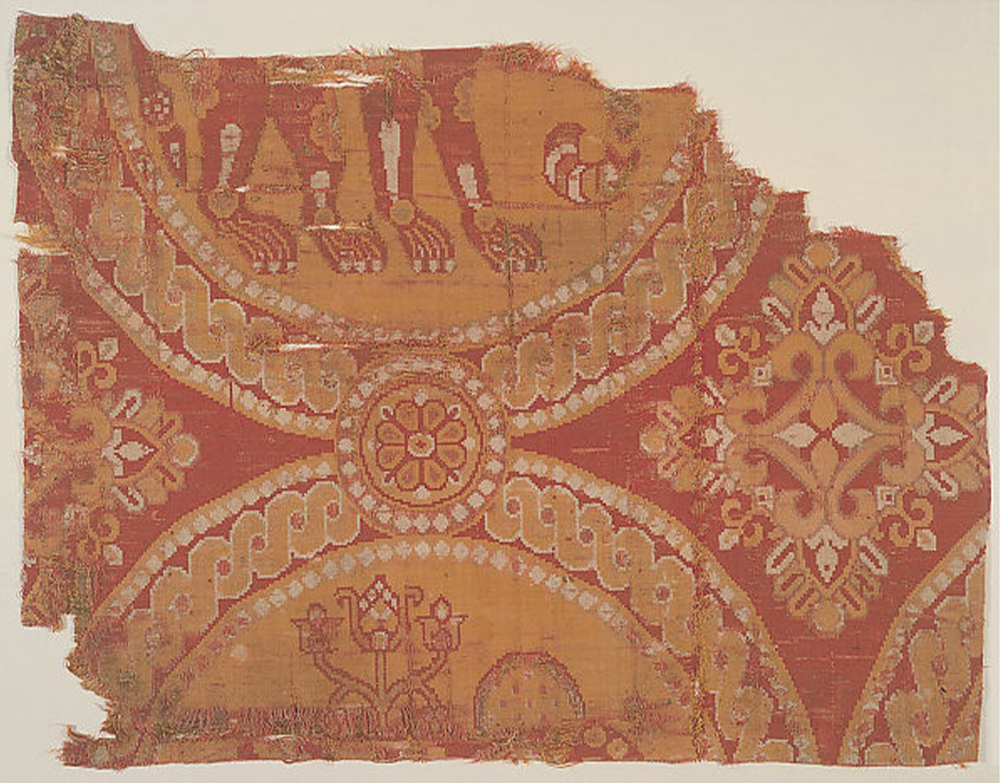 By exploring the sources of inspiration for the items on display, ‘Spain, 1000–1200: Art at the Frontiers of Faith’ showcases the complexity and richness of interfaith interaction and religious visual traditions  during this pivotal era in the history of the Spanish Middle Ages.

Read an exhibition review by Warren T. Woodfin in HALI 210.