Churchill’s ‘The Tapestries at Blenheim’ sold at Sotheby’s

‘Daughter of History: Mary Soames and the Legacy of Churchill’, Sotheby’s white glove sale on 17 December 2014 of the estate of Sir Winston Churchill’s last surviving child, featured an intriguing painting by the statesman. Titled Tapestries at Blenheim, it shows the grandeur of the tapestry room at Blenheim Palace, his birthplace. It was painted circa 1930, and was a gift to his daughter. Estimated at £200,000 — 300,000, the painting sold for £1,082,500. 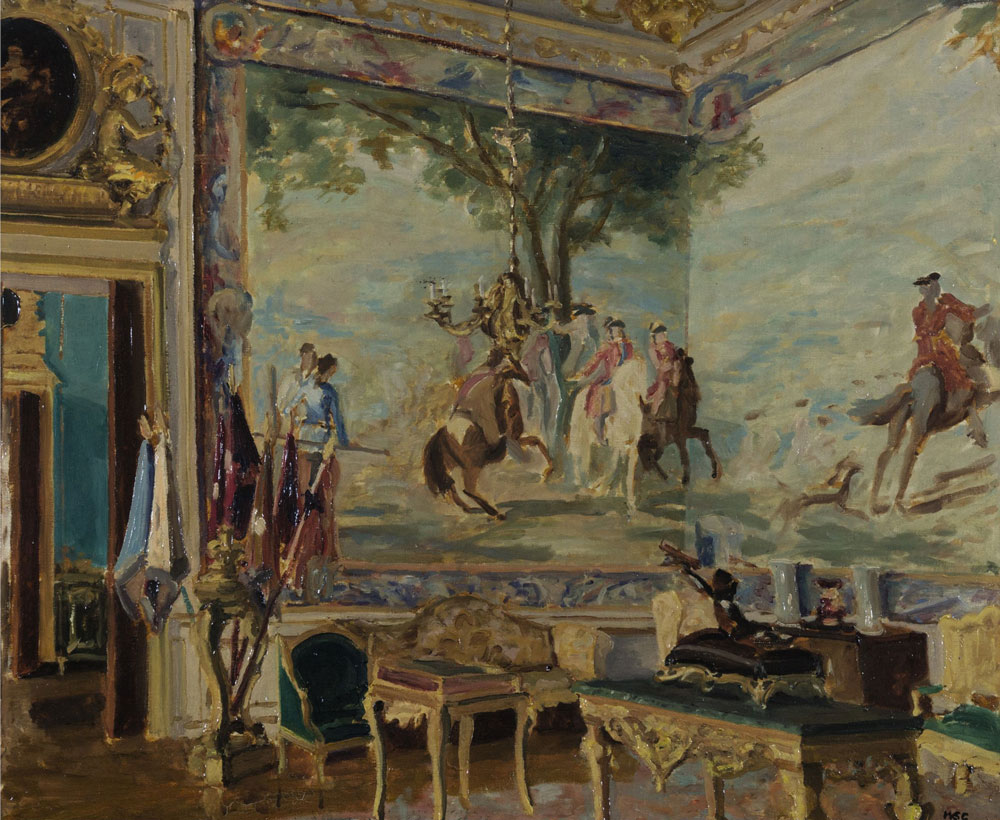 The tapestry in the painting can be identified as Siege of Bouchain, 13 September 1711. Commissioned by John Churchill, 1st Duke of Marlborough, it commemorates one of his famous victories; the tapestry depicts the French encampment surrounded and Marlborough poised to accept the surrender of Bouchain. The Victory Tapestries, also including pieces showing military triumphs at Ramillies, Oudenarde, Malplaquet and Blenheim, were designed by Lambert de Hondt and woven by Jucocus de Vos in Brussels.

The younger Churchill’s choice of subject may have had autobiographical meaning. By the late 1920s, Winston Churchill found himself out of office, and directed his energies toward a four-volume biography of his legendary ancestor. The First Duke of Marlborough’s career was a roller-coaster ride of glory and disgrace, but the palace he built and furnished testified to the resilience of the Churchill family. 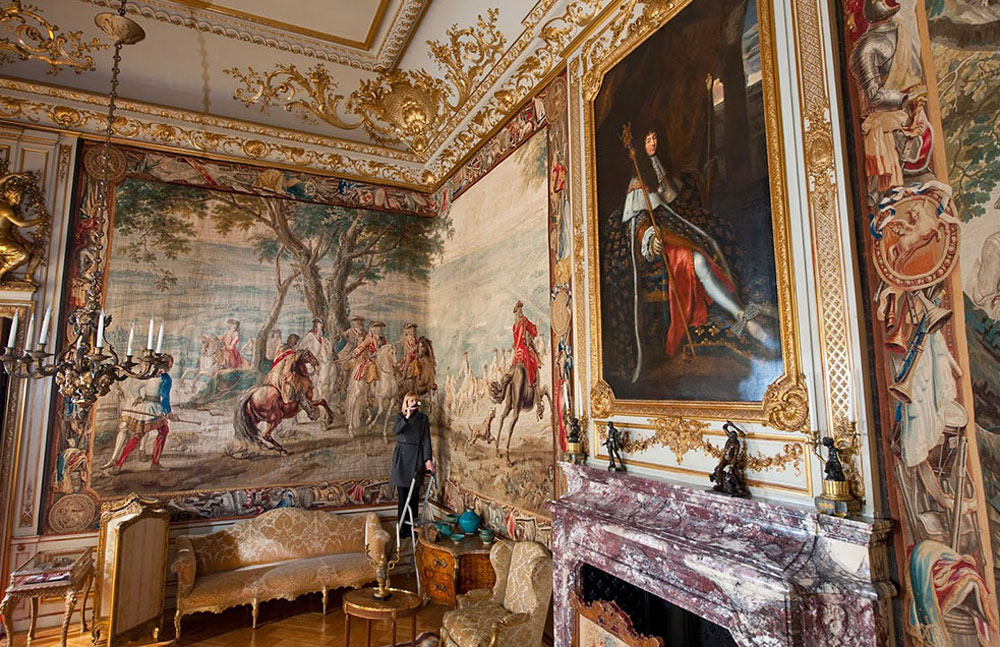