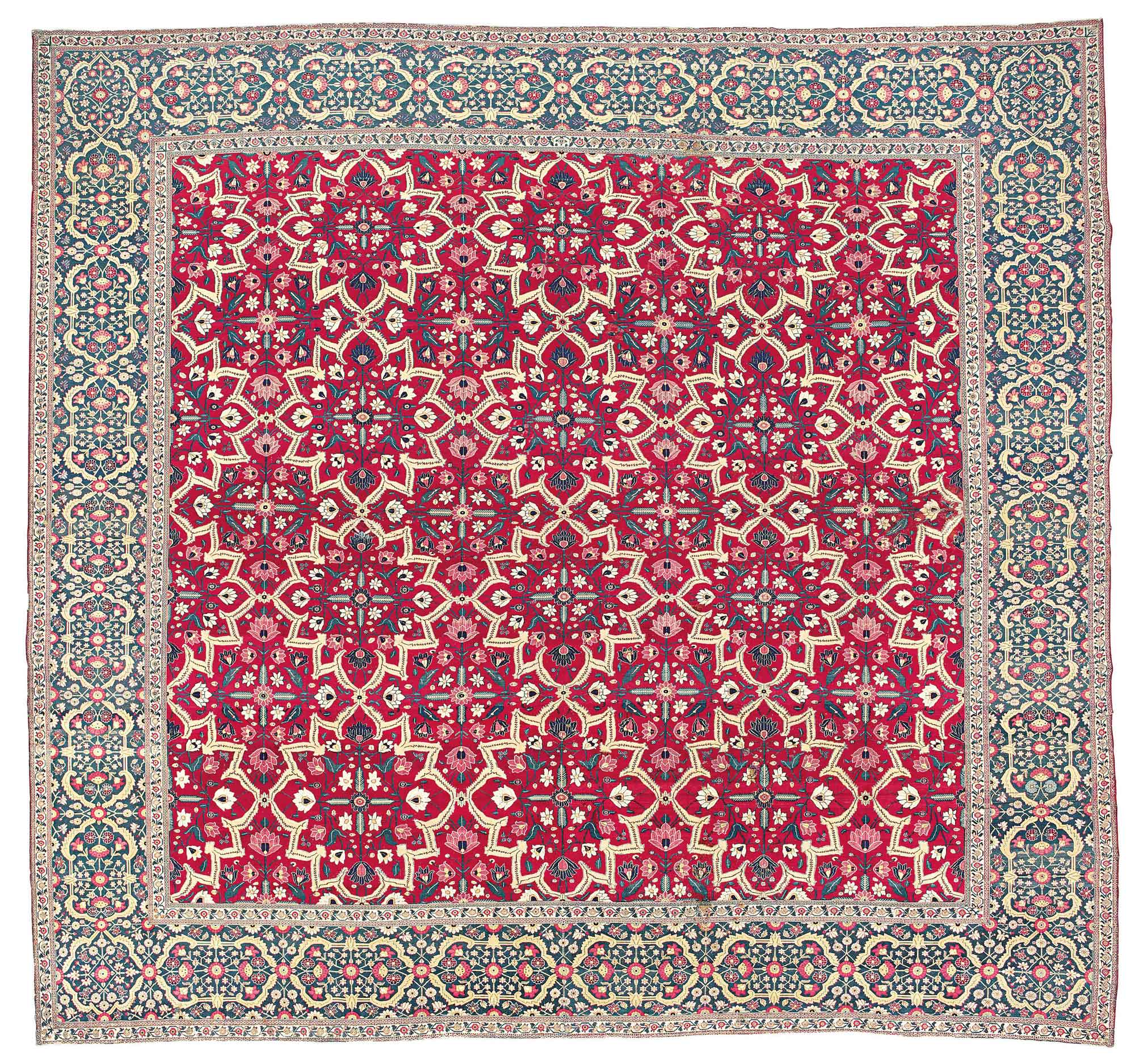 No Star like a good old Star: The Vanderbilt Indian pashmina millefleurs carpet at Christie’s, London.

Christie’s Oriental carpet sale at King Street on Tuesday 8 October 2013 was an affair of two unrelated parts. In one brief interlude featuring a protracted battle between two telephone bidders, lot 50, the drop-dead gorgeous North Indian star-lattice carpet that once belonged to the US tycoon Cornelius Vanderbilt, more than doubled its best pre-sale estimate to sell for £4,786,500 ($7,687,120). The remaining 169 lots (two were withdrawn) yielded just an additional £650,810 ($1,041,300), with long passages of inaction.

Unlike its two most recent appearances under the auctioneer’s hammer in the late 1990s in Wiesbaden (Rippon Boswell) and then New York (Christie’s), this time the Vanderbilt failed to set a new world record price at auction for an Oriental carpet. The price nevertheless represents an eight-fold increase from last time, slotting into third place behind the marks recently established by the Clark (Sotheby’s New York,) and Behague (Christie’s London) Kerman rugs. 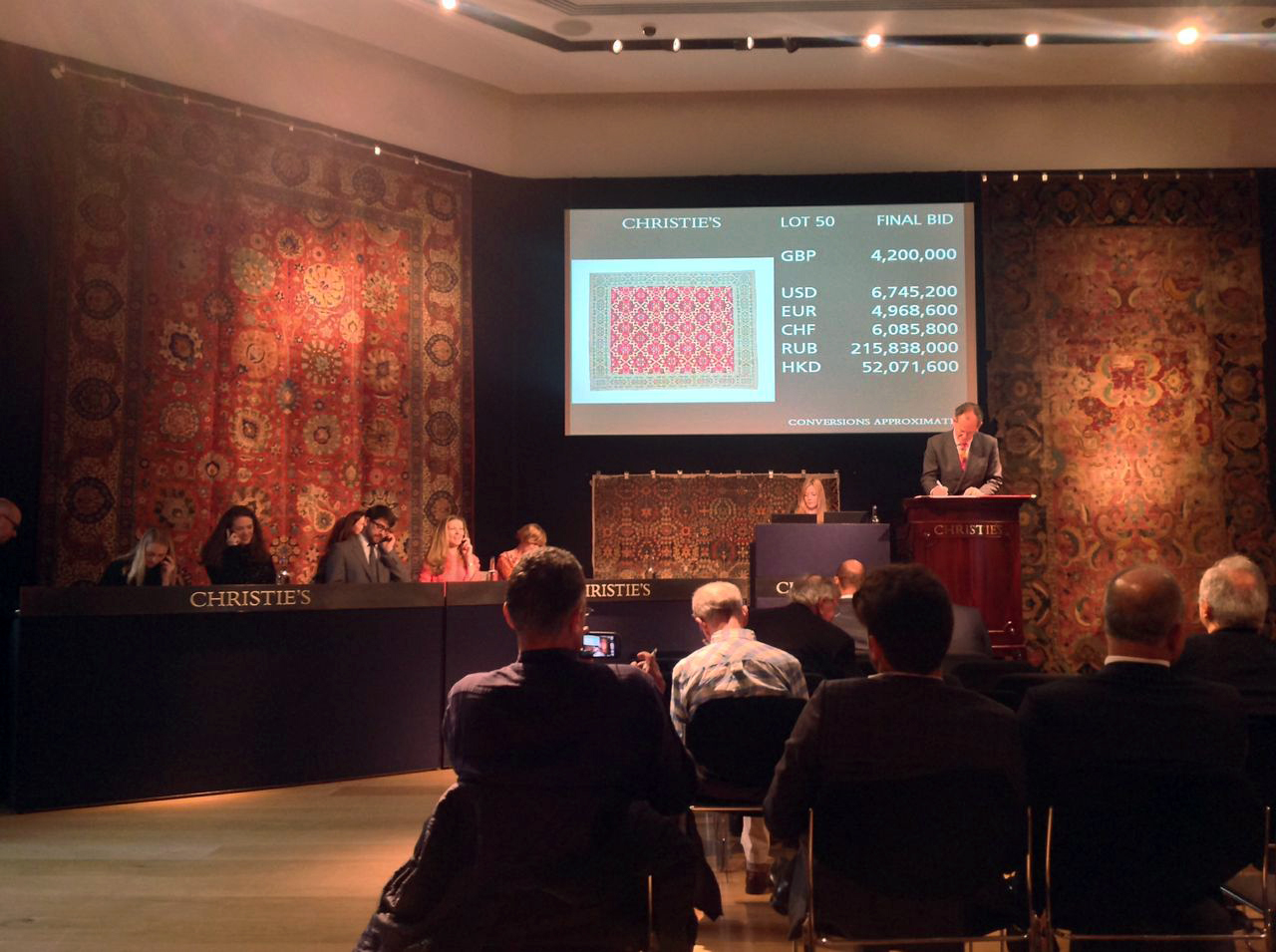 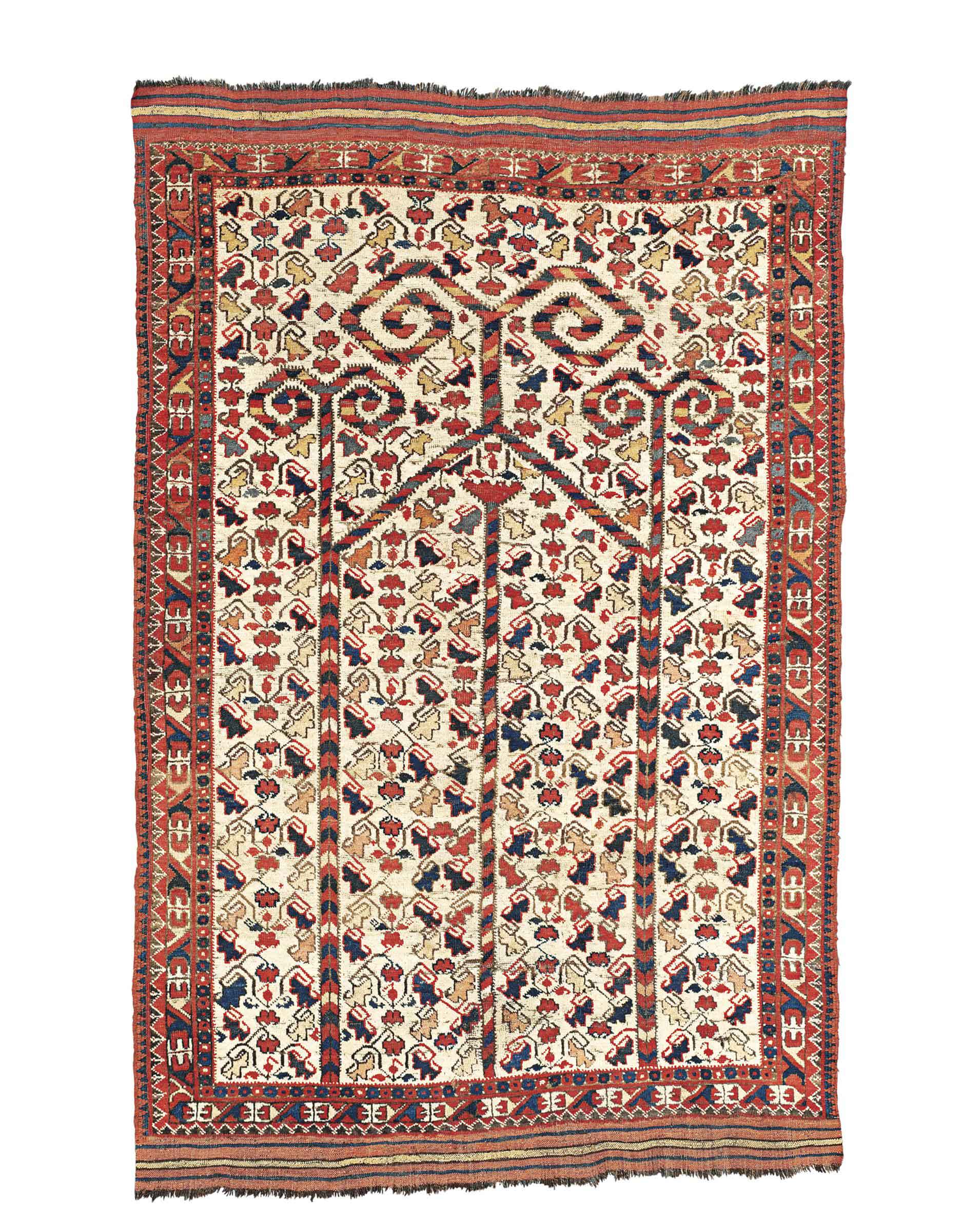