A 17th-century Turkish tent currently on display at the Wawel Royal Castle, Cracow is a large and powerful reminder of the historic threat to Europe posed by the Turks and the decisive battle at Vienna with the invading Ottoman armies.

The tent was captured at Vienna on 12 September 1683, when the Holy League army of Polish King John III Sobieski and that of the Holy Roman Emperor defeated the Turkish army commanded by Grand Vizier Kara Mustafa. In 1729 the tent was taken by Augustus (II) the Strong to Saxony to lend lustre to military exercises and great parades. It was donated to Wawel in 1934 by Szymon Szwarc.

The roof and walls are decorated with arcades within which are medallions filled with intertwining floral patterns and flowers, including stylised carnations and tulips – the Otttomans’ favourite flower. Above the oval medallions are cartouches of gold satin with blessings written in Arabic script. The tent was originally supported on two poles, the sockets into which these go are reinforced with leather, and a system of pegs and ropes for pulling and stretching the fabric were used. The outer surface is covered in sturdy canvas, impregnated with copper compounds, which gives it its cool, pale green colour.

The tent underwent  restoration from 1991 until 1999: all of the appliqué decoration was removed, the fabrics were cleaned in water baths and then re-applied. Today it is brilliant condition and helps recreate some of the splendour associated with the higher echelons of  Ottoman society, even on military campaign.

The tent is on show until 12 September 2013 at Wawel Royal Castle, Special Exhibition Rooms, 2nd Floor, enter via Senators’ Staircase. 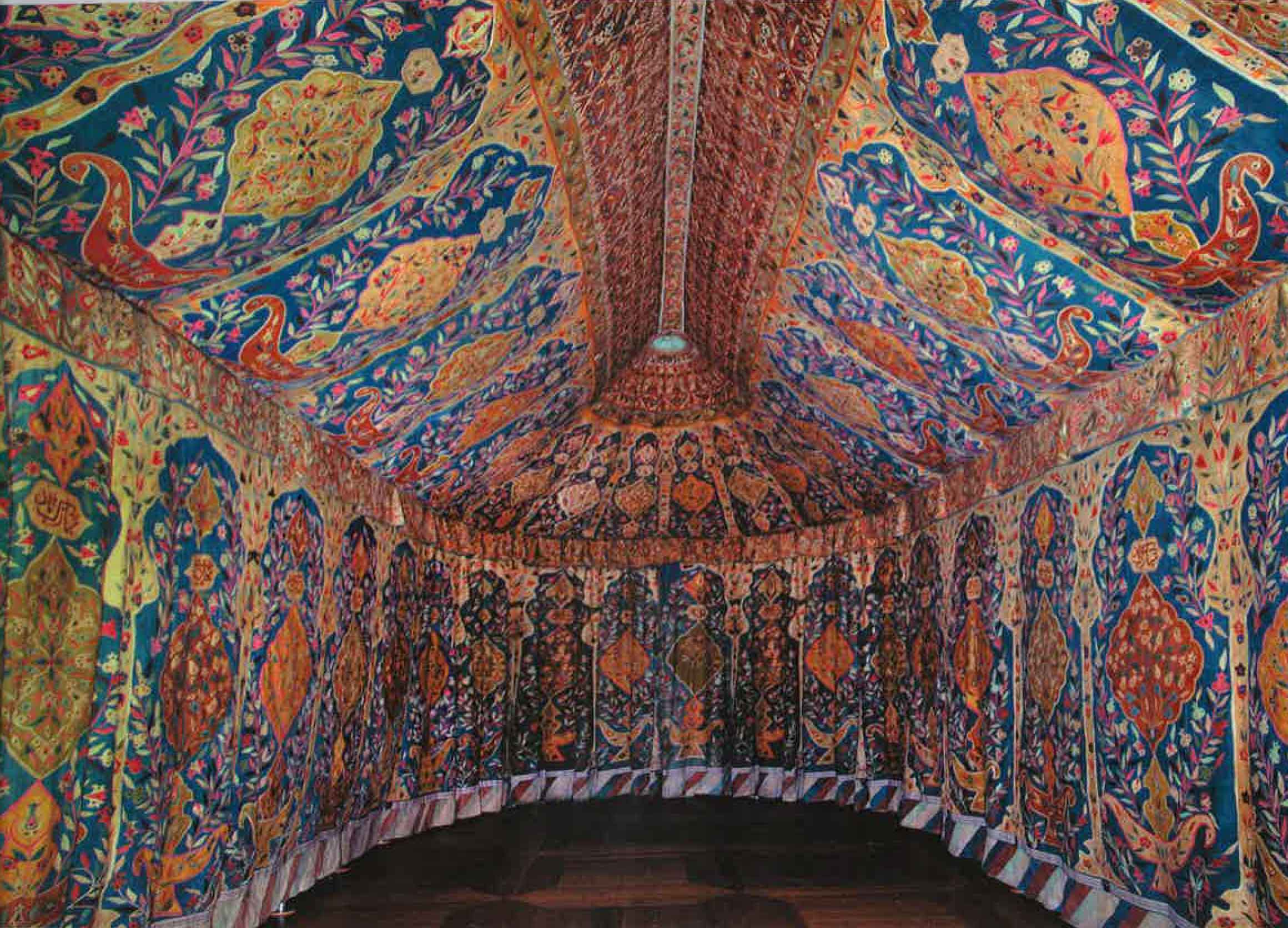 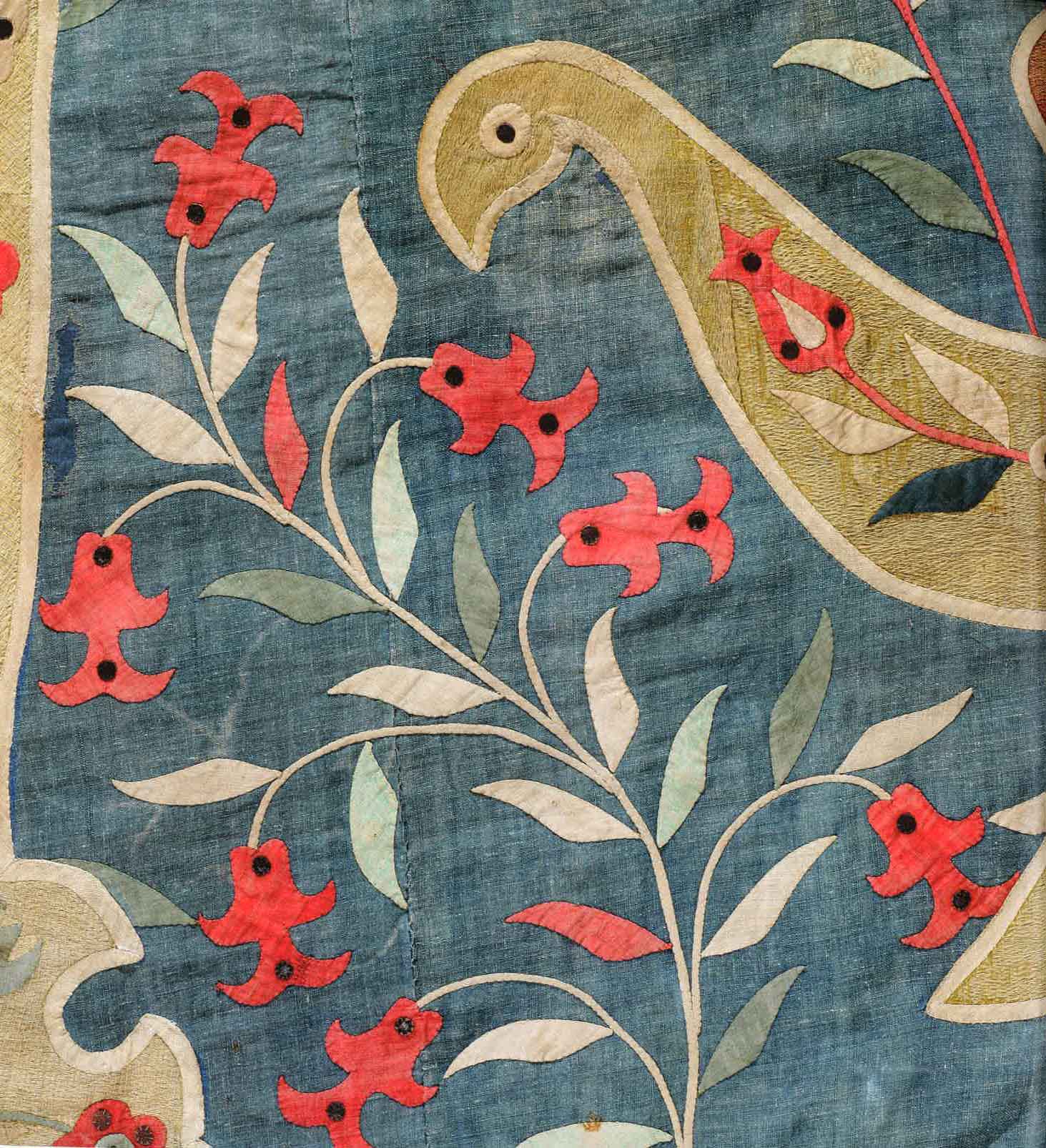 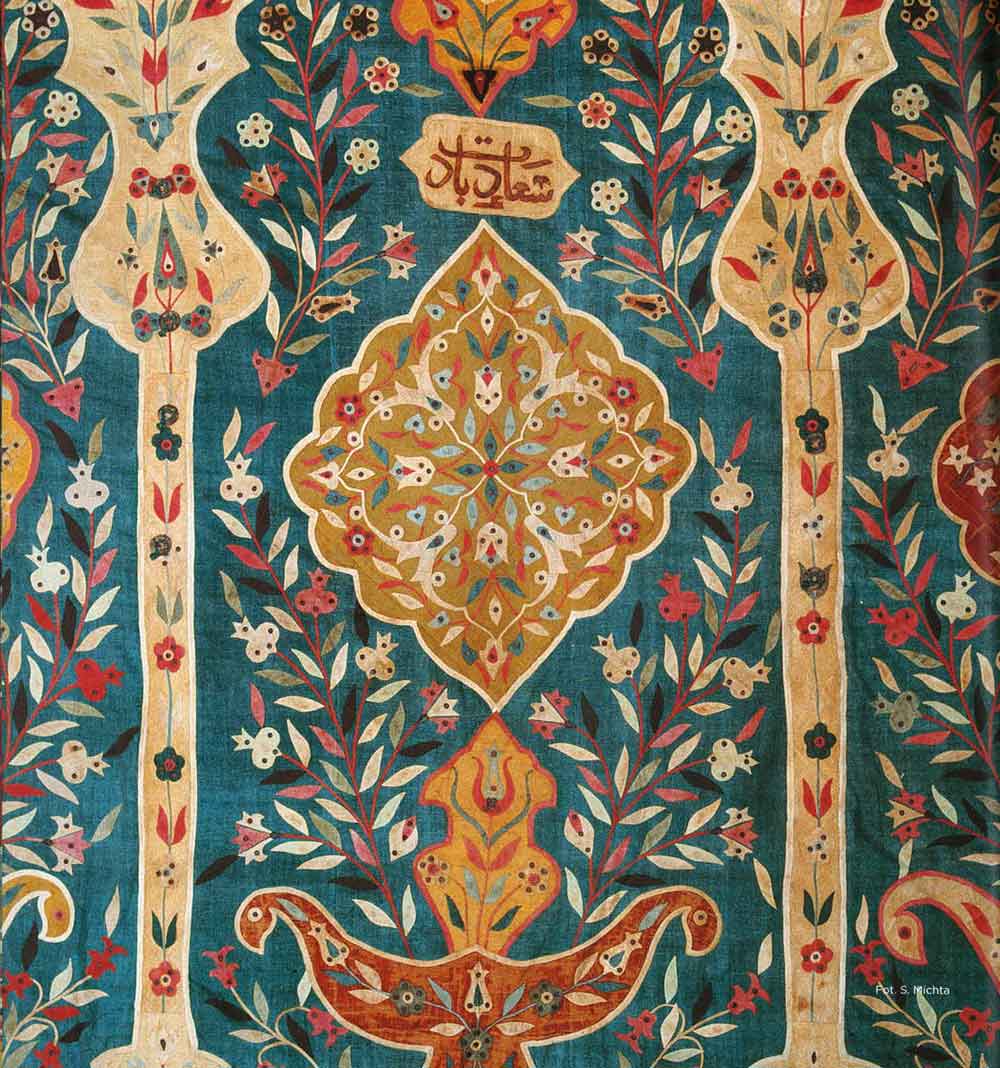 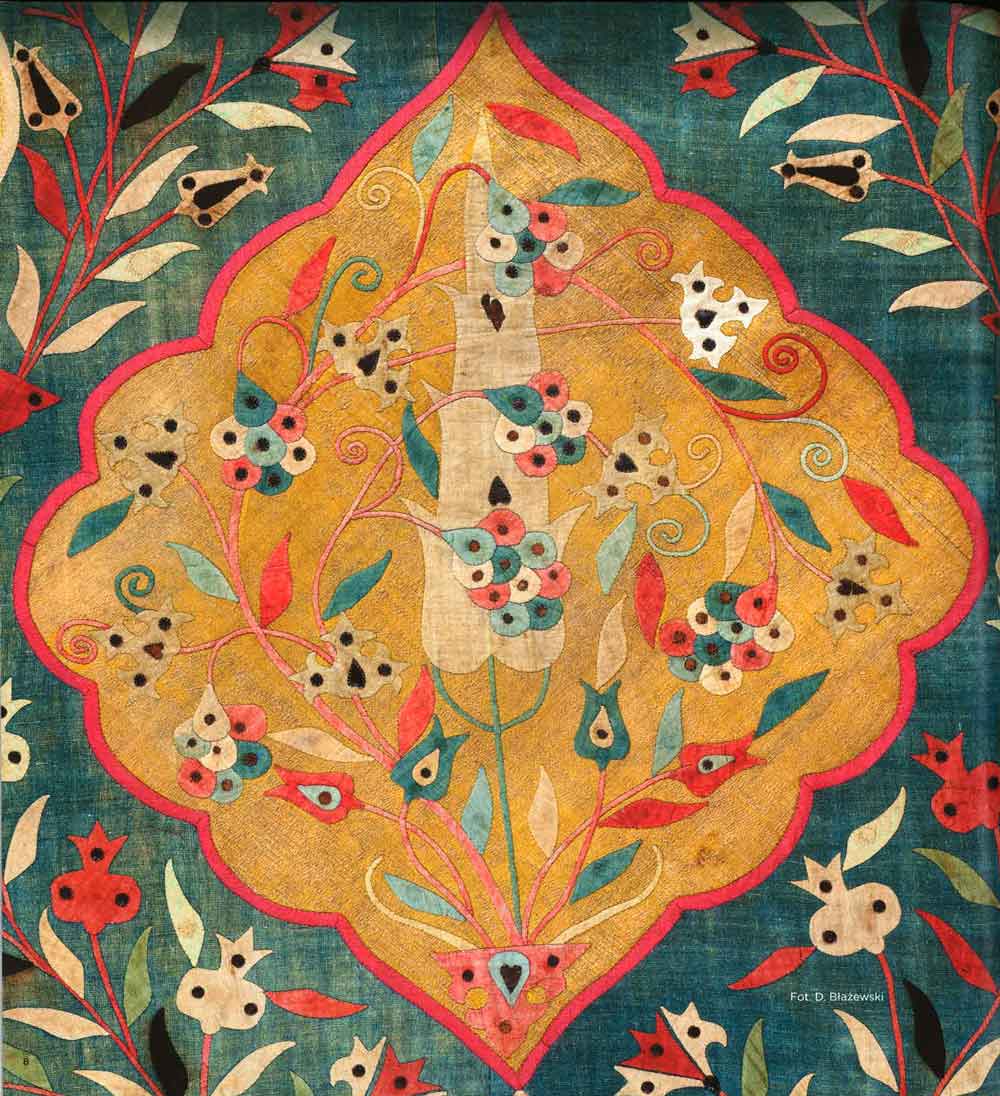