There are just over two weeks left to visit the textile exhibition Command Performance: Kuba Cloths from Central Africa at The Honolulu Museum of Art, till 21 July 2013.

The people of the Kuba Kingdom, in what is now the Democratic Republic of Congo, made textiles that were so highly coveted that they were referred to as the “people of the cloth.” The Kuba wove the leaves of the raffia palm (Raphia textilis) into textiles for ceremonial court adornment, prestigious cloths for negotiating social status, and performance and dance regalia. Women employing distinctive hand-stitched embroidery, appliqué, or cut pile techniques embellished the plain cloths that were traditionally woven by men. 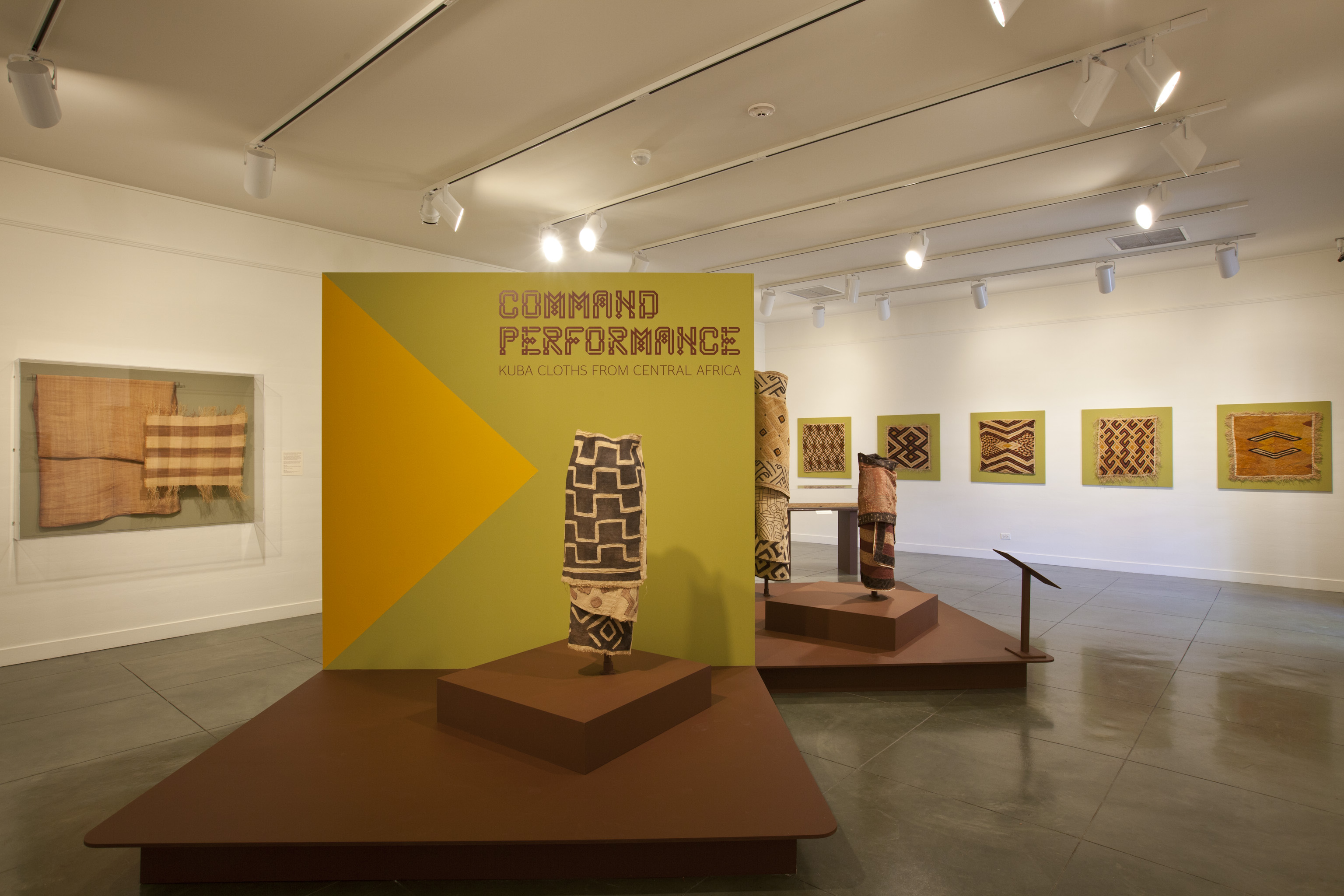