The Nasser D. Khalili Collection of Islamic Art is to lend over eighty works to the first major exhibition in the Netherlands devoted to the Hajj. Longing for Mecca – the pilgrim’s journey, will be on show from 10 September 2013 to 9 March 2014 at the Rijksmuseum Volkenkunde (National Museum of Ethnology) in Leiden, in collaboration with the British Museum, London.

For hundreds of years the Hajj has inspired rulers and artists to commission or make magnificent objects and over 250 items, ranging in date from the 10th century to the present day, with origins from Indonesia to Morocco, have been gathered together for this exhibition.

The Khalili Collection is rich in textile art and it is one of the few private collections to own a significant number of pilgrimage related textiles. After the Topkapı Sarayi in Istanbul it has the largest group of textiles and objects relating to Mecca and Medina in the world. Made of silk or silk lampas, such textiles are usually richly embroidered in silver and silver-gilt wire, often with verses from the Qur’an. One of the earliest examples exhibited is an embroidered black silk curtain for the external door of the Ka’bah, with the name of the Ottoman Sultan Ahmad I; it was made in Cairo in AH 1015 (1606 AD). 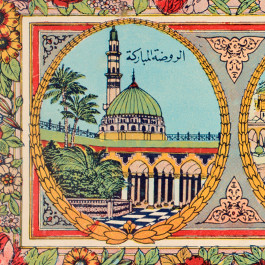 Longing for Mecca – the pilgrim’s journey 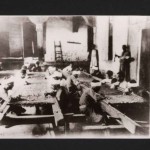 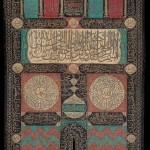 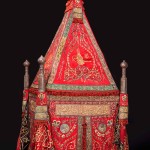 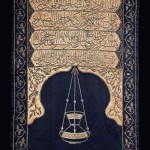 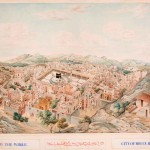 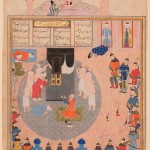 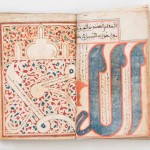 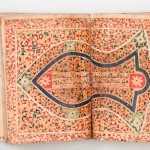 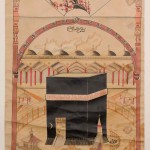 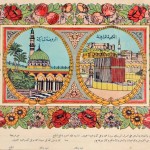 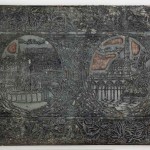 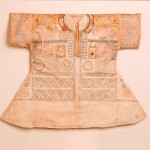 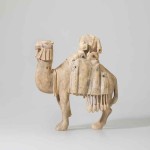