Rug Restoration at the Volkmanntreffen

Ever wondered what the toxins you use to kill the moths might do to you? Ever used Eulan on a rug? Struggled to find the right solution to restore or mount a textile? The participants at this year’s Volkmanntreffen certainly had some good questions. What might have been perceived as an important but boring subject for the event – ‘Conserving and Restoring’ – turned out to be a meeting of animated discussion and in-depth information. Markus Voigt reports: 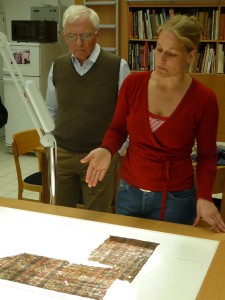 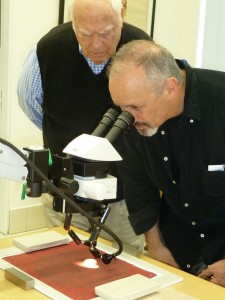 Before the traditional evening opening of the Islamic Museum participants had the chance to visit the new restoration workshops and storage facilities. Under the guidance of Anna Beselin, textile restorer at the museum, we were shown the state-of-the-art installations and could view some beautiful textiles. In the new storage rooms we could glimpse some of the most wonderful rugs of the collection not on permanent display. A chance was provided for aspiring restorers to get some first-hand tips, but there was also a taster of the next days’ discussions about different attitudes to restoring. For example, the question of pressure mounting: yes or no? 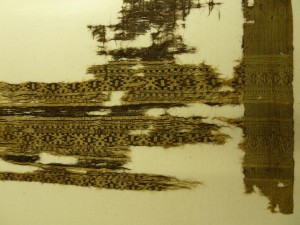 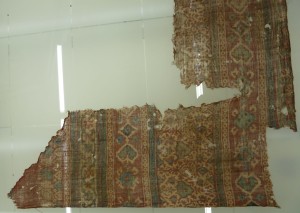 The opening itself involved a fascinating talk from Regula Schorta of Abegg Stiftung fame, which shone light on the less-well-known history of textile conservation and the most important personalities in the field. But there was also much about progress within restoration methods and different approaches to conservation. 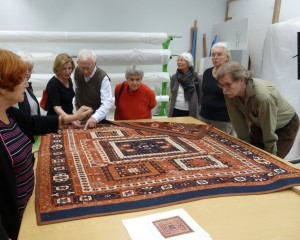 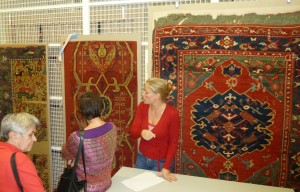 The theme was taken up the next morning by Anna Beselin in her talk about ethics in conservation. She offered an interesting insight into how the ethics evolved and showed us the ‘Pentateuch’ established by Katrin Janis. 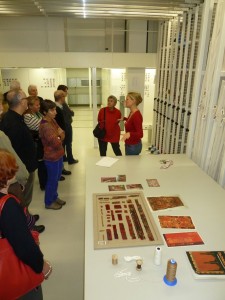 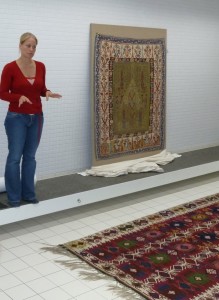 The contamination of textiles by old pesticides and the potential threat to humans was dealt with in the next talk, by Dr Elena Gómez-Sánchez. This is of particular concern to restorers, who have to work for days and months very closely with something that might have a very high DDT content. I also had second thoughts about my children playing on antique rugs with old ‘Eulan’ labels. 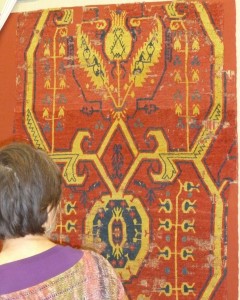 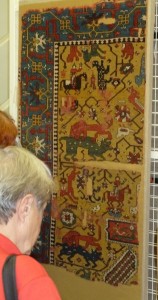 Regina Knaller from Vienna showed us her work on textiles in the shrine of Buddah’s finger in Xian. Only recently opened, the shrine contained a group of wonderful Tang textiles, some of which were shown for the first time in public. 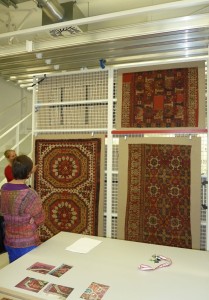 For German ears Anglo Saxon speakers are often the most eloquent and entertaining; this was certainly the case with Paul Hepworth, who spoke about his work preparing the Topkapi textiles for the ICOC 2007 in Istanbul. Placing special emphasis on the previously unknown patchwork bohças and their different textile qualities, he highlighted how differences of opinion between him and his Turkish employers affected their approaches to restoring. In the cases he presented I most often sided with him, but I also had some points of agreement with his Turkish counterparts. 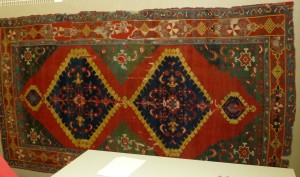 In order to show us how far opinions can be divided he presented images of some pottery fragments of a Greek vase belonging to the Getty Museum. They had to decide how to put the shards into the most likely shape of the original vase. As there were relatively scant remains, the design was pretty unclear. They therefore arrived at a decision only after studying all surviving works by the Greek artist and making the best-informed deductions they could. Here I was very strongly in agreement with an archaeologist who said that the fragments have been better left alone. 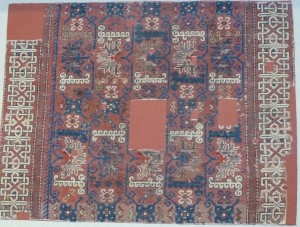 Next on program was a video describing the washing process of the LACMA Ardabil in Hampton Court. It was interesting to watch; however, even though the footage wasn’t especially old, the colours of the film made the carpet look like a 19th-century Kerman copy.

At the end of the day Anna Beselin was asked again to the podium to explain to us what the simple act of visiting a museum can do to the objects. This covered everything from dust to a recent spitting attack on the rugs. Apparently museum dust is mostly made out of the fibres of visitors’ clothing, which apart from anything else dramatically raises the humidity during wet weather periods. As someone who spent half of his live visiting museums, I have to admit I was quite often annoyed by their varying clothing regimes. This information left me in a more understanding frame of mind. 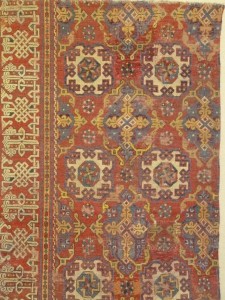 I was still puzzling over the perplexing thought that someone out there might feel so strongly about carpets (or maybe just about the classical ones) that he feels the need to spit on them. But it was revealed that most likely it was a dare from some juveniles.

The next morning Michael Bischof shared some of his vast knowledge about dyeing with us. He showed examples of fast and not-so-fast modern dying with natural colours, adding a warning about the dire effects of wrong washing on the colours of antique rugs. The Treffen was then concluded by three young textile restorers joining forces to talk about their workshops and experiences with textile objects. 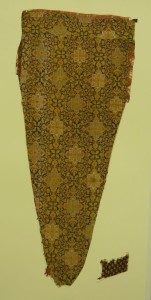 Christian Erber had again organised a highly successful meeting. It offered fresh insight to the regulars but also opened up the Volkmanntreffen to new blood – because of the subject, there were a good dozen new participants. For them and the old hands it would be invaluable to have the papers in print at a later date, as Christian suggested. 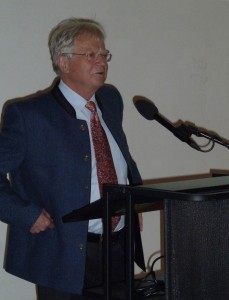