Christie’s sale of Arts & Textiles of the Islamic & Indian Worlds at South Kensington on 11 October includes the first Bukhara large-medallion suzani to appear at auction for six years, estimated at only £20-30,000. 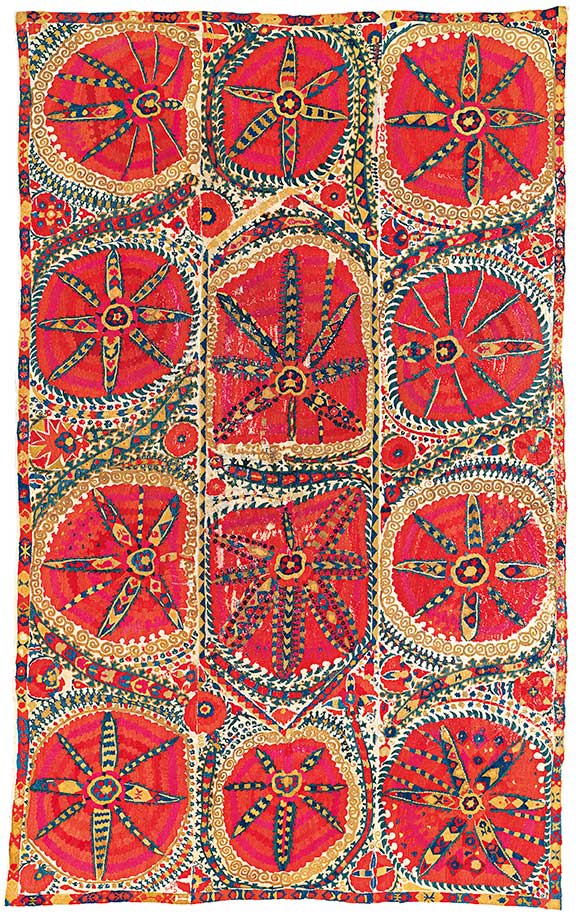 Bukhara ‘large-medallion’ suzanis are an elite class of textiles that has yielded a wide range of prices over the years, almost always expensive. Since 1978 when the first handful of examples was defined by Michael Franses and Robert Pinner in the first issue of HALI, some fifty LMS have emerged, sufficient to form a coherent group that divides into subgroups with a variety of proportions. There are those with a giant medallion consuming the field, leaving room for only a narrow outer stripe. Others have huge borders that dominate a smaller field. Some are almost too bold to live with, while others have a more gentle character. Some are closer to the wider Bukhara style, while others have merely borrowed a few details (see M. Franses, The Great Embroideries of Bukhara, 2001). According to our files fifteen LMS have come under the auctioneer’s hammer since the early 1990s, with prices ranging from lows of $7,660 (Ader Picard Tajan, Paris, April 1991) and $6,610 (Tajan, Paris, March 1996), to a high of $119,405 (Rippon Boswell, Wiesbaden, November 1998). The most recently sold, at RB in May 2007, is the second most expensive example on record at $106,175. 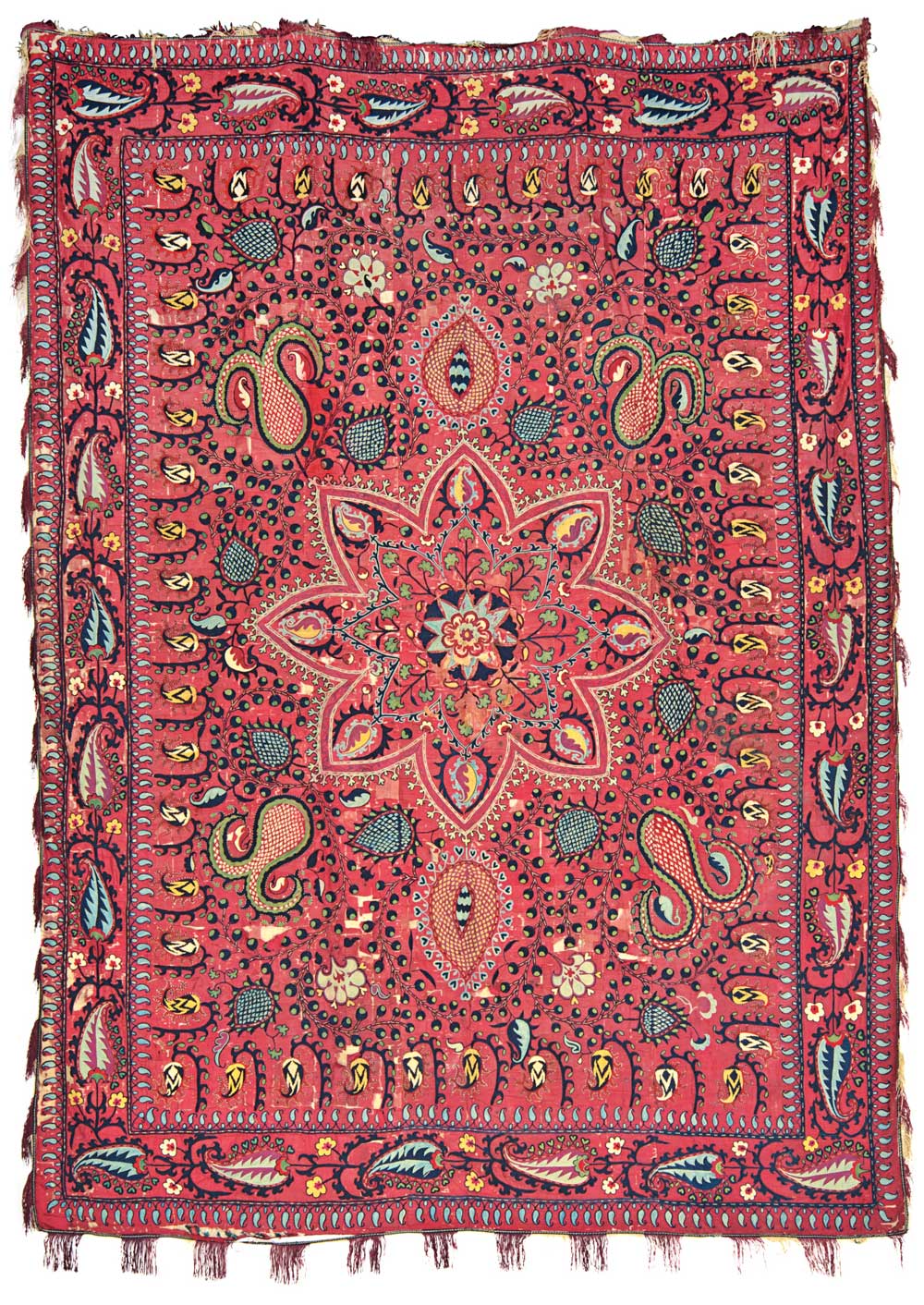 The CSK sale also includes a dramatic silk ground ‘Lakai’-style Shahrisyabz embroidery, as well as a wide variety of other 19th century textiles from Central Asia, Turkey and the Balkans, Persia and India. 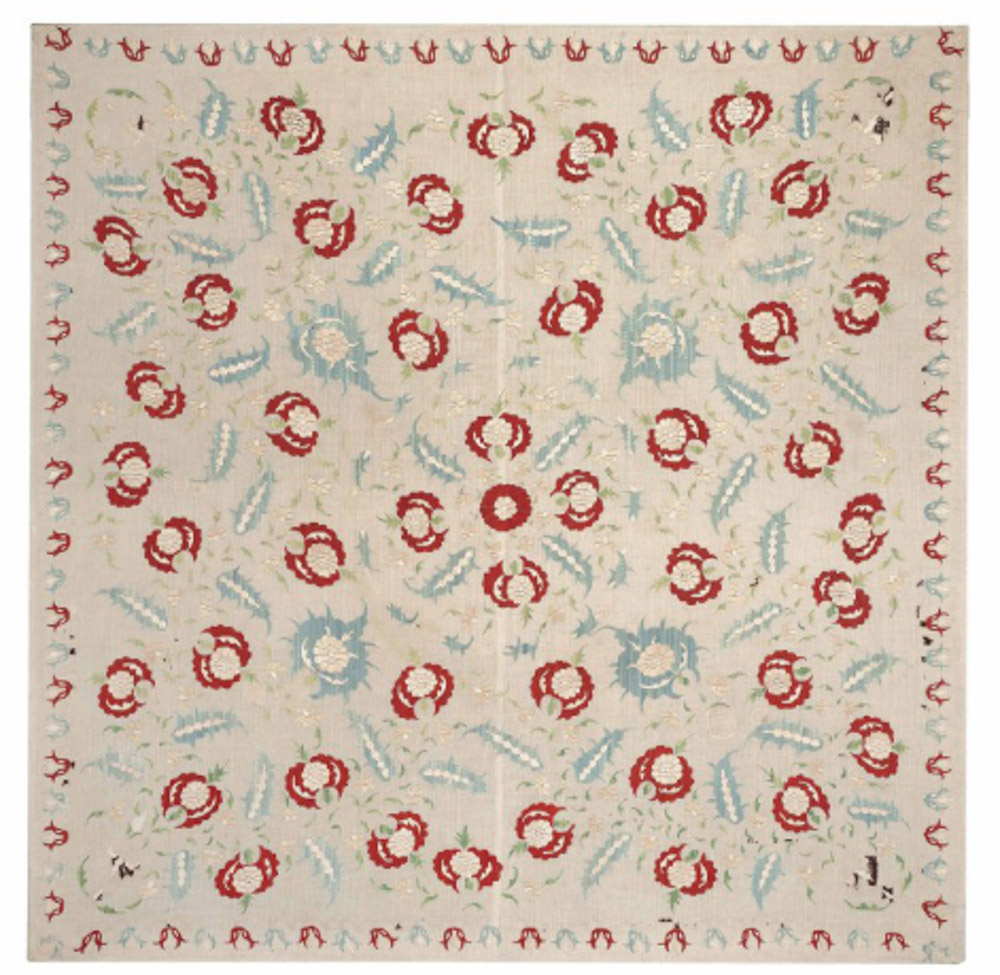 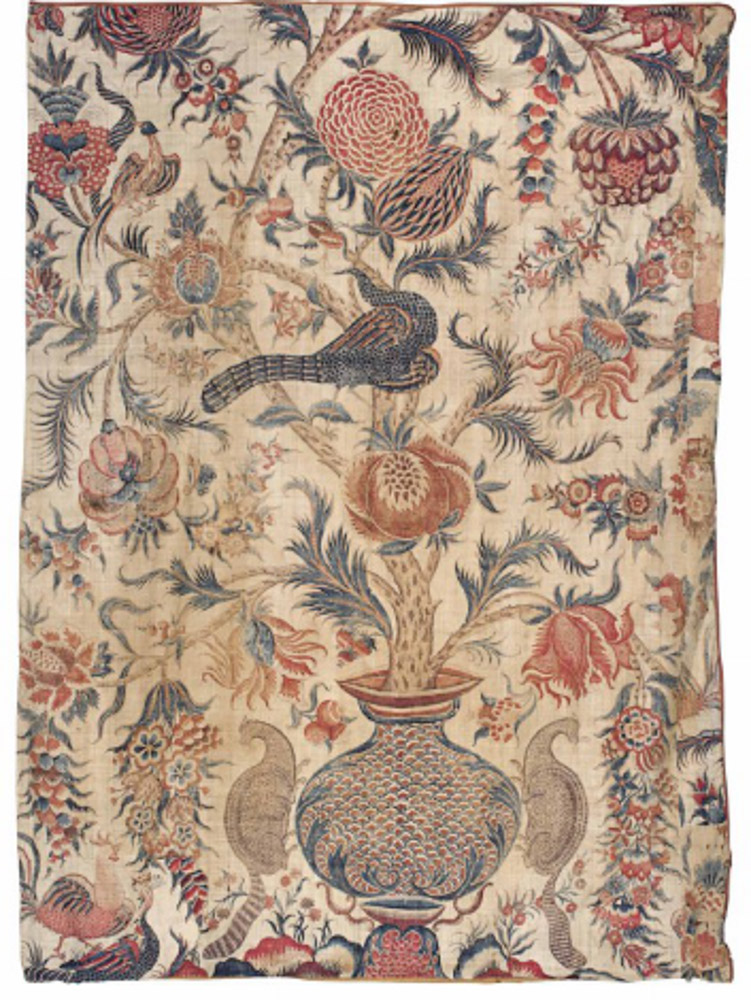 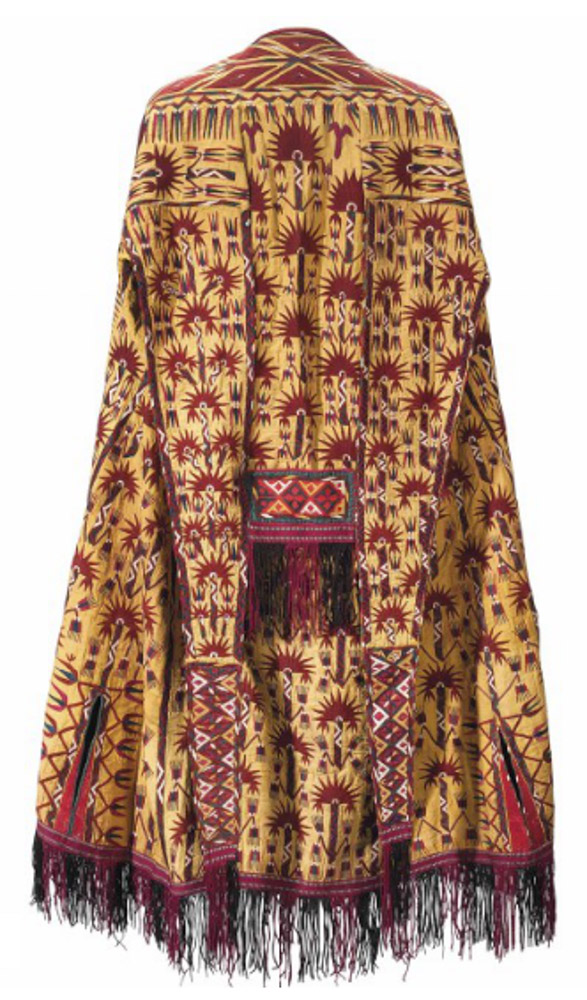 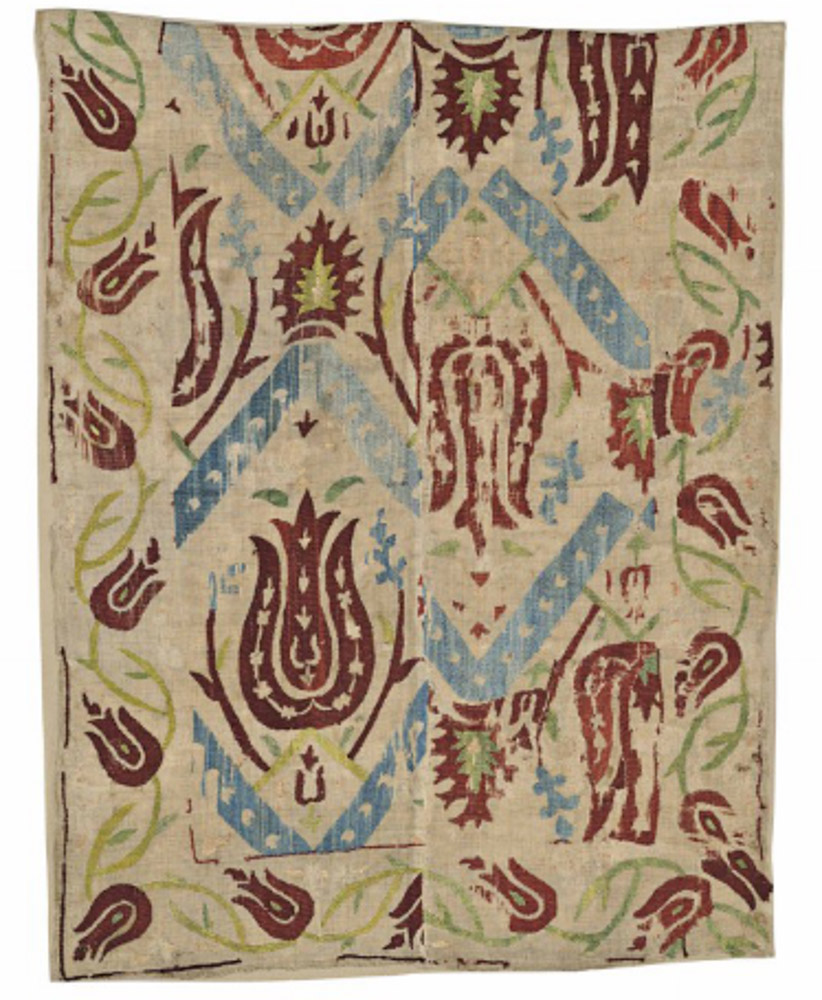 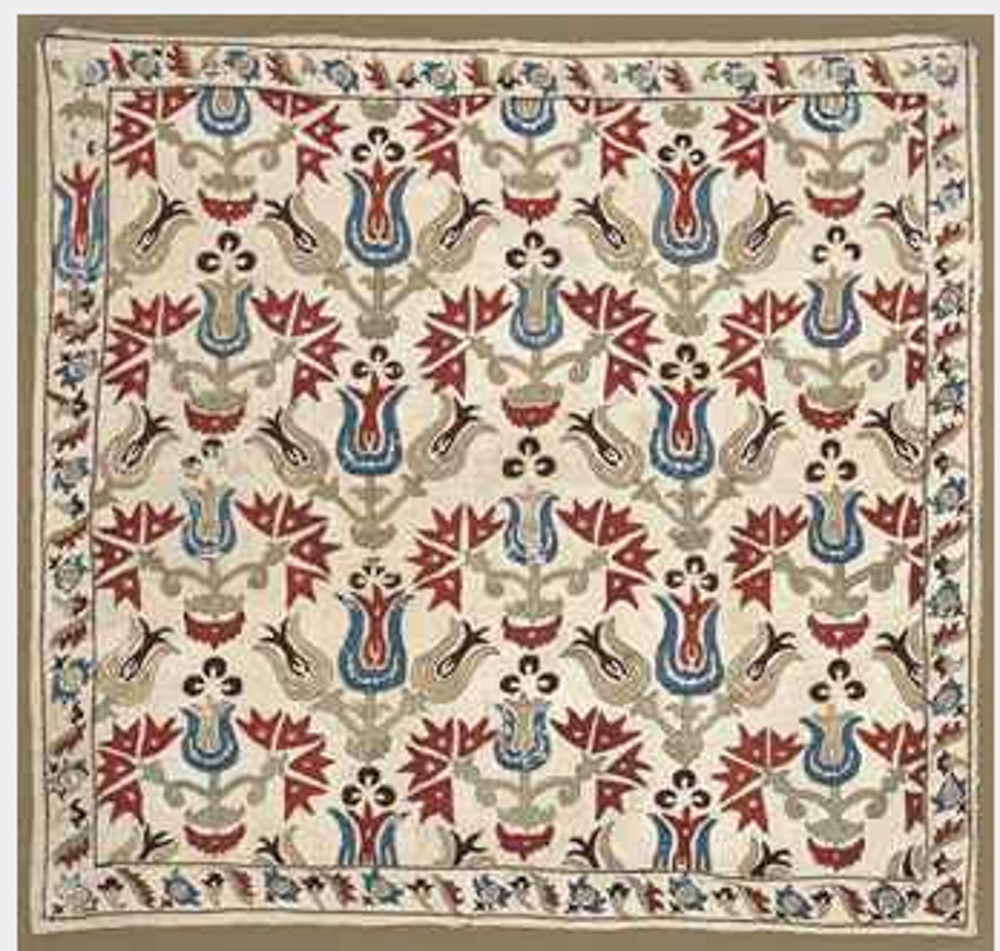 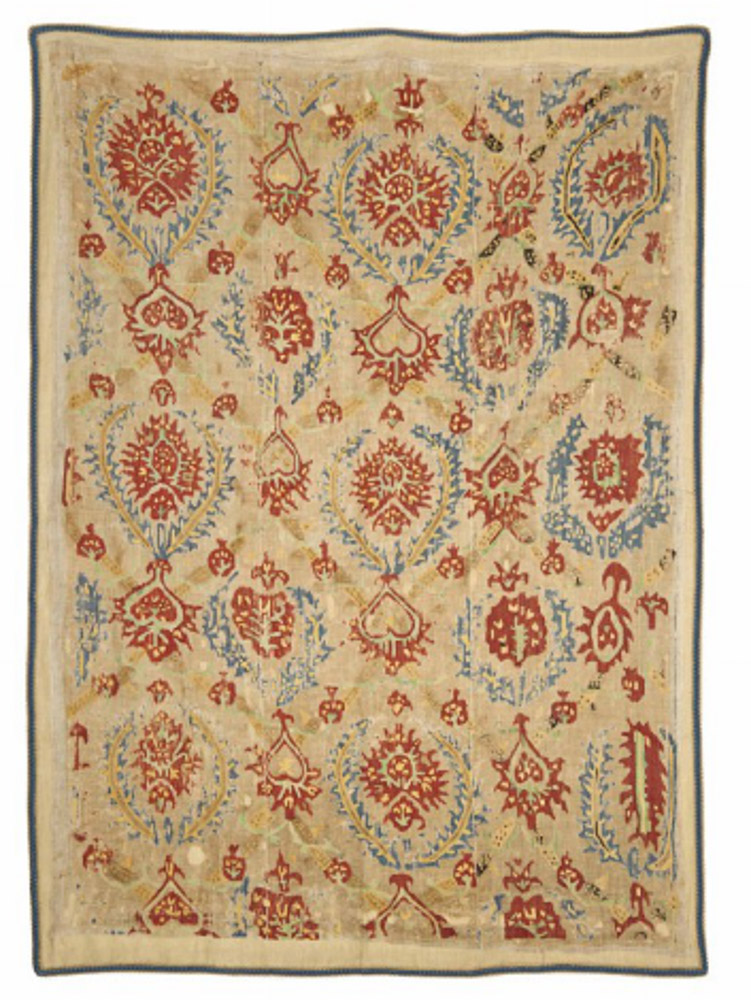 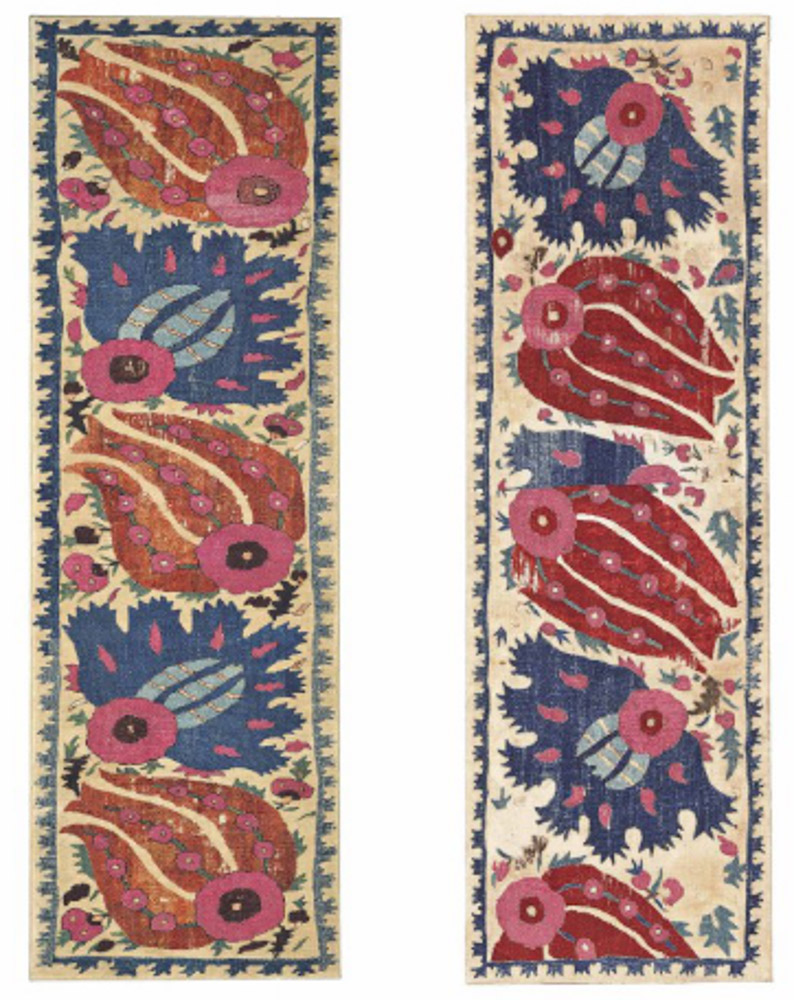