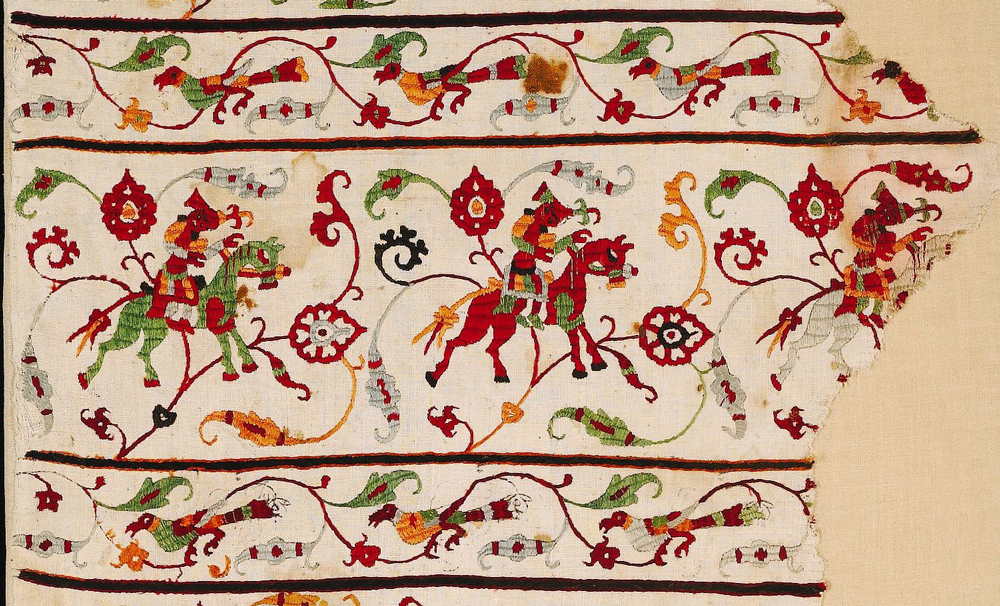 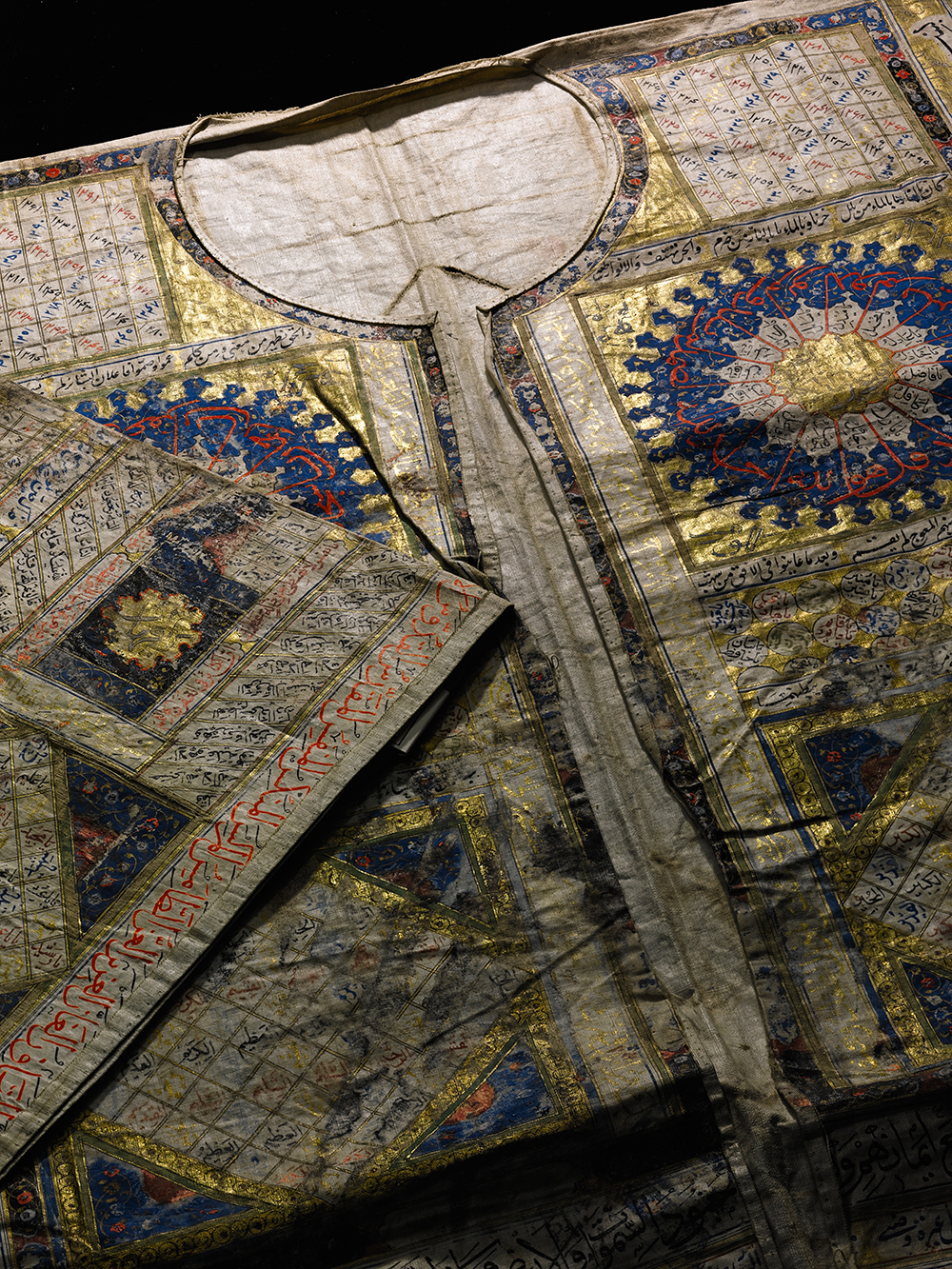 On Wednesday 7 October, in Sotheby’s New Bond Street’s Arts of the Islamic World sale, the textile highlights should be lots 312 and 313. These two rare embroidered textile hangings, the first with floral roundels, the second depicting mounted ‘Amazons’, both C-14 dated to the 14th century and attributed to Afghanistan or eastern Iran, will be familiar to some readers from their appearance during ‘Asian Art in London’ in November 2001 (HALI 120, p.113). They are estimated to make £60-80,000 each. In the same SLO sale, and with the same expectation, lot 315 is a superb Ottoman talismanic shirt, dated 1583, formerly in the collection of Theron J. Damon and exhibited in 1954 at the Fogg Art Museum in Cambridge, MA, while among other Turkish textiles, lot 426 is a 16th century Ottoman silk and metal thread lampas robe, estimated at £8,000-10,000.

The following day, Thursday 8 October, sees Art of the Islamic & Indian Worlds at Christie’s King Street, where a large 17th century two loom-width Ottoman çatma panel with the çintamani design is expected to sell in the £30-50,000 range, despite being rather worn. Also on offer in this sale, rather than at South Kensington the next day as might have been expected, is an ‘important’ late 17th/early 18th century Coromandel Coast chintz palampore, lot 170, estimated at £50-80,000, which was last sold in Paris in 1991 (HALI 58, p.157).

The sales come to a close on Friday 9 October with Arts & Textiles of the Islamic & Indian Worlds, at Christie’s South Kensington. In addition to the customary CSK selection of Uzbek suzanis, none of which stand out this time around, lots of interest include a large Deccani silk and metal thread embroidered panel, lot 138 (£7,000-10,000), and a very worn but still beautiful Mughal velvet border fragment with a floral lattice design, lot 142, which may belong to the same textile as a panel in the V&A, and is expected to make £2,000-4,000. 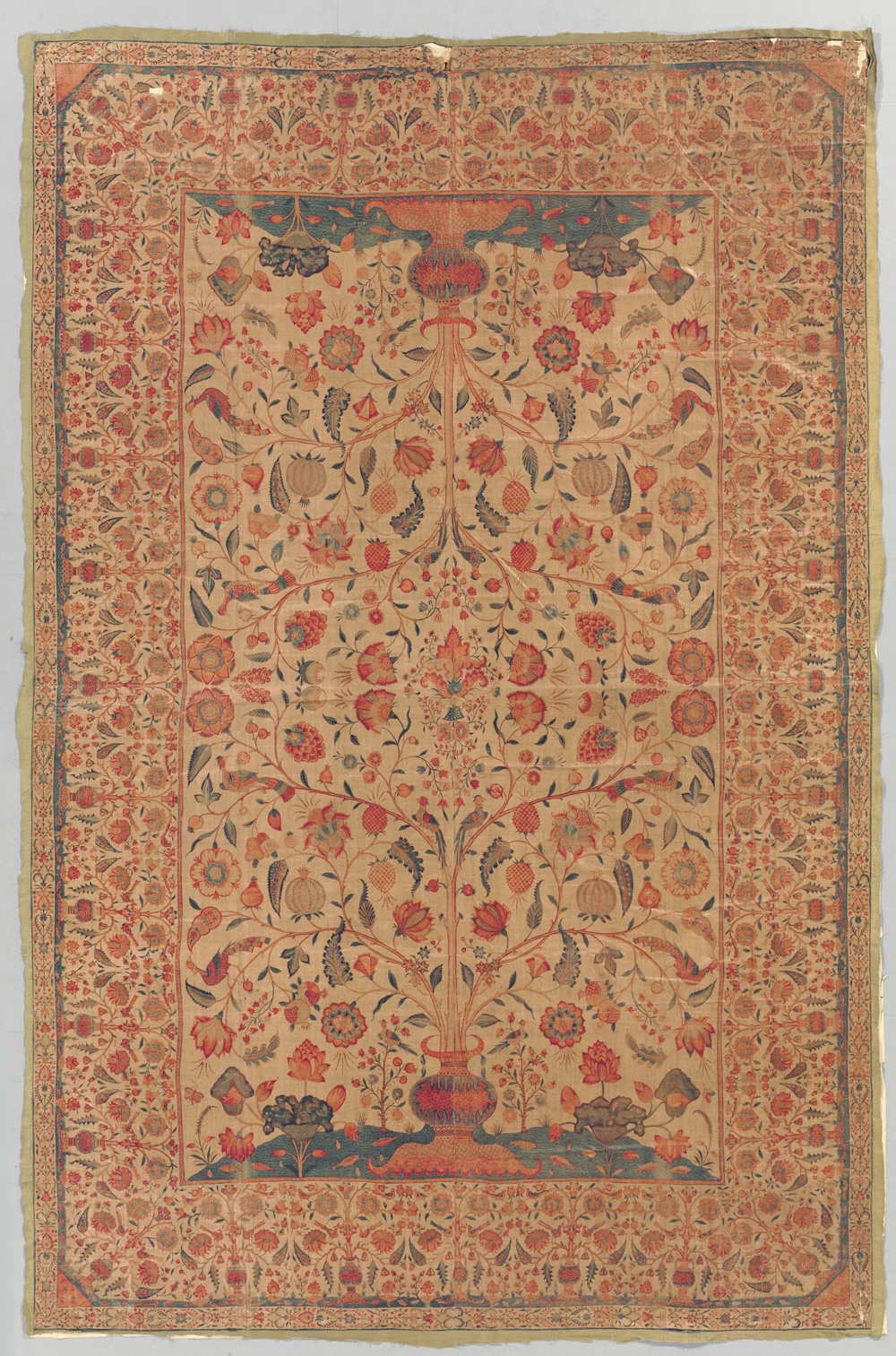 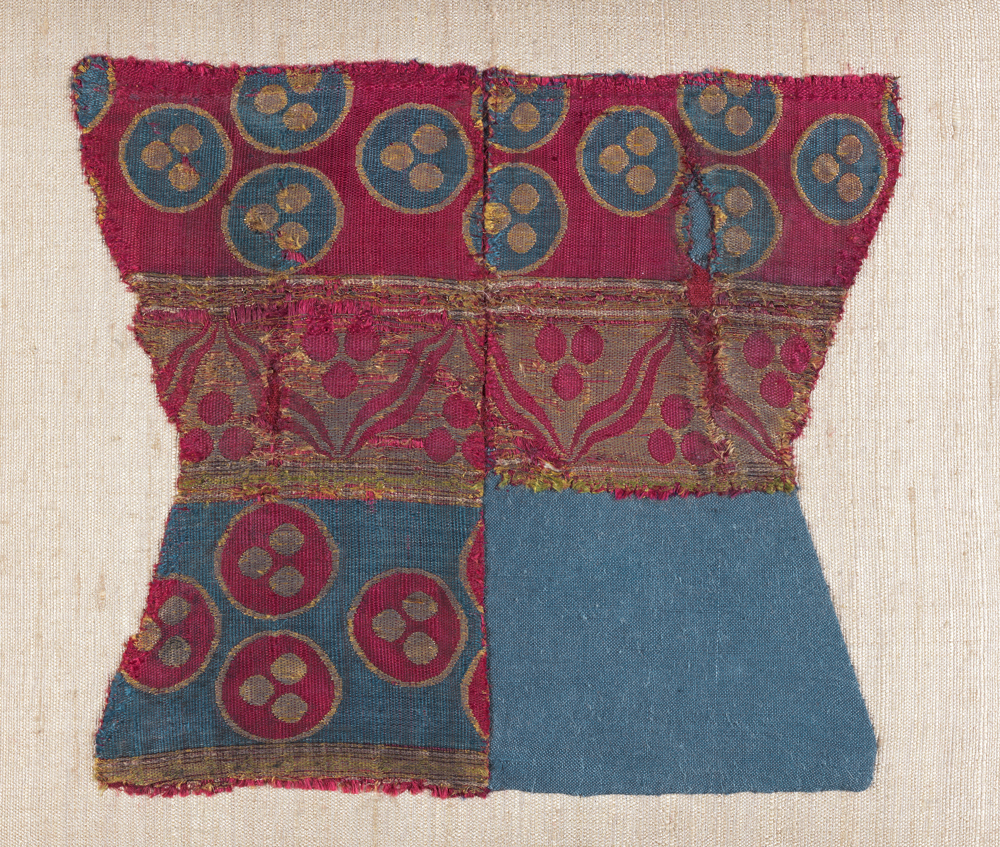 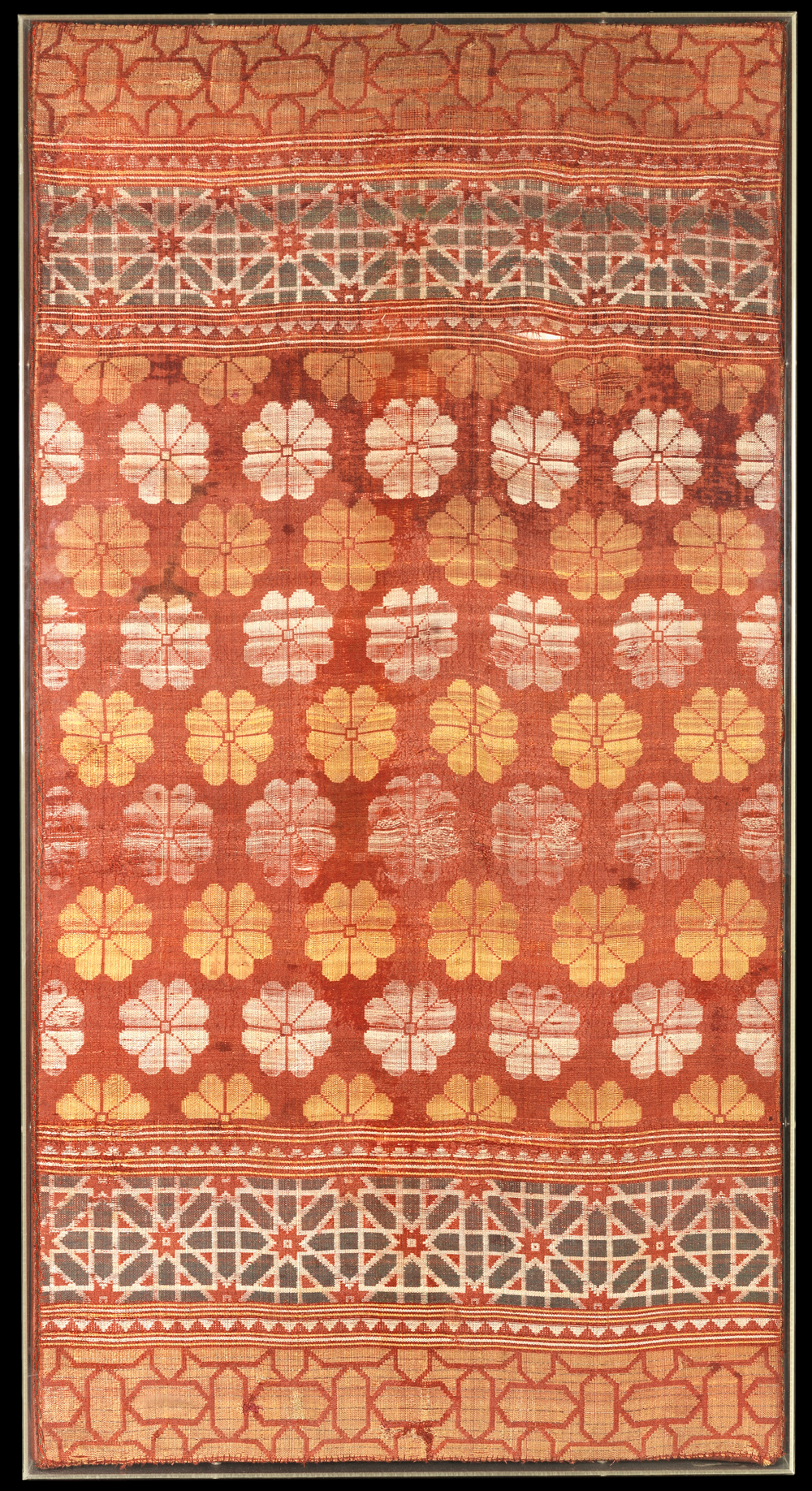 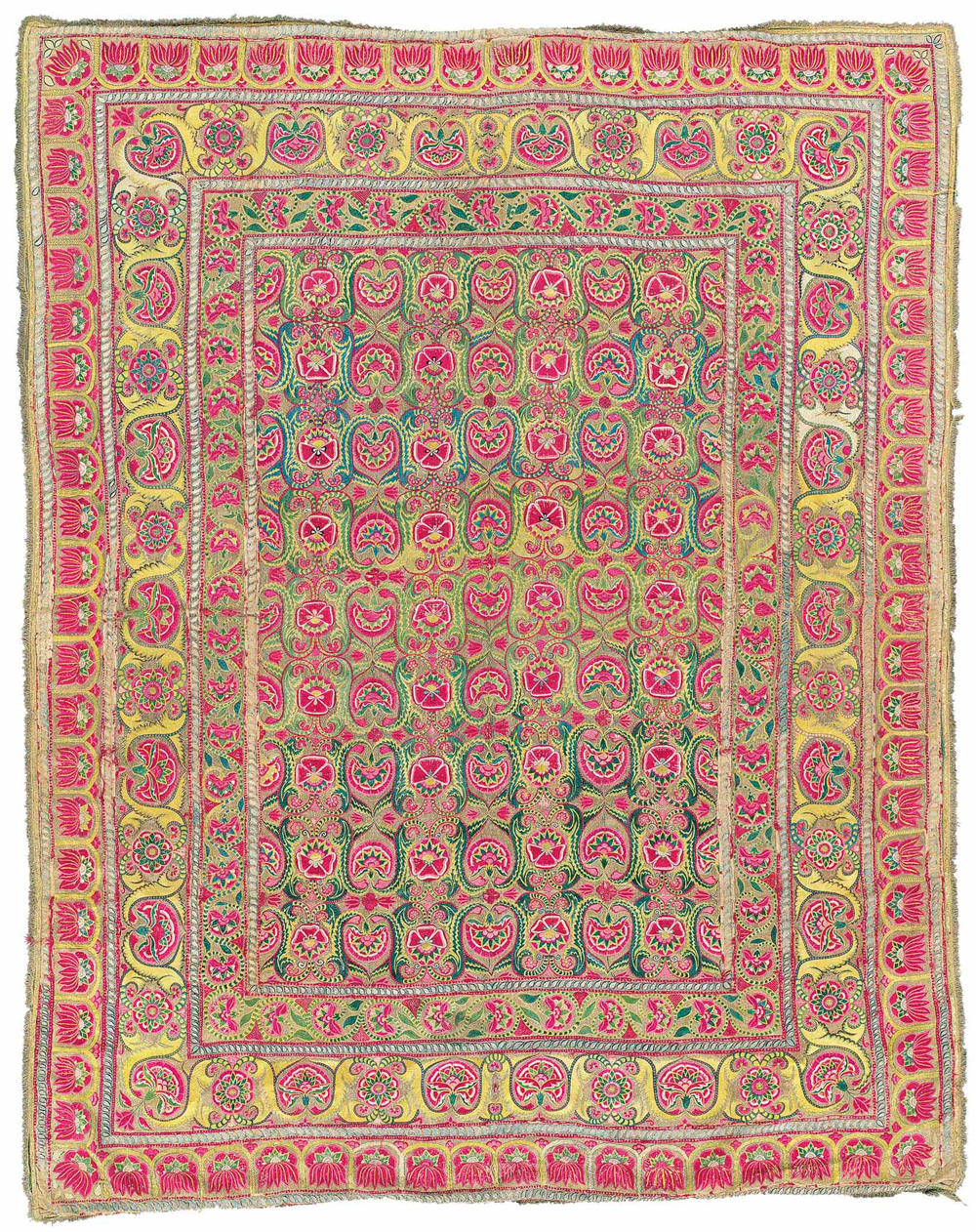