A new mark for a Chinese carpet was set at Christie’s in New York on 11 December 2014, one of six world auction records set during the ‘Exceptional Sale’, by this Wanli period Ming Imperial double dragon carpet fragment. 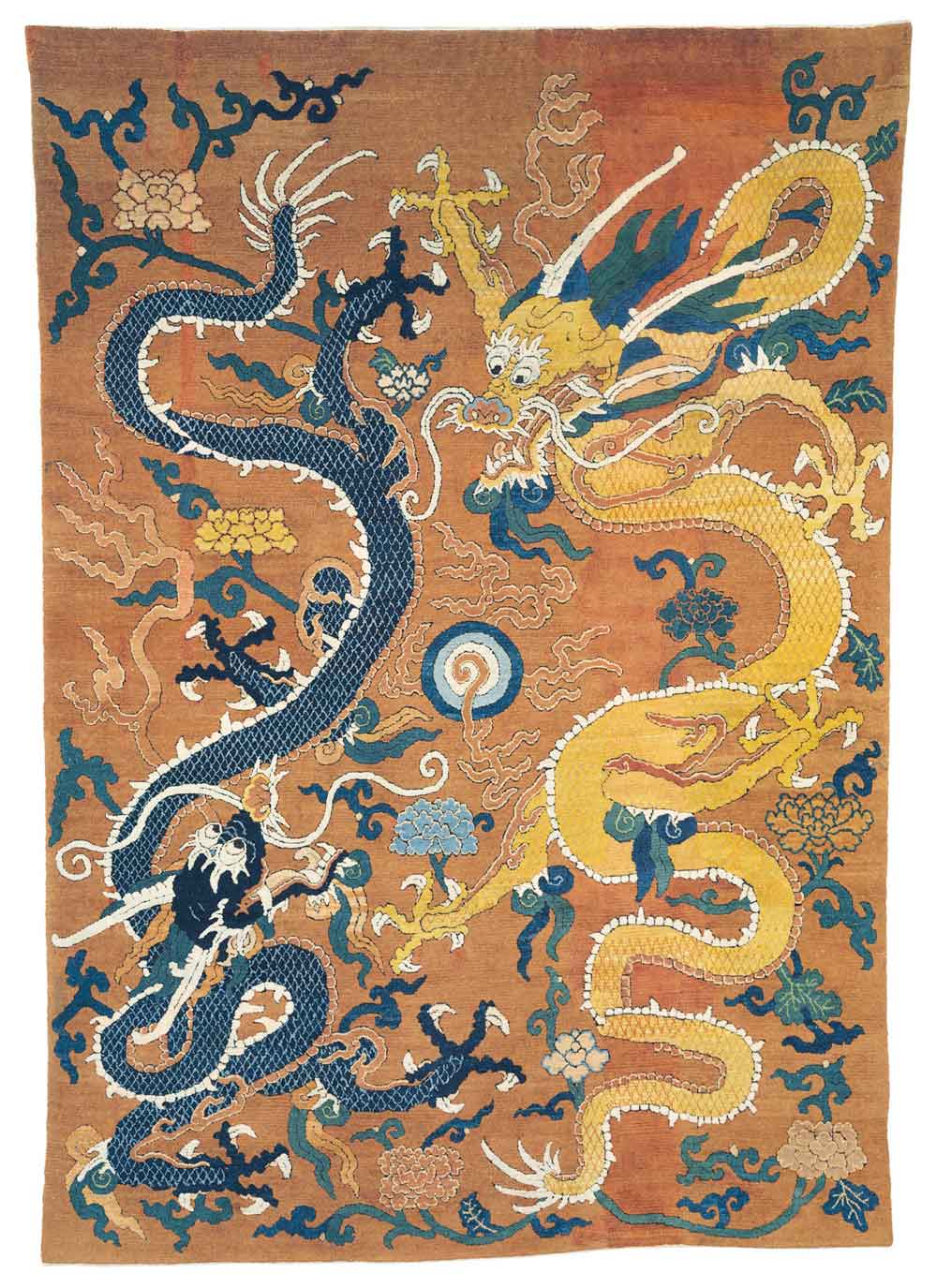 The carpet sold to an anonymous buyer within its $600-800,000 estimate for $665,000. A complete large field section, but missing its broad and beautiful borders, it originally came from the Forbidden City in Beijing, where an identical pair with borders remains (below). 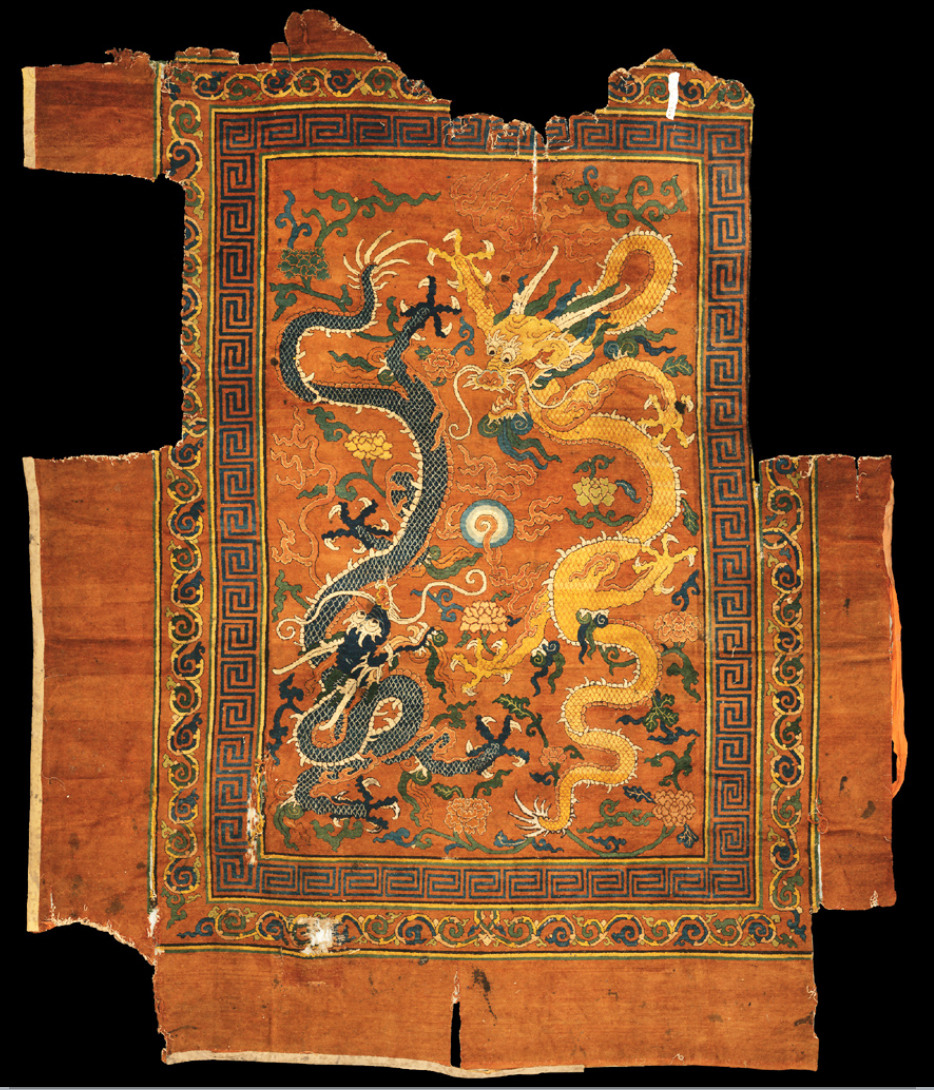 The CNY fragment was exhibited in Beijing in 1992, and subsequently consigned by the Chinese authorities to Sotheby’s in New York, where it sold for $68,500 (22 September 1993, lot 219, HALI 72, p.129). At the time we wrote that it was an excellent example of type that sold for a price which, given its rarity, beauty and art historical importance, was a bargain.

We also pointed out that: “This distinctive early group of Ming carpets does not have cotton and/or hemp warps. Most actually have silk warps, but an unusual silk, very thickly cabled and of a coarse, flossy, appearance that could easily be mistaken for cotton. We watched one leading scholar analysing an example and refusing to believe the warp was silk until, in frustration, the owner clipped off a small bit and burned it under his nose!” This fact has since been confirmed by those who have handled and analysed the carpet in the interim, yet Christie’s cataloguing persisted in identifying the warps as cotton.