Richard Mull writes: Tom Cole’s home/gallery in San Rafael, California, with the regular receptions and exhibitions he hosts, is now something of an anachronism in the Bay Area rug world.

The local tribal rug and textile art scene, once known for frequent lively exhibitions, reached its zenith in the late 1980s and early 1990s, the heyday of Michael Craycraft and Anne Halley’s Adraskand Gallery in nearby San Anselmo.

Cole’s current exhibition of antique Central Asian textiles (by appointment) until mid-December 2013 is geared to both experienced collectors and those newly interested. Both sorts of attendee could be found in surprisingly large numbers at the reception held during ARTS in in mid-October. Thoughtfully presented, the objects featured were complemented with historical photos and, at times, lengthy explanations covering their use and the aesthetic merits one sees in a single textile or weaving. 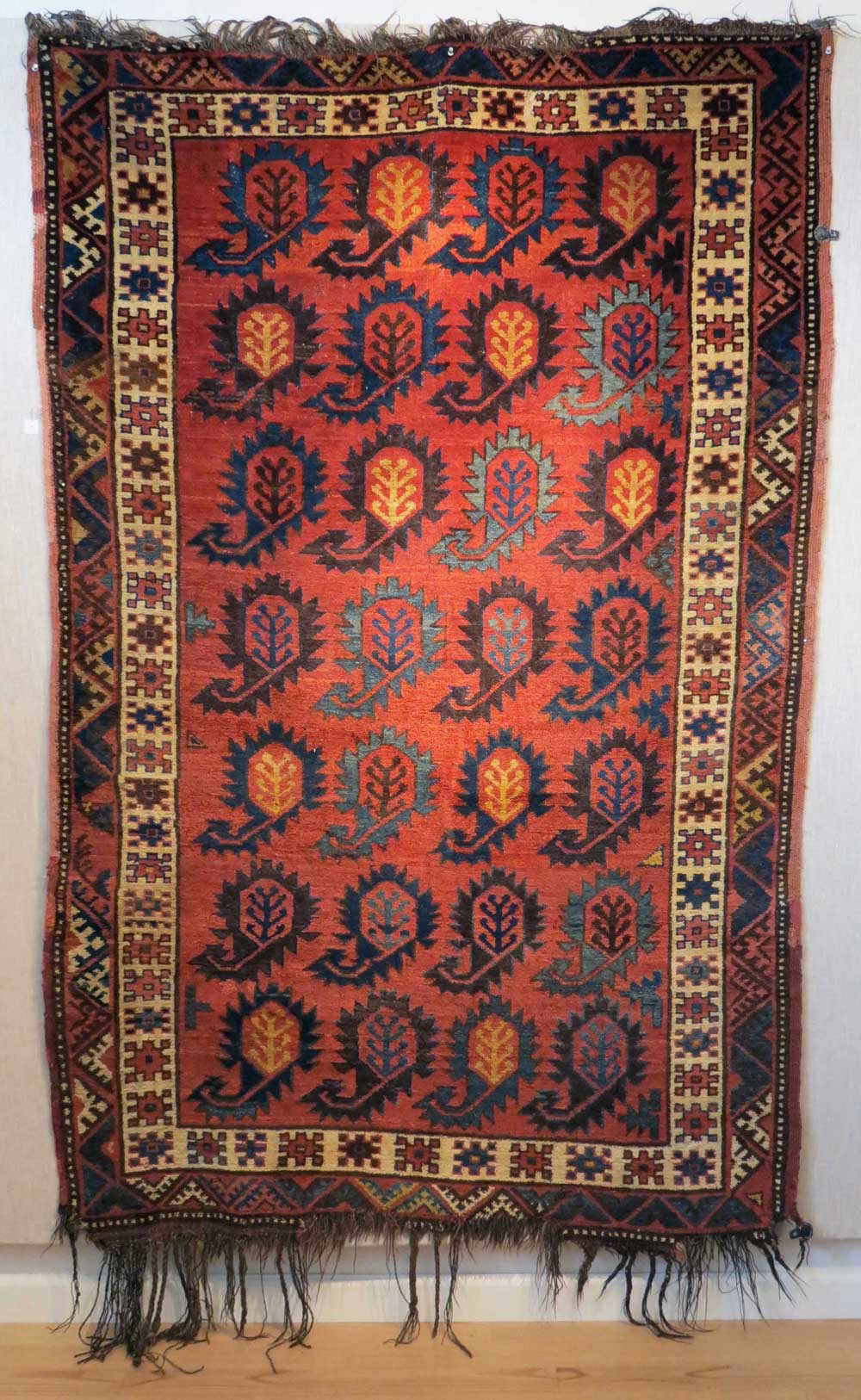 The show is short on pile weavings, with an emphasis on textiles, including silk embroideries and ikats. Of the three pile weavings on the walls, two were deemed by a group consensus to be world-class examples of type. Included were a Kirghiz boteh-design rug as well as a tauk nuska-patterned Uzbek rug of a type that has been referred to in the past, perhaps mistakenly, as Karakalpak. 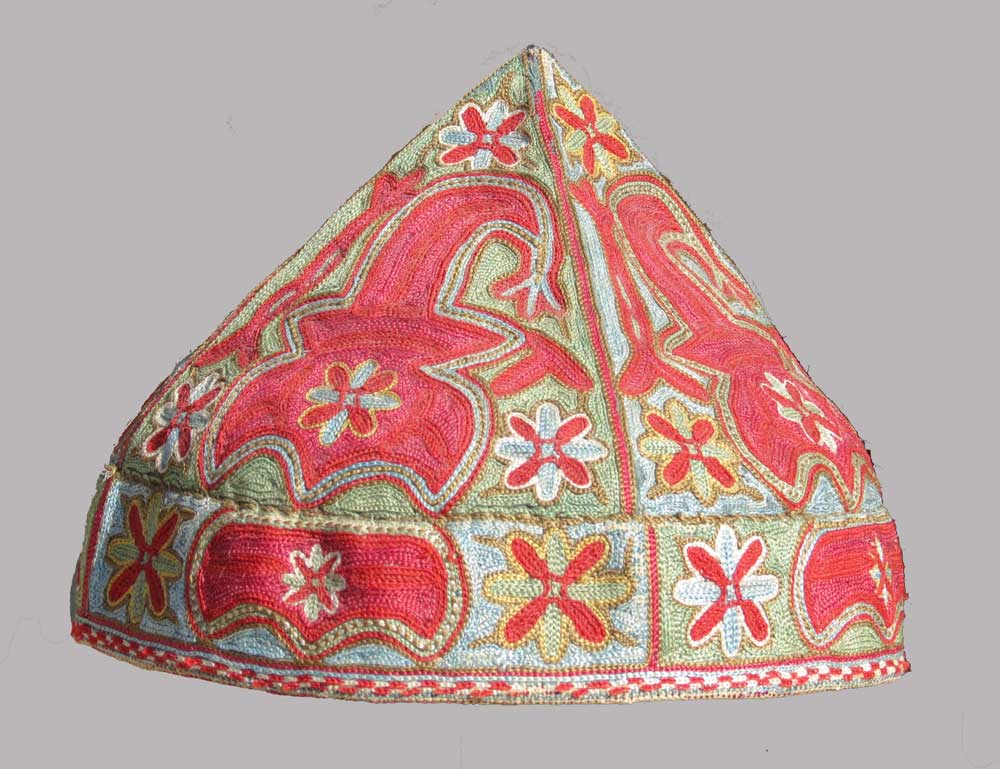 One of a pair of Uzbek silk ikat panels

Many of the embroideries are exceptional, among them a small square Shahrisyabz  purple silk-ground specimen of a quality unseen in the literature on the subject, as well as a classic Kungrat piece. Also of note were two wonderful embroidered hats: one a classic Shahrisyabz type and the other a mystery piece, but still impressive artistically. The ikats cover a wide range of examples, from rare and collectable (including a ‘tree’ design on a white ground, with a very finely drawn pattern) to decorative pieces that were accordingly priced. 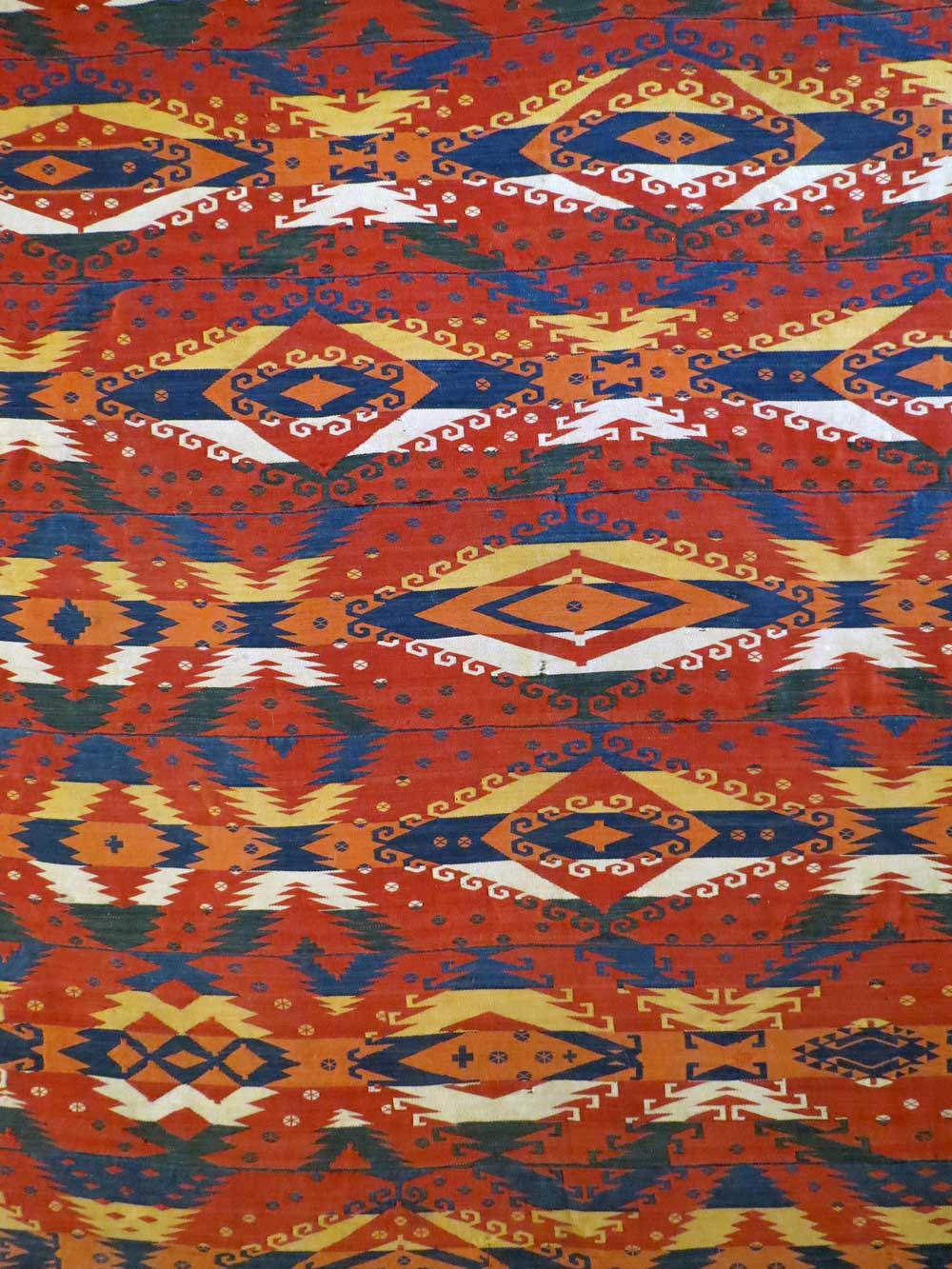 Though only two flatweaves were on offer, one is truly outstanding. It was woven in the gajari technique, with a liquid pattern that flowed across the surface of the piece. There was thus none of the disjointed feeling that kilims may sometimes impart to the viewer.

Tom’s comfortable, dedicated space allows him to mount pieces as they were conceived in his mind’s eye. They have ample breathing room and truly glow.