Welcome to ‘Sartorino’. This year, the annual Sartirana Textile Show will celebrate its 15th anniversary with a special event in a grand historical exhibition venue in the northwest Italian city of Turin, rather than in the bucolic La Pila venue at Sartirana itself.

In addition to an impressive roll-call of more than thirty European rug and textile art dealers, mainly from Italy, but also Germany, Switzerland, Holland, the UK, France and Turkey, as ever the fair promises a host of noncommercial ancillary exhibits and activities. 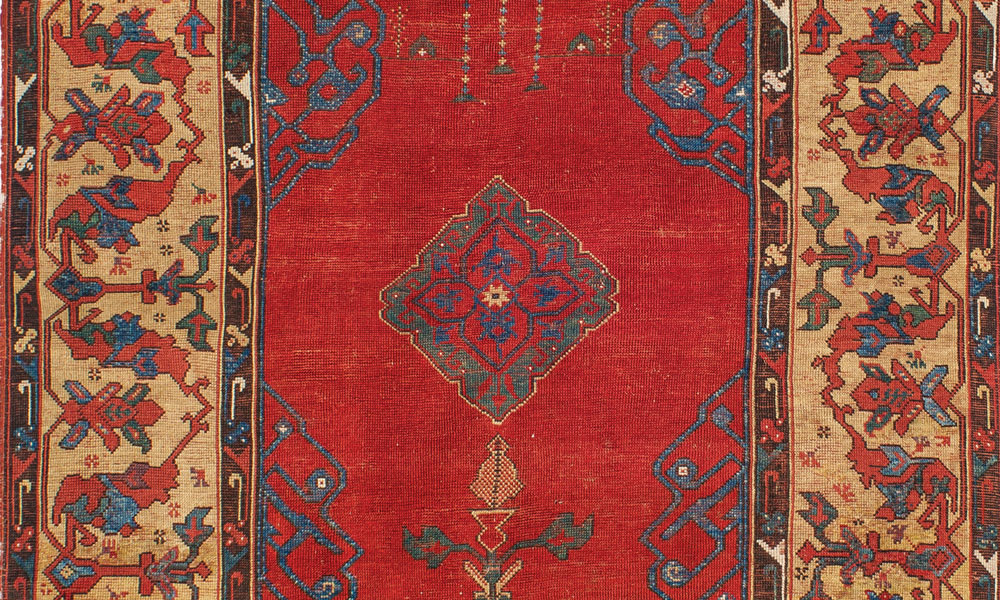 Notable among these is the loan display of a well-known 16th-century small-medallion Ushak rug (detail, above), once in the Christopher Alexander collection and latterly belonging to the wellknown businessman and art collector Francesco Frederico Cerruti, who died in 2015. His collection of more than fifty classical oriental rugs, as well as almost 300 major non-textile works of mainstream contemporary painting, sculpture and furniture, was bequeathed to an eponymous foundation, and since April 2019 has been on view by appointment at the nearby new museum complex of Castello di Rivoli.

The urban venue for the show has encouraged wider than usual participation, with the inclusion of leading Turin dealers such as Maurizio Battilossi, while Taher Sabahi will mount a display of Persian vagireh (carpet design samplers) from his collection.

Farzin Mollaian from Ferrara will show a selection of Chinese late Qing dynasty silk and metal thread so-called ‘palace’ carpets, inscribed with locations in Beijing’s Forbidden City for which they were made. 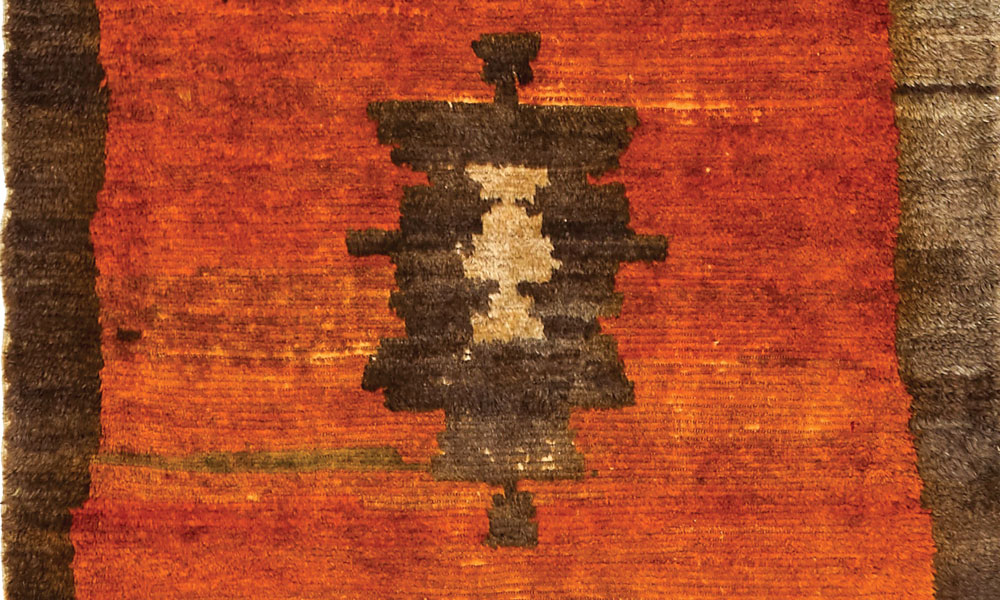