‘Textile Healing’ opened on 28 January,  at ‘The Vault’—, the ancient Roman cellars of Alberto Levi Gallery, Via San Maurilio 24, Milan. Organised by Alberto Levi Gallery in collaboration with Mero Matters Fine Arts, the exhibition is open until 12 March 2022.  It aims to investigate the process of creation as a moment of healing, learning, meditation, and redemption, through the observation of rare and unexplored objects realized with various weaving techniques’. All except one of the nineteen exhibits are textiles made by unknown weavers, catalogued with dates between the 15th to early–20th century. Besides a Berber ceremonial headscarf, Ottoman kilim fragment and a Spanish tapestry fragment carbon dated to AD 1390-1510 (94% certainty) are many pile woven pieces. 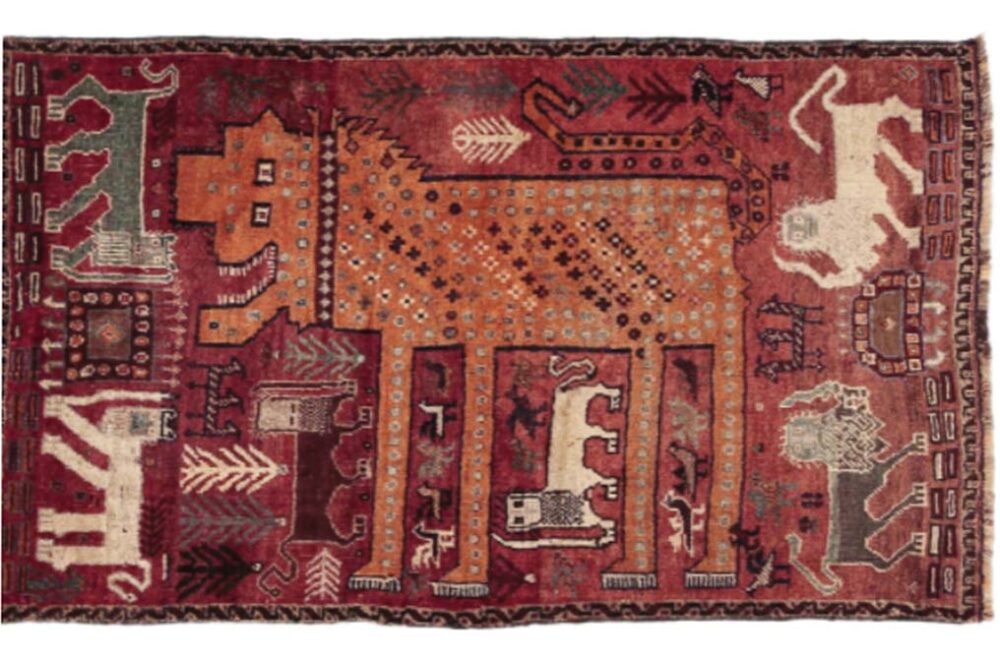 An early East Turkestan rug (below) is notable for having only two niches, ‘the outstanding palette, consists of three shades of red, blue and green, balanced with the mastery of an experienced weaver, imparting a translucency similar to Medieval glass mosaics.’ Among the Anatolian rugs are a playfully drawn yatak from Konya and a Tulu prayer rug from Karapinar. From Persia, is a lion rug of the type first introduced to a wider audience by the artist and collector Parviz Tanavoli in an exhibition shown in the US 1974-1975. 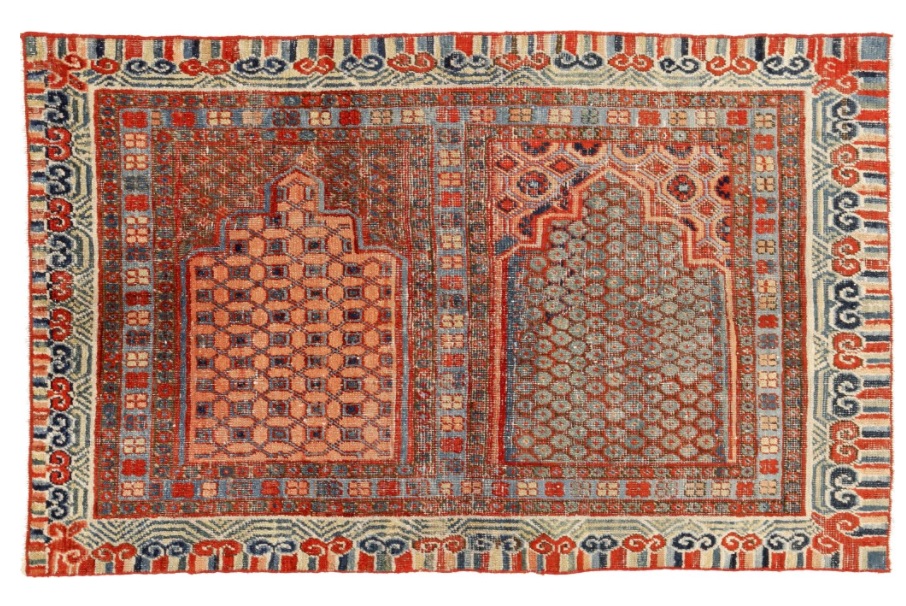 Also on show is a fragment of the famous Tiffany carpet: a grand late Ming-period Chinese imperial palace carpet—reputedly used by the Dowager Empress Cixi before the Boxer rebellion and latterly associated with the American Art Nouveau designer Louis Comfort Tiffany who owned it for more than thirty years (HALI 206) 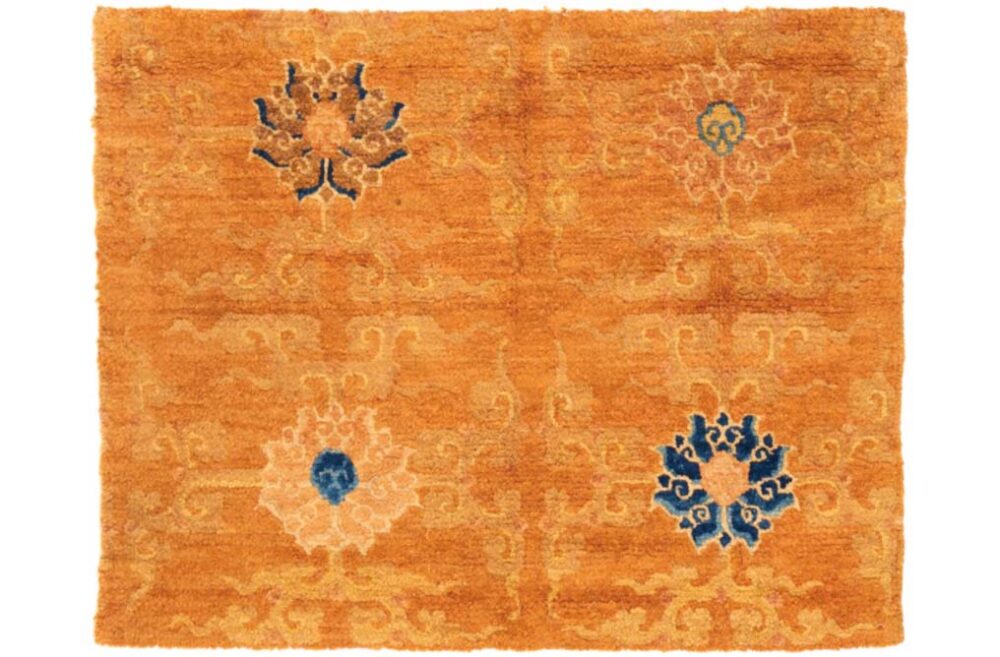 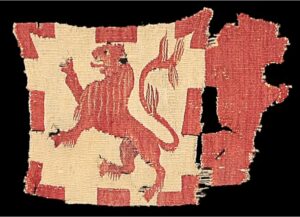