The high tone of this book is established from the start. The opening dedication is to Peter Collingwood, a legendary textile scholar, author, weaver/maker and member of the Early Textiles Study Group; his work involved in-depth analysis of complex textiles as well as experimental replication of weaving techniques found in archaeological textiles. In testament to Collingwood’s vision, Crafting Textiles delves into archaic textile forms, following a chronological timeline beginning in Bronze-Age Austrian salt mines and culminating in medieval spinning.

The book, brilliantly edited by Frances Pritchard, is divided into four sections: tablet weaving; sprang; braiding and lace making; and spinning. It features contributions from an international group of leading textile scholars. By utilising technical and scientific analysis, historical contextualisation and reproduction techniques, these authors expand on existing research and elucidate recent developments. 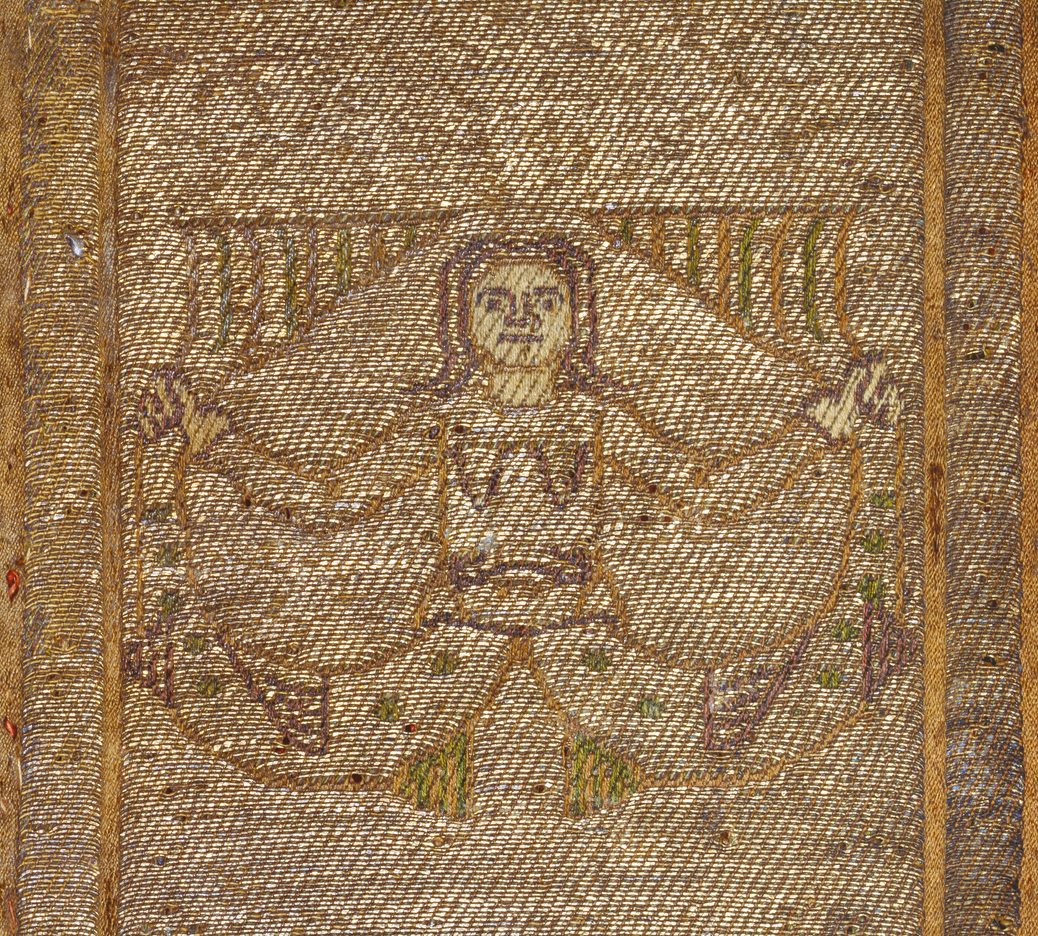 Claire Gérentet-de-Saluneaux and Fabienne Médard take us into Late Antiquity with their chapter, discussing a fascinating and surprising technique. They consider the use of weaving tablets in making headdresses in Egypt during the Roman and Byzantine eras, focusing on ‘a bourrelet from Antinoöpolis’. Through meticulous re-creation of historical craft techniques the authors decipher how these rarefied headdresses were composed via a combination of tablet weaving, looping (reminiscent of velvet production) and felting. This chapter demonstrates both the ingenuity of the historical craftsperson and the creativity and dedication of the authors in painstakingly researching and replicating this technique.

Meanwhile, editor and contributor Frances Pritchard discusses the extant Viking-era tablet-woven fragments and their weaving implements discovered in Dublin’s Fishamble Street. Pritchard posits that the tablet weavers of Dublin were actively working with imported silks as well as local fibres to create a variety of decorative and functional bands.

In ‘The so-called “Palermo bands” and their technique’, Regula Schorta demystifies a group of stunning, multi-coloured silk and gold bands that have not only been misunderstood but also probably misattributed. Dating from the 12th–13th centuries, these pieces are frequently termed ‘Palermo bands’, based on colloquial tradition and certain historical and/or stylistic traits that previous researchers believed to have originated in Sicilian workshops. However, the overriding evidence assembled by Schorta suggests the existence of multiple workshops and loci of production. 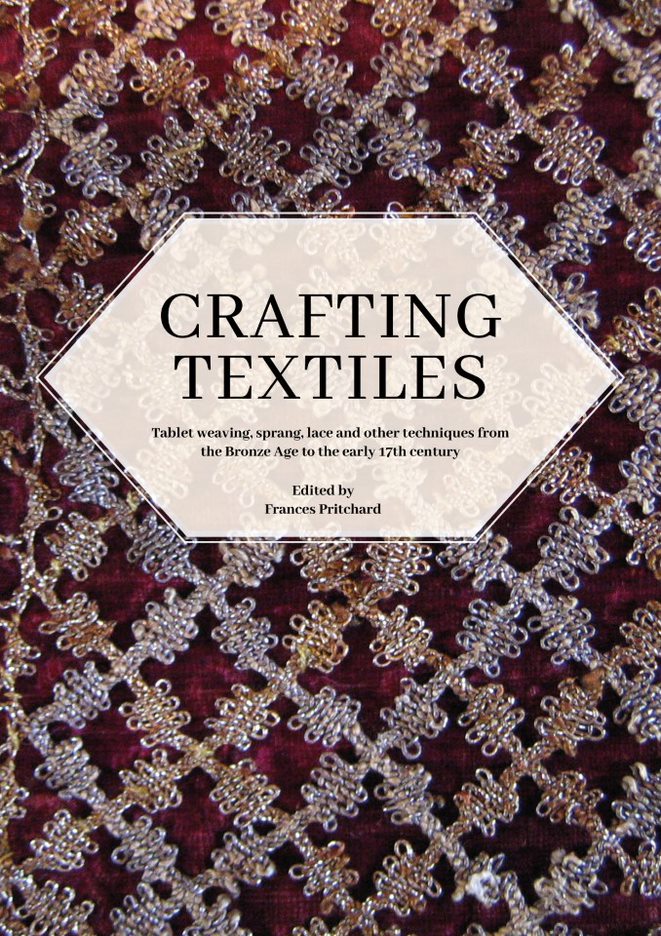 Although they have been mistaken for tablet weavings, Schorta convincingly deconstructs their intricate woven structure, identifying them as being loom- rather than tablet-woven. Five groupings of bands can be stylistically differentiated based on decorative motifs, selvedge-to-selvedge widths and occasionally fibre type. Made of warp-faced twill ground that secures a decorative weft-faced twill (lancé) of gold metal threads, these pieces stand in contrast to a further group of aesthetically similar bands made of lampas weave that employed binding warps to secure the golden threads on the surface of the weaving.

Transitioning from woven to non-woven structures, the book next addresses sprang, a technique involving twisting and/or twining of fixed threads to produce a stretchy, flexible and net-like material. This technique was studied extensively by Swiss scholar Noémi Speiser along with Collingwood; they co-taught courses on the subject. Chapters on sprang explore hairnets from Roman Rhineland and Fag el’Gamous necropolis of Egypt, as well as offering fascinating investigations into tight-fitting clothing, particularly leggings, in Antiquity and the Renaissance. The third topic grouping, braiding and bobbin-made lace techniques, immediately delves into complicated braided and looped structures with a chapter from Joy Boutrup. Her exploration of the historical enigmas of looped braiding and decorative knots sets the tone for subsequent chapters, including the examination of a 15th-century female headdress with needle lace, sprang and needle-loop decorations, as well as an exploration of 15th- to 16th-century bobbin-made trimmings with precious metal threads, the precursor to later bobbin laces.

To wind things up, the final chapter by Katrin Kania, traverses the twists, turns and tools of medieval spinning. Ending with a strand of thread is a fitting conclusion for this essential resource.