Having been cancelled for almost two years, you could almost hear the collective sigh of relief when it was announced that ARTS was going to happen again on the 3 – 5 December 2021. This traditional get-together of dealers and collectors in the Bay Area is an important part of the rug and textile collecting calendar, and its absence has obviously affected business and closed the social circle for many regular attendees from across North America.

The effect of COVID meant that there were fewer dealers willing or able to attend, twenty-five in all, and the fluid nature of the restrictions imposed on travellers was highlighted by rules being changed—for attending Brits at least—while at the event. From overseas, Owen Parry, James Cohen, Andy Lloyd and Sam Coad came from the UK, Alberto Levi from Milan and Adnan Aydin from Istanbul. Yohann Gissinger from France, via the Netherlands, also exhibited for the first time. As one might expect, the number of attendees was lower than in previous years but with little reported effect on business. 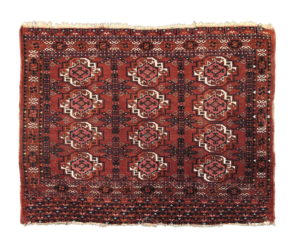 The exhibition hosted at the hotel was of northwest Persian bags from the Rothberg collection, sponsored by the local rug society SFBARS, to launch Michael Rothberg’s recently published Nomadic Visions: Tribal Weavings, and aligned with a reception and further show of southwest Persian bags at Fazli Solak’s shop across the bay in Albany. Nomadic Visions is available for purchase via the HALI bookshop. 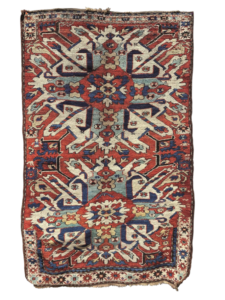 One of the reported highlights snapped up quickly and thus not available for illustration here was a fragment of a six-gül 18th-century Tekke torba with a diamond gül (see Wiedersperg Collection, de Young 1997.195.31). However, the bag-focused exhibitions and book launch pushed these ideal collectibles to the top of people’s thoughts and inspired a Bag Face Month among rug groups on social media in December. Perhaps proof of this was the changing hands three times of a beautiful Khamseh bag (below), which went from Hagop Manoyan to James Cohen, ending up with Andy Lloyd. 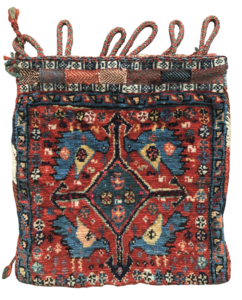 One of the most interesting pieces on view was a large, good-condition silk-embroidered Mughal summer carpet shown by Noah Bolour (below). A little out of character with the more tribal collectible material typically on view, it is a textile more associated with London salerooms and Mayfair galleries. And that is exactly why everyone loves ARTS; you never know what and who might turn up. 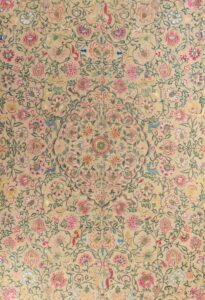