The Nishaburi family has been active in the Persian rug business since 1750. While originally based in Tabriz, Abbas Nishaburi has operated from Tehran since 1958. In that time, the Iranian carpet industry has ebbed and flowed as it followed global market developments in terms of distribution and access, as well as taste and style. That the company now has premises in Germany, Chile, China, Singapore and Malaysia is a testament to the international nature of its vision.

In the case of the developing market for antique rugs in China, for many people, Persian rugs have come to be associated with the finest silk and wool products of Iran’s leading contemporary workshops. But there are a number of parallel traditions running alongside each other that offer a great contrast in technique, material, function, aesthetic and price to the fine workshop rugs. 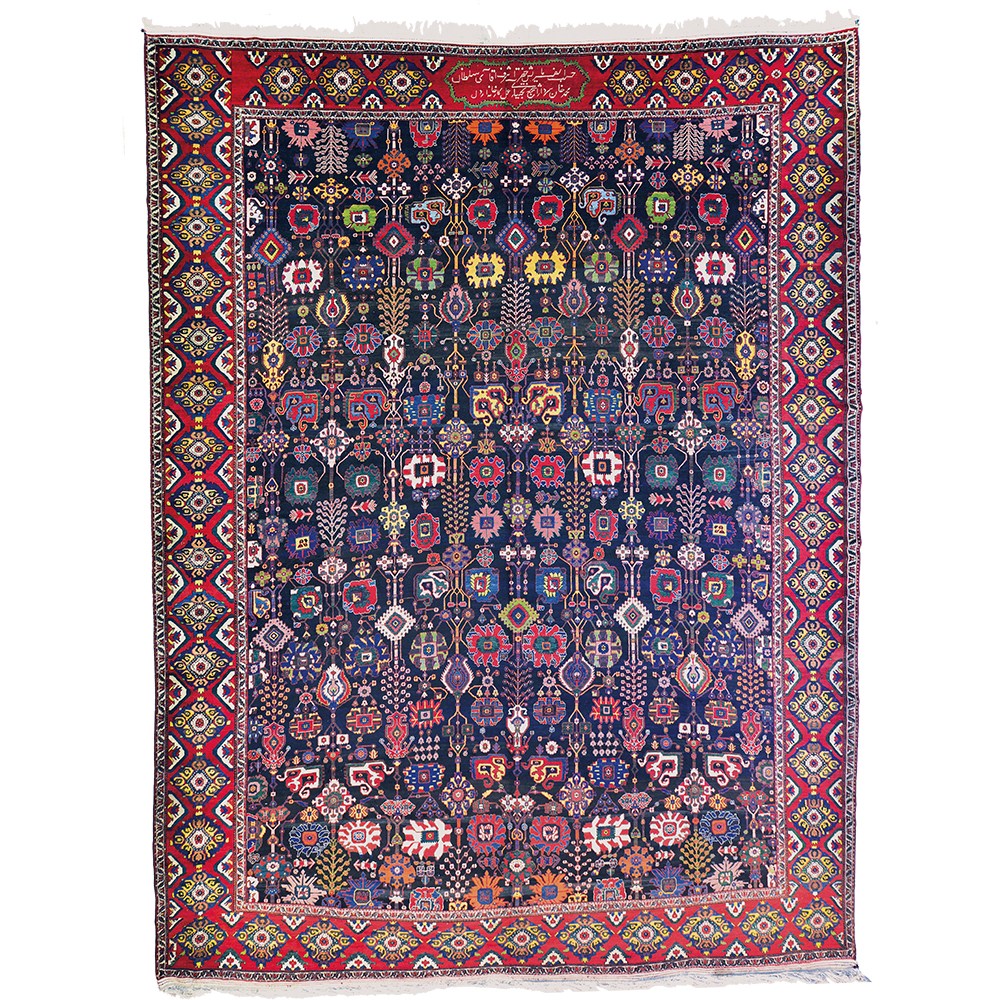 Having been active in the Chinese market for a number of years, it has become evident to Abbas Nishaburi’s son Nasser that while there is an incipient interest in antique and semi-antique Persian tribal rugs, there is also a lack of knowledge, information and access to such material.

The contrast with more familiar material will be evident among events organised for June 2018 in association with the country’s largest rug fair, the China (Qinghai) International Carpet Exhibition in Xining , where alongside an exhibition of Chinese carpets, some of the Persian tribal rugs and kilims that the Nishaburi family has carefully squirrelled away will be shown to demonstrate both the range of material created in Iran and the variety of the tradition to the Chinese rug-buying public.

Nasser Nishaburi first went to China in 2012 to participate in the 2012 Domotex Shanghai, when he ‘frankly fell in love with the country and grasped the immensity of the potential market. Since then, I have made it my mission to introduce the “real” Iranian carpets to the market, first with old and antique classics, and now with tribal rugs… I have always been interested in tribals, especially saddle bags and kilims. I have personally been collecting, buying and selling them since I was 17 [31 years ago].’

Nishaburi believes that his efforts to date have already made a difference: ‘I have received a huge interest from people to whom I talk regarding nomadic carpets. They are fascinated by the history and story that exists behind such rugs. They can relate to them.’

The utilitarian and decorative ceremonial and heirloom weavings made by tribal and nomadic families that are collected throughout Iran and the west reflect tribal affiliations and demonstrate ancient tribal and linguistic roots that speak of the country’s cultural and ethnic history. 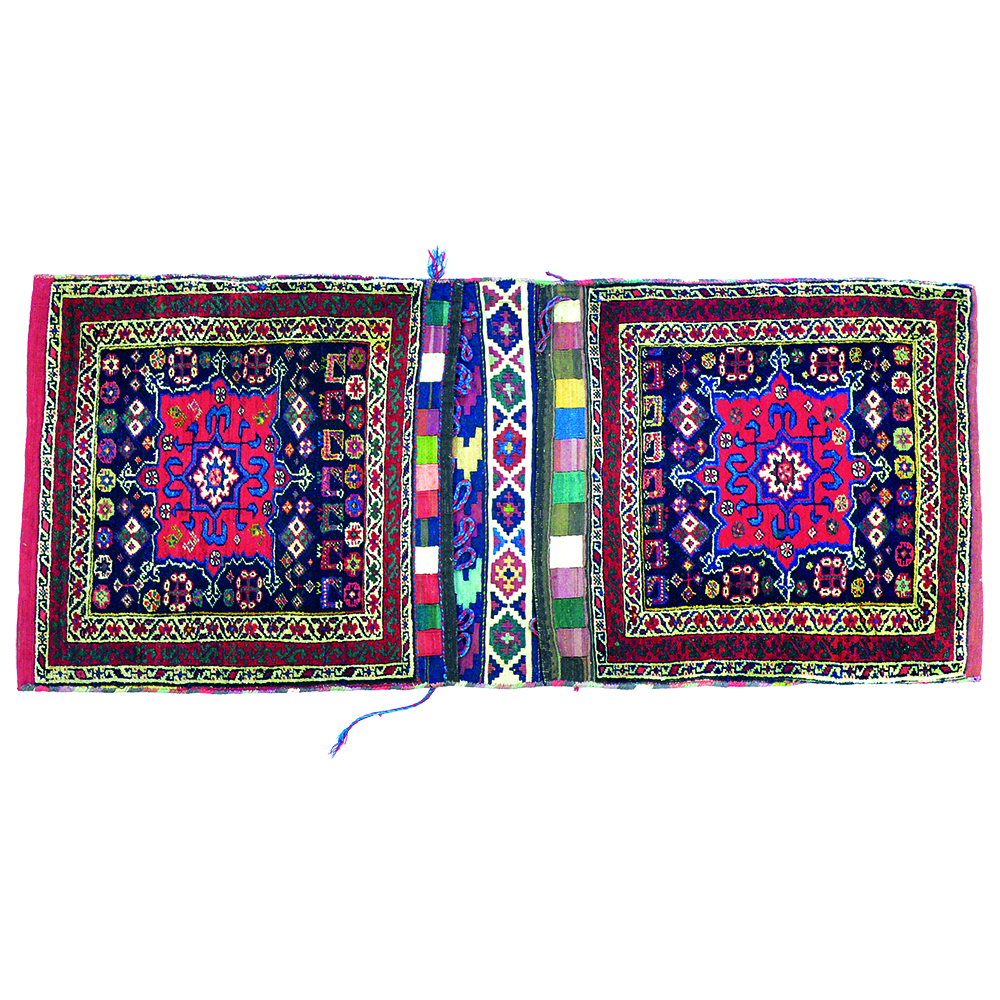 The weavings of the different tribes can be separated by design, materials and woven structure, though certain techniques and functions are common to all groups. Each tribe makes a variety of rugs, covers and containers in pile and flatweave techniques: Qashqa’i rugs and kilims from Fars; Shahsavan pile bags from Qaradag and kilim covers from Varamin; and flatwoven sumakh bags made by Baluch tribes in Khorasan, northeast Iran.

Transportation of goods and chattels was a key aspect of tribal life. Animal trappings such as saddle rugs, horse covers, saddle-bags and horse braids reflect that importance.

Inscribed Bakhtiari ‘khan’ carpets connect workshop, prestige and tribal weaving as they were made in Bakhtiari villages on commission from the tribe’s great khans and ilkhans, who were much involved in the Iranian Polity at the turn of the 20th century. The group was well documented by Ian Bennett in 1989 (HALI 43, pp. 40-51; HALI 44, pp.18-29) and the Nishaburi carpet is one of four known that were commissioned in the first decade of the 20th century by Sultan Muhammed Khan Bakhtiari, the son of Imam Quli Khan Hajji Ilkhani. 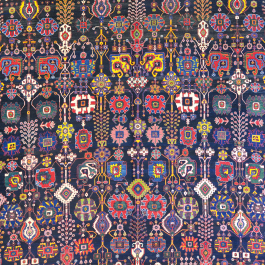 Examples of Persian tribal rugs from the Nishaburi collection 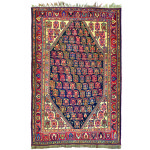 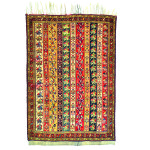 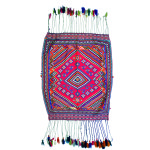 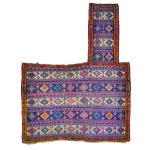 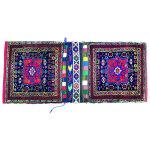 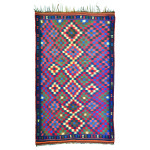