If you happen to be in Florence, Italy between 10 -29  March 2014, it will be worth your while to visit the Palazzo Frescobaldi at Via Santo Spirito 11 to see Alberto Boralevi‘s ‘I Tappeti del Pane: Kilim Sofreh della Persia Orientale’. The exhibition will be open daily from 10am-1pm and 2pm-7pm (or by appointment). 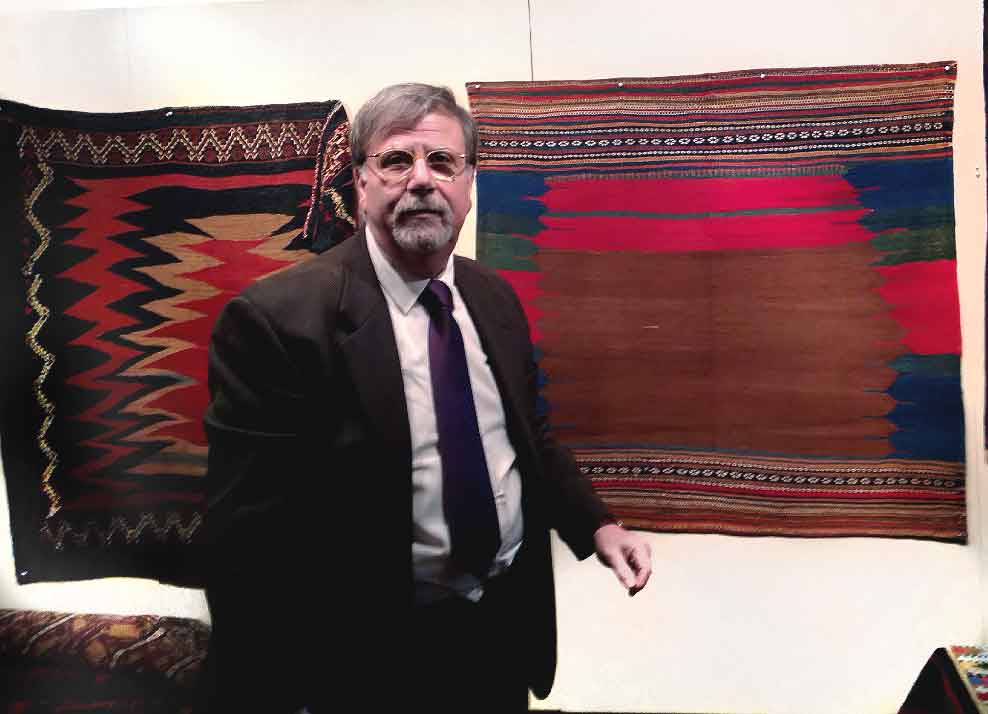 The Persian sofreh (from the Arabic ‘sufrah’, meaning ‘dinning table’), is a traditional cloth, often spread on the ground, on which to place food, which is considered sacred. The cloth is symbolically used as a clean surface where it is possible to eat without contaminating the food. Within tribes, sofreh were small rugs woven by the women of the family, usually with a kilim weaving technique or other flatweaves. These sofreh, woven in the tents of tribal groups or in small rural villages of southeastern Persia, mainly in the region of Kerman and Sirjan, are the subject of this condensed exhibition and go under the name of sofreh ardi and sofreh-ye nan-pazi (bread sofreh). 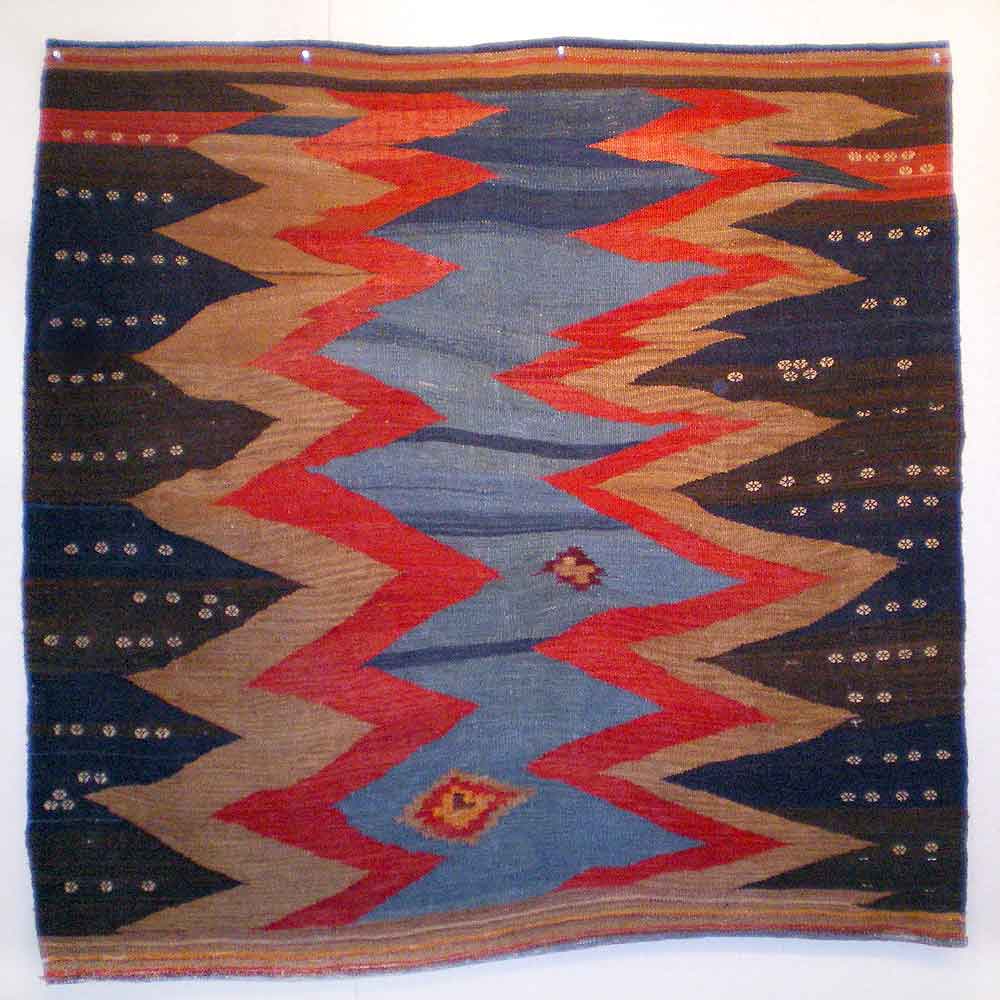 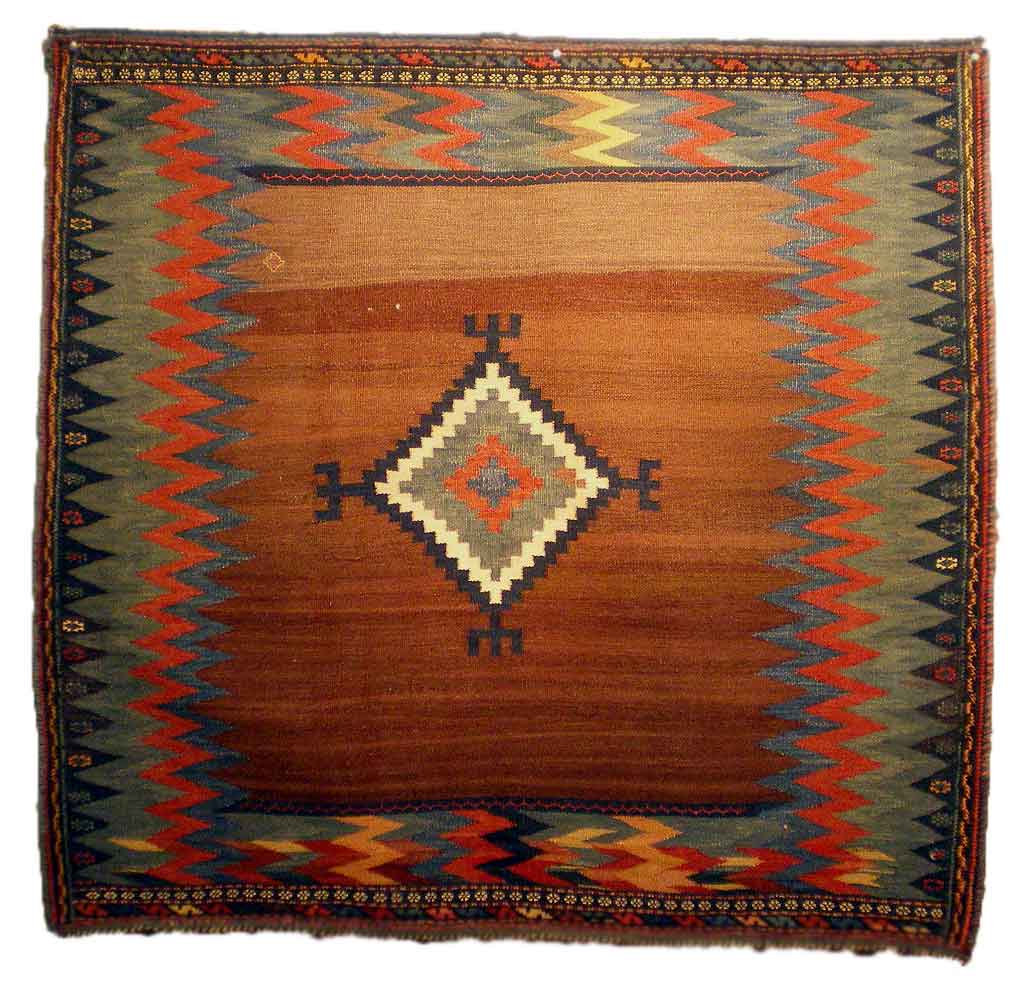 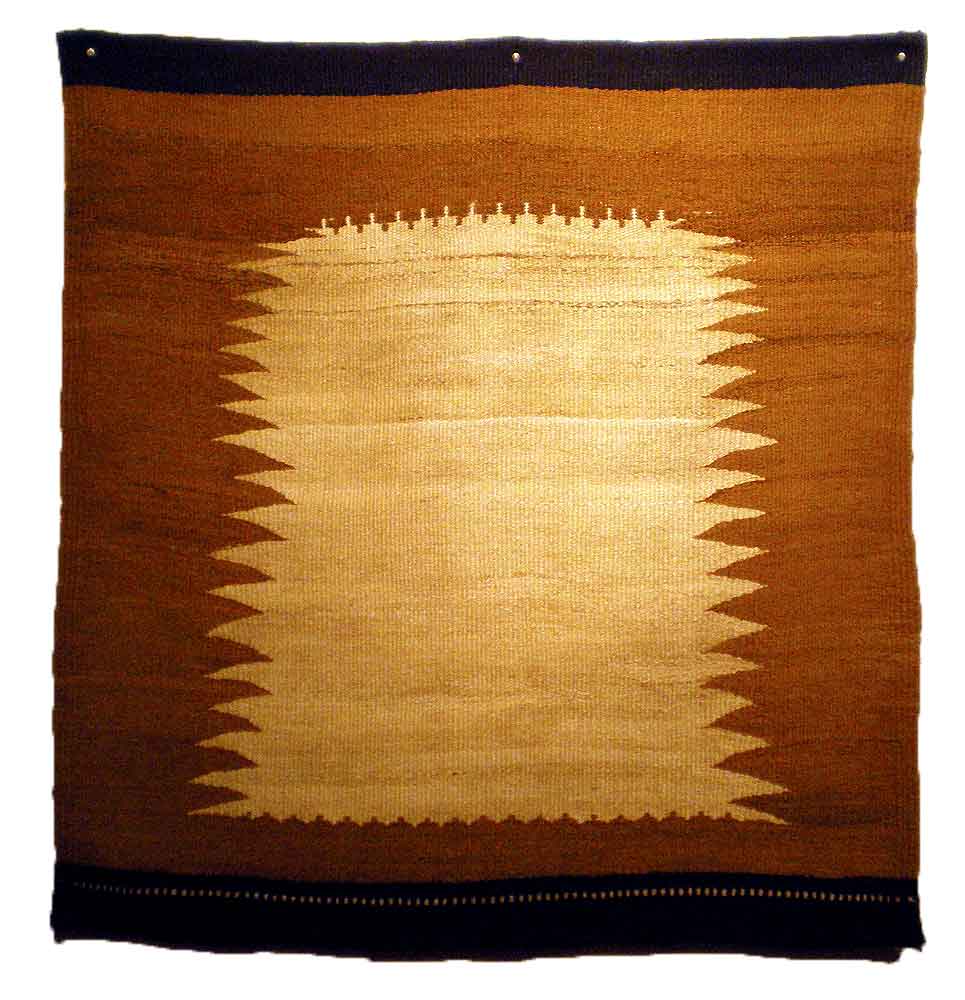 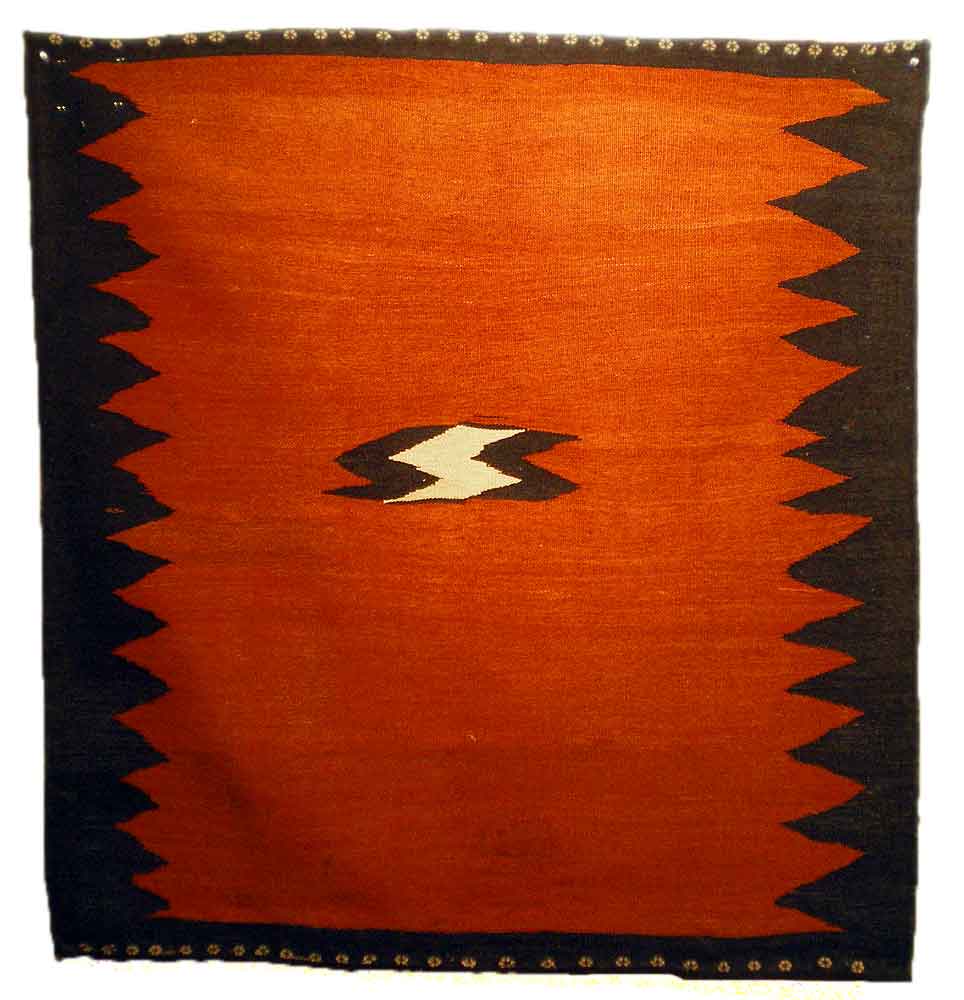 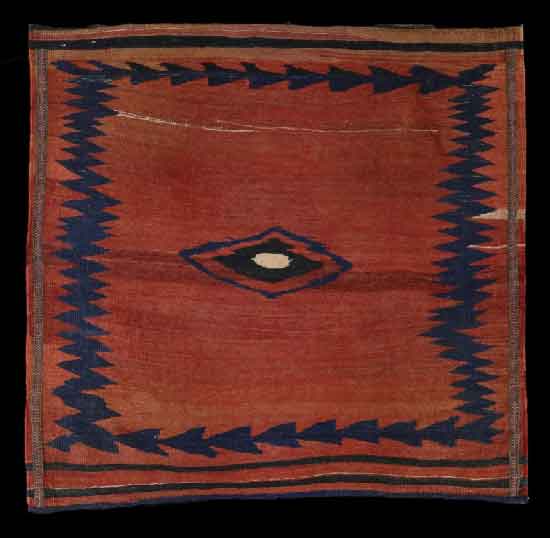 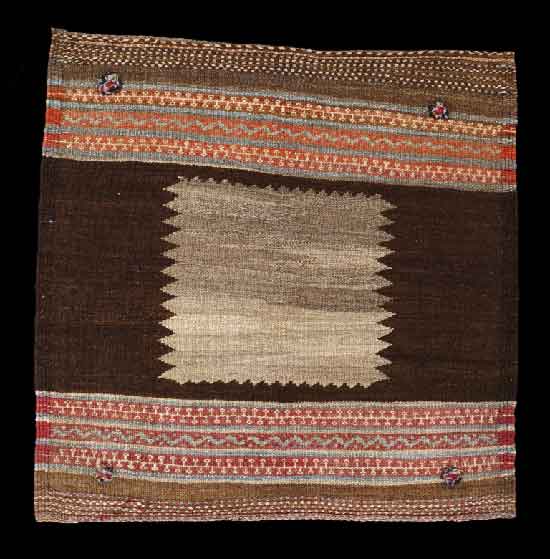 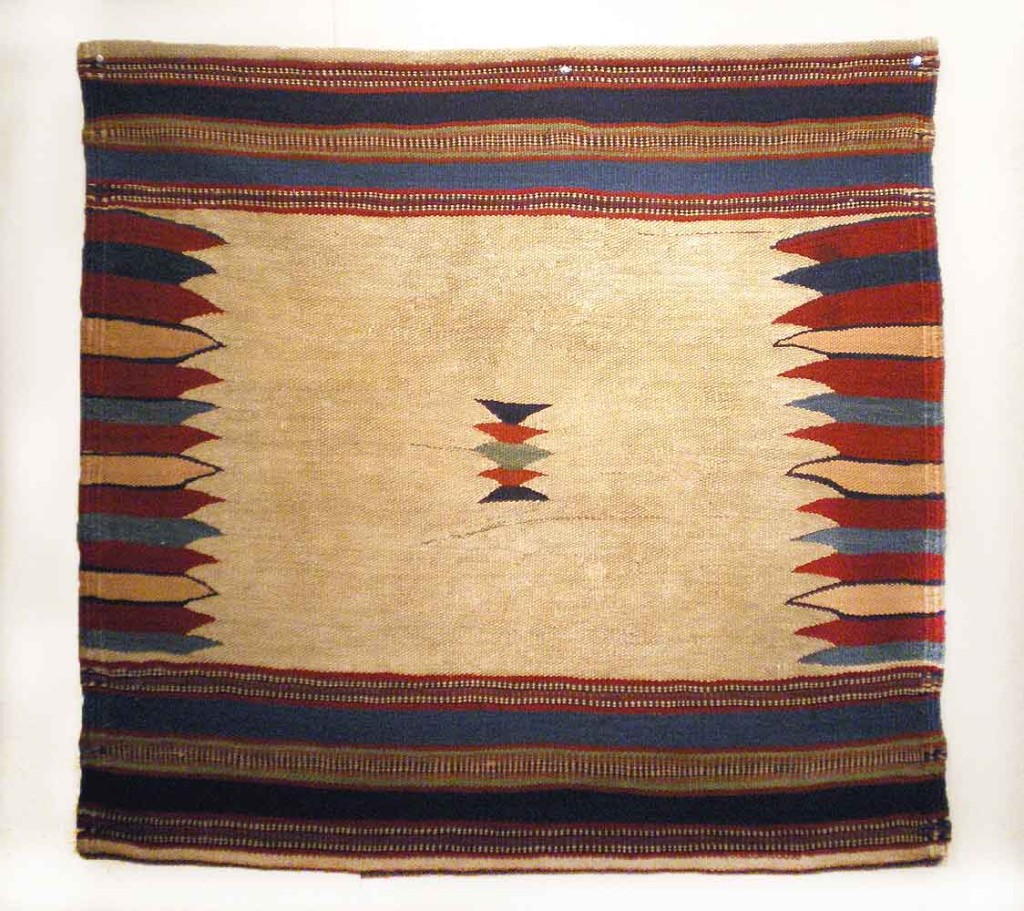