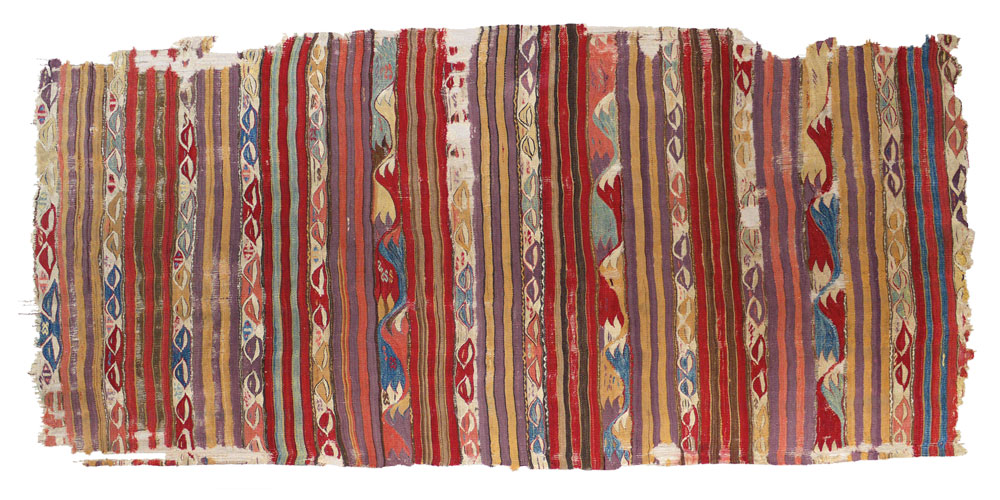 This autumn (24 September-12 November 2017), Harry Koll and Sabine Steinbock will put on an exhibition of 30 Anatolian kilims alongside contemporary ceramics by the organisers at Kunstverein Aalen in Baden-Württemberg, Germany. In addition to the kilims, dating to the 18th or early 19th century, a selection of radiocarbon-dated early textiles from Central Asia will be on display.

The exhibition’s title, ‘Die Schönheit der einfachen Dinge’ (‘The Beauty of Simple Things’), highlights the simplicity of the materials (clay or wool) and colours (produced using natural dyes or created by the firing process). In the world of Koll and Steinbock, beautiful textiles and ceramics come into being through the masterly manipulation of these elements by the creative human hand.