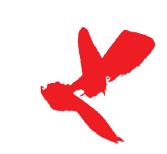 The eighth annual grant of £1,000 for a research project to be awarded to a candidate younger than 25 or over the age of sixty.

The rules for the Award are as follows:

i) The project should relate to any of the subject areas covered by HALI or CORNUCOPIA, including the history of cuisine.

ii) HALI and CORNUCOPIA reserve the right to publish the results, the winner to submit a printable article for publication within a year.

iii) Applications should be short and outline the project in no more than 500 words, accompanied by your age, anticipated results, and contact address.

iv) The award can be used for travel, material expenses and sustenance whilst the research is underway. Priority will be given to projects which would not easily find funding and which display originality.

Entries are judged on the following criteria:

Presentation of the application

Worthiness of the subject

Appeal to HALI or Cornucopia readers of the resulting print article

How the prize money would contribute to the project

Applications should be sent to