Art of the Austronesians at UCLA’s Fowler Museum

The current exhibition at the Fowler Museum at UCLA, Los Angeles is showing until 28 August 2016. The following is an extract from a review by Thomas Murray in HALI 188.

‘‘Art of the Austronesians’ is a comprehensive examination of the greatest maritime explorers the world has ever known. Linguistics, archaeology and DNA analysis demonstrate a common origin for peoples stretching from Madagascar to Easter Island.

Anthropologists have identified several cultural features carried by Austronesians, including customs such as headhunting, ancestor worship—especially as represented by sculptures coming in pairs—and animism, the belief that all things are  spiritually animated by a life force and therefore have a psycho-spiritual connection which may be tapped into with the help of a shaman.

I was thrilled to see so many great Indonesian textiles, beadwork panels, painted tapa cloths, ikats and tie-dyes, Dayak mats, as well as feathered Maori capes and Solomon Islands currency. We find a brilliant Taiwan cape, hat and beaded tunic; from the Philippines came an Ilocos ‘op art’ textile from the north, and a Bagobo sarong from the south; from Borneo, an Iban cloud-pattern pua, shaman’s jacket and warrior’s hat as well as Penan Dayak mats; Lampung lampit mats patterned with a hot poker; a rare Batak ragidup with a diamond twill center; Javanese breast wrappers and a beautiful gilt Balinese textile; from Toraja a tie-dye pori roto and a headhunter’s painted barkcloth turban, siga.

Woven leaves and grass best describe a treasured heirloom from the Kula ring of the Trobriand Islands. An exceptional Fijian tapa exemplifies the Polynesian islands, just as a fine modern cloth from Madagascar elegantly expresses the astonishing range the language and culture of the Austronesian ancestors was to travel over time and space.’ 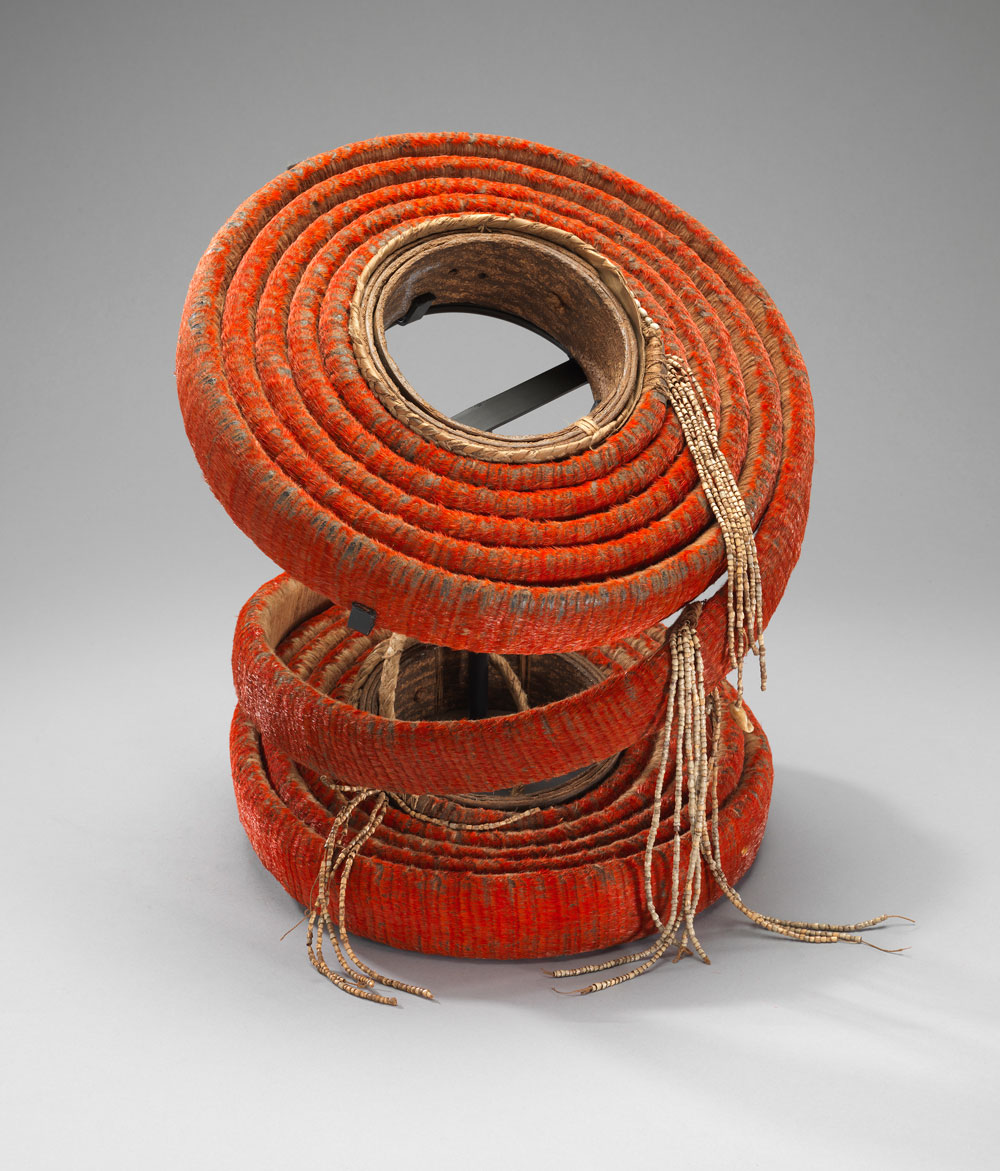 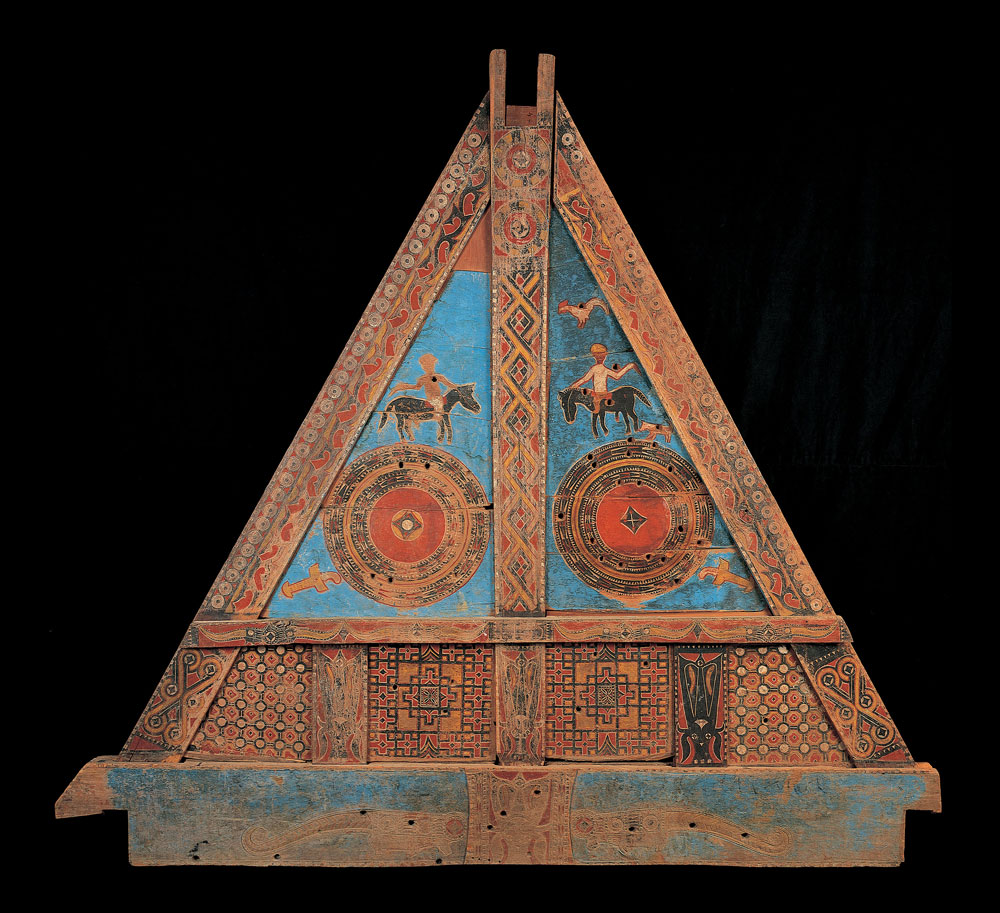 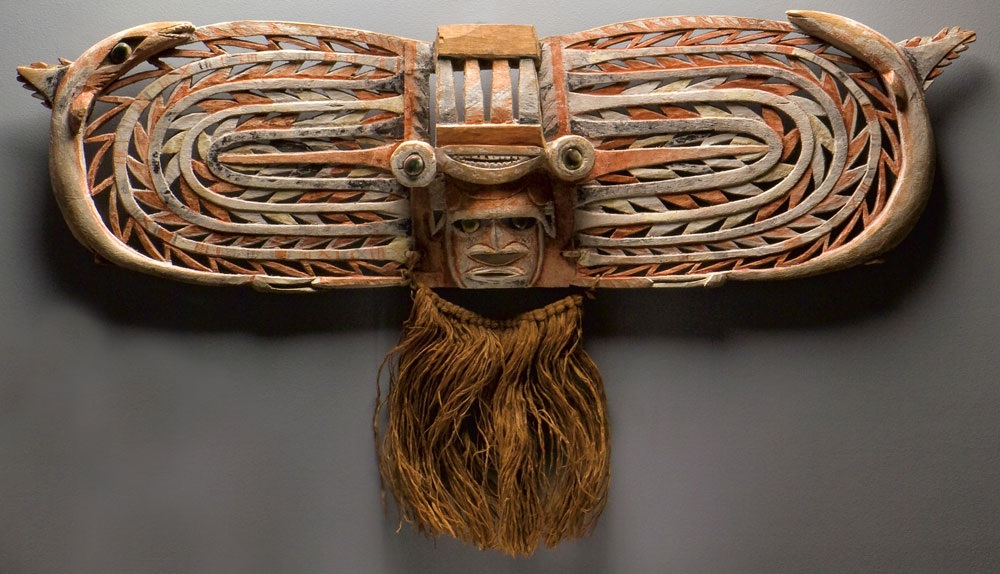