‘As Precious as Gold, Carpets from the Islamic World’, Currier Museum of Art, Manchester, NH, USA

More than five years have elapsed since the Museum’s exhibition ‘The Carpet and the Connoisseur: The James F. Ballard Collection of Oriental Rugs’. Now rug collectors in New England and the eastern United States have another rare opportunity to view pieces from the Ballard collection. Through 27 February 2022, 34 examples are being shown in the special exhibition ‘As Precious as Gold: Carpets from the Islamic World’ at the Currier Museum of Art in Manchester, New Hampshire.

On loan from the Saint Louis Art Museum, this exhibition features thirty-two carpets dating from the 15th-19th centuries and one tent that is considered one of the most significant of its kind in the world. The pleasure tent, used for outdoor gatherings, is among the star attractions and until recently, was one of the only examples of such works in American museums. Because of their age and fragility, it may be a long time before these rugs and carpets are permitted to travel from their home at the Saint Louis Art Museum again. The selection at the Currier, made by its senior curator, Kurt Sundstrom, is somewhat smaller than the 2016 exhibition in St Louis, but contains a wide variety of pieces that impart a flavour of the breadth of the Ballard collection and especially its impressive depth with regard to Anatolian works.

While the holdings clearly demonstrate strength in Anatolian material, the exhibition is organised according to geographical origin and style. Beginning chronologically with a Spanish rug, three Egyptian rugs and examples of Lotto and small-pattern Holbein carpets, visitors will experience the extraordinary combination of colour and texture, form and function, meaning and mystery of these all-important examples from the late 15th and 16th centuries. The Ballard pieces on view originate from Spain, Egypt, India, Persia, the Caucasus, Turkmenistan and Anatolia. The earliest object in the show is an early 15th-century Spanish carpet (below) with ‘large-pattern Holbein’ design. Although worn and cut at both ends, this fragmentary carpet tells an interesting story. The repeating octagonal design was copied from a Turkish carpet woven over 2,000 miles away at the opposite end of the Mediterranean region. The characteristic knot technique, in which the knots are tied on a single vertical warp, clearly identifies the carpet as Spanish. 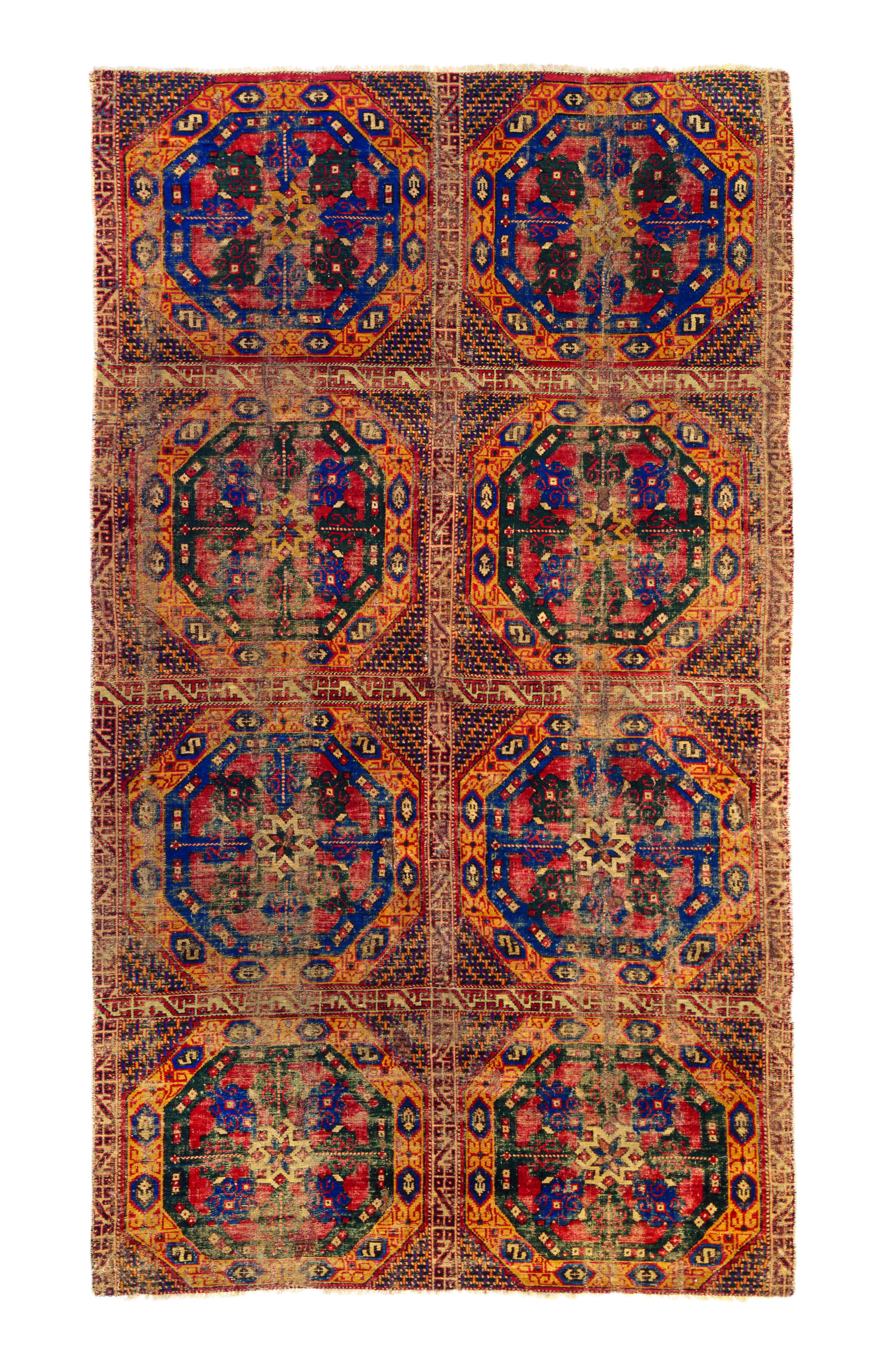 Organised by the Saint Louis Art Museum, the exhibition describes how the art form evolved and spread beyond the East. The outstanding quality of many of the rugs and detailed technical content is sure to appeal to experts while the introductions to the historical information of the featured textiles ensures the exhibition can also be enjoyed by the general public. It is a rare opportunity to view rugs, carpets and even a tent of the highest quality from a wide variety of sources. James F. Ballard’s decision to track down fine and exceptional Anatolian examples represents a prescient moment in the history of rug collecting in the early 20th century, when much more attention was being focused on Persian and Indian carpets. His stunning collection, given to the Saint Louis Art Museum, is now widely regarded as one of the great treasures in world carpet history.

Read the full article in HALI 210