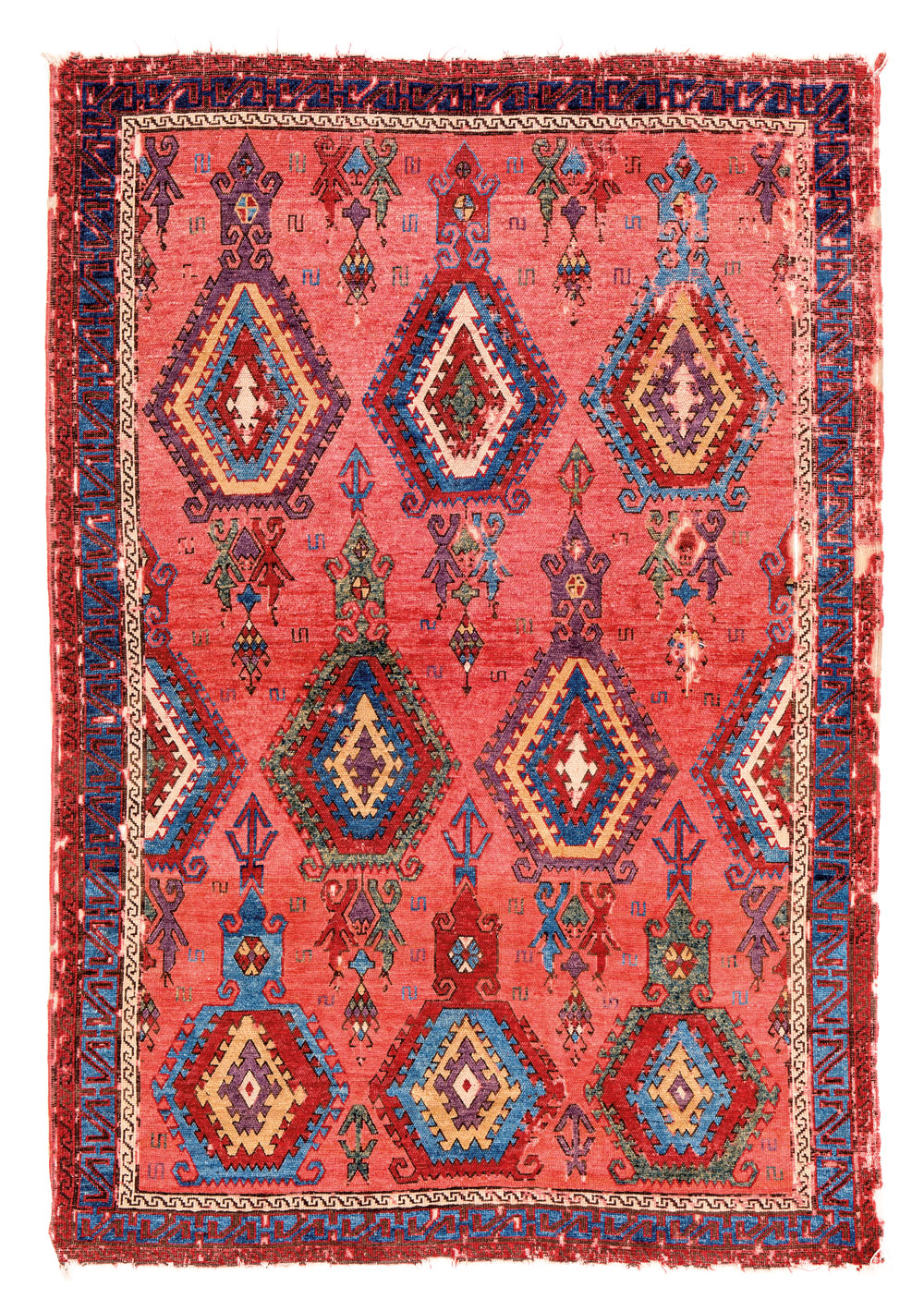 Viennese auctioneer Udo Langauer has found a new venue for Austria Auction Company’s fifth major sale of ‘Fine Antique Oriental Carpets’, which will be held on 28 November 2015 at Galerie Ostlicht, 27 Absberggasse, in the Favoriten district of southeastern Vienna.

Subtitled ‘Treasures of Wool and Silk’, the November sale includes 209 lots of overall very high quality drawn from across the chronological and geographic spectrum of carpet weaving in the Eurasian rug belt, among them particularly strong consignments of Turkish late classical (three ‘Transylvanian double-niche pieces, lots 31, 34 and 144) and village rugs, including a wonderful 18th century Şarkişla (lot 42), which compared to some other pieces in the sale is surprisingly modestly estimated at just €10-15,000. 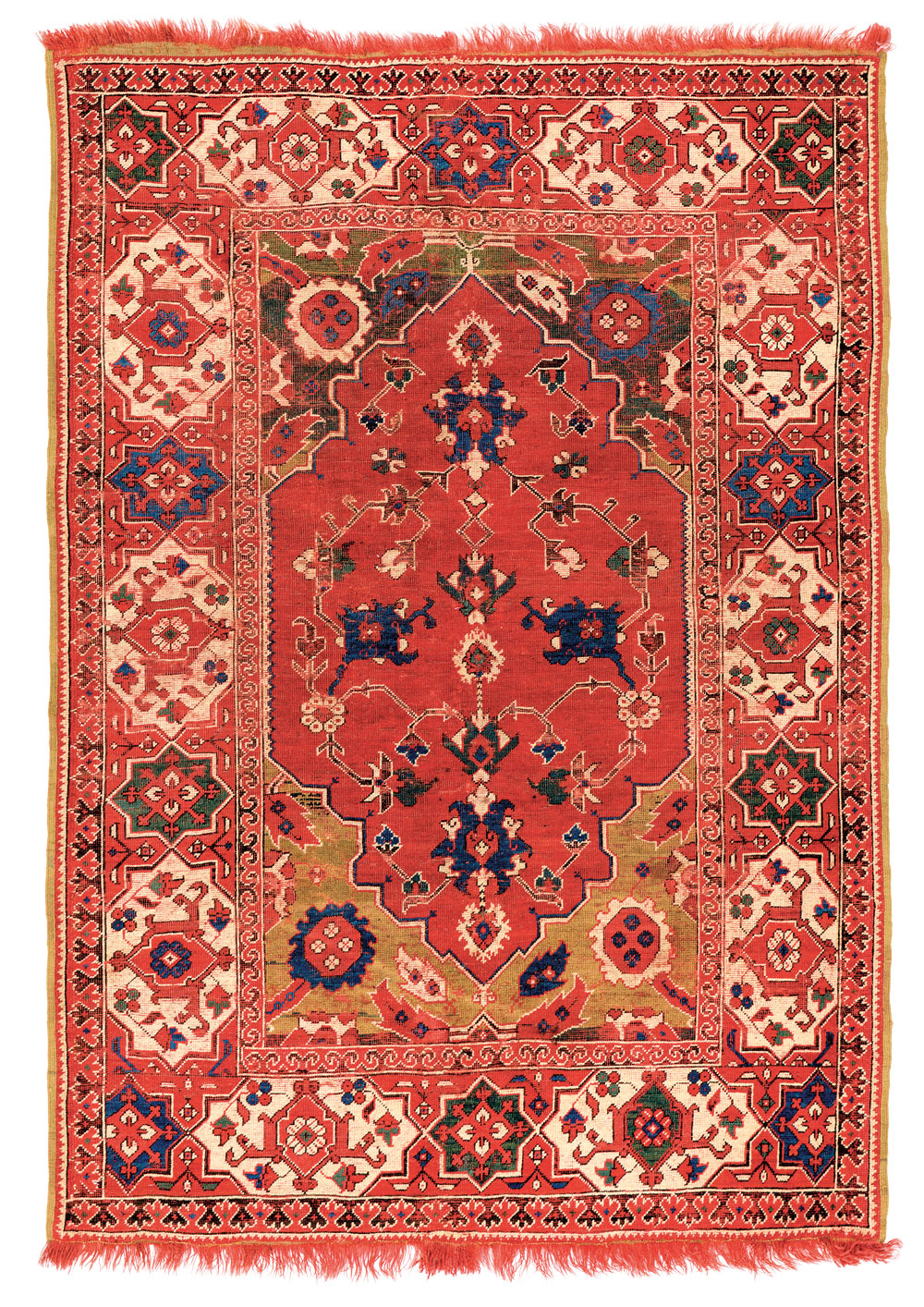 Highlights are likely to include a well-known Kashgar carpet, lot 164, in immaculate condition and with the Eberhart Herrmann imprimateur, estimated at a breathtaking €100,000-150,000. Also offered against substantial estimates are a 19th-century silk Tabriz medallion carpet, also once with Herrmann (lot 72, €70-90,000), a previously unrecorded Large Medallion suzani (lot 92), quirkily attributed to Shahrisyabz, a very smart Yomut Turkmen multi-göl main carpet (lot 129) and a worn Esfahan ‘Polonaise’ (lot 67), all three of which are estimated at €50-70,000.

Of course the Vienna sale will comprise much more than a handful of high-ticket highlights; there are also many other excellent Turkmen, Caucasian and Persian rugs, both urban and rural, on offer at a wide range of more approachable estimates. 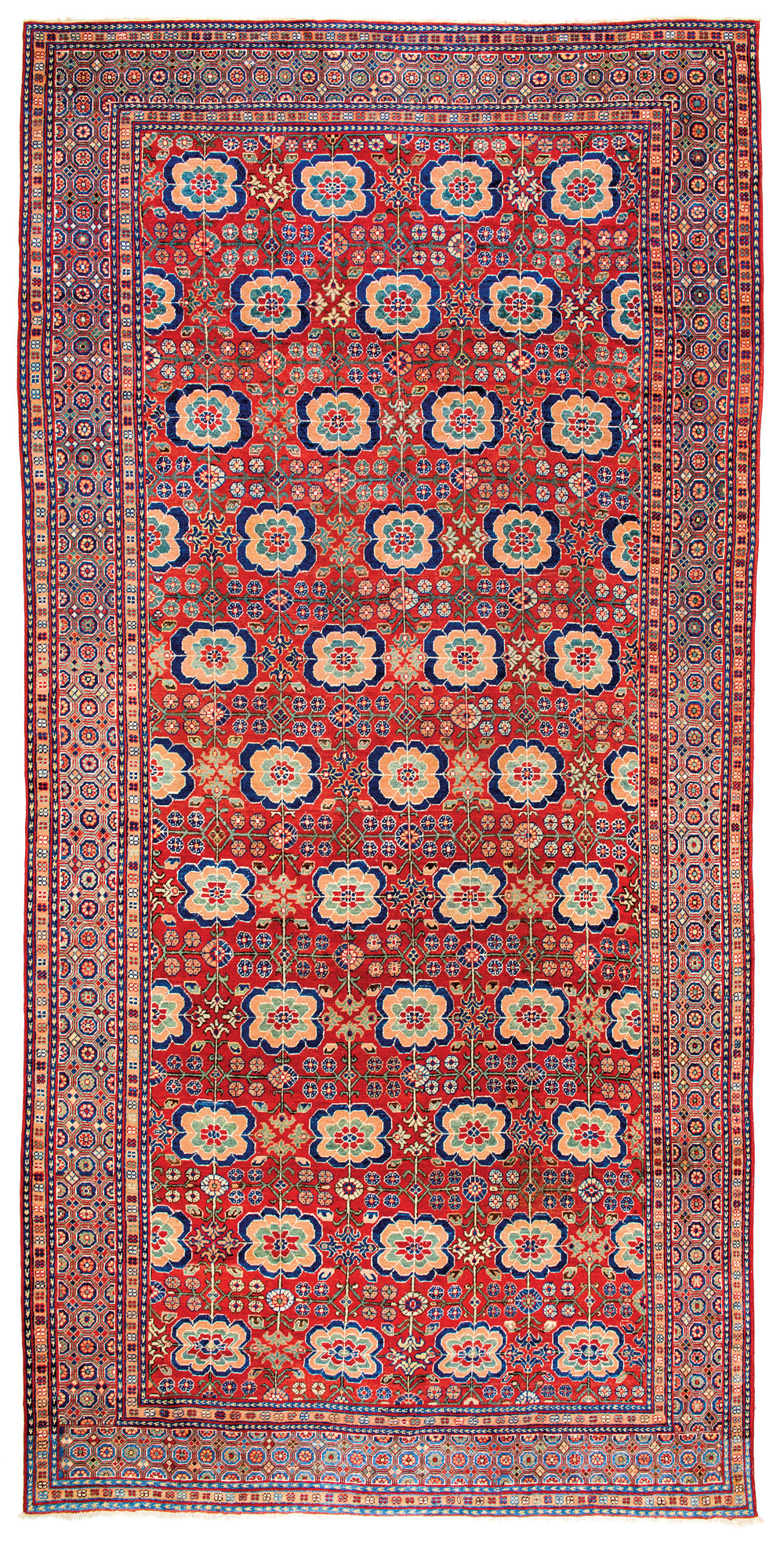 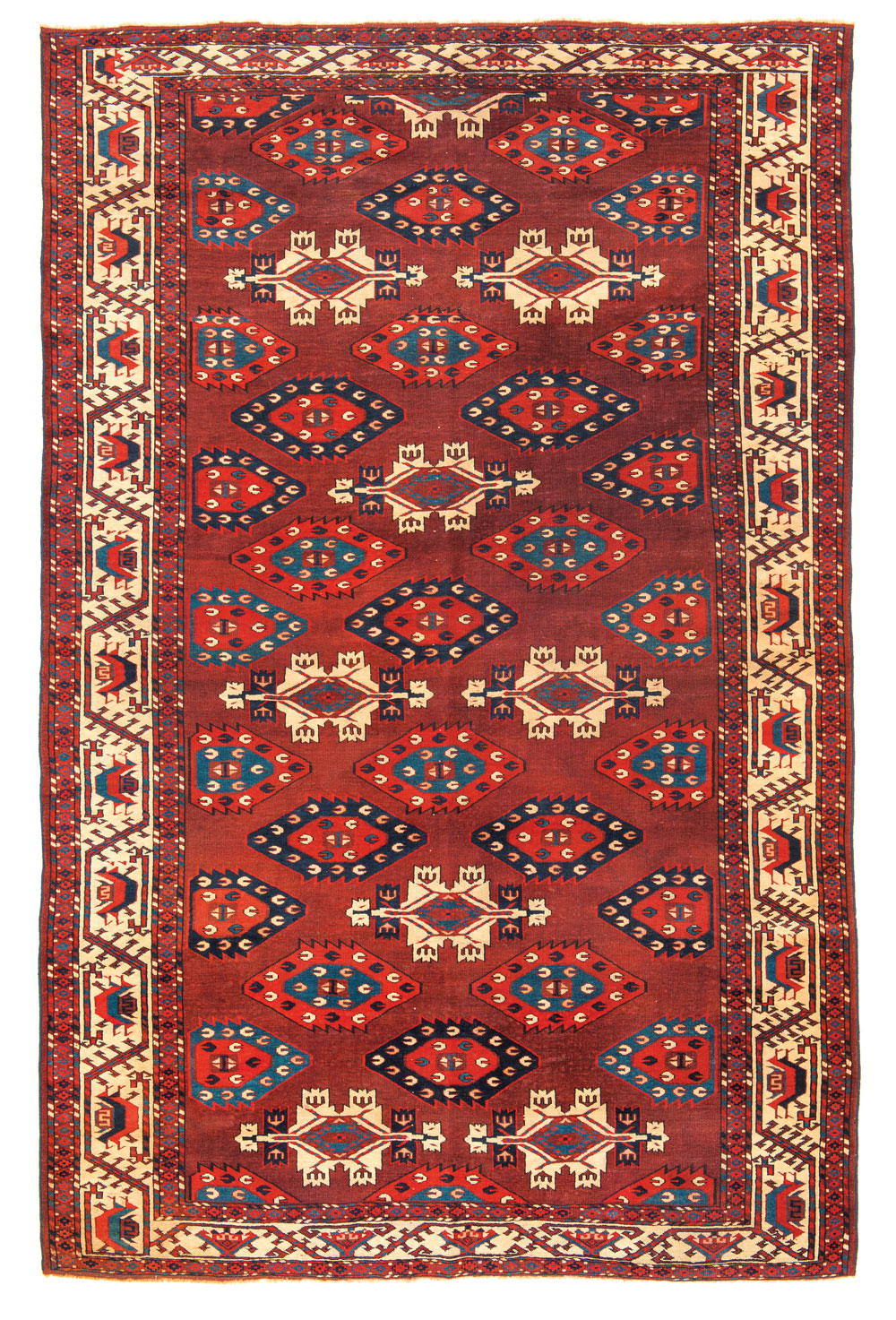 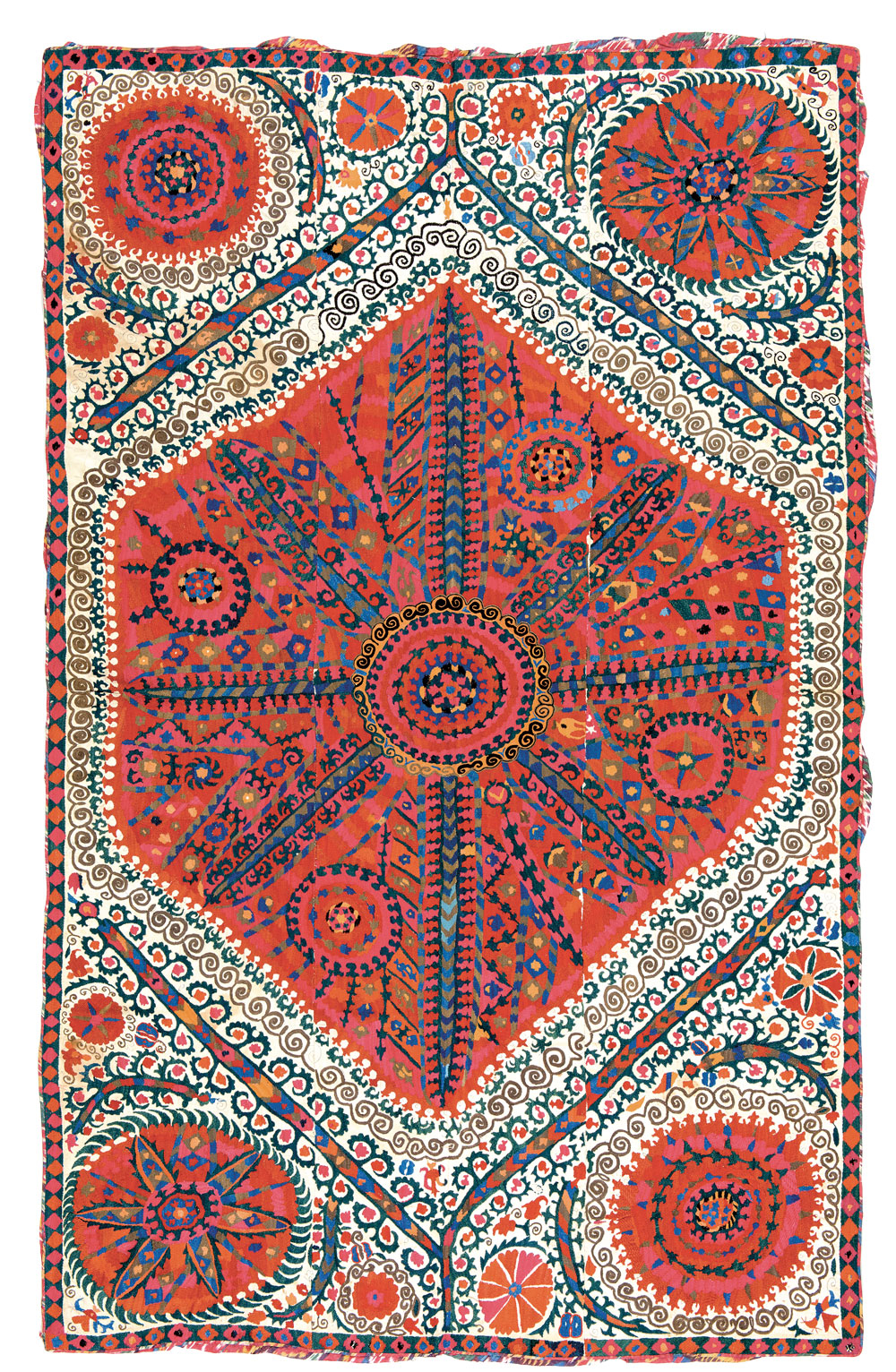 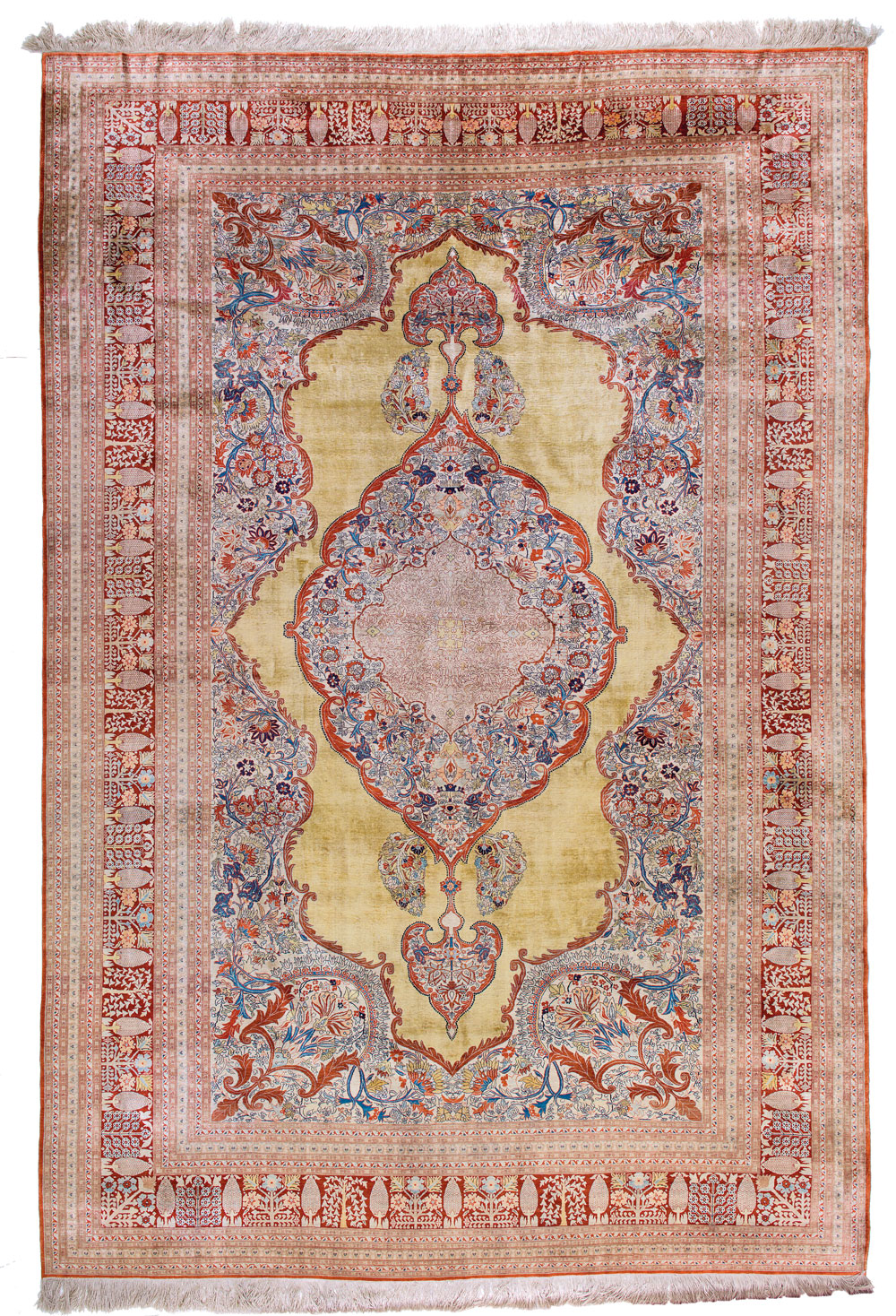