‘The Carpet and the Connoisseur: The James F. Ballard Collection of Oriental Rugs’ is on display at the Saint Louis Art Museum, St Louis, USA, from 6 March – 8 May 2016. 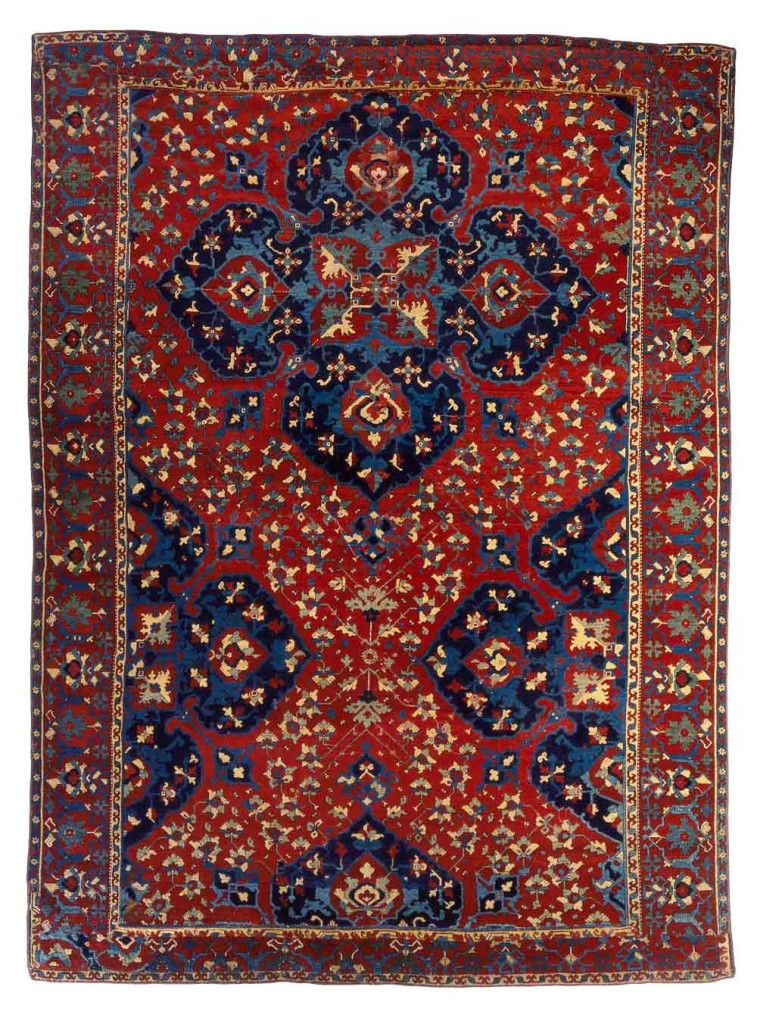 The Saint Louis Art Museum (SLAM) holds a substantial part of one of the oldest and most significant pioneering collections of antique oriental carpets in the United States. It was put together with some style and no little expertise during the first three decades of the 20th century by a successful local patent-medicine tycoon, James Franklin Ballard (1851-1931). 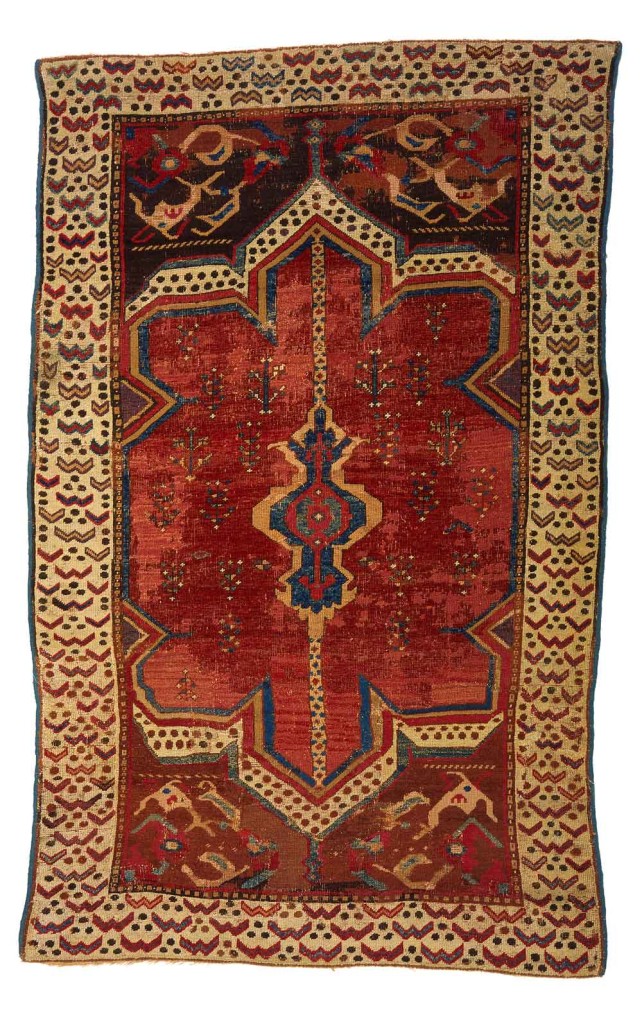 From 6 March 2015, fifty of the St Louis Ballard rugs, chosen across the spectrum but reflecting the collection’s Turkish bias, as well as two Qajar-period Persian tents, will go on public display in ‘The Carpet and the Connoisseur’. This exhibition and the accompanying full-colour catalogue have been on the cards for more than a decade. 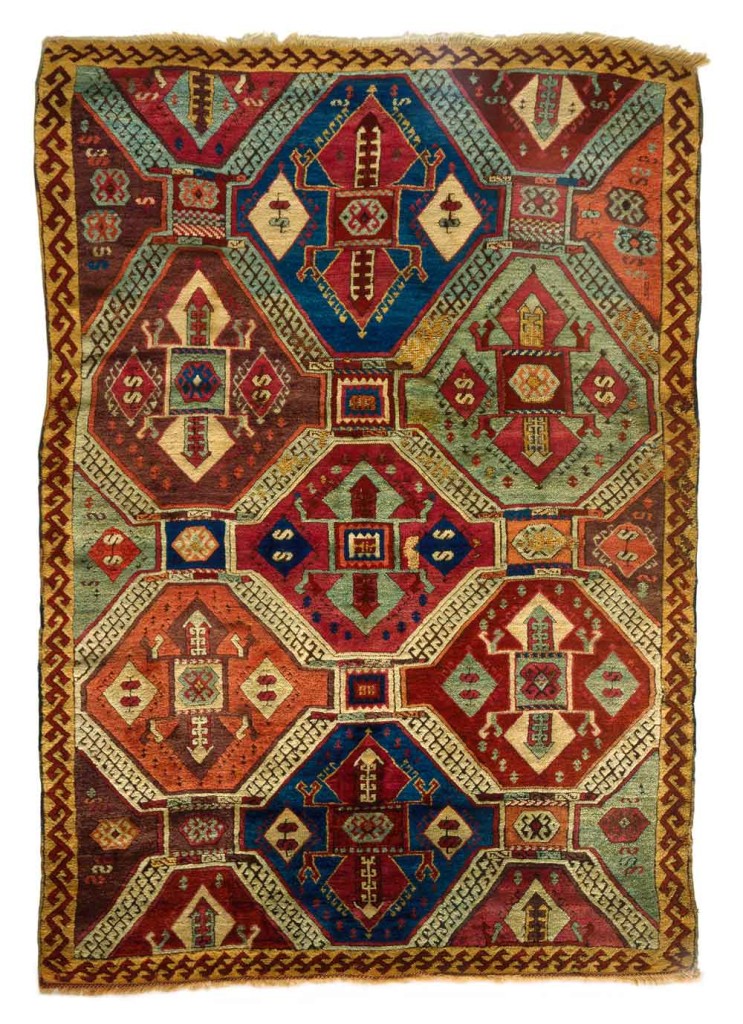 James Ballard was a prolific and widely travelled collector. In fact there may be well over 300 ‘Ballard’ rugs, the lion’s share of which (about 250 in all) are today accounted for in the holdings of two major US museums —the Metropolitan Museum of Art in New York and SLAM.

Ballard’s first and largest gift was to the Met. It followed a series of well-publicised, enthusiastically received exhibitions that included either just Ballard pieces, or at least a preponderance of them, held in the late teens and early twenties of the last century in Chicago (twice), Philadelphia, Cleveland, New York, Minneapolis, and San Francisco. Several of these shows were accompanied by catalogues or brochures, which were mainly written by Ballard himself. No other art form interested him. He was single-minded in his devotion to rug collecting and, well aware of the scale of public attention the rugs could command in New York, in 1922 he invited the curators at the Met to cherry-pick the collection for a permanent donation. They selected 129 rugs, many of them superb examples, and these were exhibited in the museum the next year, with a fully illustrated black and white catalogue by Joseph Breck and Francis Morris. 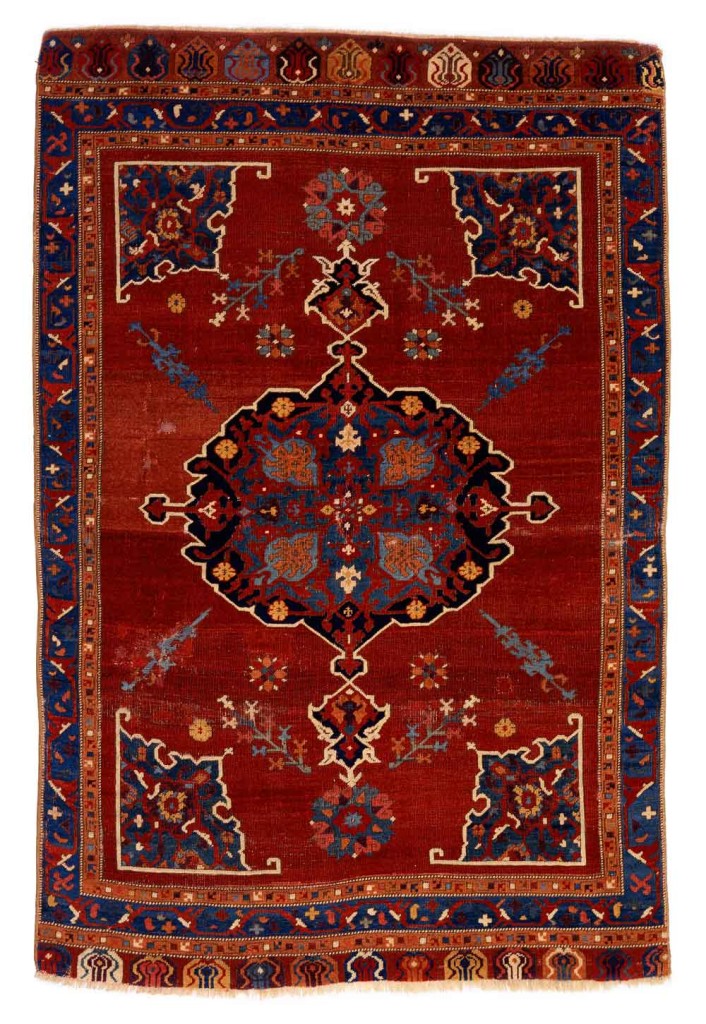 Further influential Ballard exhibitions followed the Met show: Pittsburgh (1923, catalogue by Arthur U. Dilley), Indianapolis (1924, catalogue by J. Arthur MacLean and Dorothy Blair) and Chicago again. Then, in 1929, another large group of about 70 rugs (more than half of which were Turkish), including fine pieces Ballard had acquired after the New York gift, was given to his hometown’s new City Art Museum; today SLAM. These were exhibited there in 1929, with a catalogue by Maurice Dimand. A second tranche of 45 rugs was donated to SLAM by one of his daughters, Nellie Ballard White, in 1972. 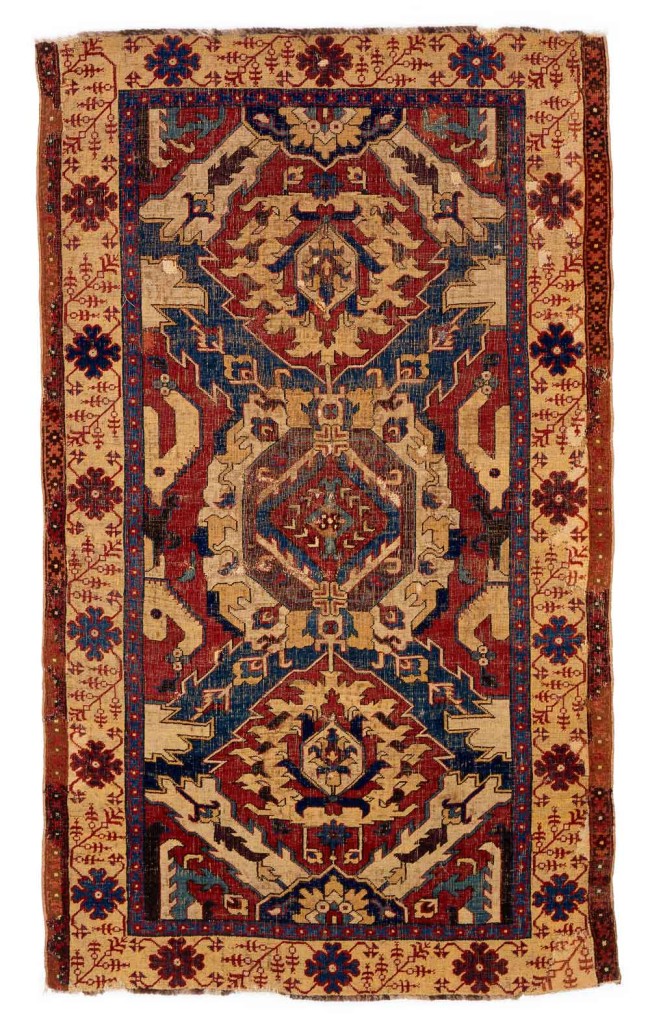 Not all of Ballard’s rugs ended up in museums. In 1950, after the death of his other daughter Berenice, 74 rugs from her equal share of the inherited collection were sold by her estate at Parke-Bernet in New York. Two of these were bought by Joseph V. McMullan for the Met, which received another as an anonymous gift, two were purchased by George Hewitt Myers for the Washington Textile Museum and three went to the Dupont mansion at Winterthur. More rugs may still be held or have been sold on by family members or friends. 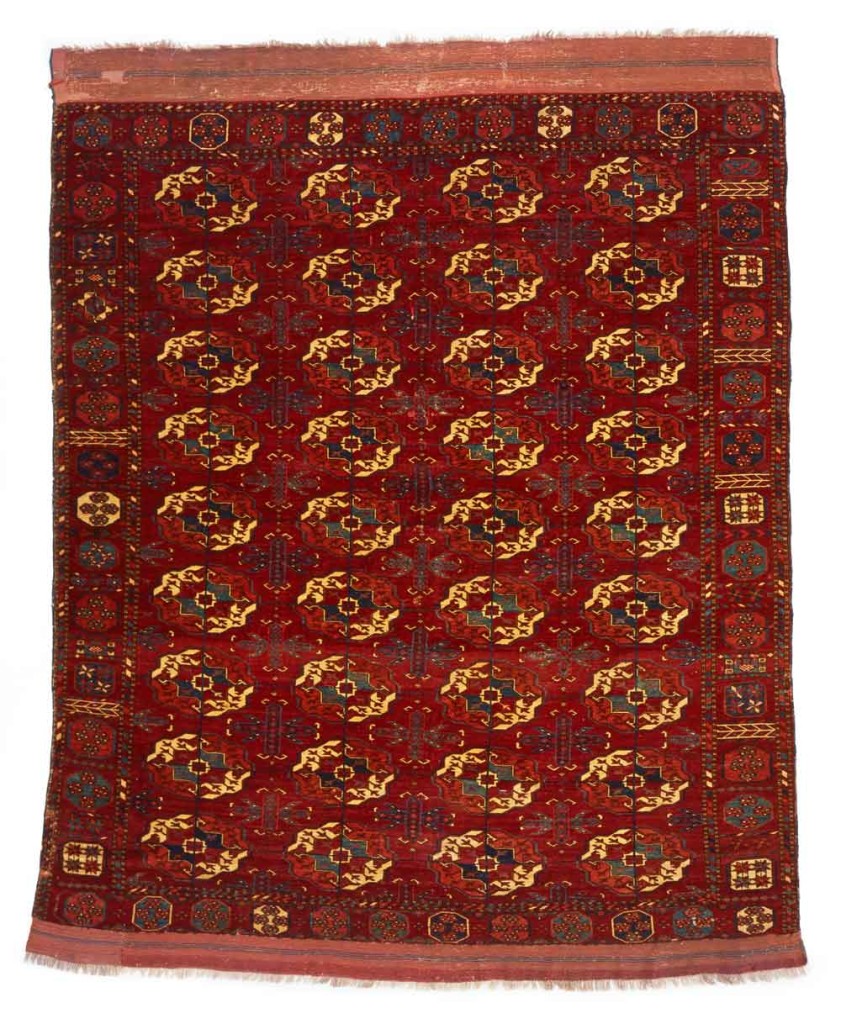 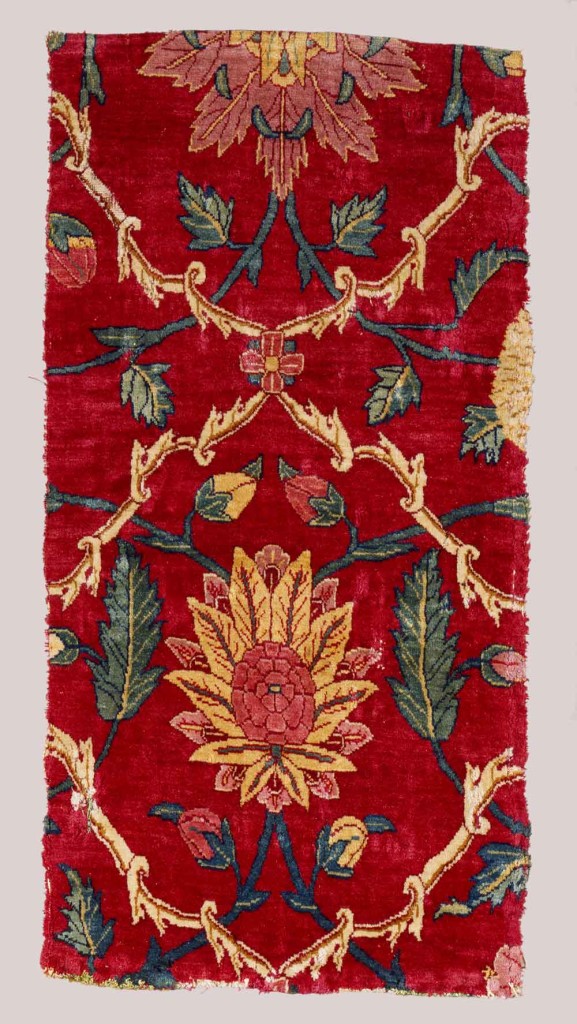 Prof. Denny, who has been studying the St Louis collection with book and exhibition in mind since 2003, is uniquely equipped for the task. His key role in the reopening of the Islamic galleries at the Met allowed him full access to the Ballard rugs there, giving him a comprehensive overview of the entire collection. He is also the primary author of the catalogue, which begins with a biography of Ballard by Thomas Farnham. The book includes full-page images of each exhibit—many never seen in colour before, plus front and back close-ups, detailed discussion and structural analysis. There is also an illustrated checklist of the St Louis Ballard pieces not on display. 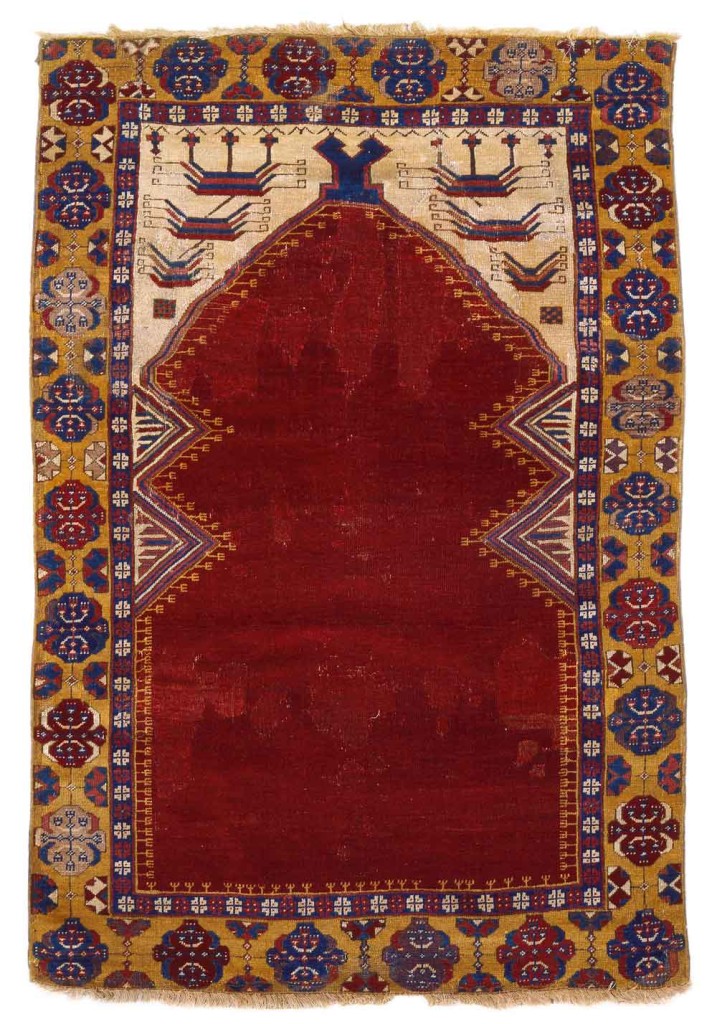 The book belongs in a long line of Ballard collection publications, beginning with his own and other catalogues in the interwar years. Since then, much less has been written, the major contributions being Daniel Walker’s ‘Turkish Rugs’ in the Bulletin of the St. Louis Art Museum (1988), and George O’Bannon’s ‘The Ballard Collection: The St. Louis Art Museum’ in Oriental Rug Review 11/3 (1991). 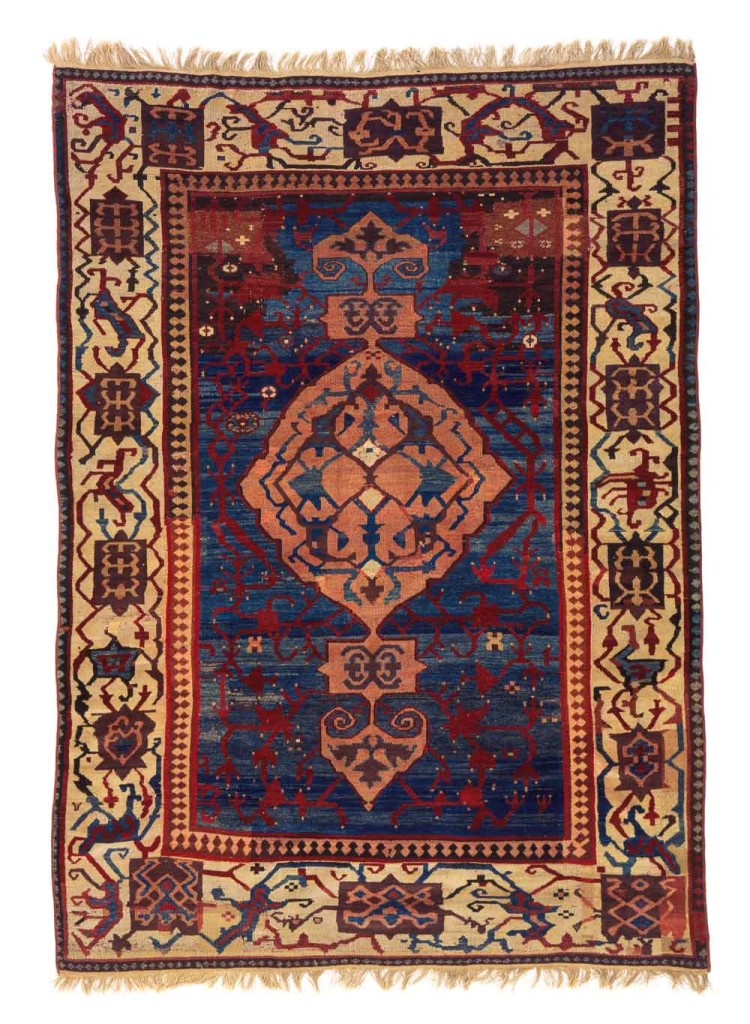 Walter Denny’s 21st-century selection includes some rugs that are today more highly regarded than they were in Ballard’s time, while others, among them a few of Ballard’s own favourites, have not passed muster. But despite our greatly increased knowledge and changing tastes, the Ballard rugs in St Louis are evidence of a collector well ahead of his time, ready to champion rugs without firm provenance or historical pedigree, that are now considered among the most percipient of his wide-ranging purchases. 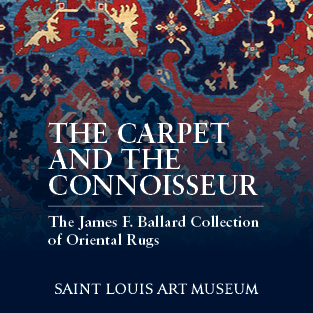